Can you believe that October is almost over!? Where did the year go?

As Christmas approaches, we can expect some really great sales from retailers as we gear up for the holiday and gift giving season. Kmart is first out the gates with a decent catalogue sale that runs for just a little over a week. It’s not their full Christmas catalogue but it’ll tide over LEGO fans who are itching for some LEGO deals. 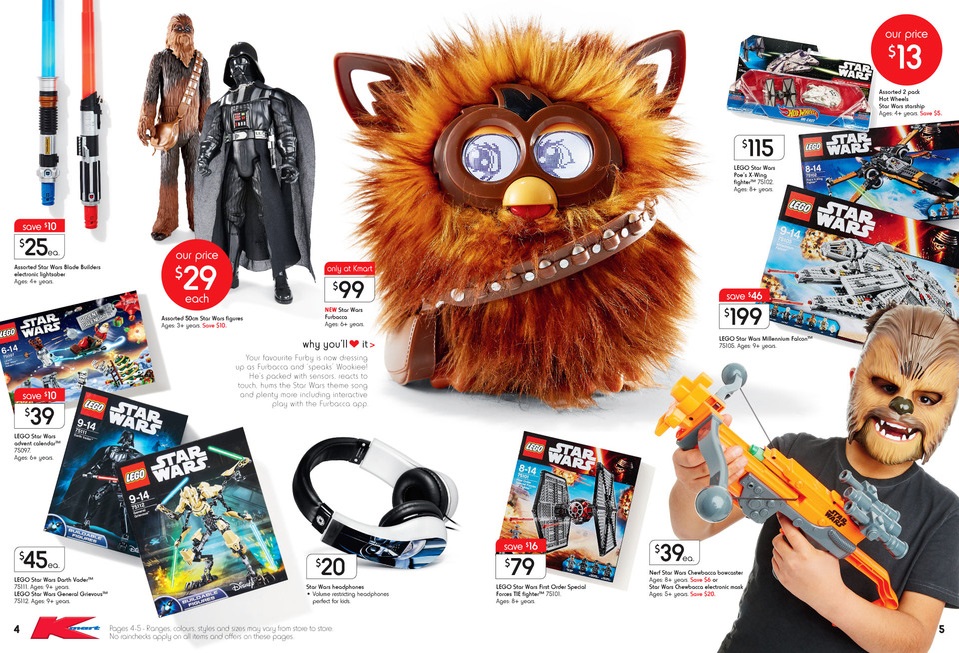 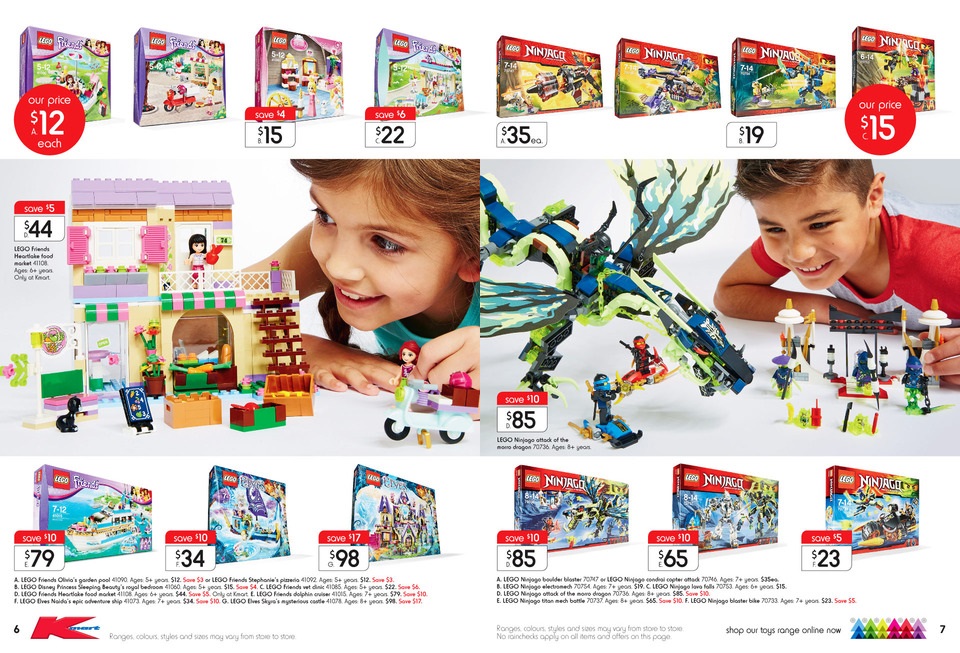 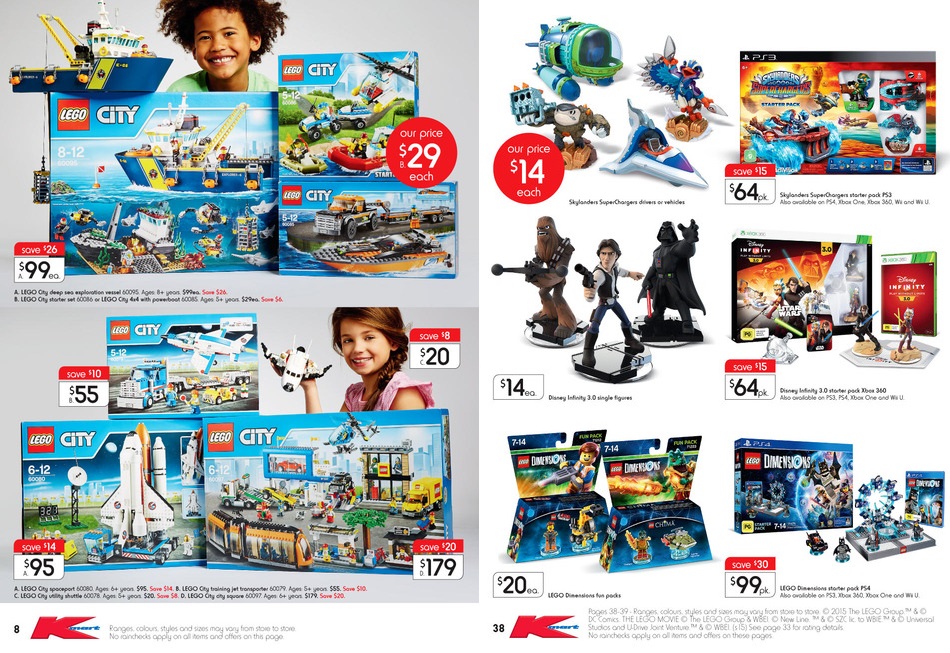 Kmart has its usual sale where selected LEGO sets are discounted. There are some outstanding deals here, I’ve highlighted some of the great deals that you should pay attention too. As usual, LEGO prices at Kmart are slightly below RRP, but I’ll be using the set’s usual RRP as a benchmark.

Kmart have put together a pretty amazing sale, with discounts averaging 25% upwards on average. Sets like the City Square, the excellent Deep Sea Exploration Vessel, Elves, Star Wars Advent Calendar and Ninjago are all great pickups. The Force Awakens sets hover around the 20% mark which is pretty decent. If you want to get into LEGO Dimensions, the PS4 Starter Pack is also priced at a very attractive $99 – that’s a whopping 41% discount off RRP!

Out of all these sets, I might pick up the Friends Food Market as its a Kmart exclusive, boasts a 26% discount and looks like a pretty fun addition to my growing collection. You can also purchase these sets online but shipping kinda wipes out most of the discounts. There’s a Click and Collect option which has a nominal fee which might be a better idea, especially if you’re after big ticket sets like the City Square.

Also remember that you can probably price match other retailers if going to Kmart is inconvenient.

Set’s featured here have discounts greater than 20% off RRP.

Not too bad of a start!