The Black Friday weekend is finally upon us, which herald the unofficial beginning to the gift-giving season as we inch closer and closer towards Christmas!

Hope you’ve been saving up your pennies these past few weeks as retailers will begin throwing everything and the kitchen sink at you this entire weekend.

Here’s a quick roundup of some of the best deals across the web from some of the main players. Keep checking this page and I’ll try to update it as we go along.

Be sure to also follow the Jay’s Brick Blog Facebook page, where I’ll be sharing flash deals and will generally be a little quicker with deals that will go quickly. 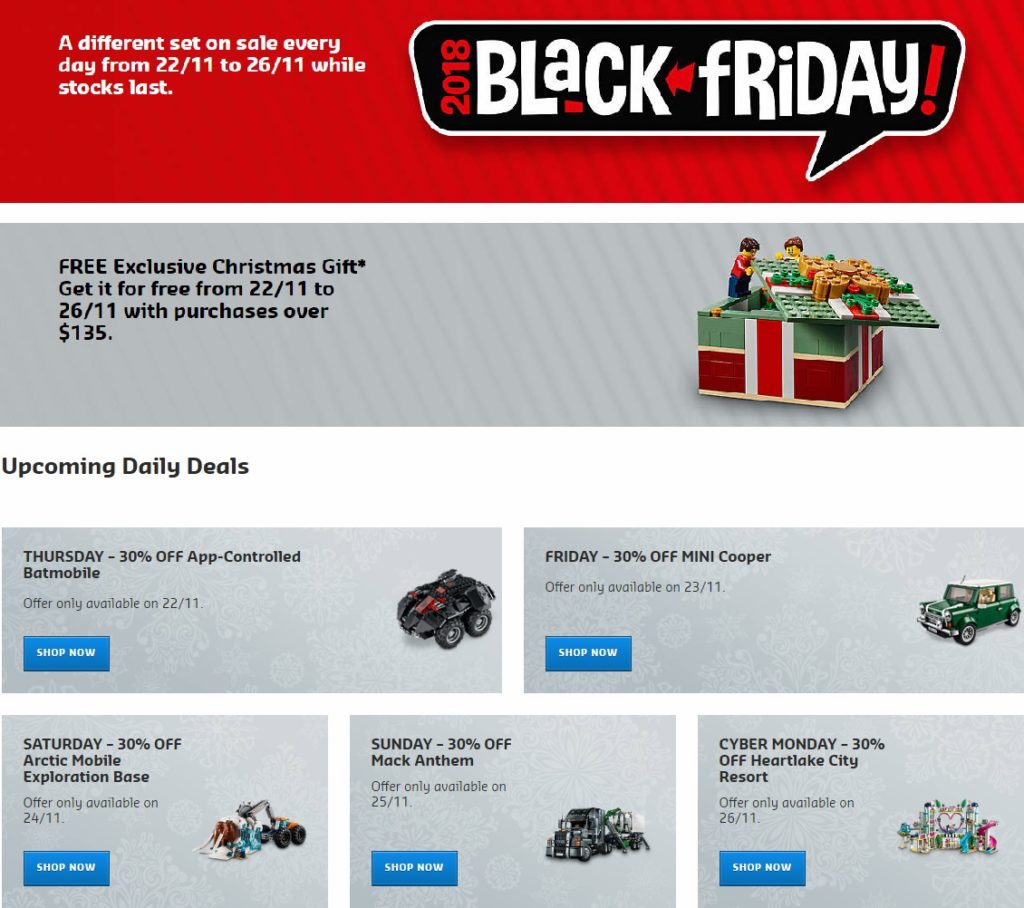 The LEGO Online Store will be running a raft of Black Friday deals across all territories, beginning today with 20% off selected sets.

There are some pretty significant sets on sale such as 70922 Joker Manor which are great for countries like the United States and United Kingdom where large exclusives rarely go on sale unlike here in Australia.

In addition to those deals, LEGO will also be discounting selected sets by 30% off with a different set each day till Monday.

Overall, it’s a pretty good mix, with something from every theme so no matter what you collect, there’ll be something for everyone.

The 30% off Mini Cooper is especially tempting to me and I suspect will be the most popular daily deal. Click here to view the Black Friday Sales hubs for your local LEGO.com store: 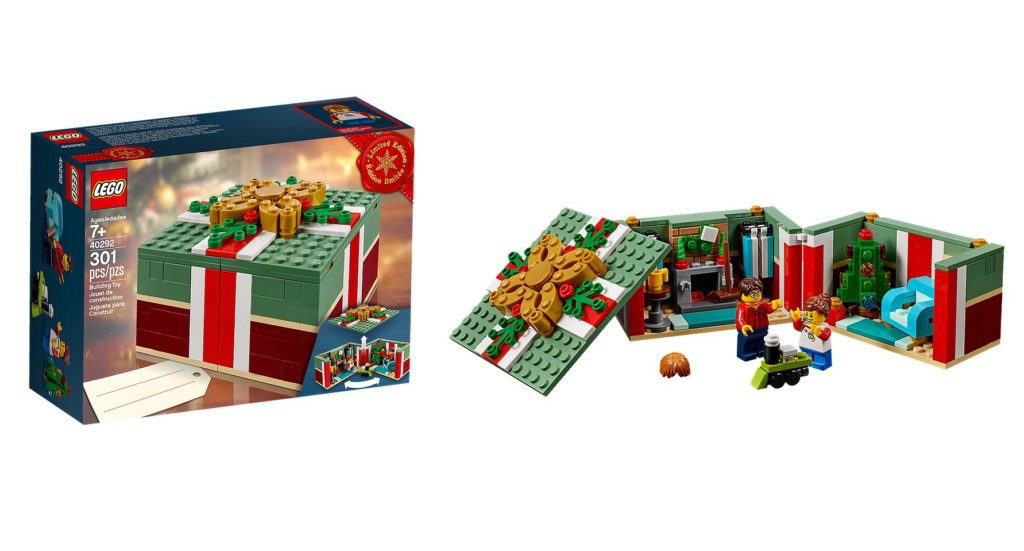 If you’re in the USA or the UK, you’ll be able to qualify for the free LEGO 40292 Christmas Gift promo set, which is free with all purchases of US$99 or £85 and above.

Unfortunately for us in Australia, it looks like the Online Shop has run out of stock of this set?

David Jones have a decent 25% off LEGO if you buy 2 or more sets. Useful, if you want to buy 2 UCS Millennium Falcons. One to display and one for uh, safekeeping.

I would recommend picking up the Ferris Wheel if you haven’t got it already as it’s soon to be retired.

I’d also be keeping an eye out on Amazon Australia for LEGO sales on tomorrow. They’re usually pretty competitive when it comes to price, plus if you have Amazon Prime (which is the best thing since sliced butter), you don’t have to worry about hitting arbitrary shipping thresholds.

Amazon Australia’s Black Friday Sales have begun and there are some ripper deals!

Amazon will also have flash sales throughout the weekend, so check this space or Facebook often!

If you’re in the USA or Europe, I’d keep an eye out on your local Amazon store. They’ve been promoting Black Friday and Cyber Monday deals pretty hard, so expect some surprising deals as they try and clear out of their LEGO inventory.

That’s all for now, check this page again or Facebook tomorrow and through the weekend as more retailers reveal their Black Friday/Cyber Monday offerings.

Let me know in the comments if you spot any good deals, and let me know what did you get for Black Friday/Cyber Monday!

Good luck and hope you score some sweet deals!