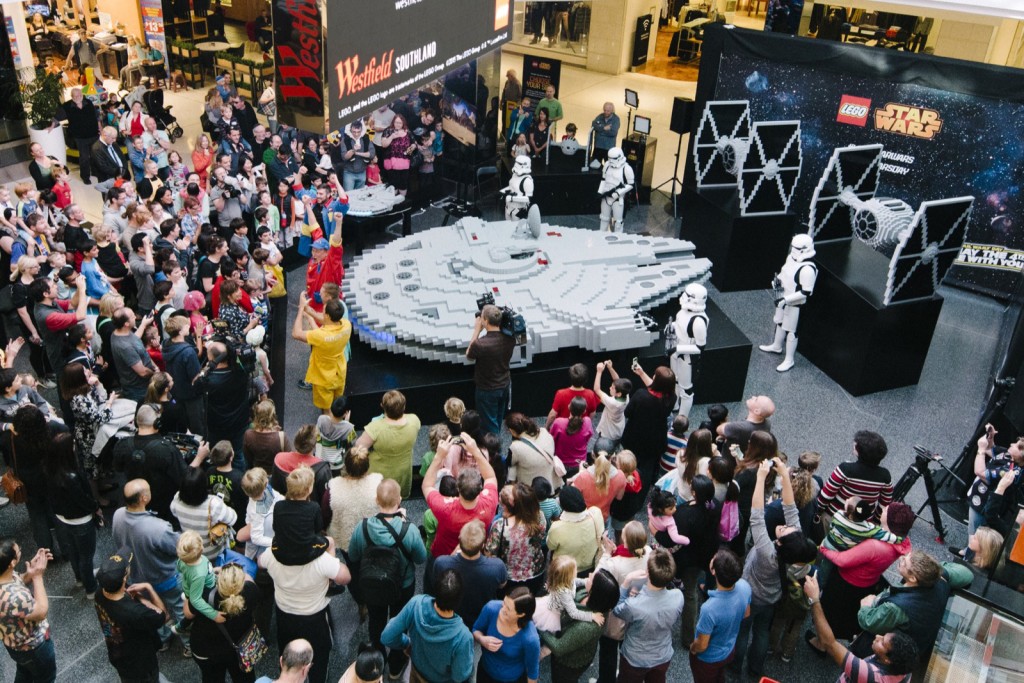 Read my interview with Chris Steininger to learn more about what it’s like having one of the best jobs in the world and being one half of the world’s only father-son Master Builder team.

I managed to drop by Southland on Saturday to be a part of the Star Wars Day Celebrations and do my part in helping put together the world’s biggest LEGO Millennium Falcon.

The Millennium Falcon and 2 TIE Fighters will be on display at Westfield Southland till Sunday, 10 May so there’s still plenty of time to check it out!

LEGO Australia were gracious enough to fly in not one but two Master Model Builders this time around. 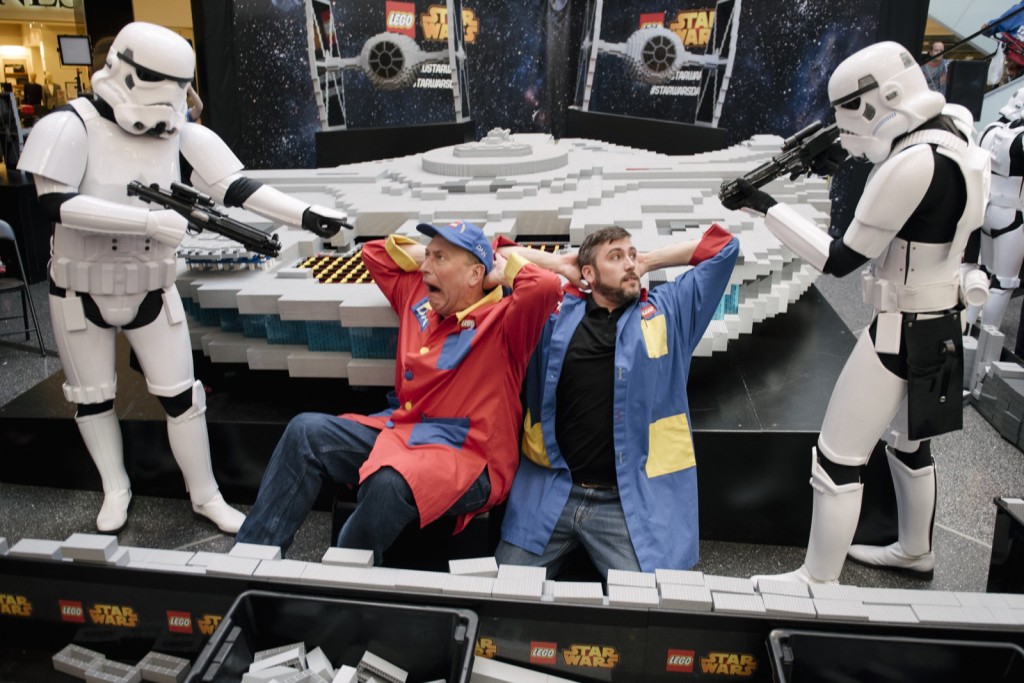 I was incredibly excited to finally meet Dan Steininger (I interviewed him last year) and his son Chris, which I interviewed this year. They were really great and I managed to chat with them for a short while.

They were ‘in the zone’ and concentrating quite hard with the Millennium Falcon build but still made time to chat with fans, sign autographs and interact with the younger kids. 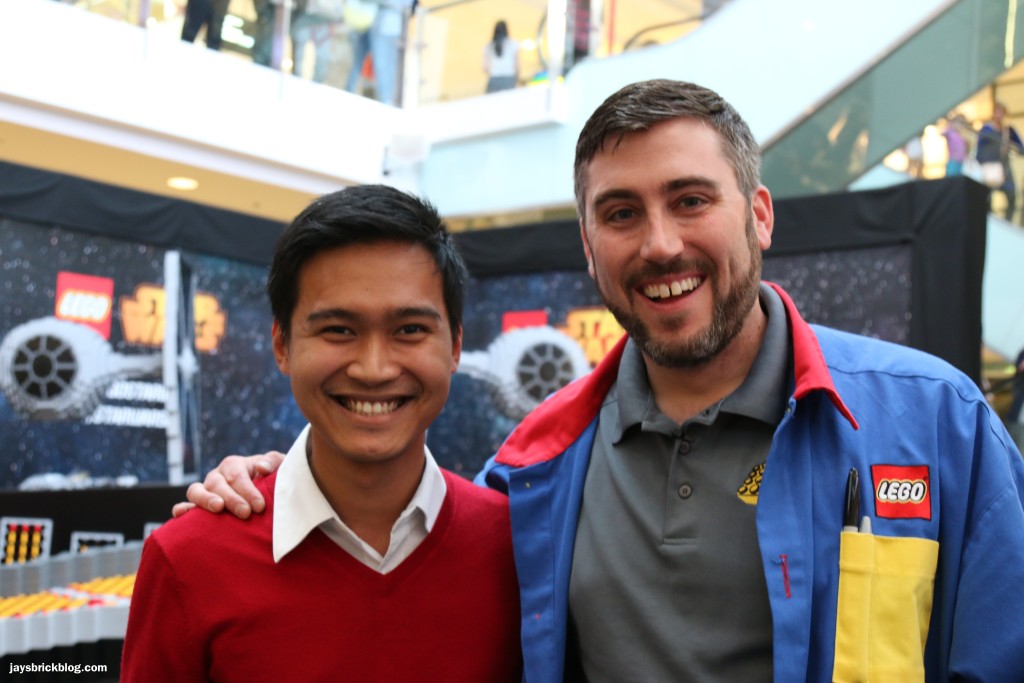 Chris was a top bloke. 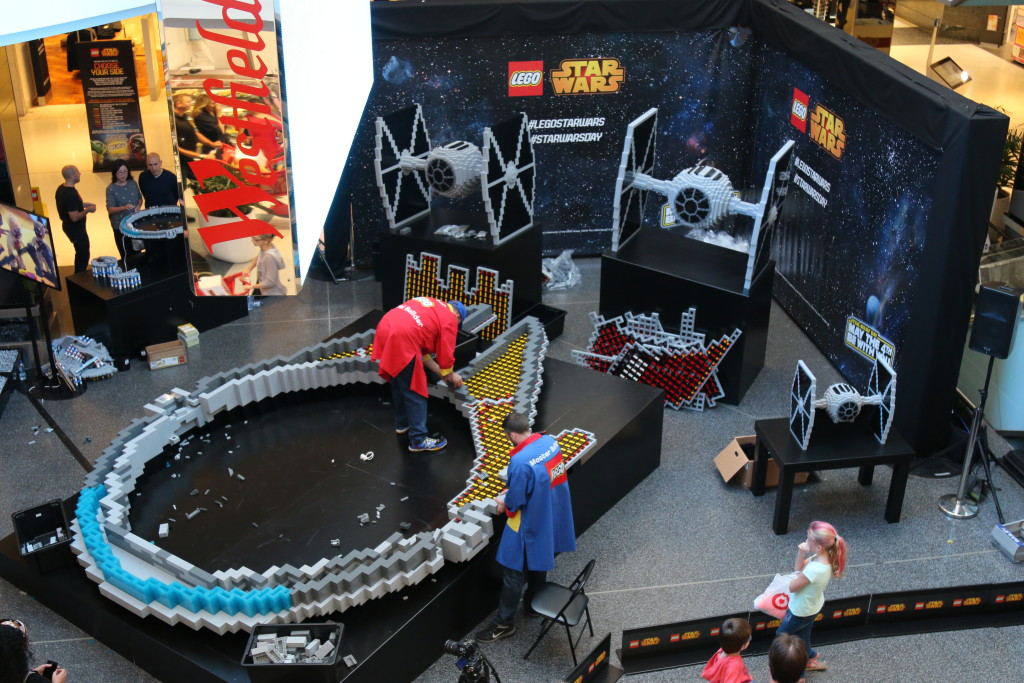 I got there on Saturday afternoon, at around 3pm and they were only just getting started on the Millennium Falcon. The frame was there and the event attendees were busy supplying the two master builders with oversized bricks 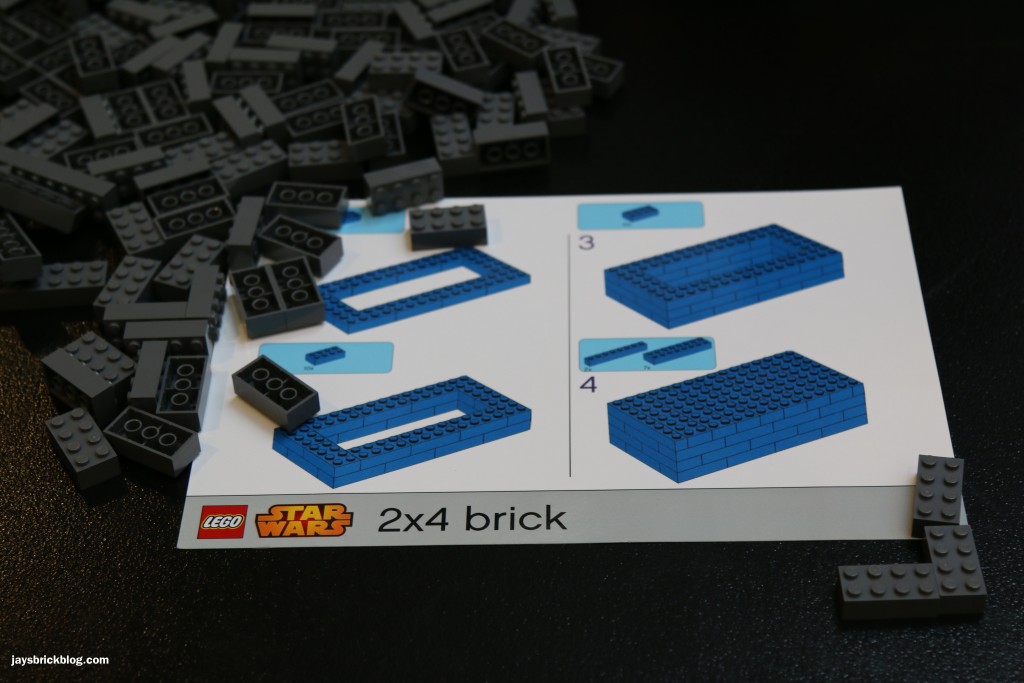 If you’ve ever participated in large scale LEGO builds, you’ll be familiar with these oversized LEGO bricks that the models are made out of. 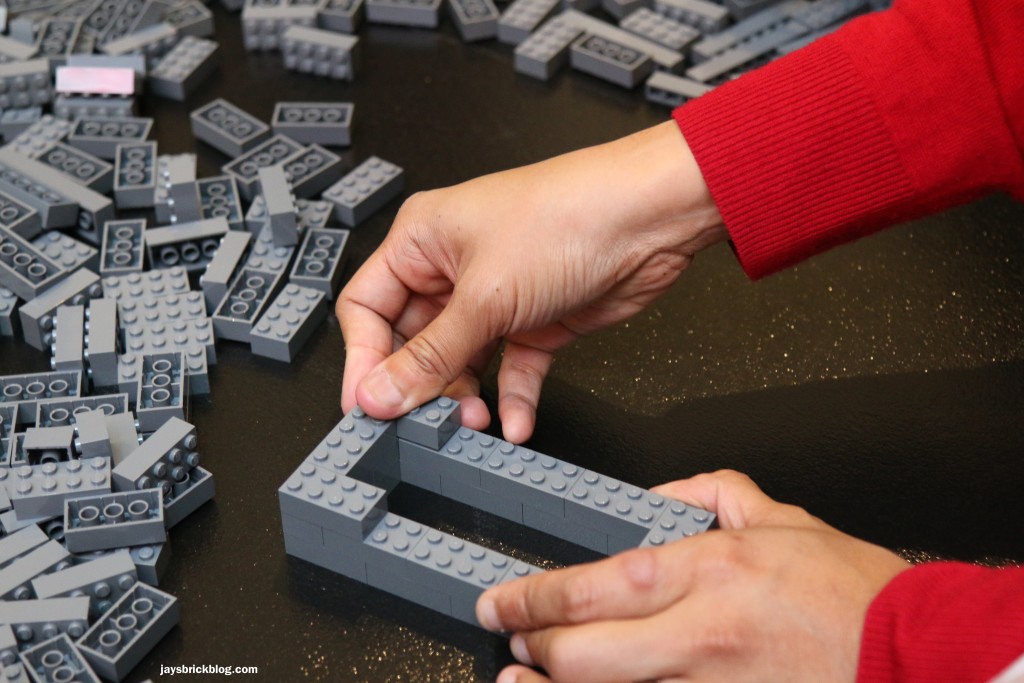 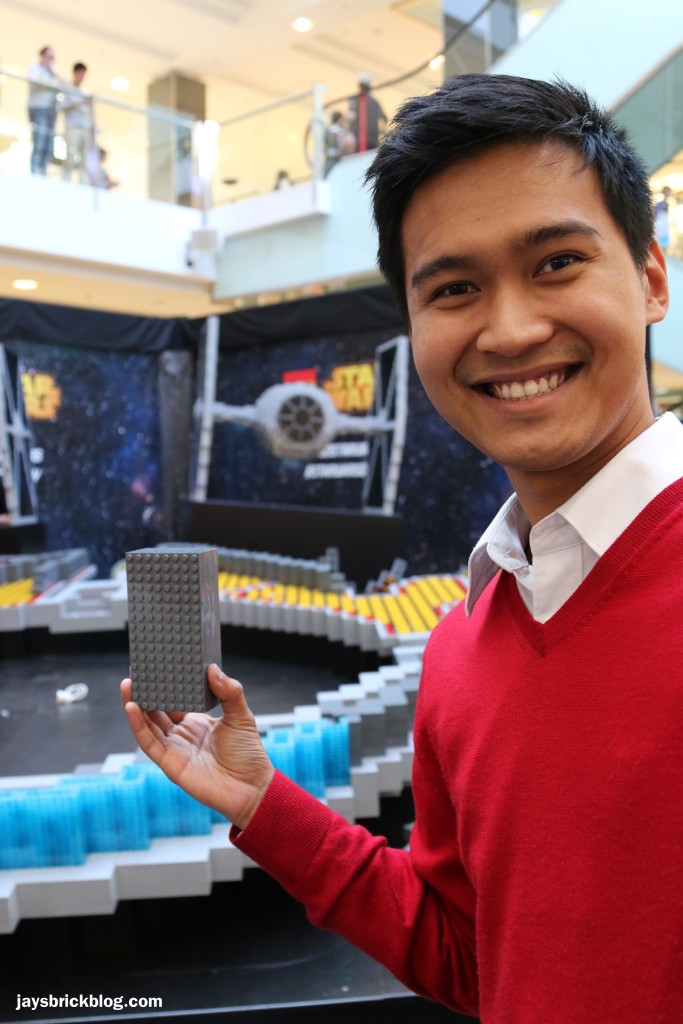 Here’s my contribution to the world’s largest LEGO Millennium Falcon!

There were building stations all over the concourse, and plenty of kids were hard at work creating these bricks, which the Master Builders then collected to add to the Falcon. 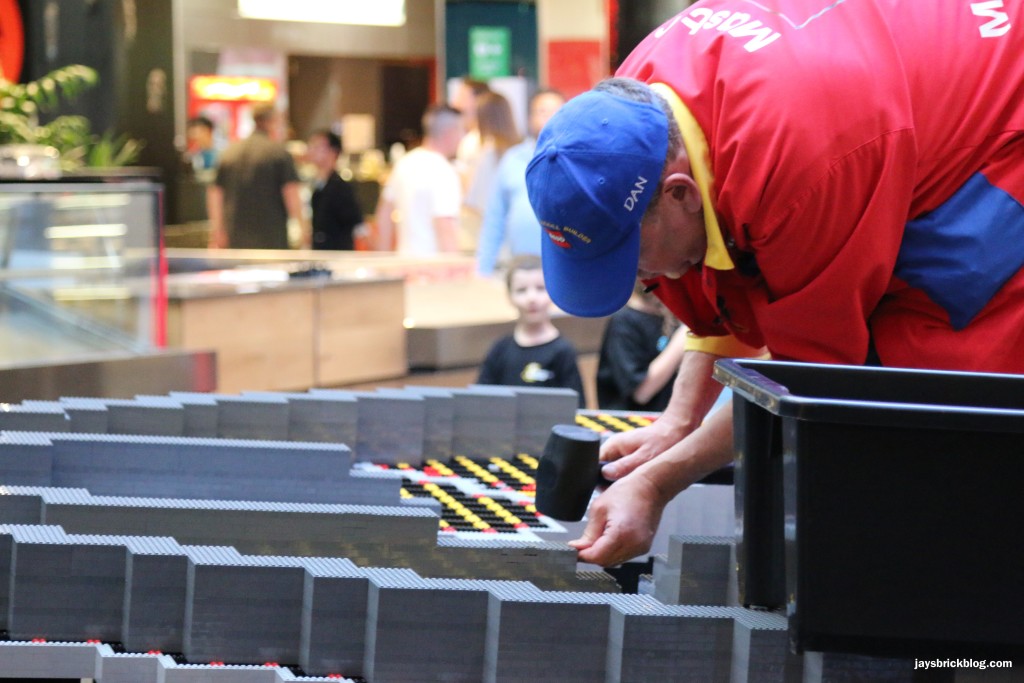 Dan Steininger, hard at work building the Millennium Falcon. I found it quite funny that he was using a rubber mallet to knock the bricks in! 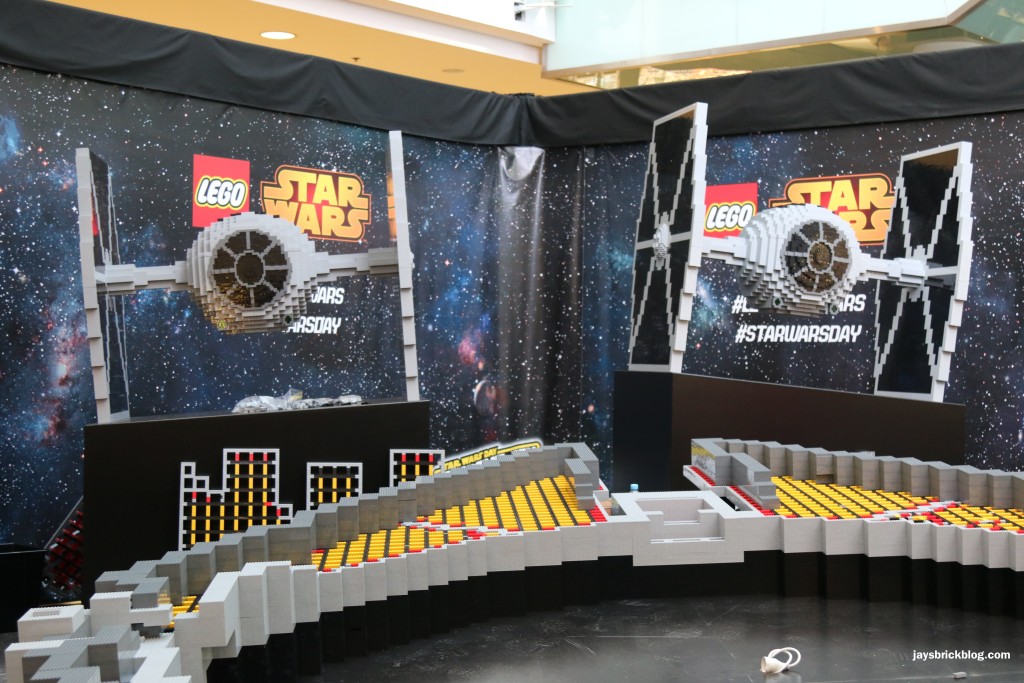 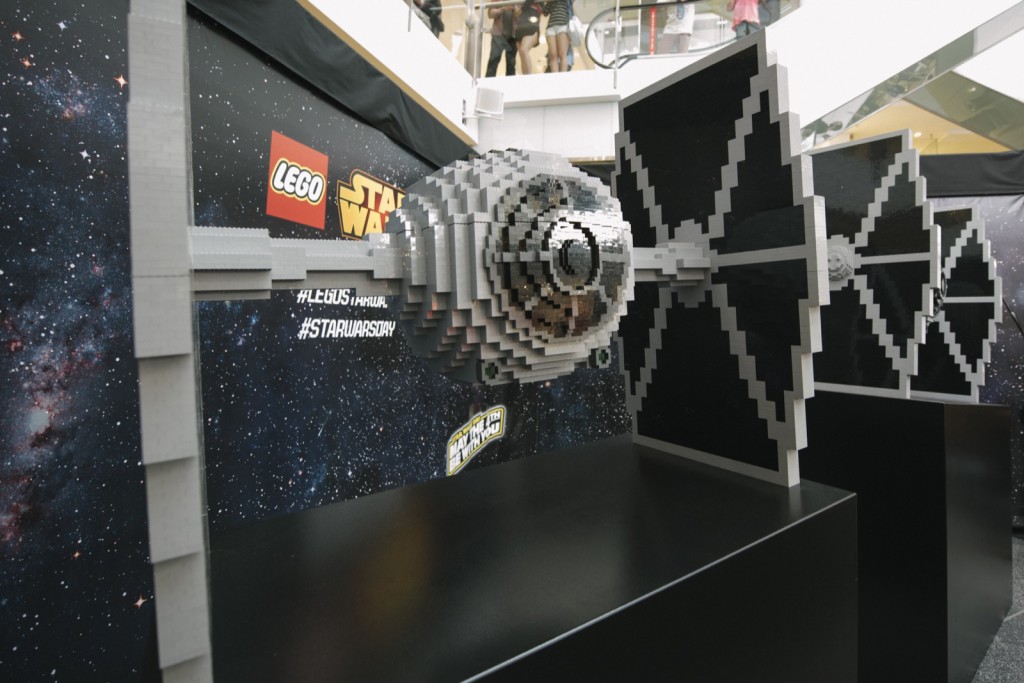 Apart from the Millennium Falcon, the Master Builders also constructed 2 TIE Fighters which were on display. I thought they looked pretty cool. 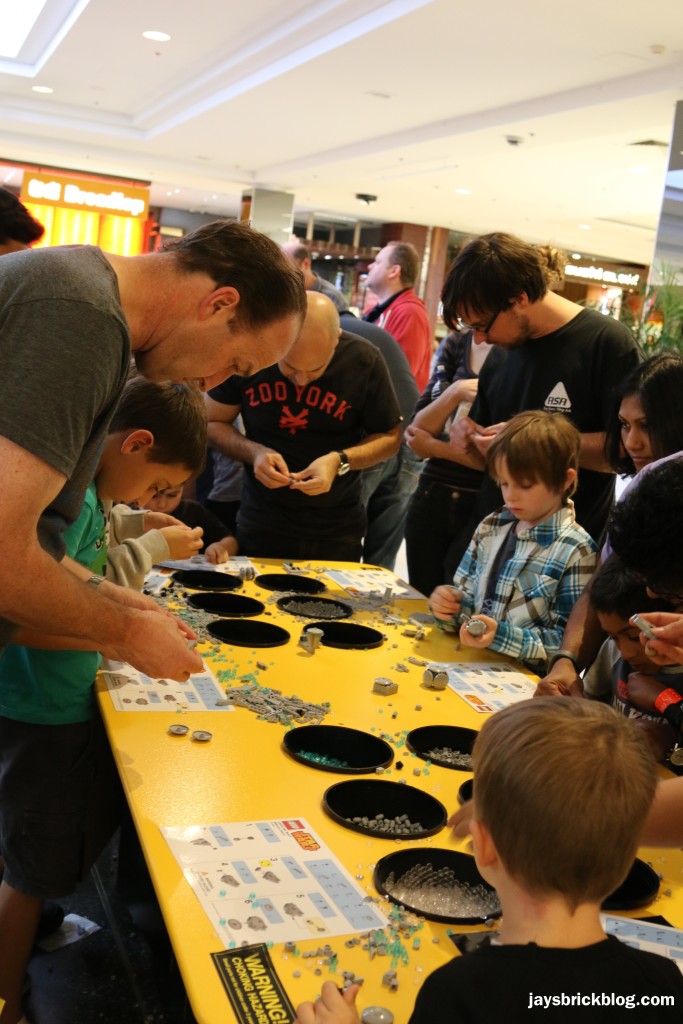 Apart from building oversized bricks, there were plenty of fun activities for the kids to participate in. Here, attendees were free to build a micro version of the Millennium Falcon to take home as a souvenir. Free LEGO is always a great thing. No one really policed the area, so technically you could’ve made like 10 Millennium Falcons for yourself. Technically. 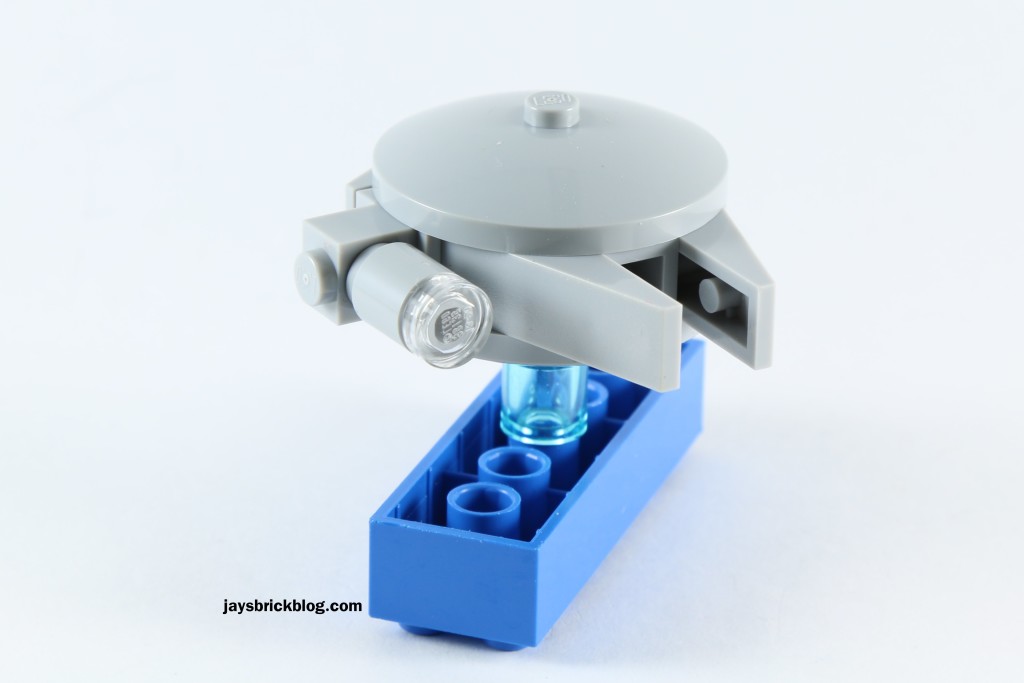 Here’s the end result. The blue stand is my own addition to make it look like it’s flying around. 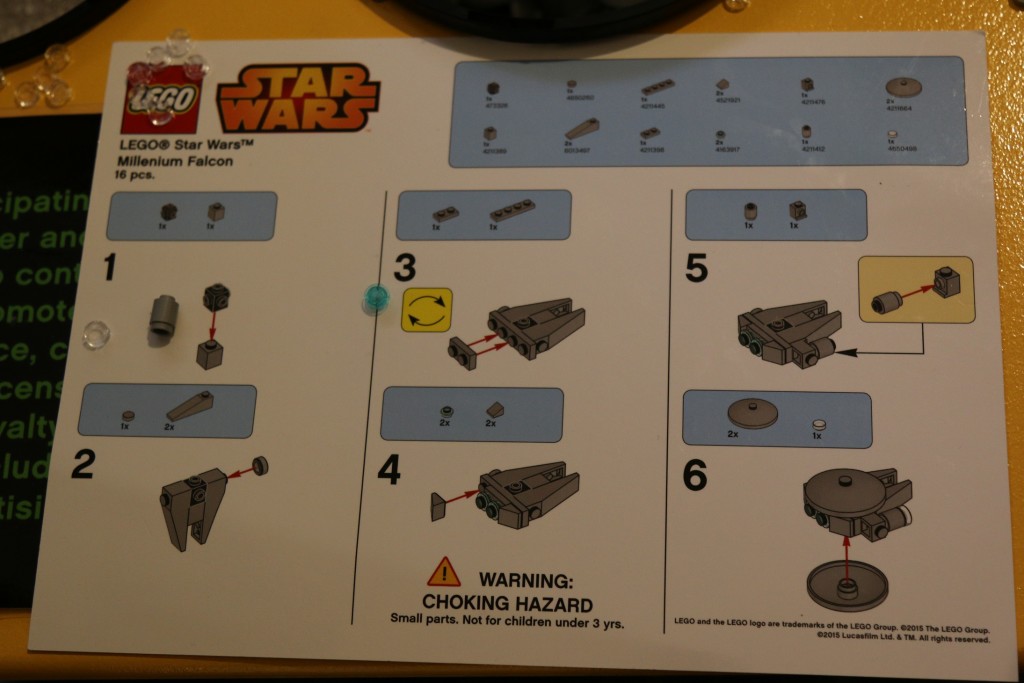 Want to build your own Micro Millennium Falcon? Here are the instructions! The parts are pretty common so if you have any spare bricks lying around, see if you can make one. 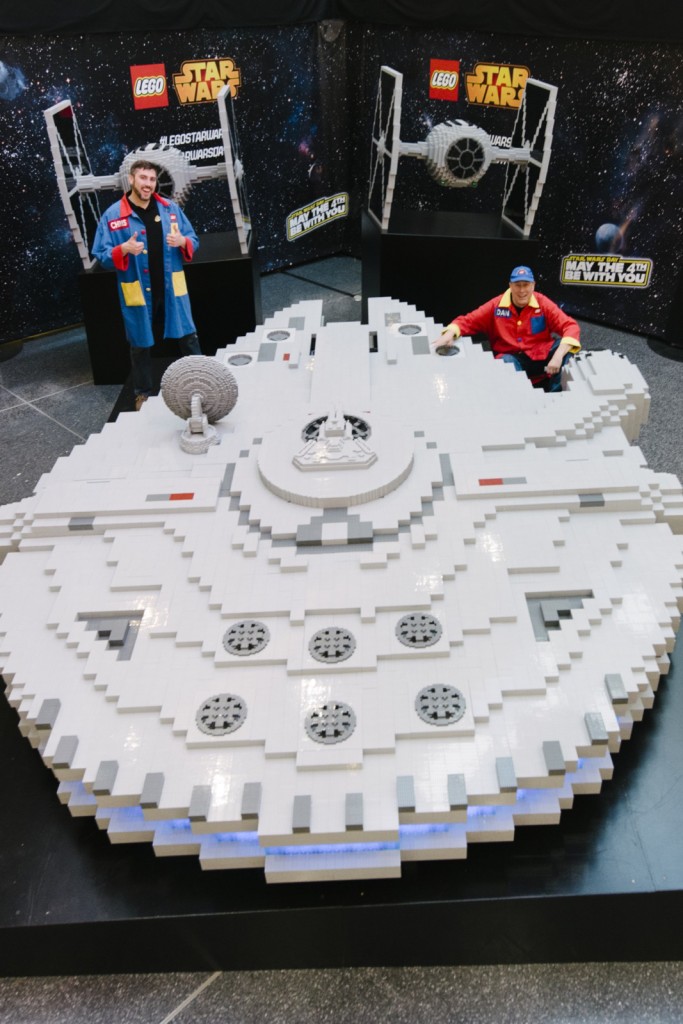 Here’s the end result – the world’s largest LEGO Millennium Falcon constructed out of almost 200,000 LEGO Bricks! The Millennium Falcon was unveiled at 3pm on Sunday, but sadly I wasn’t able to be there for the big reveal.

LEGO Australia put together a pretty cool hyperlapse video of the entire event, which shows you how it all came together. 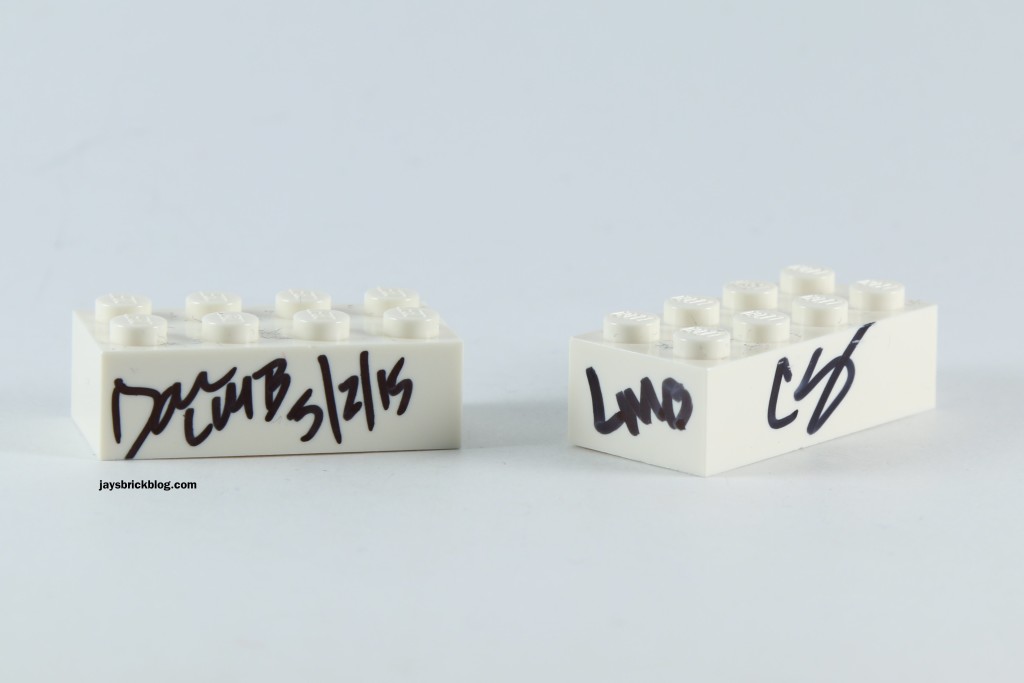 To celebrate Star Wars Day, I’m holding a special May the 4th giveaway on my Facebook page where you could win a set of bricks autographed by LEGO Master Builders Dan & Chris Steininger! Check out this post to find out how you can win this money-can’t-buy LEGO memento. There’s also a couple of consolation prizes up for grabs as well!

Good luck and May the 4th Be With You!