To celebrate Christmas, LEGO Australia with the help of LEGO Certified Professional Ryan Mcnaught constructed Australia’s largest LEGO Christmas tree right smack in the middle of Sydney’s Pitt Street Mall. It was all over social media and the news when it went up, and I couldn’t wait to go see it.

For more information on getting to the tree, check out Westfield Sydney’s event page. 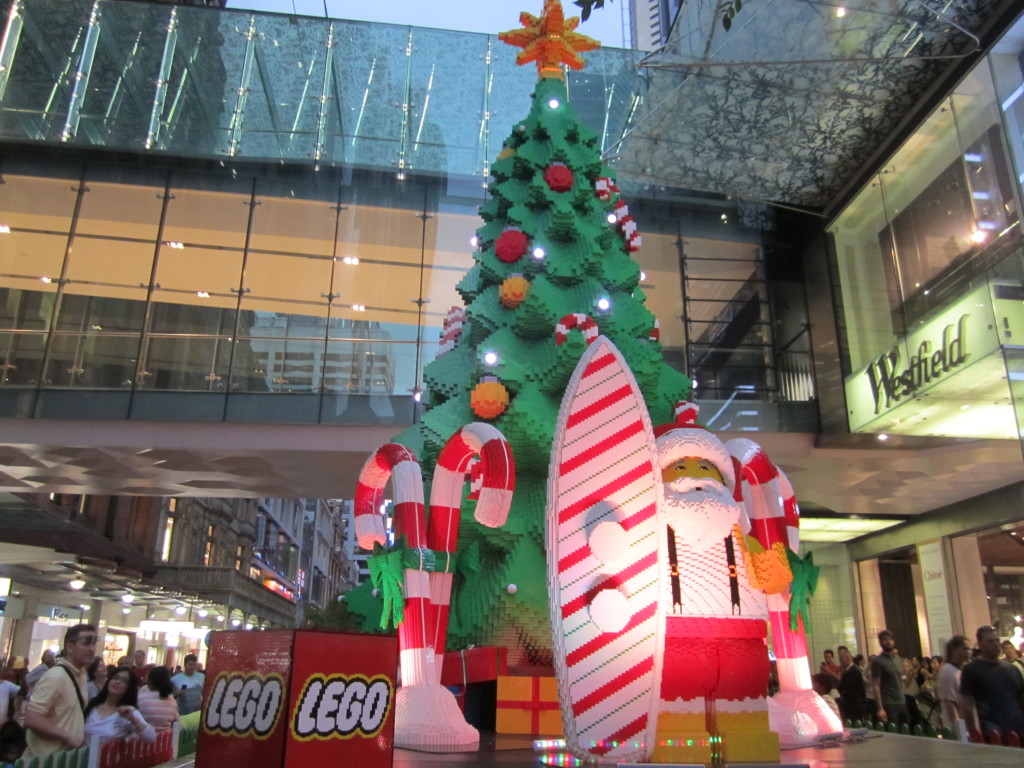 As luck would have it, I was in Sydney this weekend for a family thing and I HAD to take some time out of my schedule to go see the tree with my very own eyes. Needless to say, it was an incredibly delightful experience seeing it in the flesh. While it was all over the news and on Instagram via the hashtag #LEGOXmas, nothing beats being inches away from the massive LEGO tree! 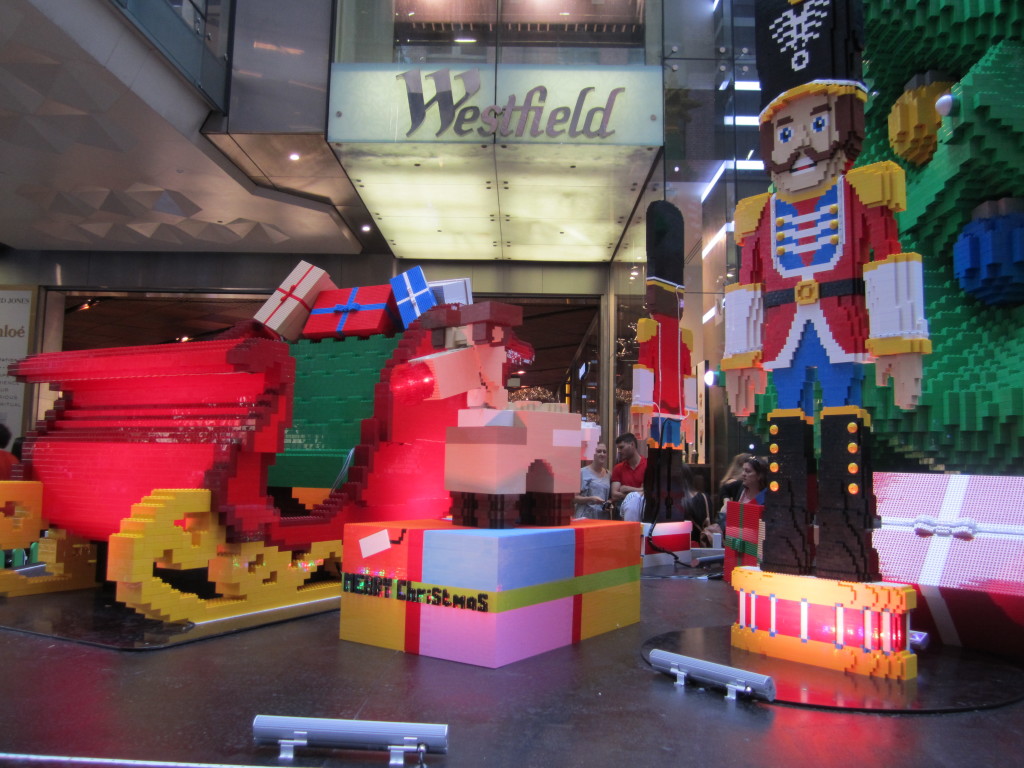 Surrounding the tree were all sorts of Christmasy models, such as Santa’s Sleigh and a supersized version of the adorable reindeers found in this year’s Winter themed set – Santa’s Workshop. 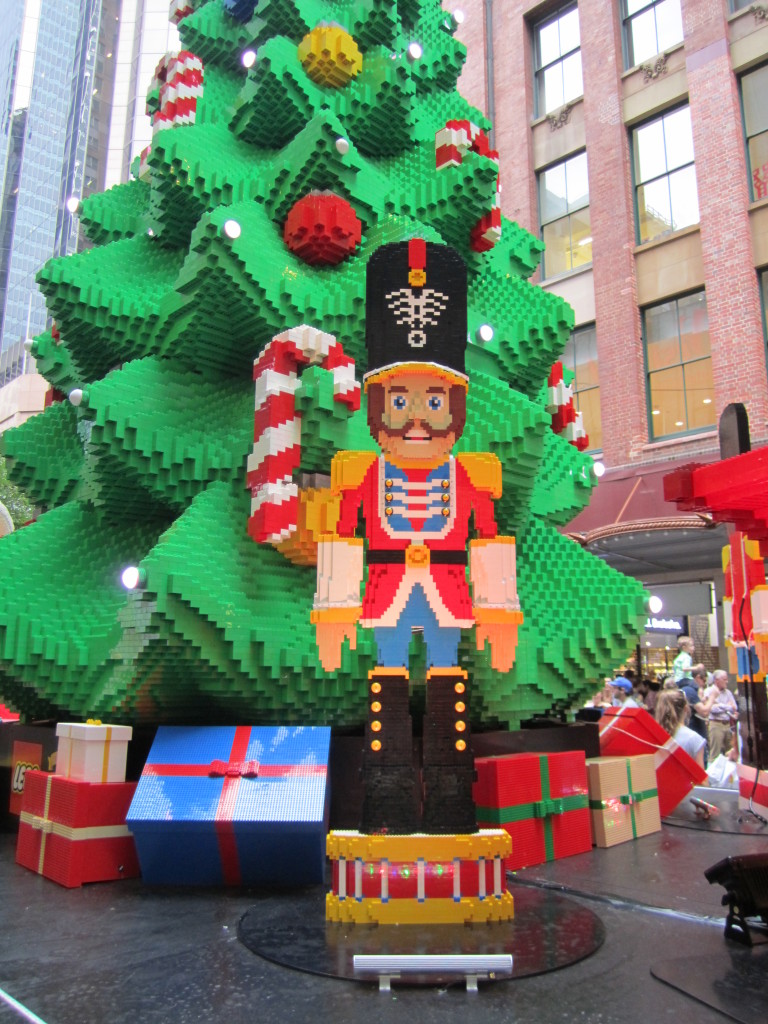 The LEGO Drummer was also very impressive – looking very charming and pixelised. The facial features blew me away. 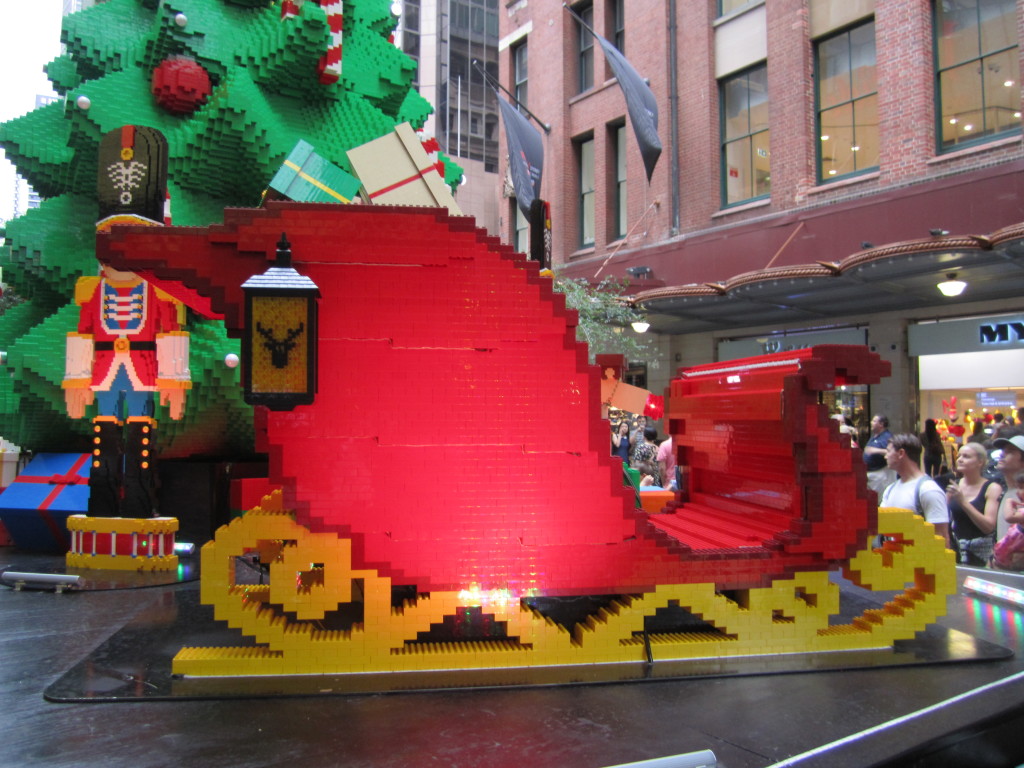 Santa’s sleigh was also equally awesome – the little lamp hanging from the back had a reindeer symbol on it which was a very cute touch. I kinda felt that it would’ve looked a lot better if they had placed some lighting inside the lamp to make it glow. 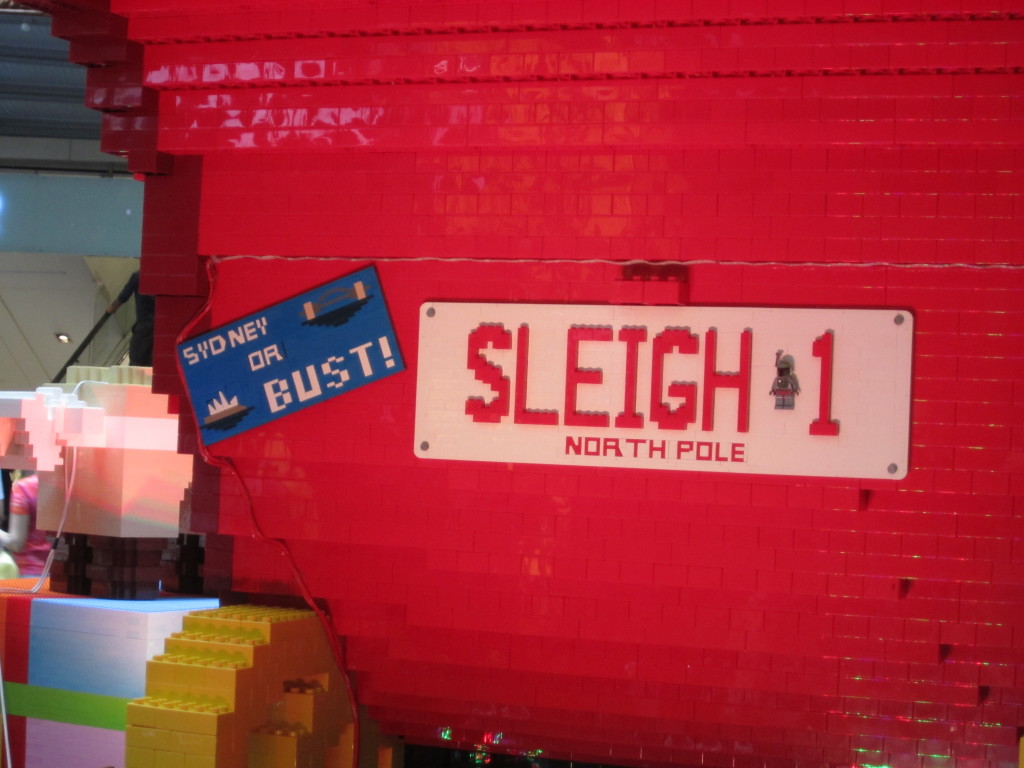 Behind the Sleigh, I discovered a really clever wordplay reference to Boba Fett’s iconic Star Wars Ship – the Slave 1. Check out the Boba Fett minifigure attached to the license plate. 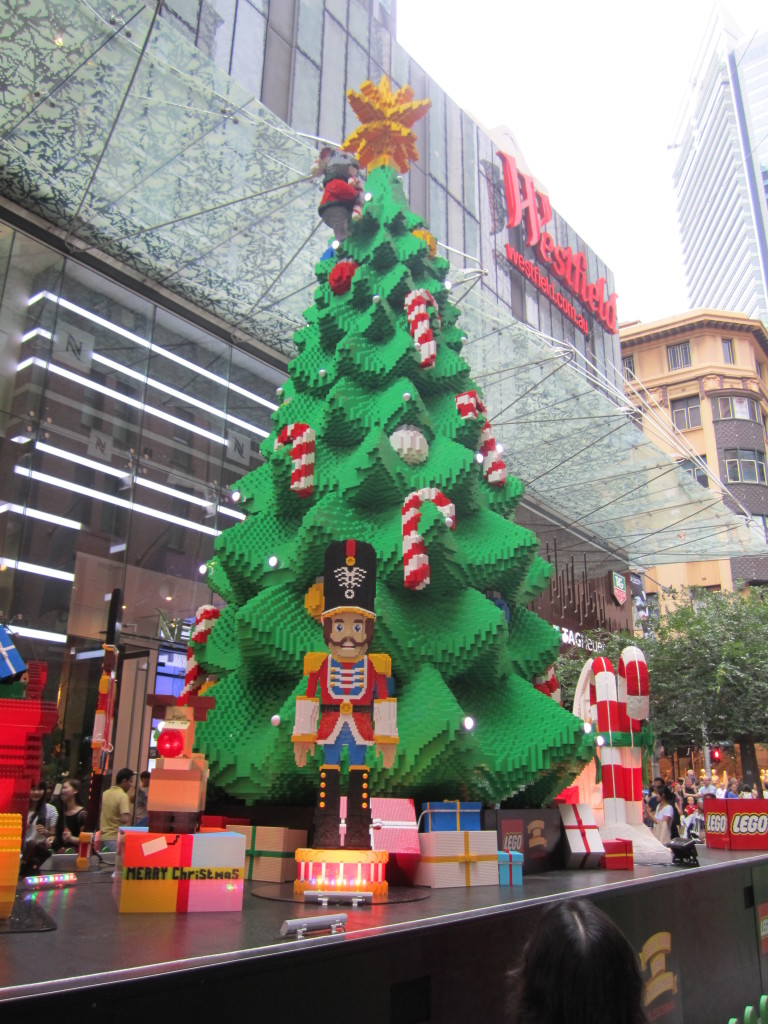 Undoubtedly, the tree is the highlight of the entire scene. It towers above  eager shoppers and tourists at almost 10 metres tall. According to a fact sheet at the tree, that’s taller than a two-storey house and it is also wider then a family car. The tree itself is made out of DUPLO blocks and consists of about half a million bricks. It weighs in at 3.5 tonnes and according to Ryan Mcnaught, is his biggest build to date. 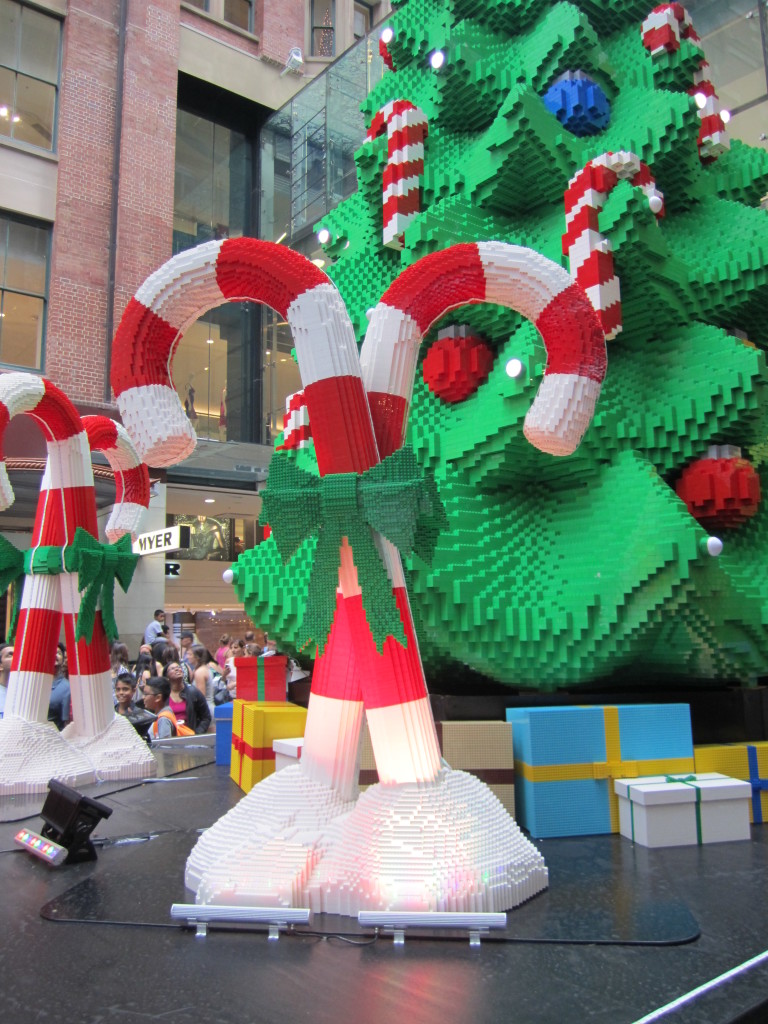 I also really liked the massive candy canes around the tree. The models are exceptionally beautiful. 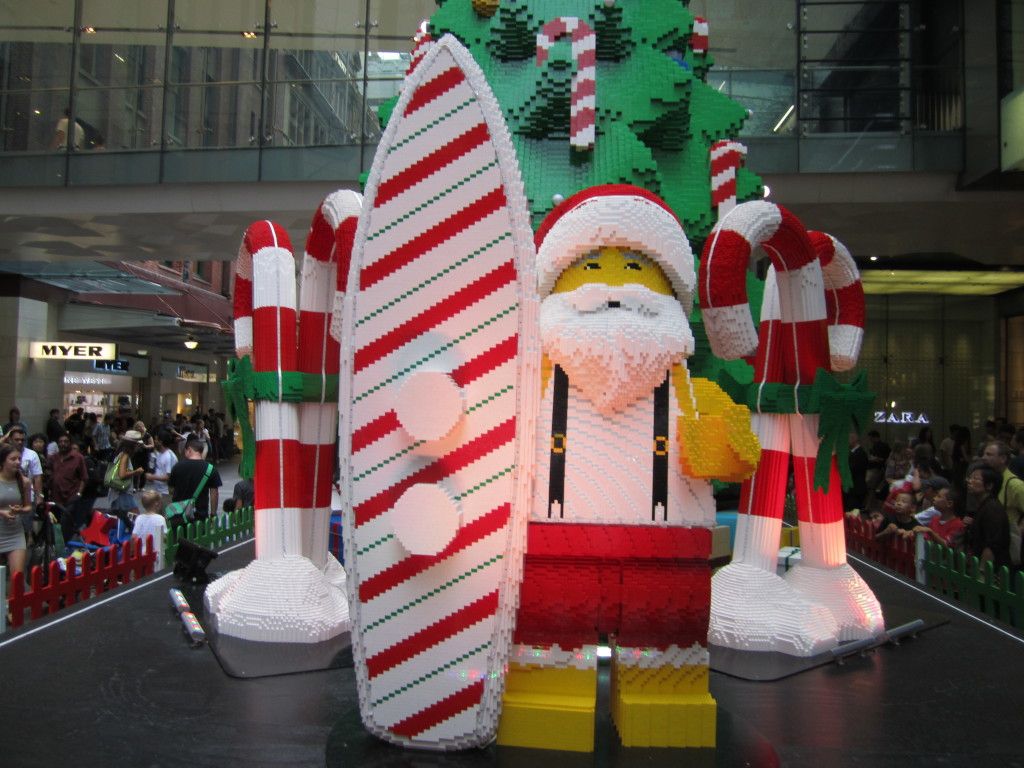 If you’re reading from overseas, Christmas in Australia occurs in the Summer, and one of the brilliant touches was to have a Santa wearing a singlet and shorts while carrying a Christmas-striped surfboard. 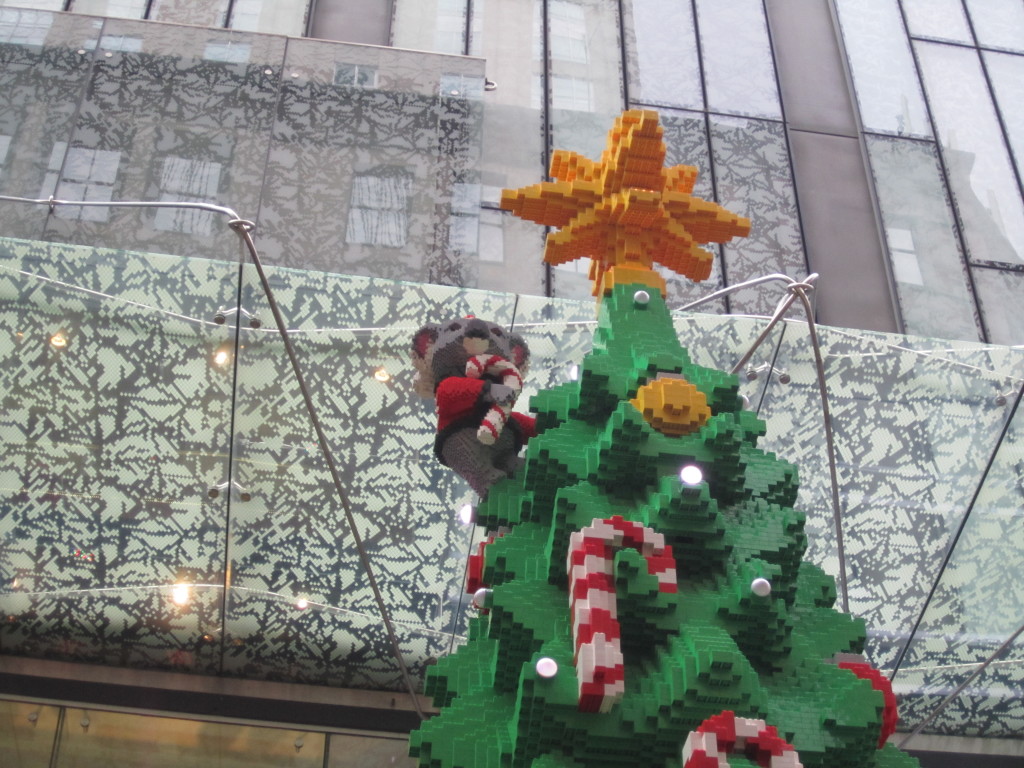 Another cool little Aussie nod was the Koala dressed in a Santa suit chilling out at the top of the tree. 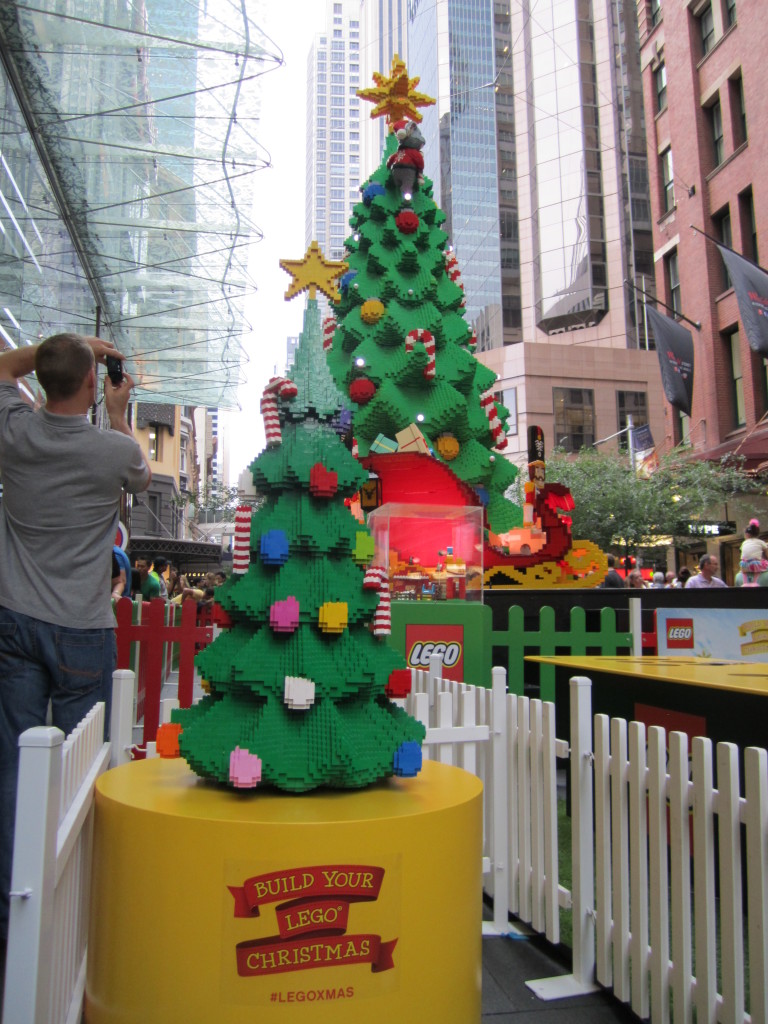 The LEGO team also shot a time-lapse of the construction of the Christmas tree by Ryan and his team of builders. It’s a really cool behind the scenes look at all the effort that goes into creating Australia’s largest LEGO Christmas tree. All in all, the tree took more than 1,200 hours to build. 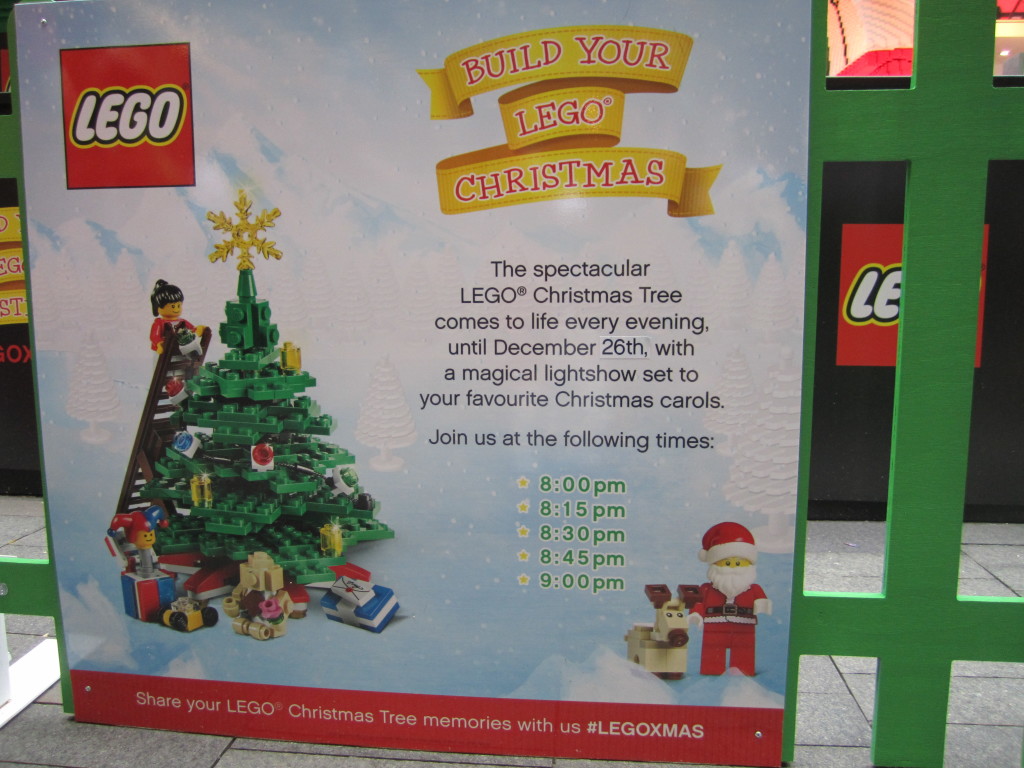 Apparently, the tree comes to life every evening until the 26th of December with a lightshow and Christmas carols. Here are the times in case you want to go check it out. I think that having the lightshow and carols start at 8.00pm is a little too late. Having it start from 6.00pm would’ve been a lot more family friendly. 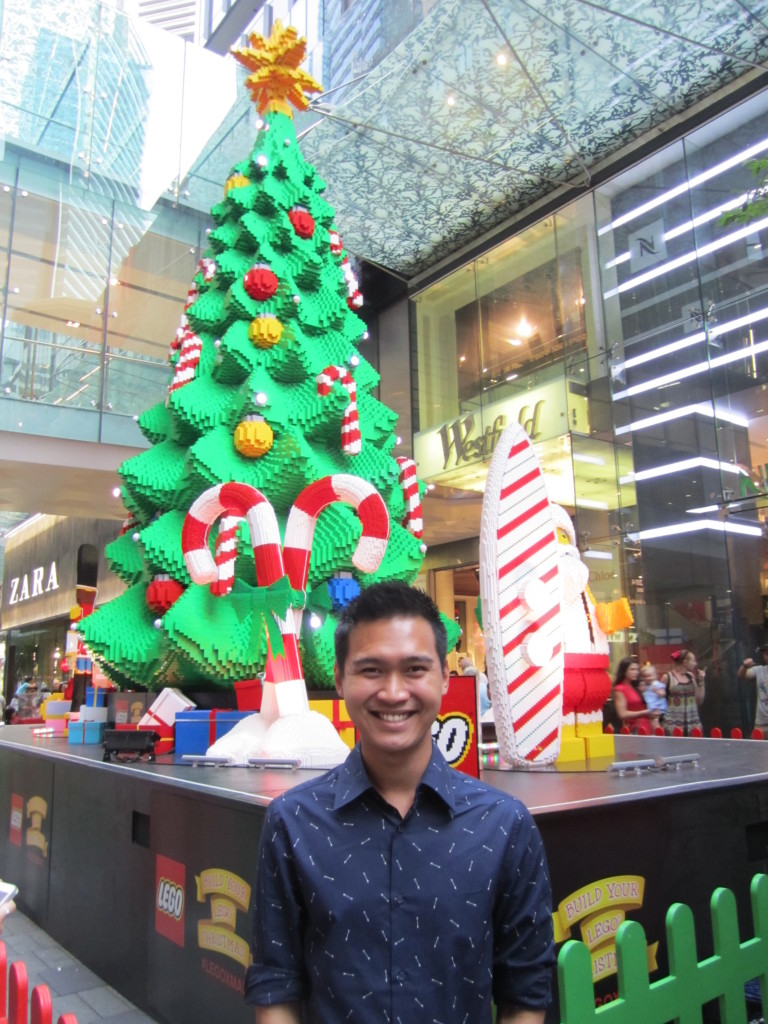 Here’s a photo of me at the tree – very happy to be able to check it out! If you’re at the tree and on social media, be sure to tag your photos with #LEGOxmas!

Have you been to the Westfield Sydney LEGO Christmas tree? Let me know what you thought about it in the comments!