I was right when I deduced that 1 December 2012 would be the release date for The Hobbit sets based on the information behind the limited edition Lego Lord of the Rings poster I got from Lego.com. 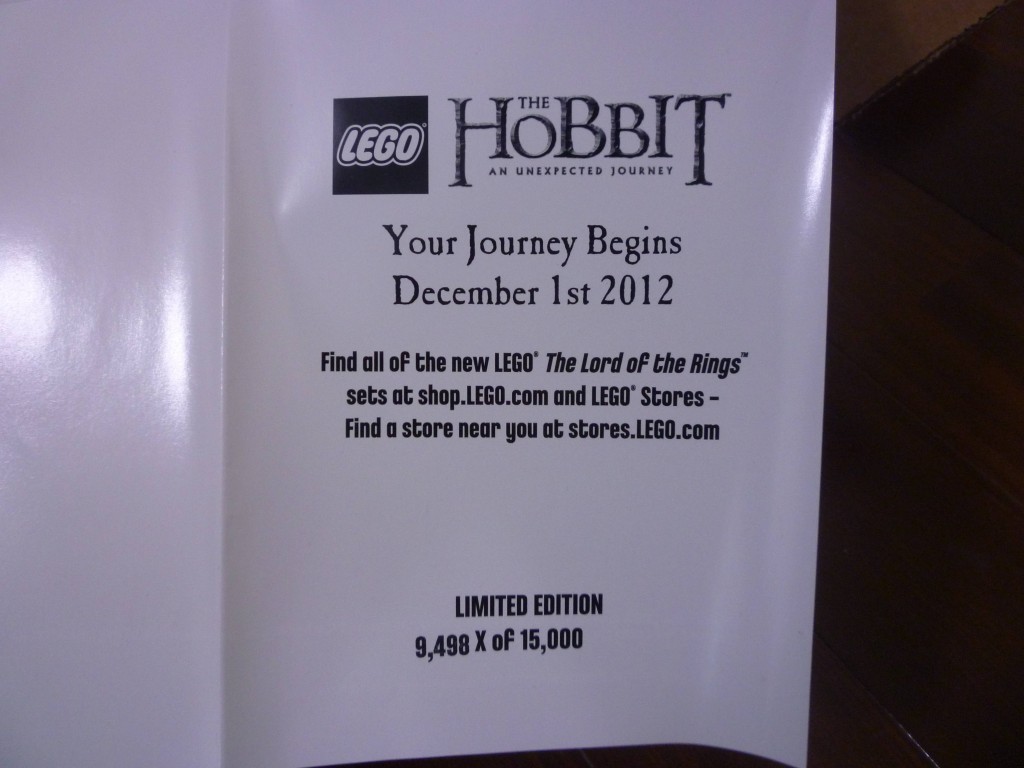 Here’s the teaser we got via The Hollywood Reporter on the first few minifigs from the upcoming licensed sets for The Hobbit.

Gandalf looks pretty similar to the one in 9469 – Gandalf Arrives, so nothing too new here. I really do hope we get a version of him brandishing Glamdring, his elvish sword.

Dwalin is Balin’s younger brother. Don’t remember much of him in the books but he sports a pretty sweet short beard and greyish gloves.

Bombur is the fattest dwarf in Thorin Oakenshield’s company and they seemed to have his beard-piece bulge out a little to achieve this effect. As a rotund dwarf, I remember him being quite a source of comic relief and fun in the book, as he struggles the most on their journey to The Lonely Mountain.

Bofur is Bombur’s brother and quite anonymous in the book but here, he sports a very very neat Ushanka complete with his hair sticking out. I really like the detailed printing on his torso as well.

Bilbo looks pretty similar to the other Hobbits featured in the first wave Lord of the Rings sets, sporting their trademark noodly hairpieces. He has some wrinkles around his eyes, which I find weird since it gives him a very aged look.

Last is Balin with a sick sick sick hairpiece. I’m not normally impressed by hairpieces but this one looks magnificent. If you remember, in The Fellowship of the Ring, the fellowship go up against a Cave Troll in the Mines of Moria, specifically in Balin’s Tomb, so I guess yeah, spoiler warning – he dies. His tomb was immortalized in 9473 – Mines of Moria

So overall, I’m very excited about The Hobbit sets! My wallet is not going to be happy come 1 December 2012, but oh well 🙂 I anticipate Bag End to make an appearance, the fight with the three Trolls and Rivendell to become sets, but only time will tell!