Finally, we have an opening date for Legoland Malaysia! Lego fans in and around Malaysia + Singapore are going to want to circle Saturday, 15 September 2012 in their calendars because that’s when the gates open in Malaysia and Asia’s very first Legoland Theme Park!

I’ve already bought my ticket so I’m all primed and ready to immerse myself in awesome Lego theme park goodness.

I find it a little strange that they chose to announce  the opening of Legoland MALAYSIA in Singapore (of all places!?). Ah who am I kidding, we all know that the whole reason they chucked Legoland in Johor was to cater to Singaporeans and their greater buying power!

Here’s a picture of the announcement in Singapore I took off the Official Legoland Malaysia Facebook Page (do like, you know, to help their social media team meet their KPIs). They’re also on Twitter!

Oh, oh, oh! To sweeten the deal, has also announced that they will build a LEGOLAND HOTEL in Malaysia!!! According to Legoland Malaysia general manager Siegfried Boerst, “the hotel was the first to be designed from a child’s eye-view and was scheduled to open in the first half of 2014”.

After seeing the great images from the Legoland Windsor Hotel (which I can’t embed here as I do not have permissions) I was sold right away. I mean… who wouldn’t want to stay and dine in a hotel that’s going to be designed to look as if it was built using Lego bricks. I know I would!

Well, since I’m all giddy about Legoland Malaysia, here’s a barrage of images! 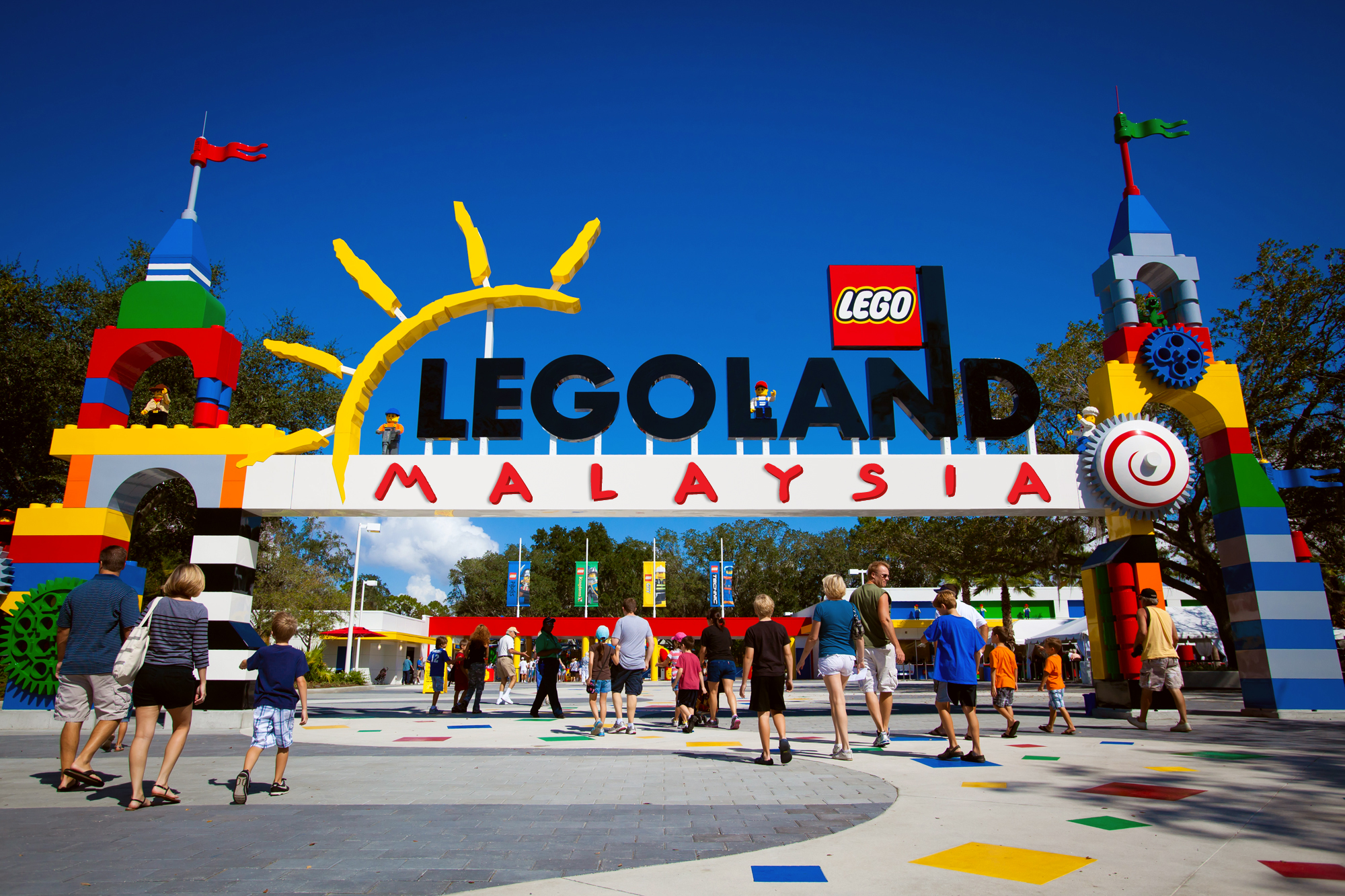 Here’s the majestic entrance to Legoland Malaysia, populated with a neat bunch of caucasian families with nary a Malaysian in sight! 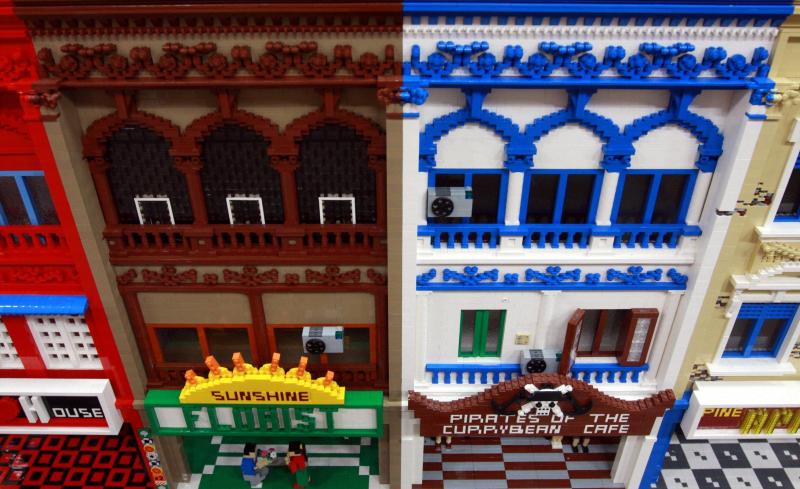 Here’s a purported shot of Miniland, a non minifigure-scale rendition of the world. We’re also going to go get renditions of the Petronas Twin Towers, KL Tower, KL International Airport and the Putrajaya Mosque, as well as other landmarks from neighbouring countries.

Let’s get to some rides 😀

Here’s the Beetle Bounce, a ride that boosts children to new heights, nearly 15 feet to be exact, as they are launched up one of two towers nearly touching the gigantic LEGO® beetles above them. Looks to be inspired by the recent Pharaoh’s Quest obelisks. This ride is located in the Land of Adventure  portion of the park which will also have DINOSAURS. 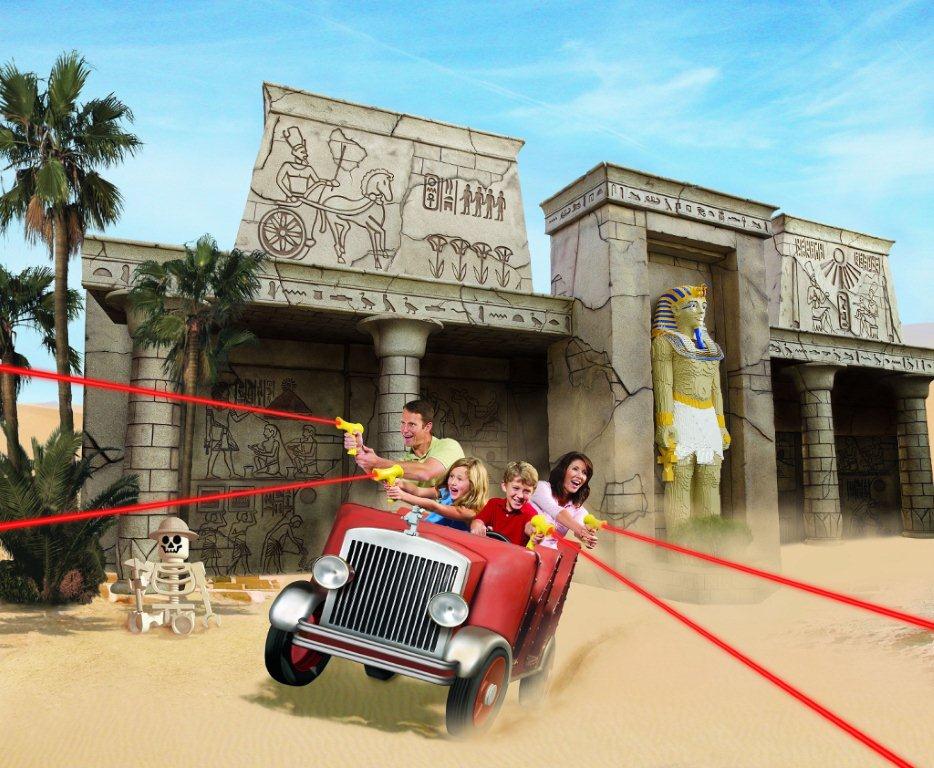 Here’s a shot of the Lost Kingdom with a family having fun shooting lasers. I can tell that this image is photoshopped because of the pixels. Looks fun, though! I anticipate that aside from the Lego Kingdom section of the park (because heck yeah, knights and castles!!!), this’ll be my favourite part of the Legoland Malaysia. 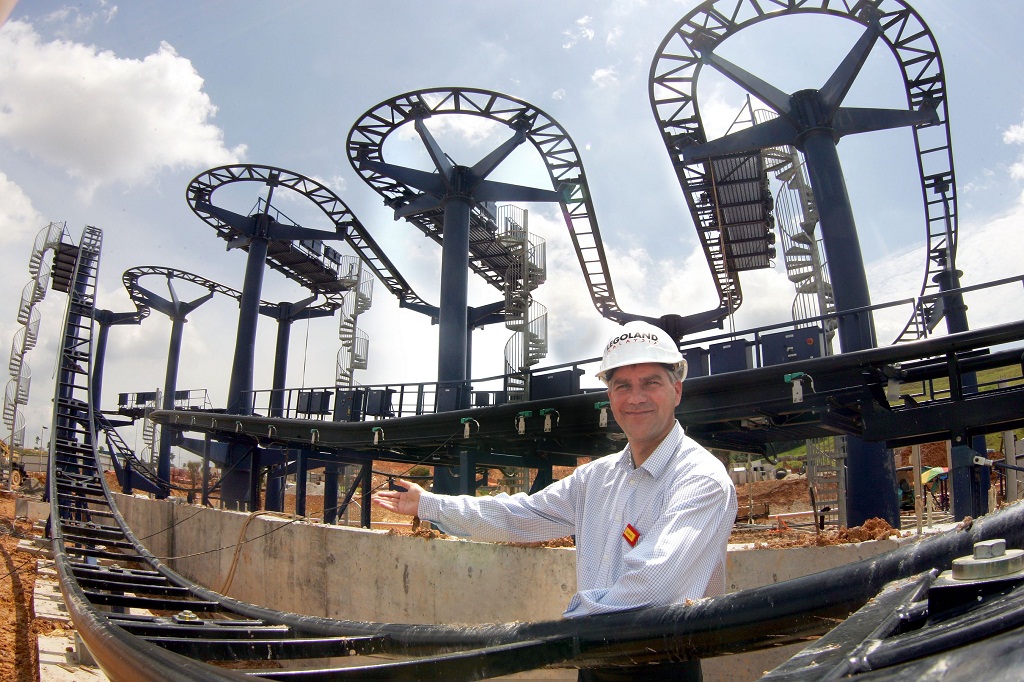 Here’s a very happy (and safety compliant!) Siegfried Boerst, GM of Legoland Malaysia next to a half completed, fully ominously sounding roller coaster ride called Project X. This looks to provide the adrenaline bursts that theme park junkies are accustomed to. The description on the website calls it “Racy, crazy and 18 meter high: This wild ride leads you along a steep switchback track with lots of sharp bends”. Obviously not for kids or short people. 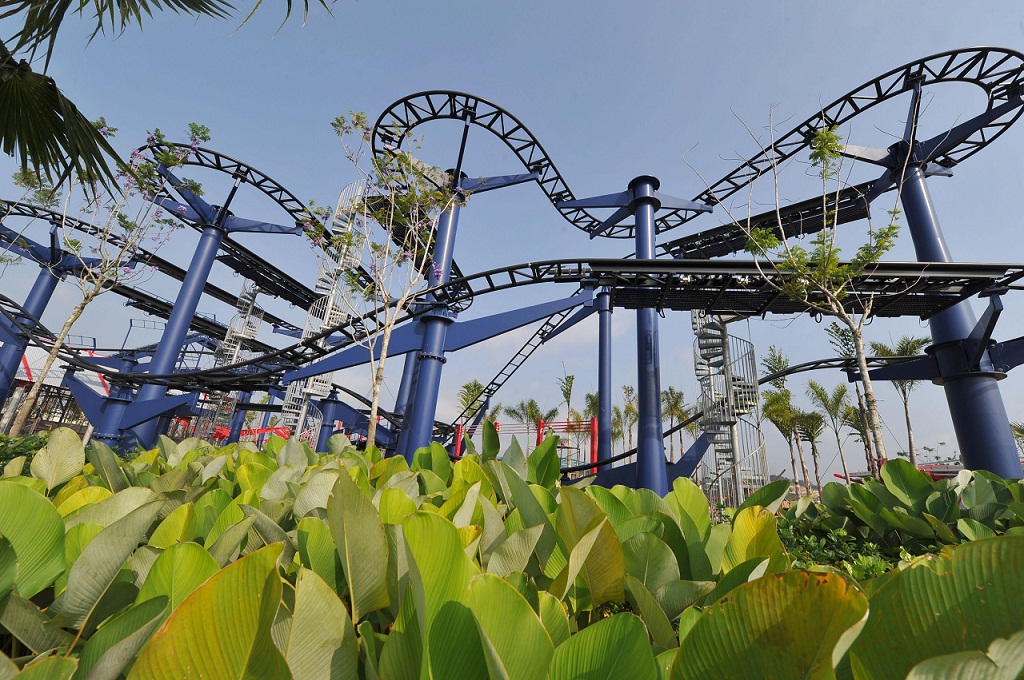 Here’s another shot of Project X. Looks cool. I’m a huge roller coaster fan so this looks like my cup of tea. 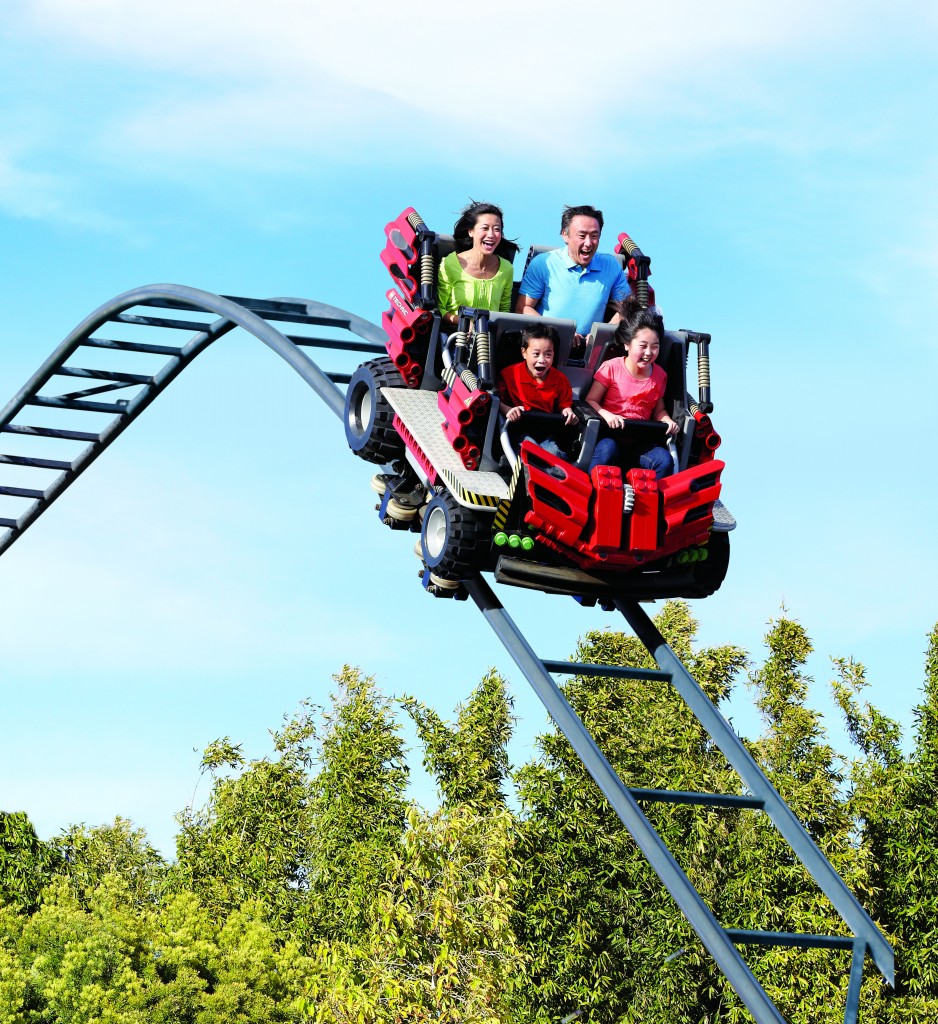 I saved the best for last. So apparently with the deluge of caucasian families in the stock photos, we finally have an image conveniently titled “Technic Coaster Asian Family“. I ain’t even lying this. It’s quite a scary ride as if you look at the bottom right corner of the picture, the tracks end abruptly. I think the Technic Coaster Asian Family will not survive this drop. My trusty intuition tells me that this dangerous ride will be found in the Technic Section of the park. Meh, not really into Technics.

I for one, can expect to be very very very excited come 15 September 2012!