Independent LEGO stores are an important component of the retail ecosystem. Like any value-driven shopper, I sometimes pay a heavy emphasis on the big brand stores because they’re generally more accessible and have pretty good deals on a regular basis. That being said, I’m also a huge fan on indie stores, run by passionate LEGO fans  brave enough to meld their interests with their job.

In addition to reviews and news, I’d like to kick off a new series called LEGO Store Spotlight, where I hope to highlight indie LEGO stores in Malaysia and Australia whenever possible as great alternatives to the usual huge department stores like Myer or Target. I also would like to feature the business owners and tell their stories, to sort of put a face on their business and give you some insight into what it’s like to run a LEGO business.

For the first LEGO Store Spotlight, I’d like to introduce you to Brick Sanctuary, a pretty cool LEGO store based in my home country of Malaysia. I first heard about Brick Sanctuary from my sister, who is friends with the owners when they opened up their physical stall in Amcorp Mall. I approached them to find out more about their store and that led to a small interview with Daniel, who runs this operation with his wife, Deniece. 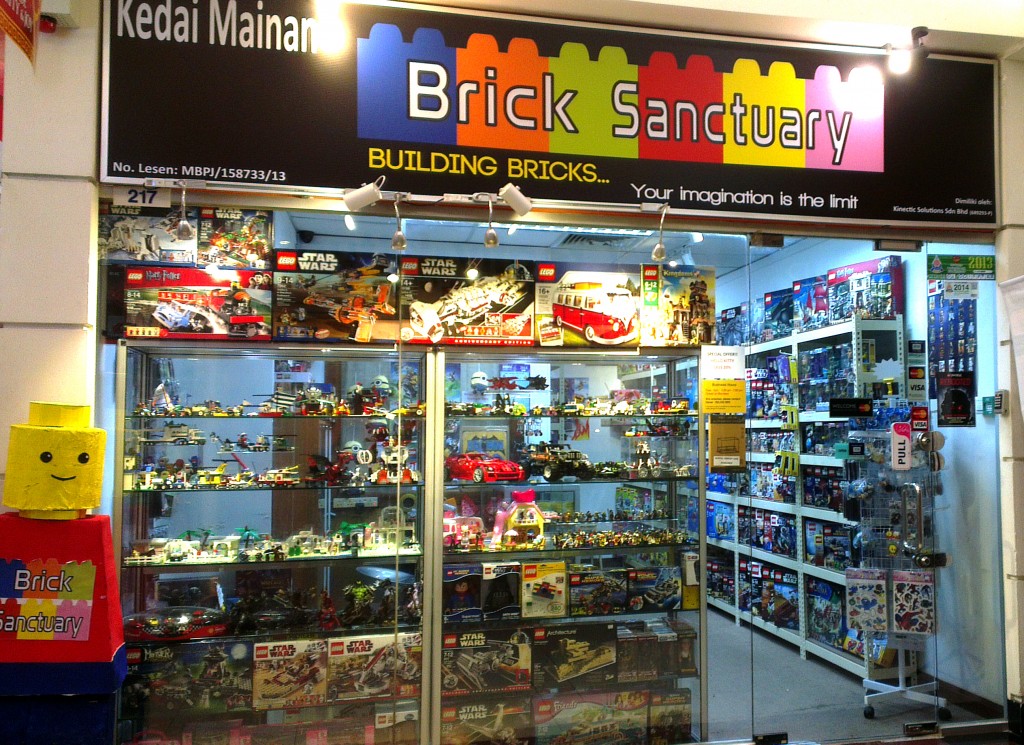 Jay’s Brick Blog: Tell me about Brick Sanctuary and how you got started with starting a LEGO store?
Daniel: Brick Sanctuary started from small beginnings and built up brick by brick – from online store to a table at the flea market to a physical store at Amcorp Mall – and we are here to offer all Lego fans a chance to enjoy a large variety of sets directly imported from US & Europe at affordable and competitive prices. Some of the sets you can find at our store range from rare sets like the Ferrari Fiorano 599 GTB (8145) and the Black Seas Barracuda (10040); retired sets like Pirate’s Queen Anne’s Revenge (4195), Harry Potter’s Diagon Alley (2025) and Star Wars’ Battle of Endor (8038) as well as Series 1 Minifigures (Full set); and current sets like the Lego Movie sets and the Back to the Future sets.

You can find us at our physical store at Lot 217, 2nd Floor, Amcorp Mall, P.J or if you are unable to visit us, you can always order with us online via our Facebook page (www.facebook.com/BrickSanctuary) and we will post it to you via PosLaju. Do stay updated with us by liking our Facebook page and you can get immediate updates and pre-orders from us.

How did you get an idea to open a LEGO store?
Daniel: It actually started from the whole Shell LEGO craze and we realized that there was a market for this. From there, we decided to try it out by importing a few sets and setting it up as a stall at the flea market in Amcorp Mall. 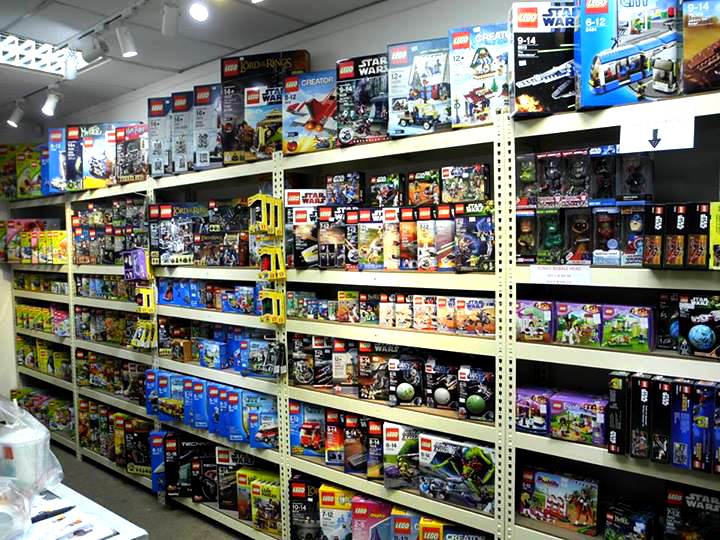 You were previously operating an online store. Why did you guys decide to open a brick and mortar store?
Daniel: A concrete store is always better than an online store. People can see and touch the product and have more confidence in buying it as well. Plus, it is a form of expansion for our business as well. We also wanted a space we could display more stocks and to create a better shopping environment for Lego fans.

Did you grow up with Lego? Tell us about your Lego story
Daniel: Not particularly but we have vague memories of having our own LEGO sets back when we were kids. We weren’t serious collectors or anything, just casual interest. 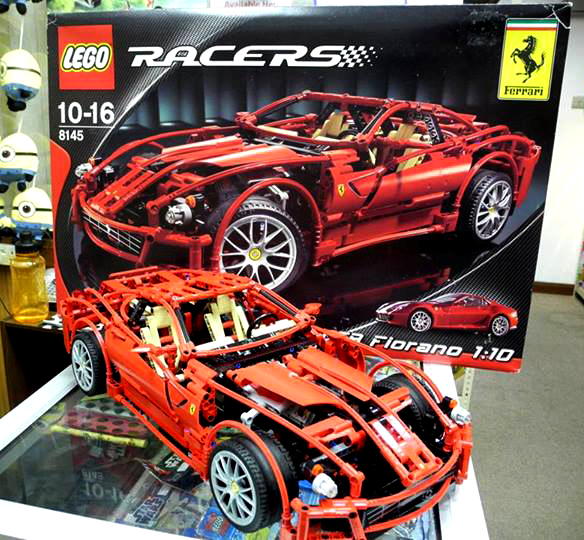 What do you think of the obscenely high prices of Lego in Malaysia?
Daniel: Honestly, it was pretty unreasonable but with the recent change in distributor, the prices have faired out a lot. 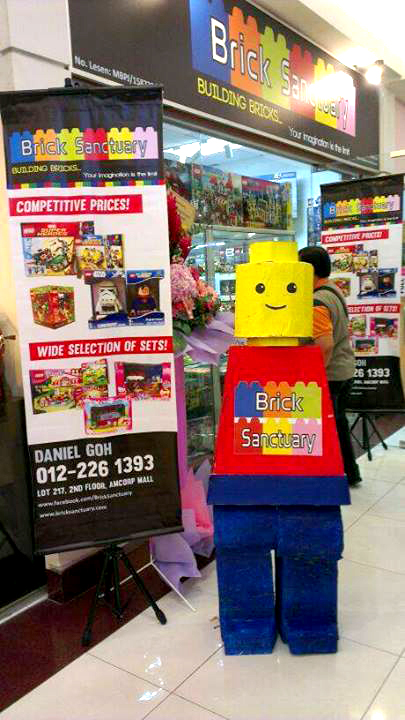 What makes your store stand out from the rest?
Daniel: One of the differentiating point of our store has to be our prices. Because we directly import all our sets, we can allow the LEGO fans in Malaysia to enjoy Lego sets at a lower and more competitive price. We also carry a variety of sets from the current sets to the retired/EOL sets. Another thing that makes us special is our ability to help customers source for their desired sets; just an extra service we provide.

Where do you source your Lego sets from?
Daniel: Our sets are mostly sourced from US & Europe.

What are some of your most popular items?
Deniece: The Star Wars series is pretty popular here such as the X-Wing & T.I.E Fighter sets. Another best seller is the Volkswagen Camper Van. 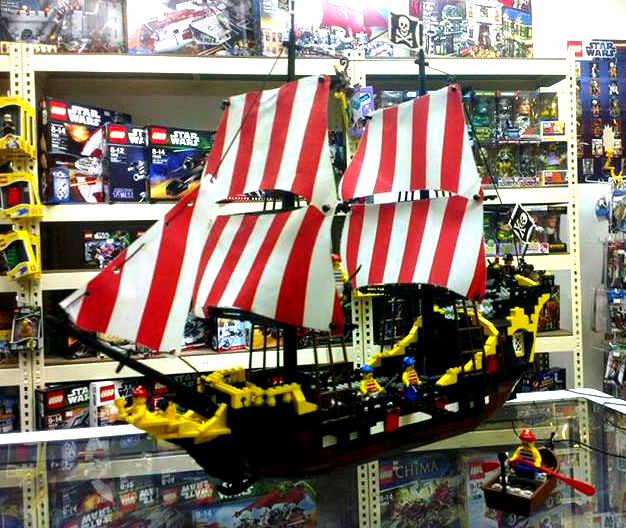 Give us an idea of who your customers are. Are they AFOLs, Parents, Kids?
Daniel: Jay’s Brick Blog: It’s a bit of a mixed bag but definitely mostly made up of the AFOLs.

With the recent popularity of The LEGO Movie, do you expect Lego to become even more popular?
Daniel: Yeah, definitely. I would expect it to attract more kids especially with the minifigures and hopefully create more interest and bring in some newbies.

With iPads, smart phones and computer games more popular than ever, how do kids and parents respond to LEGO
Daniel: Actually, a lot of parents are encouraging their kids to play with LEGO because after all, Lego helps in enhancing creativity, problem-solving skills as well as their motor skills which technology cannot replace. 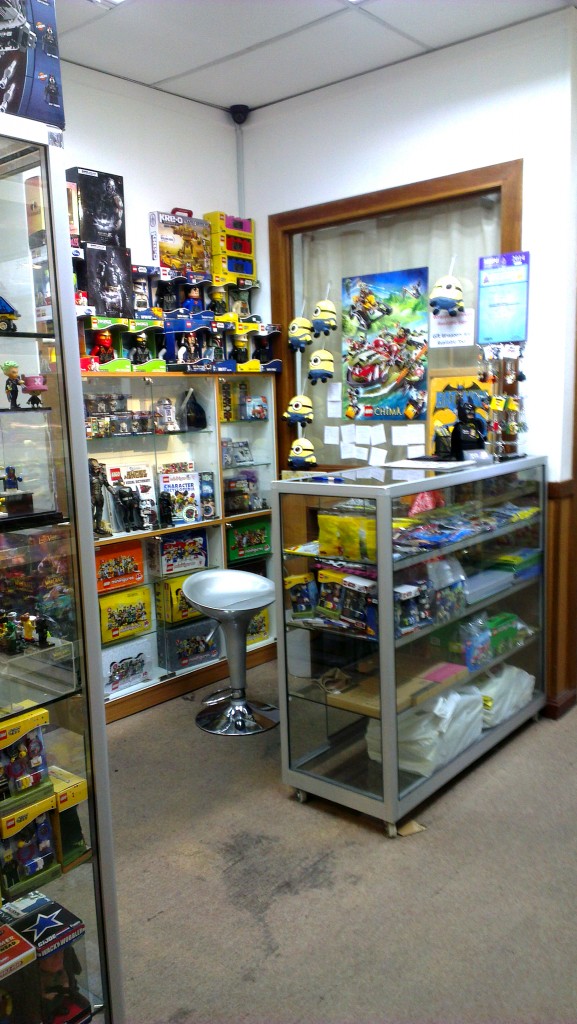 What are some of your personal favourite Lego sets?
Daniel: Hmm, tough question! I would say that the two Pirates’ ships – Queen Anne’s Revenge & Black Pearl – are my favourites.

How do most of your customers find out about you?
Daniel: Mostly through Facebook and word of mouth.

Have you been to Legoland Malaysia? If yes what are your thoughts on it?
Daniel: Yeah we have been to Legoland and personally, it was quite disappointing. It is definitely a more family/kid oriented place and nothing much for adults to do other than shopping at the BIG Shop. We did, however, enjoy the Miniland a lot – probably Legoland’s best feature. Other than that, it was nothing much. 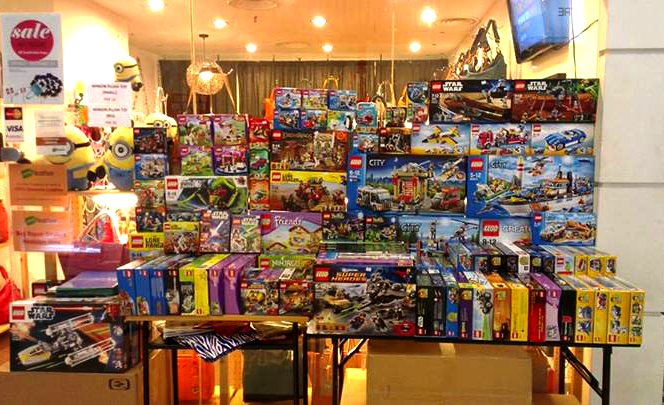 If you could decide Lego’s next theme or series, what would it be?
Daniel: If I really could decide, I would love to see a Transformer’s theme!

What sets/themes do kids love most?
Daniel: Lots of kids LOVE the Minecraft sets!

I was pretty impressed with the select of sets available at Brick Sanctuary. I didn’t get the opportunity to visit their store in Amcorp Mall but from the pictures and their Facebook page, they seem to have a great selection of AFOL staples and retro sets. I particularly like the retro and rare sets such as their huge collection of pirate ships. Stores like Brick Sanctuary are a nice alternative to sourcing rare sets off eBay or Bricklink where you can never be 100% sure of the condition of the bricks when buying online.

If you’re in Malaysia and in need of some sweet LEGO sets and not want to deal with overpriced markups at Toys R Us, check out Brick Sanctuary. You can find out more on their Facebook page here.