Welcome to a new content series that I’m trialing called MOCs Down Under! As the name suggests, I’m hoping to feature Australian LEGO My Own Creations (MOCs) and builders to highlight some of the creative and talented builders from the Australian LEGO fan community.

What is a MOC? Put simply, MOCs are original LEGO builds and designs that are put together by fans without the use of instructions. The acronym (pronounced “mock”) is commonly used in the AFOL community to denote original LEGO designs.

As evident from fan shows like Brickvention, Australia has a wealth of exciting and creative LEGO builders and I’d love to feature some of them on my blog. If you would like to be featured in MOCs Down Under or know someone who might be a good fit, feel free to drop me an email at jaysbrickblog@gmail.com and let’s chat from there!

I’m not expecting professional studio shots of LEGO MOCs – as long as they’re well lit and in focus, that’ll do. I’m more interested in showcasing creative and interesting builds rather than photography skills – although great photography would certainly be very welcome! 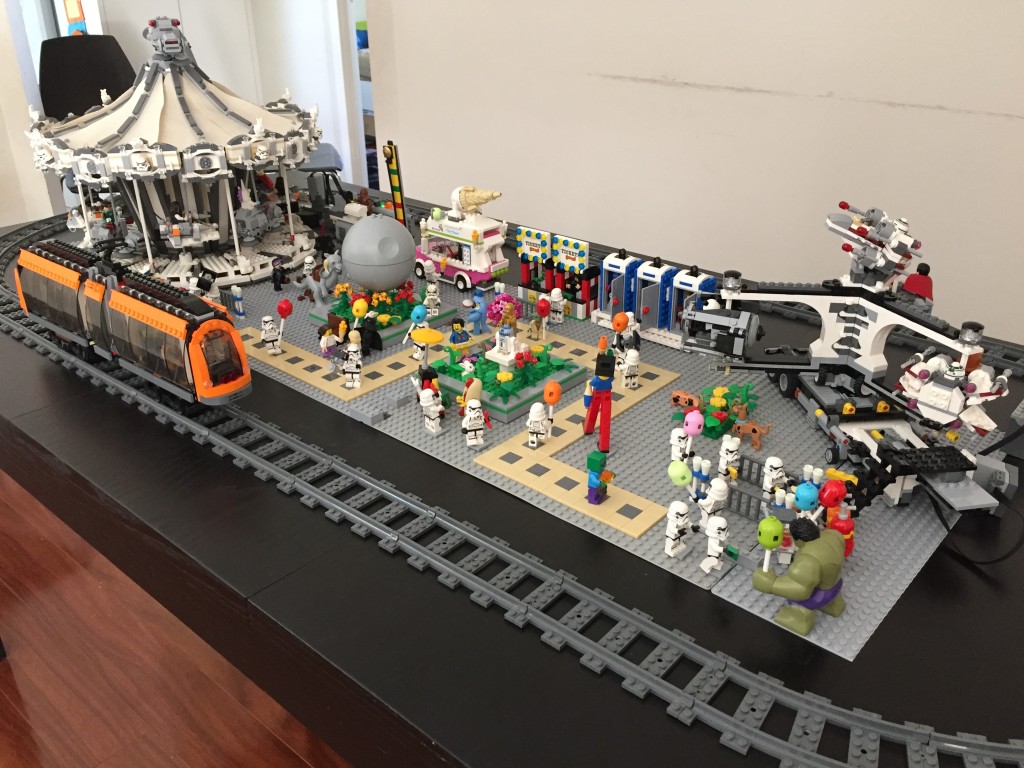 For the inaugural MOCs Down Under, I’m proud to feature a fun and light-hearted design by Handoko S from Sydney! Handoko has lovingly put together a Star Wars Theme Park using elements from the Grand Carousel and Fairground Mixer which cleverly incorporates some really cool Star Wars rides.

I also chatted with Handoko briefly to get him to share, in his own words what his Star Wars Theme Park is all about and the work that went into it! Be sure to watch the videos as they really show off all the moving parts of the park! 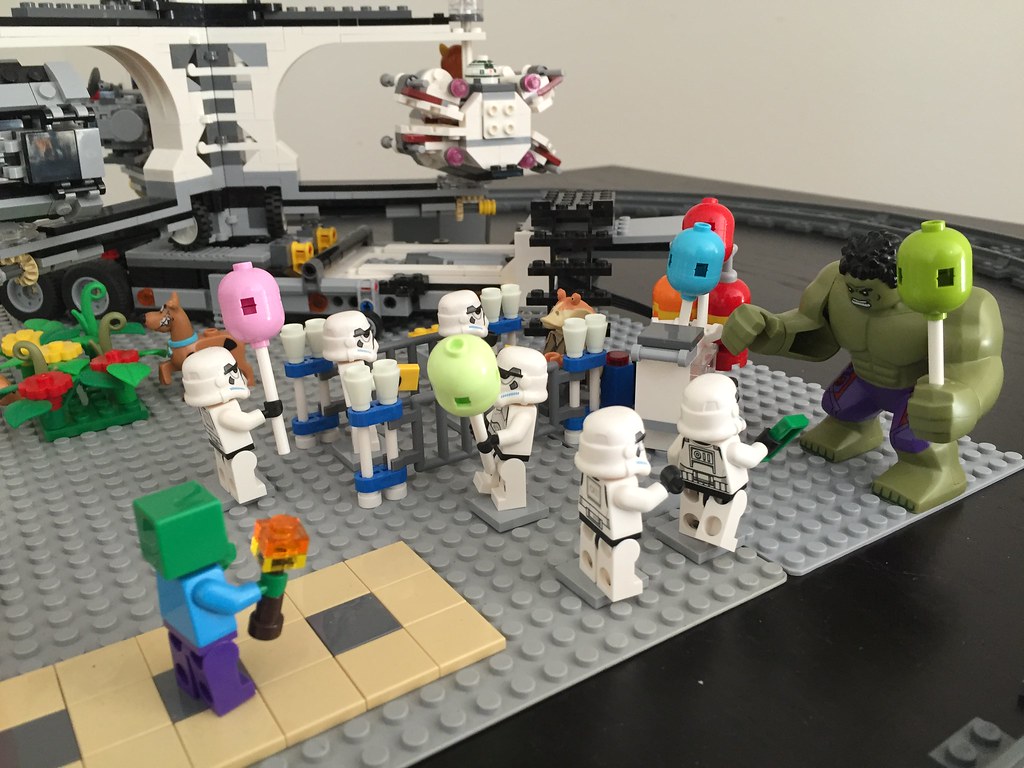 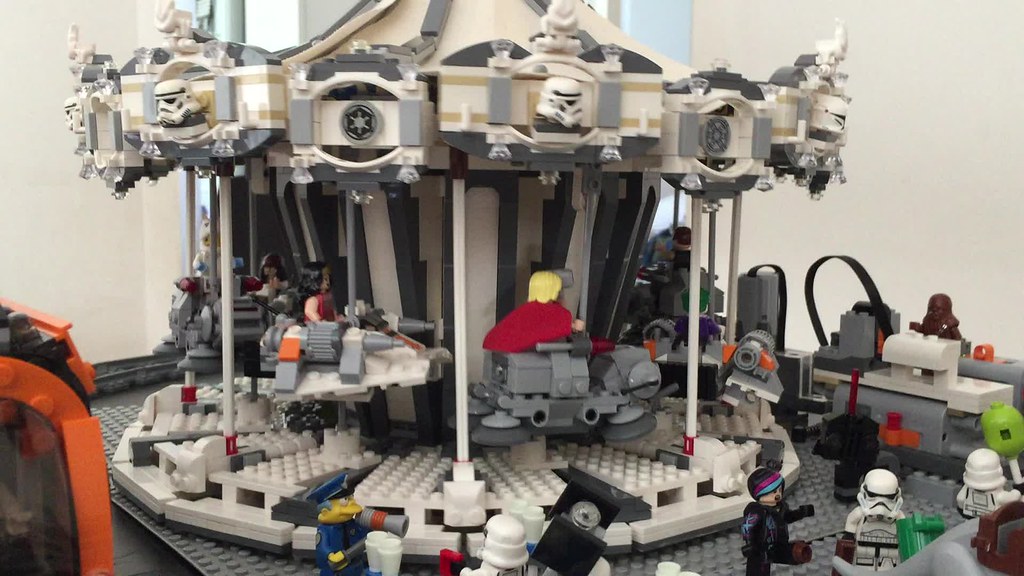 The Grand Carousel is one of the most coveted LEGO sets of all time. Was it tough sourcing parts for it and building it from scratch?

Handoko: The Grand Carousel is one of the sets that I’ve really wanted to own, but couldn’t due to the cost reasons. When I finally decide to start my Star Wars theme park project, I started by playing around with an original (loaned) set to understand the mechanics and determine how to modify both the carousel and the Star Wars Microfighters into what I now call the Imperial Carousel.

Once I was confident with the design, I modified the brick list to fit my new design, and determined which parts I should change to meet my desired colour scheme (white/grey) and started Bricklink-ing. For this set, it was mostly sourced from LEGO Bricks and Pieces  and Australian Bricklink vendors. 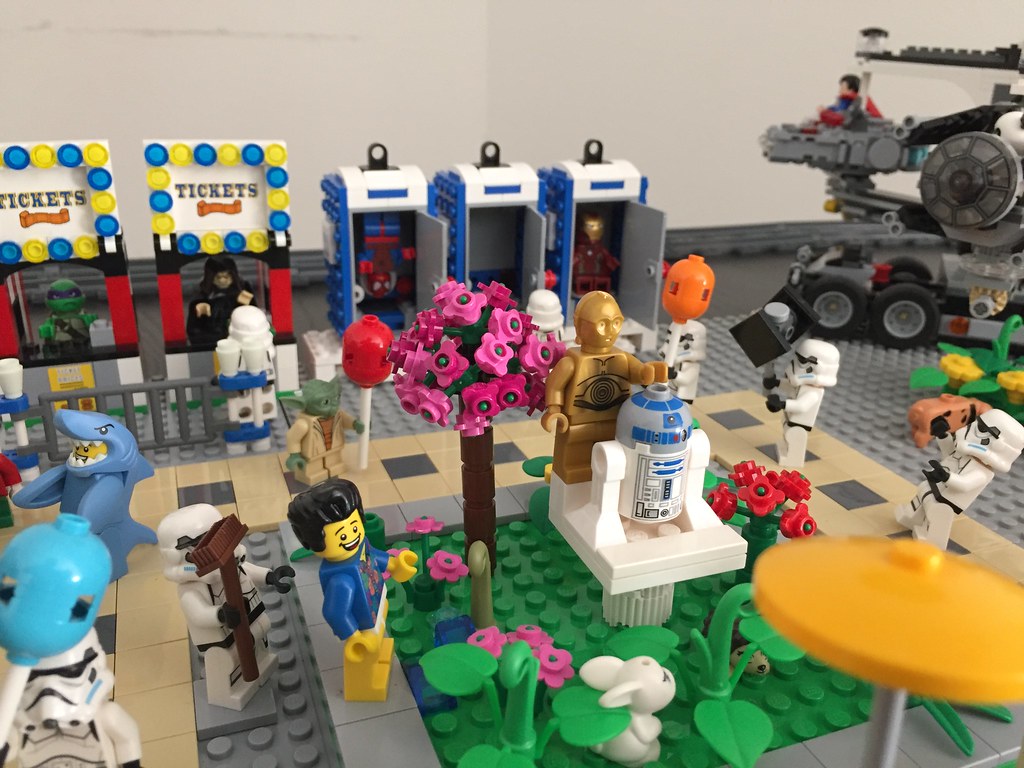 Marvel Super Heroes in the portaloos 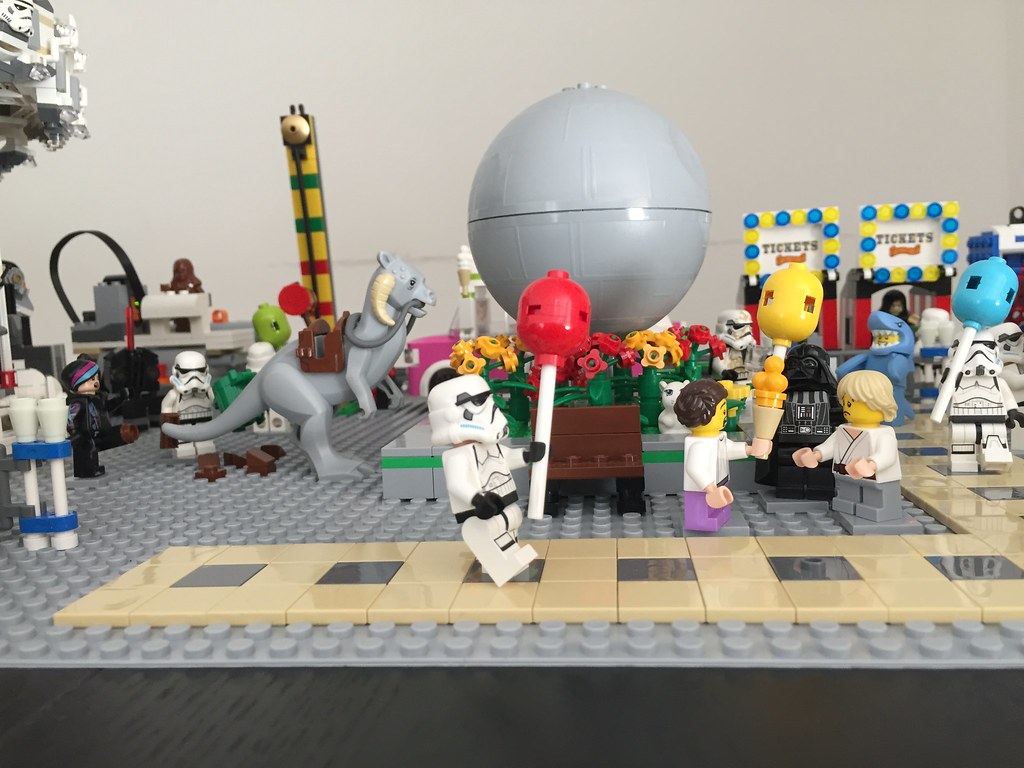 I grew up watching the Original Trilogy (not so much on the prequels, darn you Jar-Jar!) and was basically a Star Wars Junkie 😛 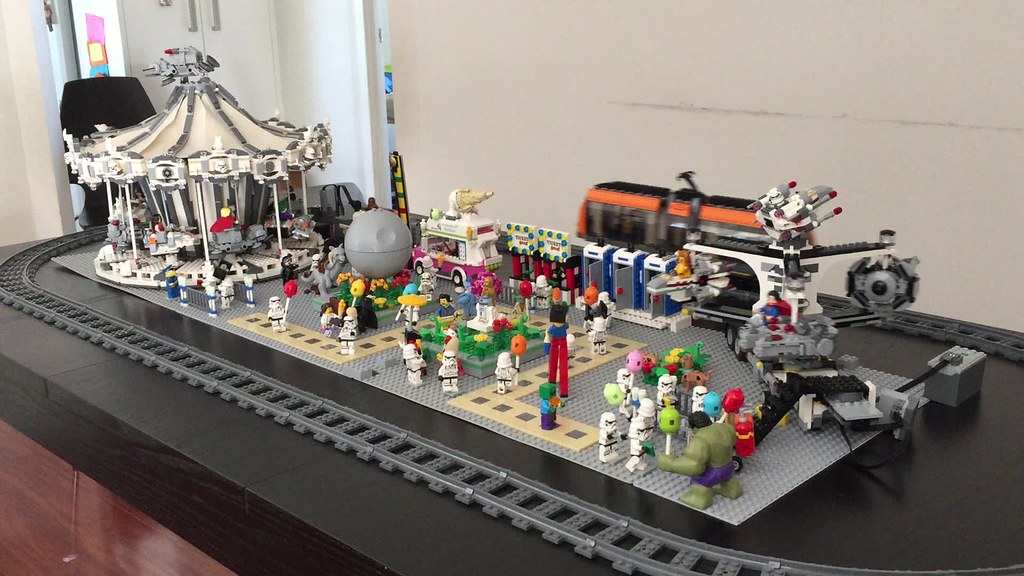 What was the inspiration for the Star Wars Theme Park?

The build was inspired by Disneyland and Star Wars, both of which I am very fond of. The release of the Star Wars Microfighters series also helped a lot! Sometimes I feel that they were designed to function as theme park rides! 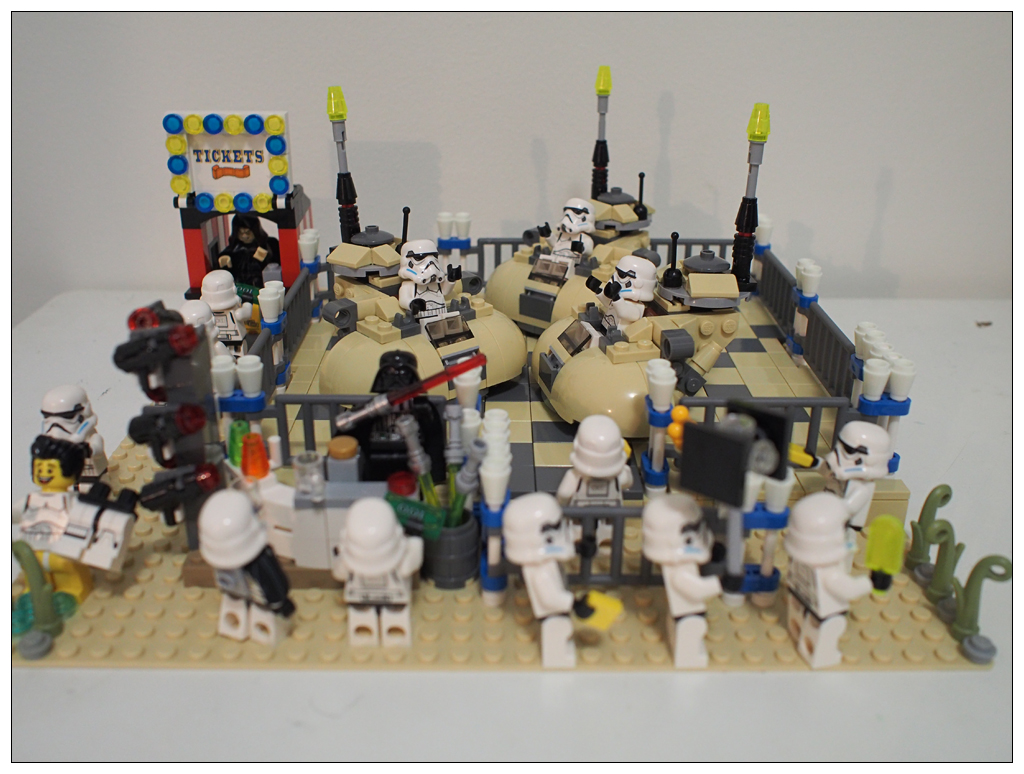 What’s next? Are you going to add more to the Star Wars Theme Park?

Special thanks to Handoko for sharing his Star Wars Theme Park with us! Be sure to check his other builds/follow him on Flickr if you like his work! If you’d like to see a new and updated Star Wars Theme Park, be sure to drop by the Sydney Brick Show (April 16 & 17) to see it in action!

Really hope you guys enjoyed this first edition of MOCs Down Under. If you’d like to be feature, just drop me an email at jaysbrickblog@gmail.com. You can also write me if you’d like to nominate other awesome Australian builders!

Let me know what you guys think of MOCs Down Under and if you’d like to see more Australian LEGO talent in the near future!