Now that we’ve crossed over into 2018, you can now purchase a whole heap of new 2018 sets from LEGO.com! More importantly, you now also purchase the hotly anticipated 10260 Downtown Diner and usher in the New Year with a brand new modular building.  Check out my thoughts on the Downtown Diner here if you haven’t already.

Here are the country-specific links and pricing for the LEGO Downtown Modular:

Here’s a brief overview of all the new goodies available to purchase. For those of us in Australia, it’s not certain at this time WHEN the new sets will appear on stores, but we should get some of the new sets and the Batman Movie Minifigures in the country in the next few weeks. Hopefully it doesn’t take too long! Those of you lucky enough to be in the US, UK or any other country where LEGO has better logistics and planning should expect to see these on shelves by the 1st of January. 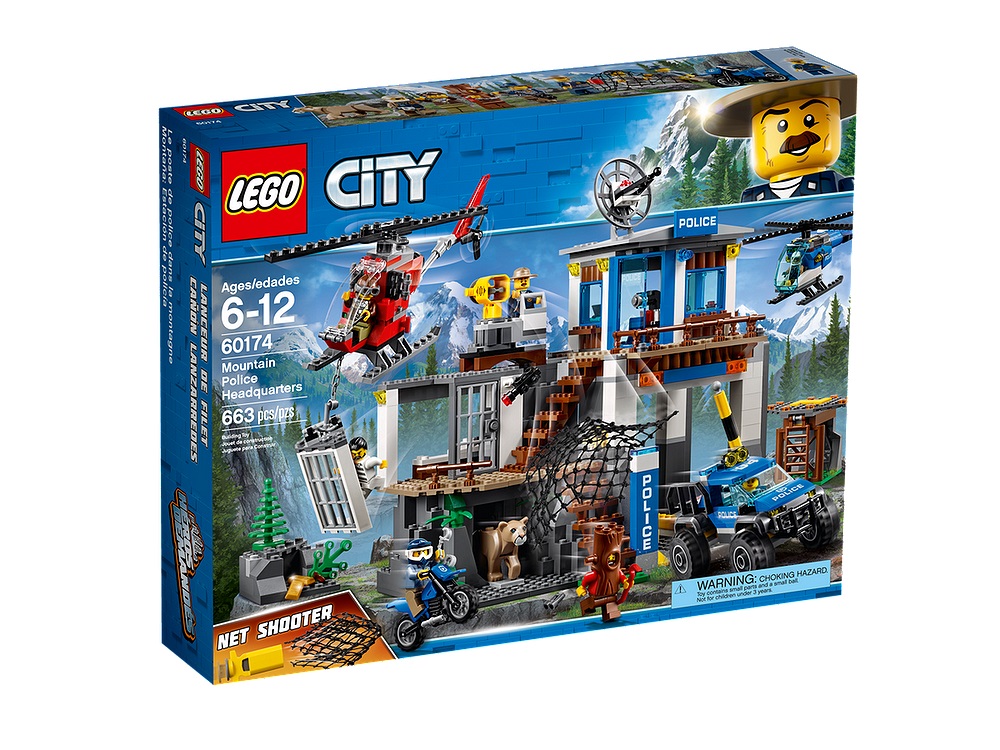 The new LEGO City 2018 theme has us exploring the mountains and mines. Of note are the two flagship sets, 60174 Mountain Police Headquarters and 60188 Mountain Experts Site. Unlike previous years where we seem to get a rehashed Police Station, this year’s new Mountain Police HQ actually looks pretty dope and I really would like to get my hands on the new Mountain Lion.

I’m also very happy to see the return of the LEGO Bear in 60173 Mountain Arrest. In addition to those sets, we also get the usual plethora of new vehicles. 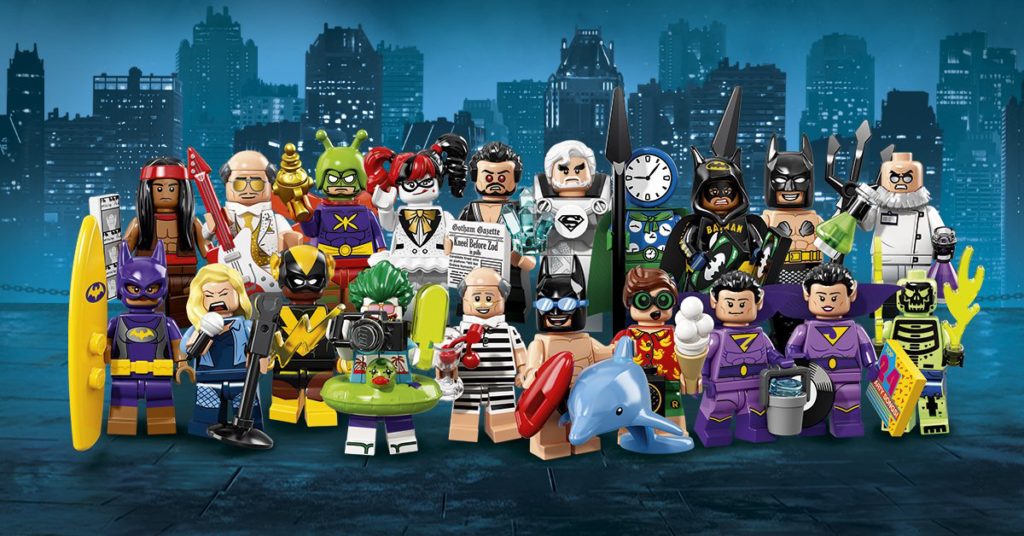 On the 1st of January, the LEGO Batman Movie Minifigures Series 2 become available for purchase. There are 20 of them to collect this time and you can read my thoughts on the Series here.

I’m definitely picking a few of these up when they come out.

Check out all the new Batman Movie sets on LEGO.com. 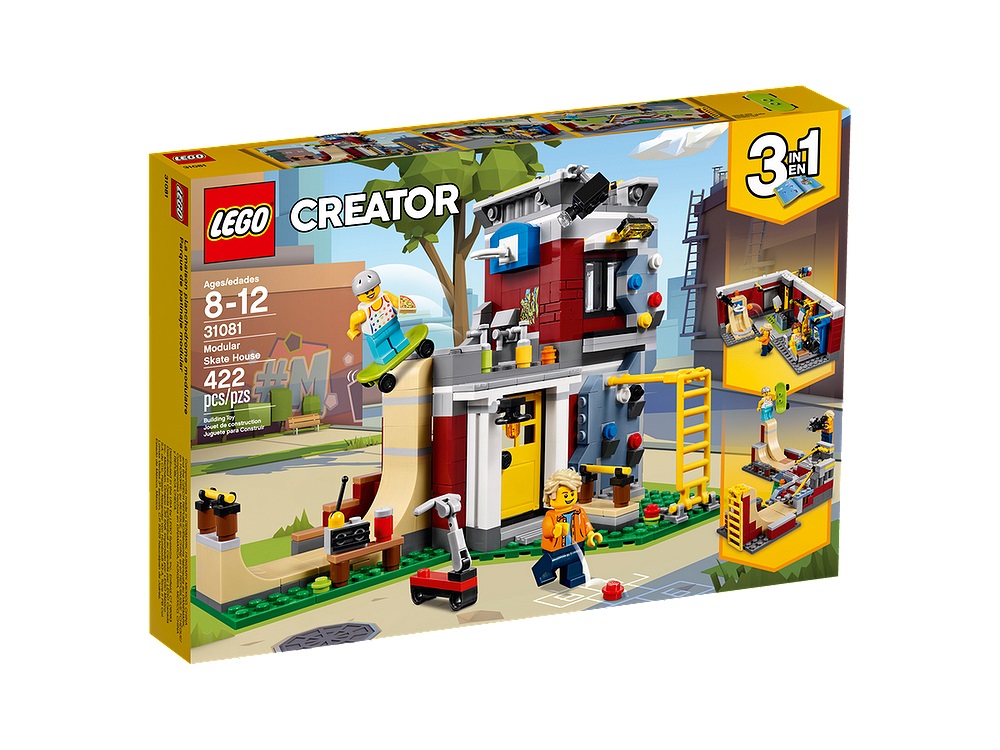 New 2018 sets from the Creator theme are quite slim in January, but 31081 Modular Skate House is the standout set for me. 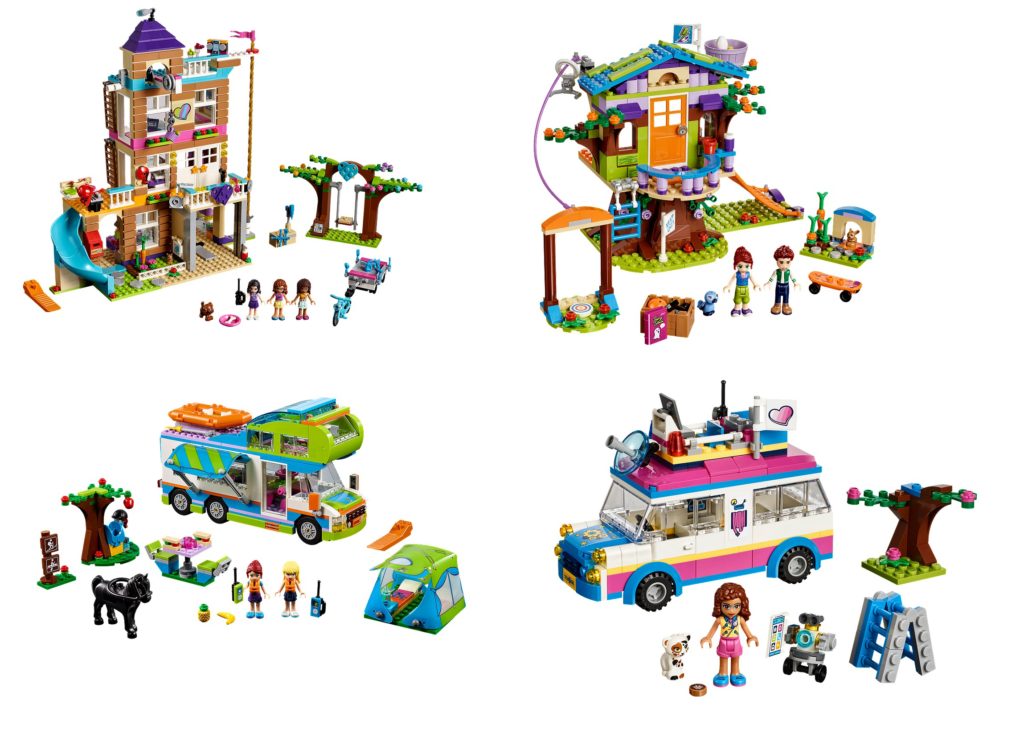 Unsurprisingly, it’s shaping up to be yet another great start to 2018 with the new LEGO Friends sets. Cool new buildings like 41340 Friendship House and 41335 Mia’s Tree House are complemented by some interesting new vehicles like the Mystery Machine-inspired 41339 Mia’s Camper Van and Ecto-1-inspired 41333 Olivia’s Mission Vehicle.

Some of the new Star Wars sets have been out on Australian shelves for the past few weeks, but there’s a whole bunch of new sets to look forward to. I can’t wait to get my hands on the 75333 Boba Fett Constraction figure along with a new Darth Vader figure which has Anakin’s head under the mask.

I’ll also be on the lookout for 75199 General Grievous Combat Speeder when it goes on sale as I really want a Mace Windu minifig. 75198 Tatooine Battle Pack  also looks like excellent value but I’m not convinced by the likes of 75205 Mos Eisley Cantina. 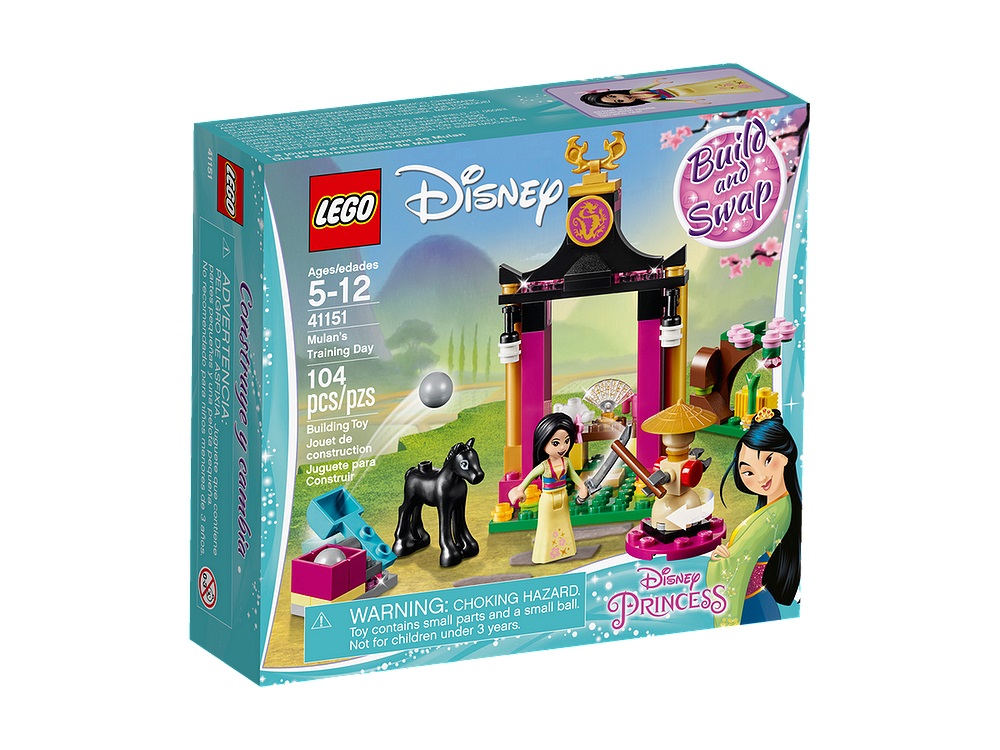 LEGO Disney Princess fans are in luck with 7 new sets in 2018. We get large sets like 41153 Ariel’s Royal Celebration Boat which features a Prince Eric minidoll, but the most exciting set of the lineup is undoubtedly 41151 Mulan’s Training Day which finally debuts everyone’s favourite Chinese warrior-princess as a minidoll. Mulan is one of my favourite movies of all time, so I’m super stoked about this set. Bonus points that it’s a relatively inexpensive set!

We get a whole bunch of new Brickheadz for 2018 which includes four justice League ones, Star Wars, and don’t forget the new Seasonal Valentine’s Bee Brickheadz.

Links to each new Brickheadz are below: 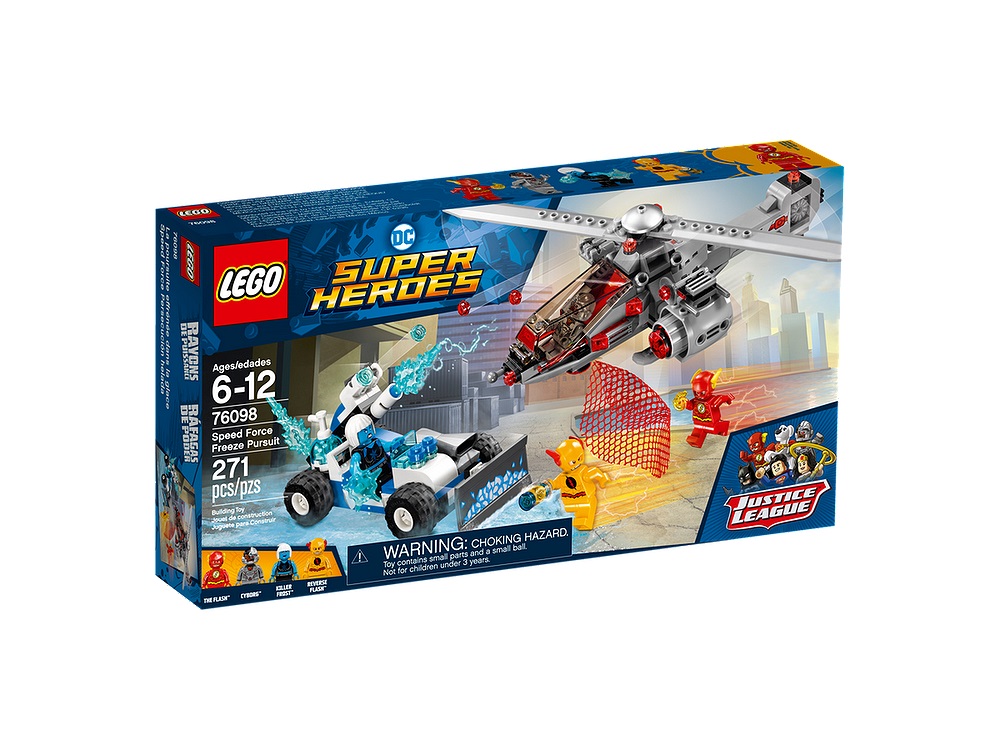 Fan of DC Super Heroes sets are in luck this year with the long-awaited debut of some really important supervillains and heroes from the DC Universe. Top of my list is 76098 Speed Force Freeze Pursuit which includes a Reverse Flash minifigure. The Flash is my favourite Super Hero of all time, so I absolutely can’t wait for this one. 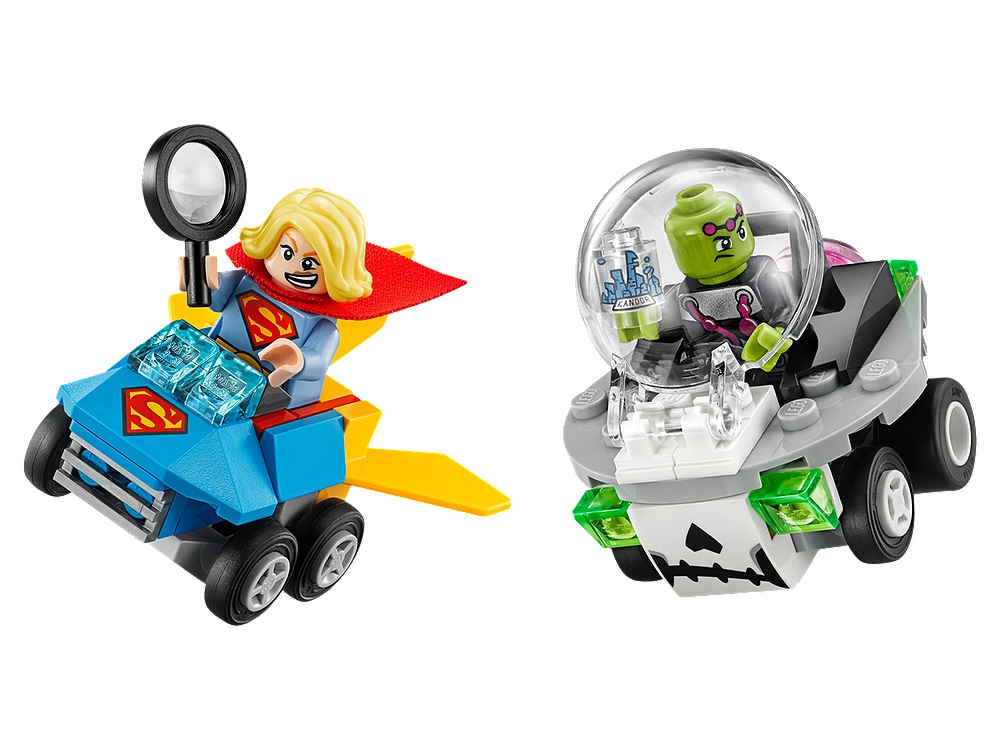 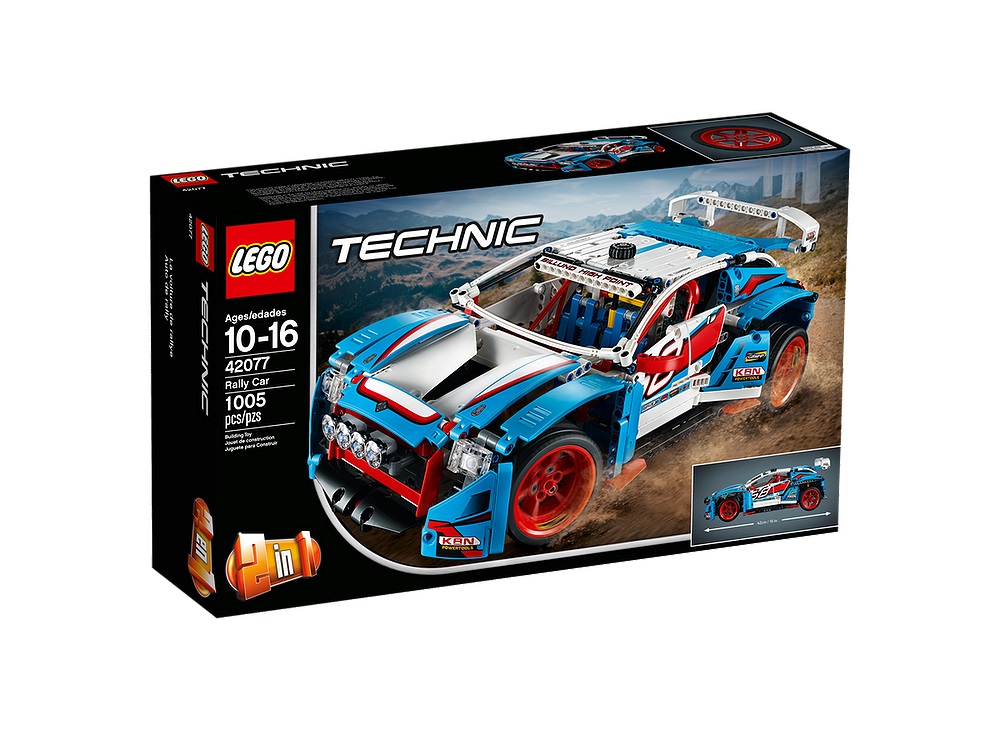 Fans of LEGO Technic should be pretty happy with 8 new Technic sets for the start of 2018. I’m not that knowledgeable about Technic but 42077 Rally Car and 42074 Racing Yacht look pretty interesting to me. 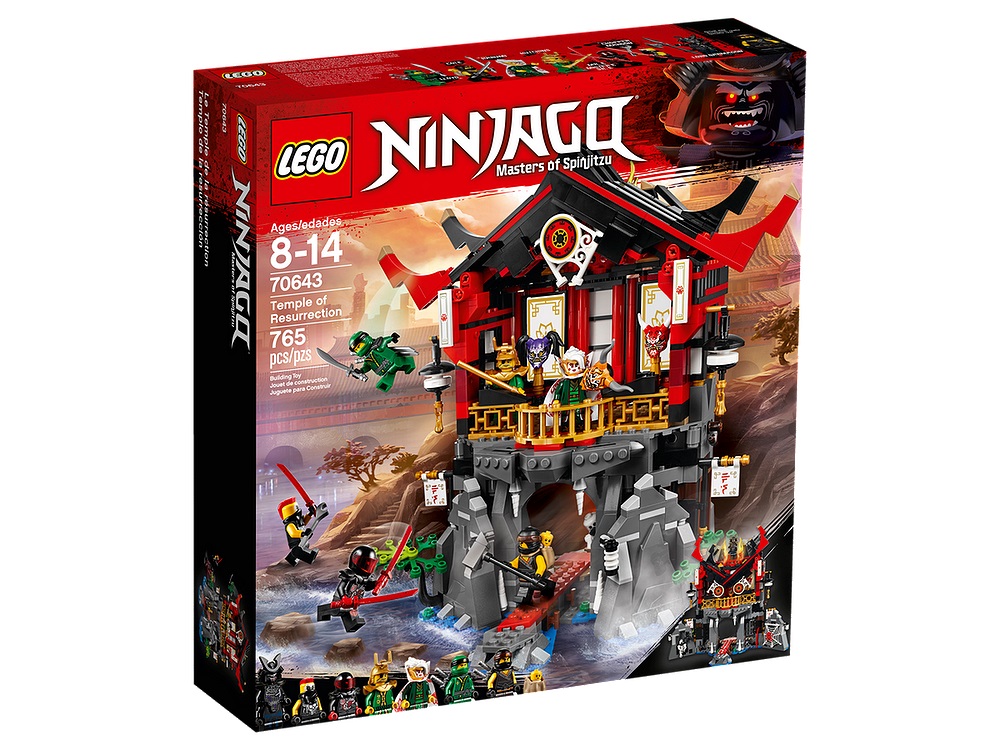 Ninjago has once again got my attention in 2018 with 5 new sets and a bunch of Spinjitzu spinners. I’m a sucker for Ninjago structures, and 70643 Temple of Resurrection is particularly interesting to me as it comes with a whole heap of minifigures, including a baby, and some of the great-looking Oni masks. 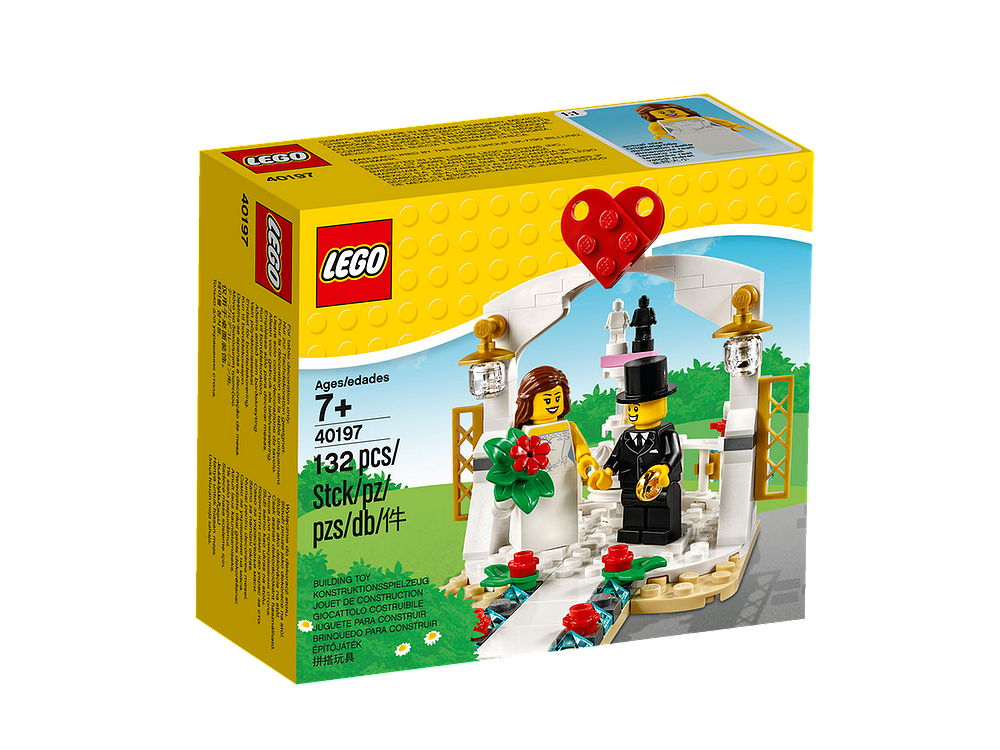 There are also a couple of new Misc sets such as a new-for-2018 Wedding Favour Set and a neat Flower Display set which will be a great gift come Valentine’s Day. There are also a few new Nexo Knights sets for like the 5 of you that are still buying sets from the theme. I wouldn’t be surprised if the theme gets killed off by the middle of this year.

That’s it for all the new 2018 LEGO sets on LEGO.com! Anyone buying anything? Let me know in the comments if you’re picking the Downtown Diner or anything else up!