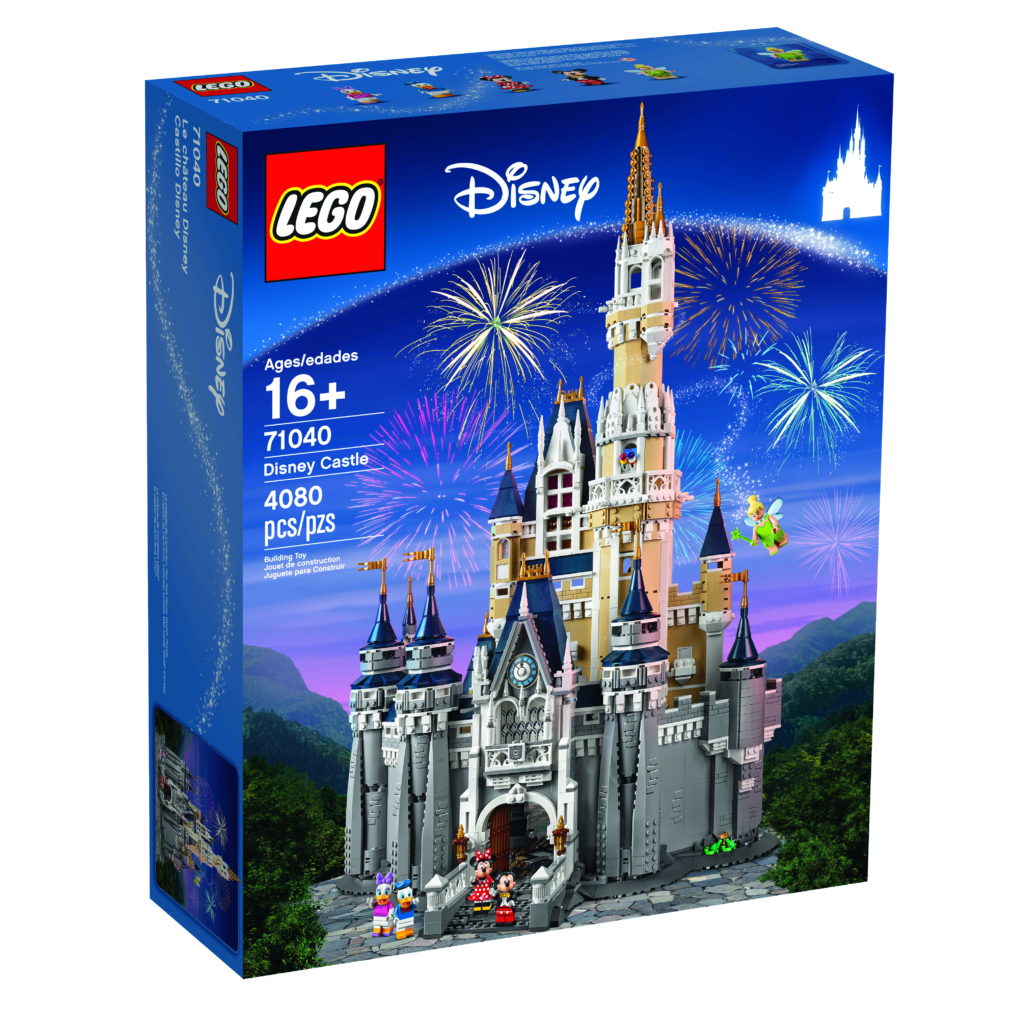 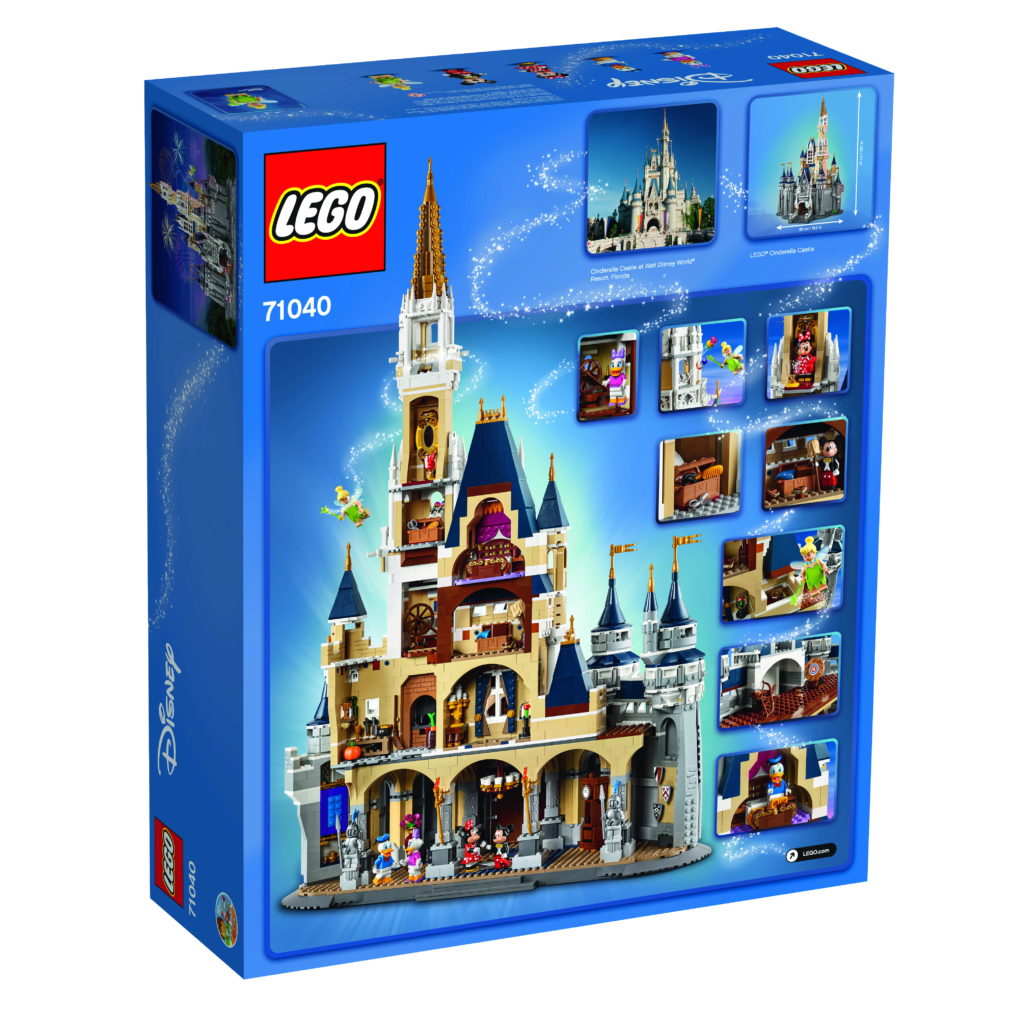 LEGO and Disney have come together to unveil an absolute behemoth of a set – LEGO 71040 Disney Castle. Weighing in at a whopping 4080 pieces, this incredible and highly detailed model offers a complete and extravagant LEGO Disney experience. 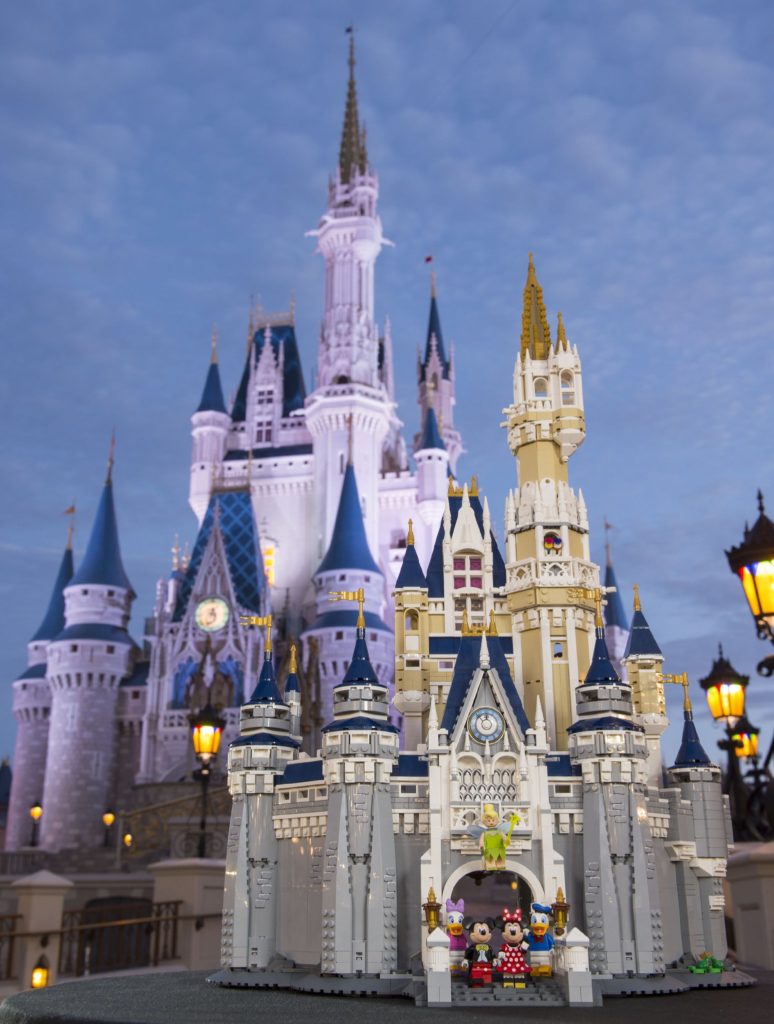 The Disney Castle measures over 74cm high, 44cmwide and 31cm deep. The release date for this set is 1 September 2016, although I’m not sure if there will be an early VIP release for this set.

Check out the individual product pages below: 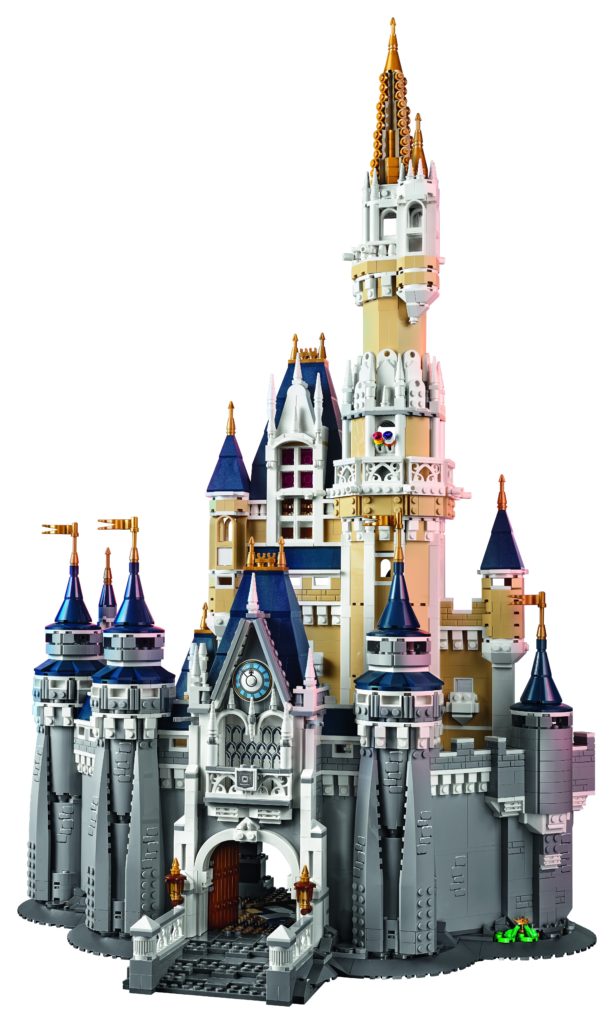 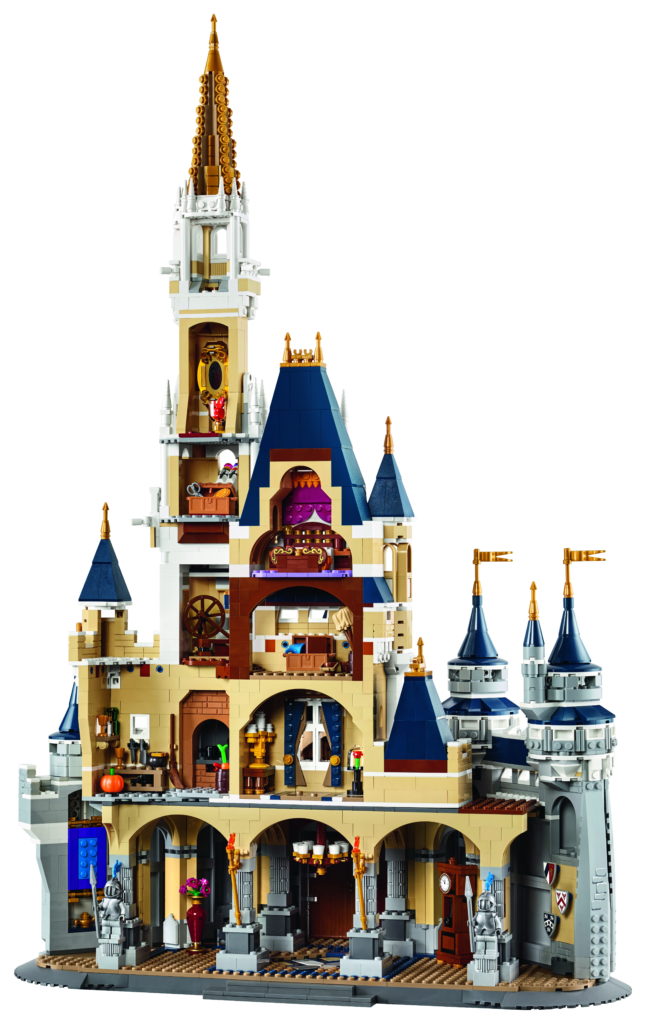 The facade is intricately designed to mimic the iconic Walt Disney World® Resort Cinderella Castle. Spin the castle around, and you’re treated to a dollhouse like collection of castle rooms, each one paying homage to an iconic Disney movie or characters.

71040 Disney Castle comes with 5 minifigures, Daisy Duck, Donald Duck, Minnie Mouse, Mickey Mouse and Tinkerbell. All the minifigures included in the set are exclusive to it, except for Donald Duck which seems to look the same as he did in the Disney Minifigure Series. Daisy has a new outfit, and Minnie Mouse also comes with her original red and white polka dot dress.

Mickey is looking snazzy with a crisp tuxedo, but most interesting of all is the debut of Tinkerbell as a minifigure!

Here’s a quick tour of the Disney Castle and its interiors. 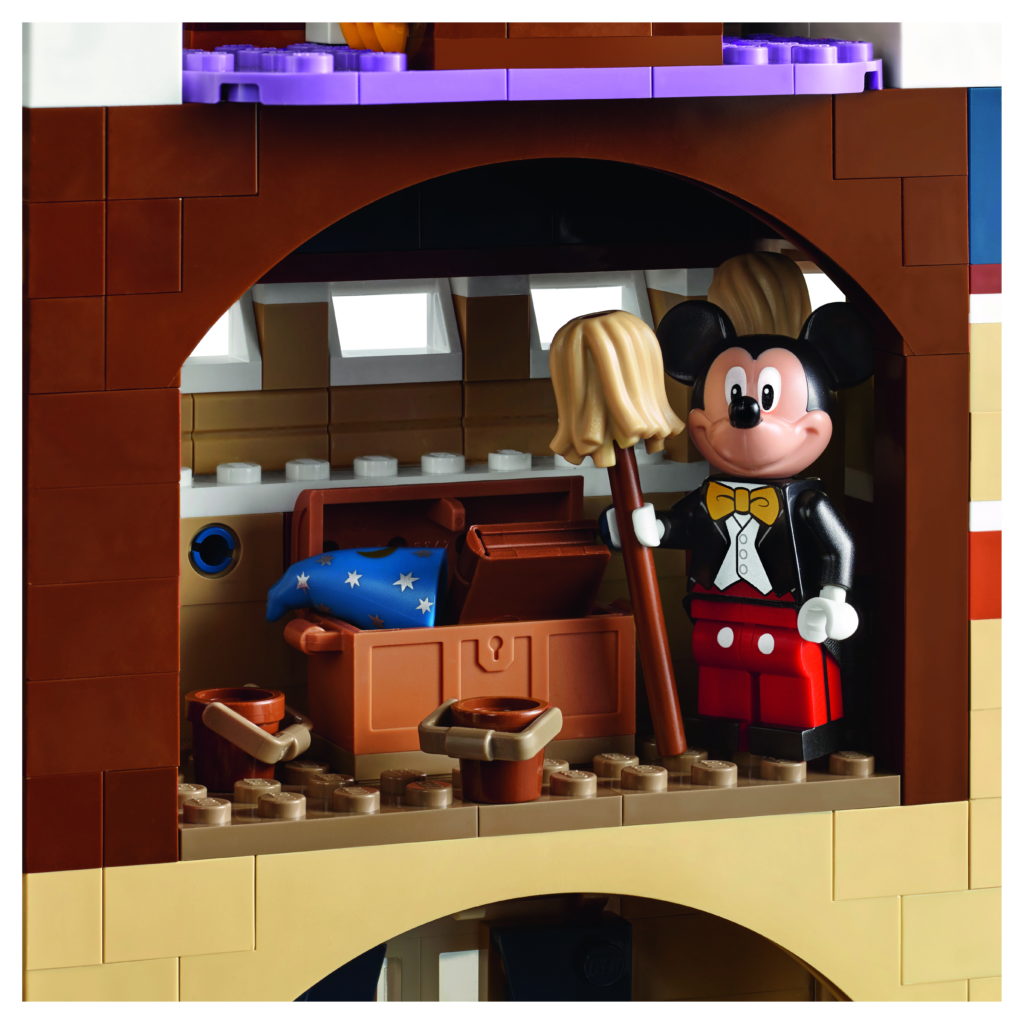 There’s an attic, with what seems to be Mickey’s sorcerer hat, paying homage to the classic Sorcerer’s Apprentice movie. 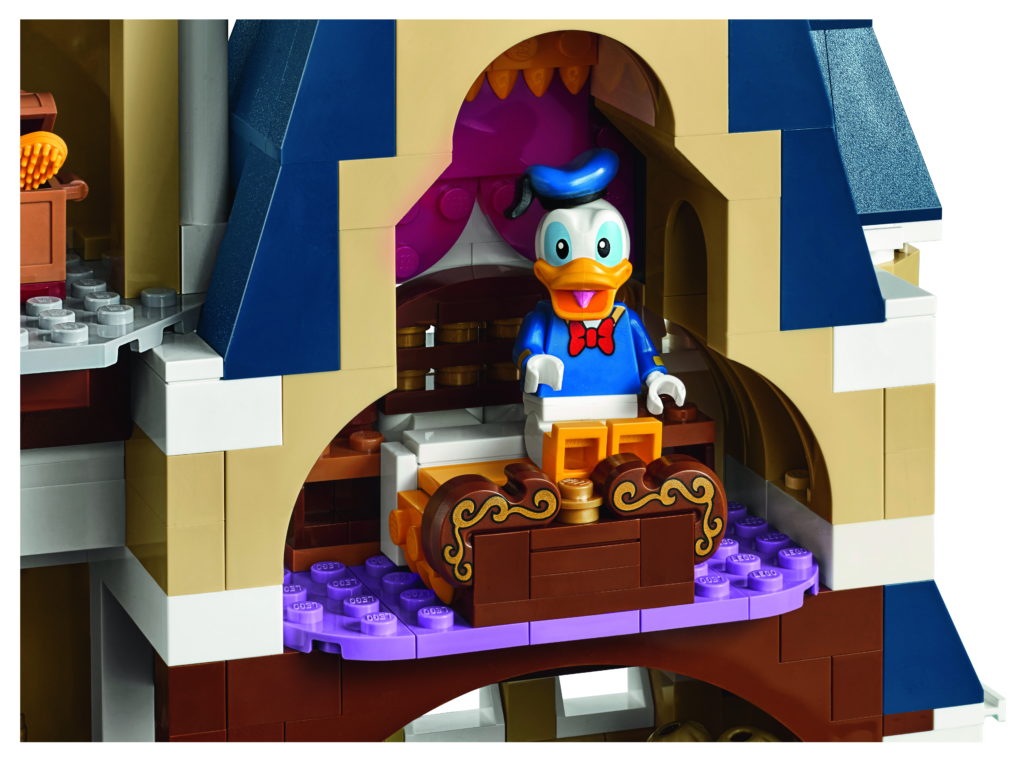 Donald has some pretty glitzy quarters. Peep those gorgeous printed Unikitty tails on the foot of his bed! Disney sure pays their mascots well! 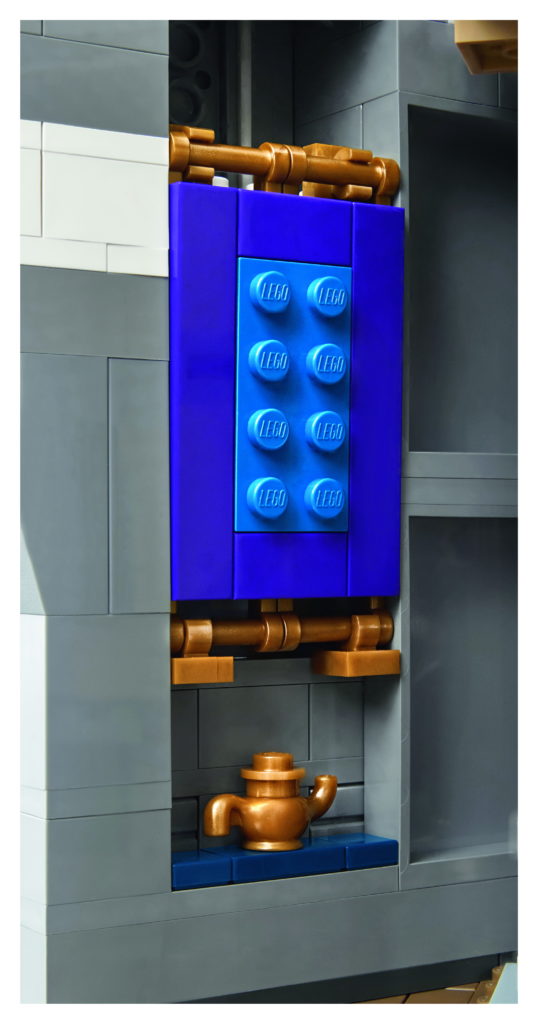 A magic carpet tapestry hands above a golden Genie Lamp in this Aladdin-inspired section. 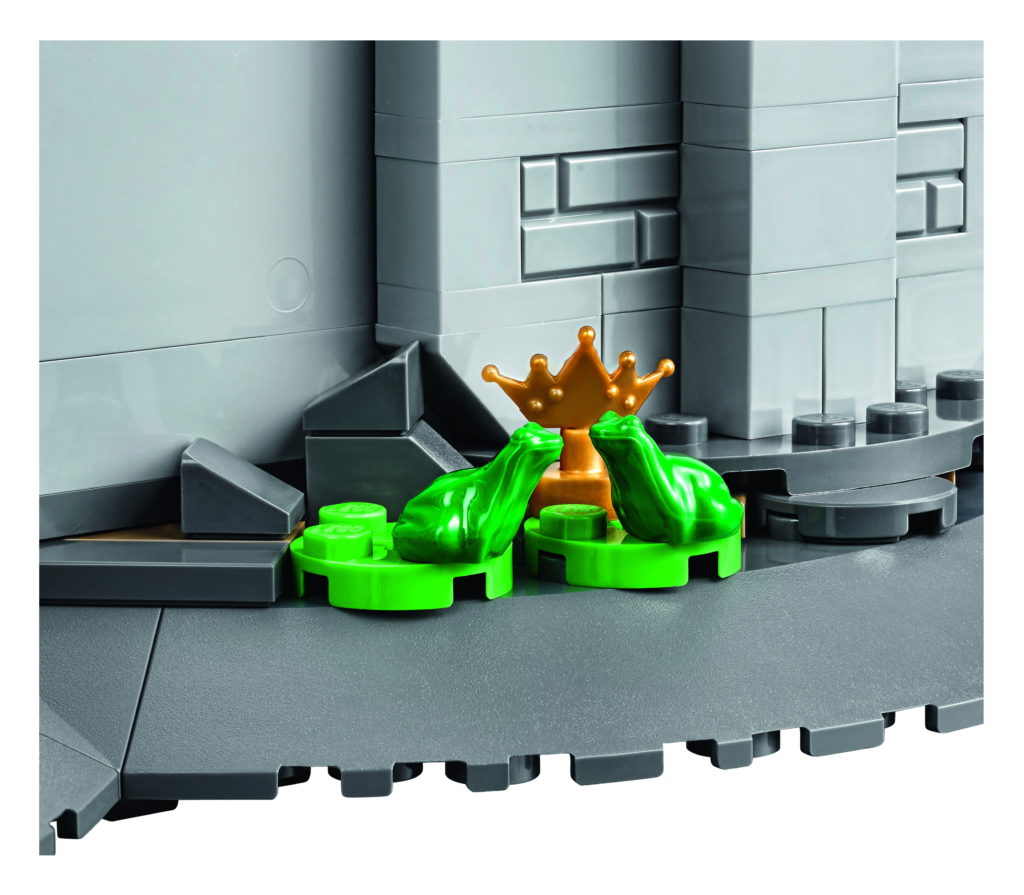 Two frogs get cosy outside – a nod towards The Princess and the Frog. 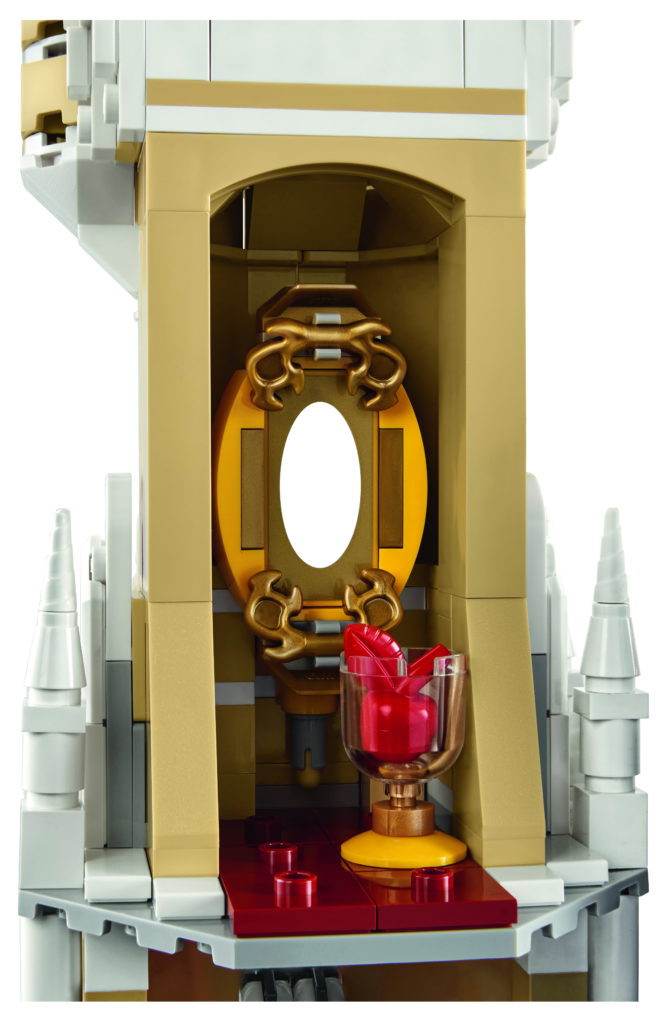 Mirror, mirror on the wall, who’s the most expensive Disney set of them all? 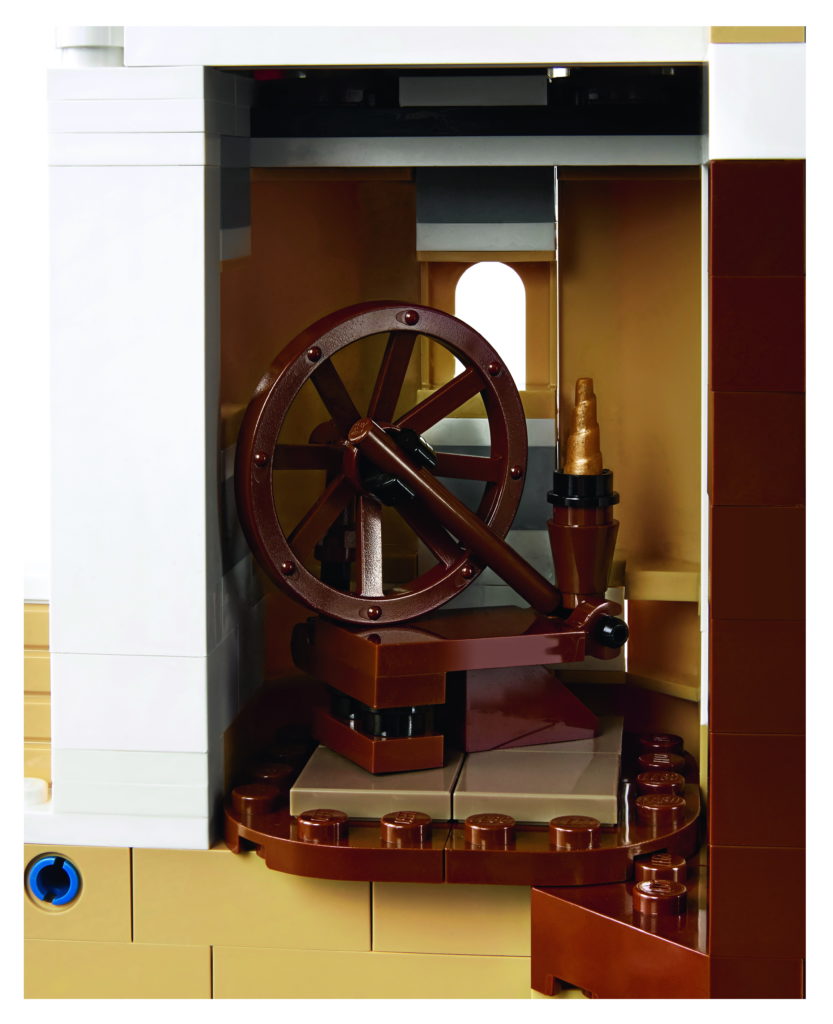 This spindle which references Sleeping Beauty is nothing to yawn at. 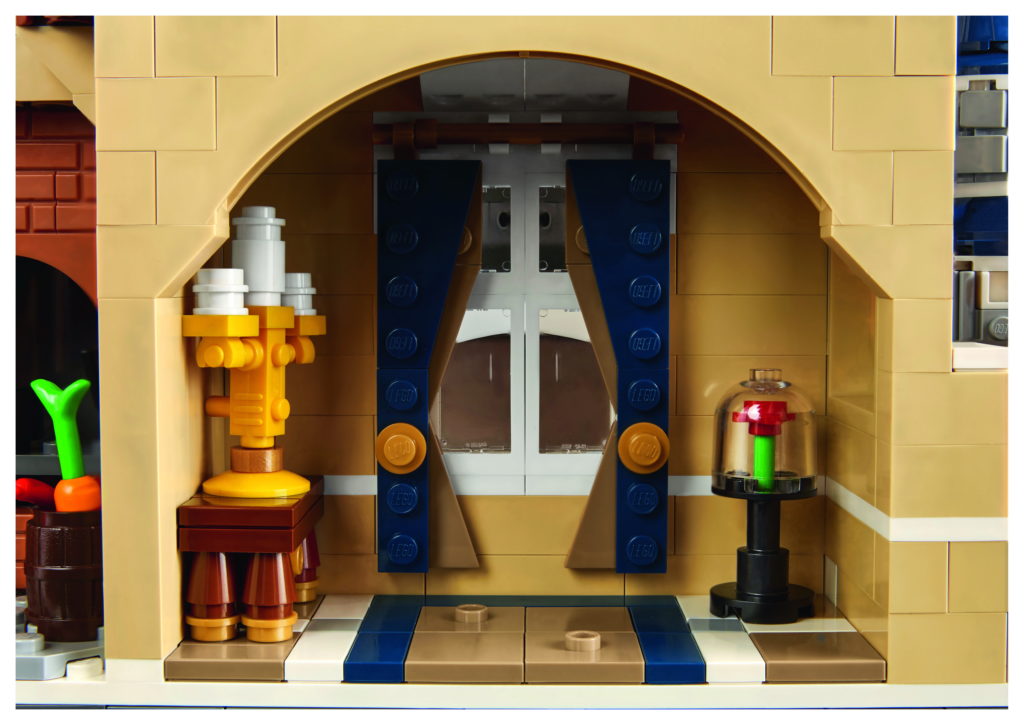 An anthropomorphic candlestickholder and what sees to be a rose inside a glass dome – a section of Beauty in this Beast of a set. 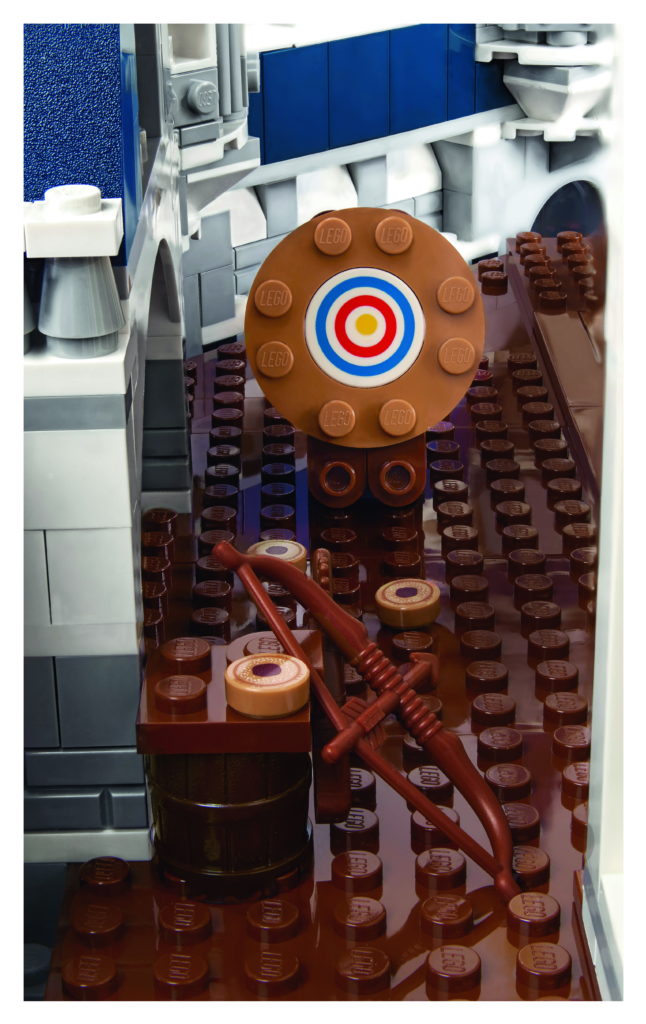 I have to say that this set is an extremely Brave move by LEGO. It sure seems as if LEGO are heavily targeting AFOL-dollars in 2016. 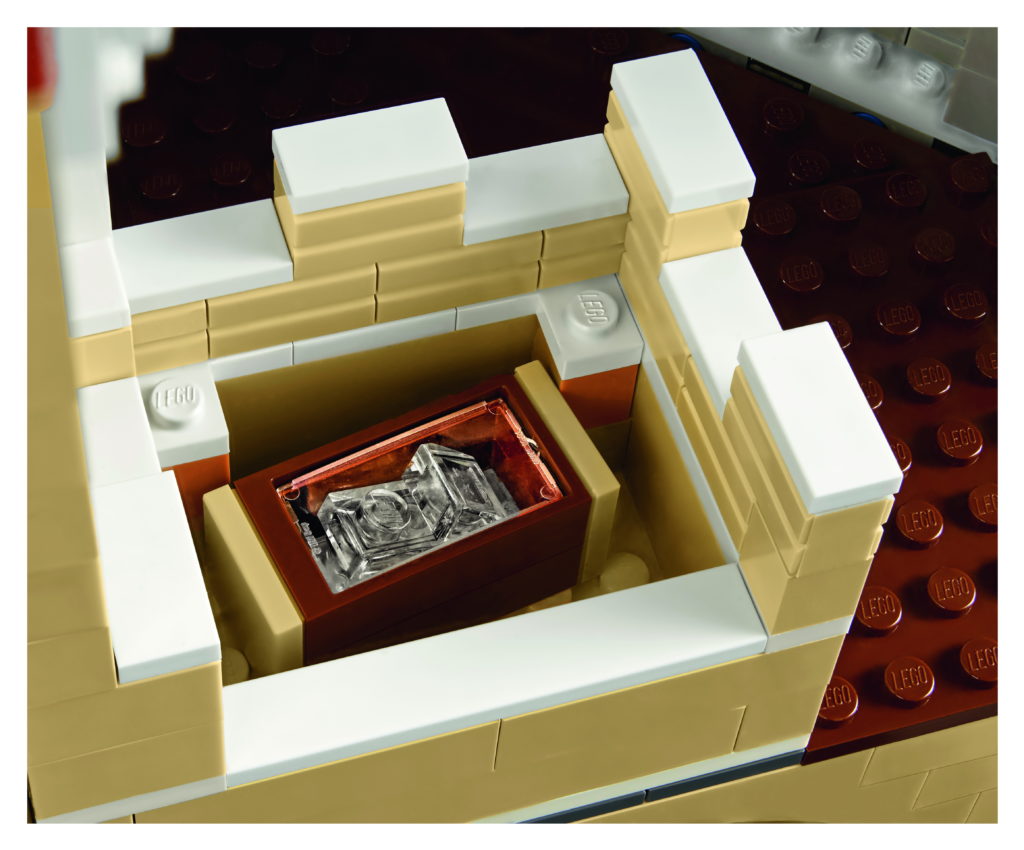 And yes, this isn’t a fairy tale, but oh so very real. You might have to get your Fairy Godmother to help you afford this amazing set.

I’m pretty blown away by this set. This looks like a fantastic display piece, but I do wish that we had more than 5 minifigures included in the set. Sorely missing is Goofy who seems to have all but disappear. A Cinderella minifig would’ve also been great.

I think it’s a pretty bold gamble by LEGO to see if fans will cough up this much for a Disney-themed set – the first of its kind. I think it’ll sell really well, as with all things Disney.

So what do you think of 71040 Disney Castle? Do you love it or hate it? Let me know in the comments!