Update: Happy April Fools’ Day if you couldn’t tell already! Hope you enjoyed the gags (don’t forget to check out the crypto post too )! Sorry if I disappointed anyone with the prospect of LEGO James Bond!

For other LEGO April Fools’ jokes across the web, be sure to check out:

What is it with today that huge news on LEGO gets announced?

Eon Productions, the production company that produces the James Bond film series has announced that they will be working together with The LEGO Group to produce a small run of James Bond licensed sets in August 2018.

Details are scant at the moment but there will be three sets in the initial run that will span the entire catalogue of James Bond films, to immortalise 007 and some of the most iconic and memorable scenes from the movie franchise, which has grossed over $7 billion at the box office to date.

In a (now-deleted) press release on their website, Eon Productions revealed that three LEGO sets will be produced, depicting scenes from three James Bond Movies – Goldfinger (1964), Goldeneye (1995) and Casino Royale (2006).

You can check out the screenshot I took before it got deleted. Here’s the text in full, if you can’t read it.

Eon Productions has inked a deal with Danish construction toy company The LEGO Group to produce three licensed James Bonds sets in August 2018
Three James Bond films will be depicted in LEGO in this historic collaboration. The LEGO Group will produce sets based on Goldfinger (1964), Goldeneye (1995) and Casino Royale (2006). Fans can expect a 1:13 scale Aston Martin DB5 from Goldfinger, a face-off between agent 007 and 006 from Goldeneye and the thrilling high-stakes poker game between Bond and Le Chiffre from Casino Royale
Eon Productions and MGM have offered LEGO designers unprecendented access to props, archives and footage from the films to create realistic playsets that will delight James Bond fans of all ages. Further details will be coming soon.

First of all, I am astounded that LEGO have managed to get the license for James Bond, which is filled with some pretty adult themes but as a huge 007 fan, I absolutely cannot wait.

I mean, who would’ve expected LEGO to work on a license which features gratuitous amounts of drinking, murder and sex? But I guess stranger things have happened!

Casino Royale is my favourite Bond movie of all (fight me if you disagree), so I’m hoping that they’ll do the poker game between Daniel Craig and Le Chiffre justice. Even a small playset with some printed tiles as cards would be sweet.

What has me most interested is the 1:13 scale Aston Martin DB5 from Goldfinger, which is hands down the most iconic vehicle in Bond history. The scale also suggests that this will be the same size as the Creator Expert vehicles. 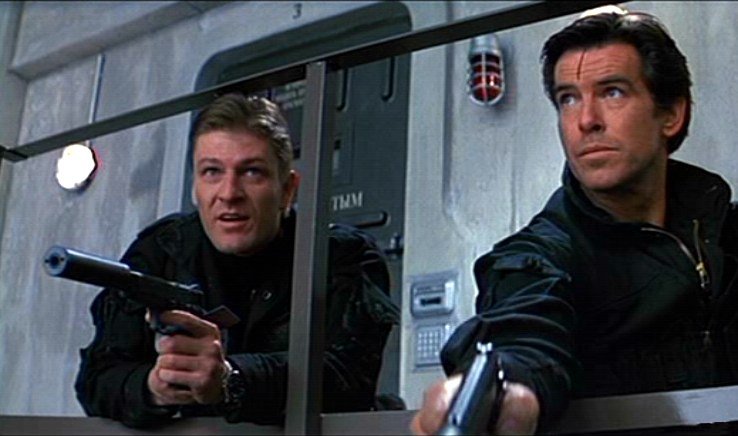 Not too sure how they’ll pull the Goldeneye set off (please include a Xenia Onatopp minifig!) but I would’ve rather they selected the Piranha Tank scene from You Only Live Twice. I could easily imagine that as a LEGO set, plus, the inclusion of a Blofeld minifig would be all sorts of cool!

So yeah, pretty huge news and such a big coup for LEGO to snag the Bond license! Let me know what you think of LEGO James Bond sets and if you think the scenes from the movies will translate well into LEGO!