UPDATE: My review of Simpsons Minifigures Series 2 is now live! Do check it out to see what I thought of each Simpsons minifigure and find out how you can find all 16 by feeling for them!

Update: Simpsons minifigures Series 2 are now on sale in Australia! They’ve been spotted in Myer, Coles and Woolworths and should start showing up everywhere soon.

There’s so much LEGO Simpsons news today! Hot on the heels of the Kwik-E-Mart reveal, LEGO have also unveiled gorgeous photos of Series 2 of the Simpsons Minifigures! 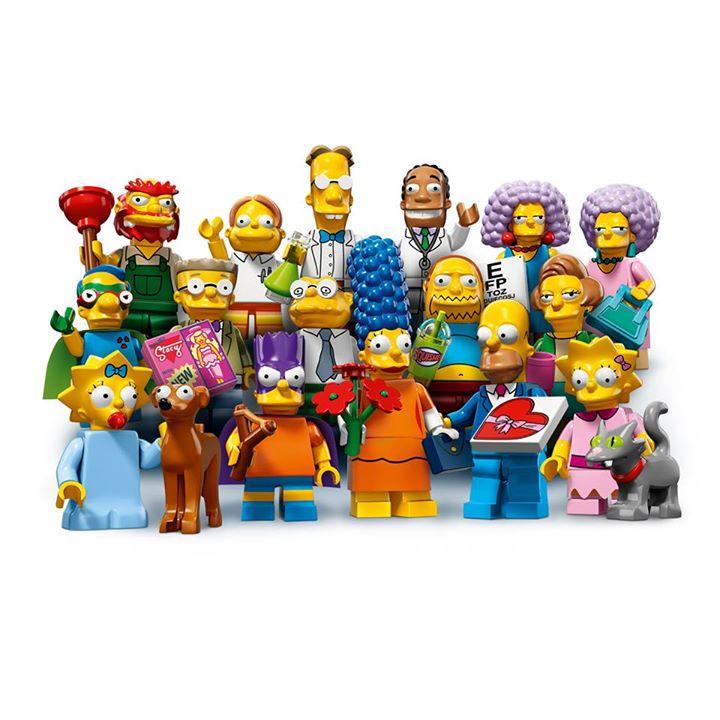 If you enjoyed the first LEGO Simpsons minifigures series, you’re probably going to enjoy this one too. The entire Simpsons family are present with updated designs and accessories including a very sharp looking Homer Simpson in his Sunday best as well as the family pets Santa’s Little Helper and Snowball!

The release date of LEGO Simpsons Minifigures Series 2 will be on 1 May – conveniently when the Kwik-E-Mart goes on sale to the general public! 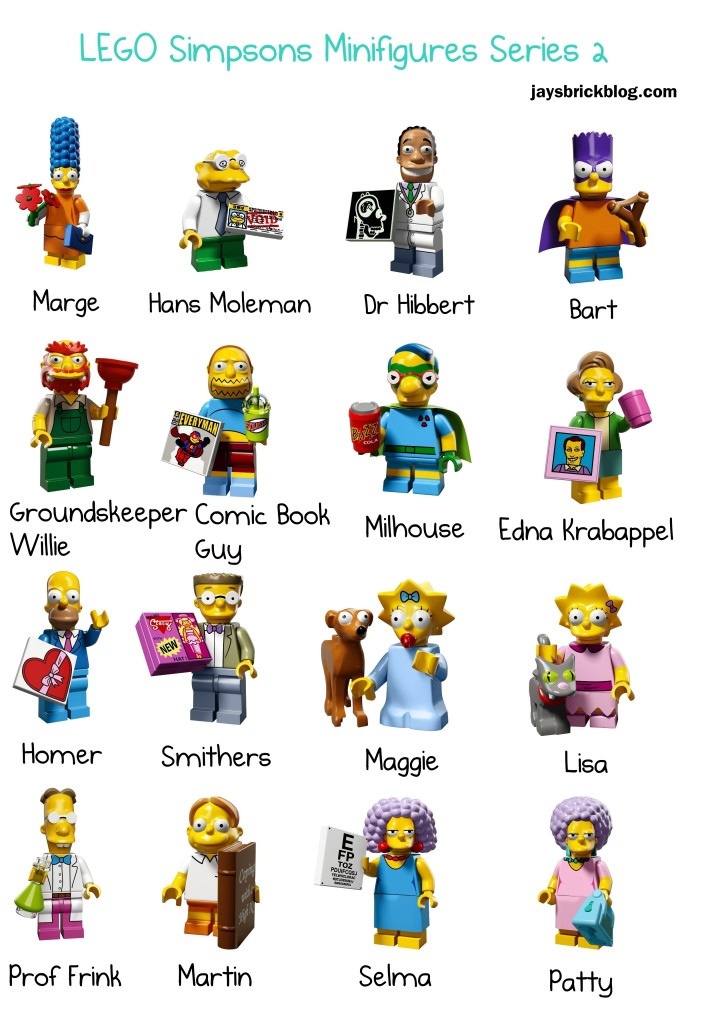 I also made a handy poster with all the character names of the Simpsons Minifigures Series 2 which should come in handy as the official checklist isn’t out yet.

Brickset posted up the individual photos, which you can also find in the gallery below.

Marge in her Sunday best

Homer Simpson in his Sunday best

Personally, I’m super excited as I really loved the first one. The accessories and cute little references included are great. What I’m most happy about is that we finally get Santa’s Little Helper and Snowball which means The Simpsons Household will finally be complete!

Be sure to check out my review of Series 1 of the Simpsons Minifigures to get a refresher of what to expect:

What do you think of Simpsons Series 2? Let me know in the comments!