Update: To find out more about the LEGO Batman Movie Series, be sure to check out my review for photos and my thoughts on each minifigure in this series!

Early this morning, LEGO officially announced the upcoming LEGO Batman Movie Minifigure Series on Facebook, giving us our very first look at the next Collectible Minifigure Series! For the first time ever, LEGO are cramming a whopping 20 minifigures into this series, making this the biggest lineup yet.

The LEGO Batman Movie is shaping exceptionally and is one of my most anticipated movies next year and everything that has been revealed so far is pointing towards it being another smash hit for LEGO.

20 Minifigures in a complete set is pretty crazy, but looking at the lineup, it’s fully justifiable. The minifigures, all of which are exclusive to this Series (except for maybe Joker who appears in the Arkham set) just scream fun.

I really love how Warner Bros and LEGO are going all out with making The LEGO Batman movie as zany as possible, and at the same time, using it to celebrate Batman’s illustrious legacy.

The release date for the LEGO Batman Movie Minifigures is  1 January 2017.

Update: It’s been confirmed by Whitefang in his review that the box distribution or breakdown of a complete box of LEGO Batman Movie Minifigures. There are 3 complete sets in each box, which means that there will be 3 of each minifig in each box! Very happy with this outcome!

The Australian price has also been confirmed – these will cost AU$6. Other global prices have also been revealed, and we’re not the only country in the world where the price has gone up.

See the LEGO.com/shop listings below: 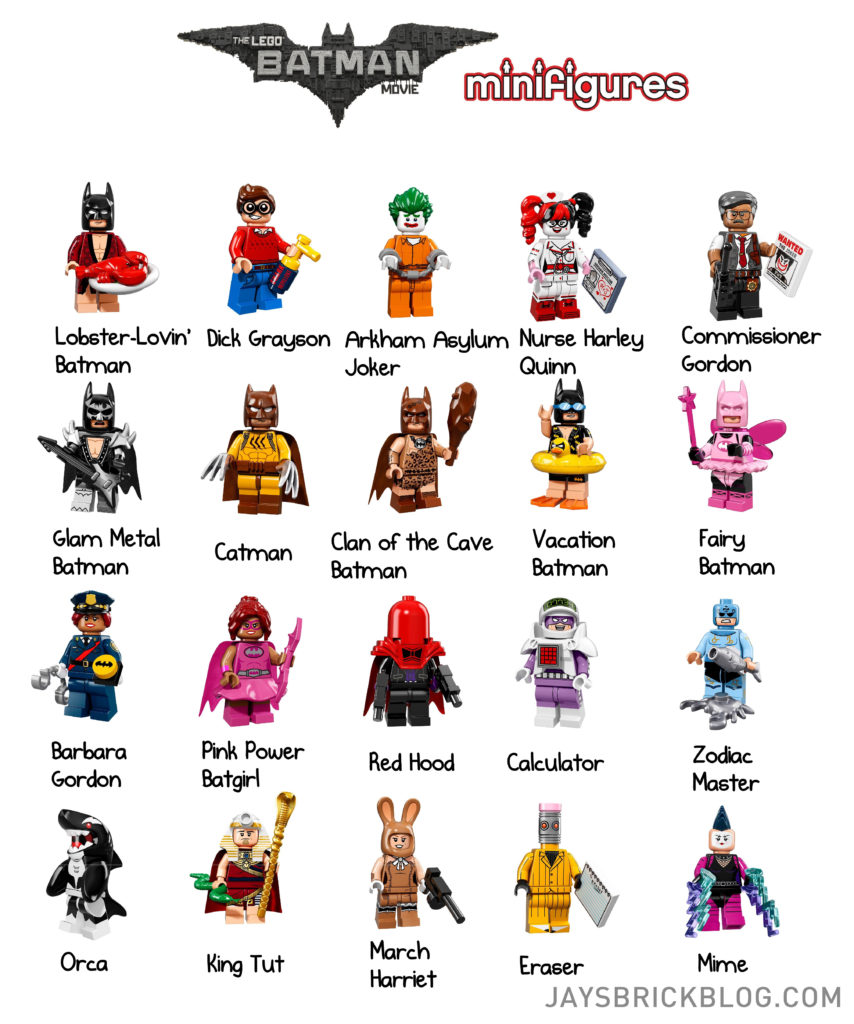 Here are the full list of characters in the LEGO Batman Movie Minifigures Series. In lieu of the actual minifigure checklist, I’ve created this image which shows you all the character names which will be helpful as there are so many obscure villains in this!

I really love that LEGO have used this platform to showcase some of the lesser known villains in the Batman universe, namely characters like King Tut, March Harriet, Mime, Zodiac Master and Eraser.

Personally, I’m most excited by Fairy Batman, Vacation Batman, Red Hood (Yes!!!), Glam Metal Batman, King Tut and March Harriet for her Bunny Ears! I am also absolutely delighted that Dick Grayson is holding up a can of Shark Repellent which of course, references one of the best scenes out of the 1960s Batman.

Also, that mould on Vacation Batman’s float is just exceptional. Batman in a pink tutu is also the funniest thing ever. 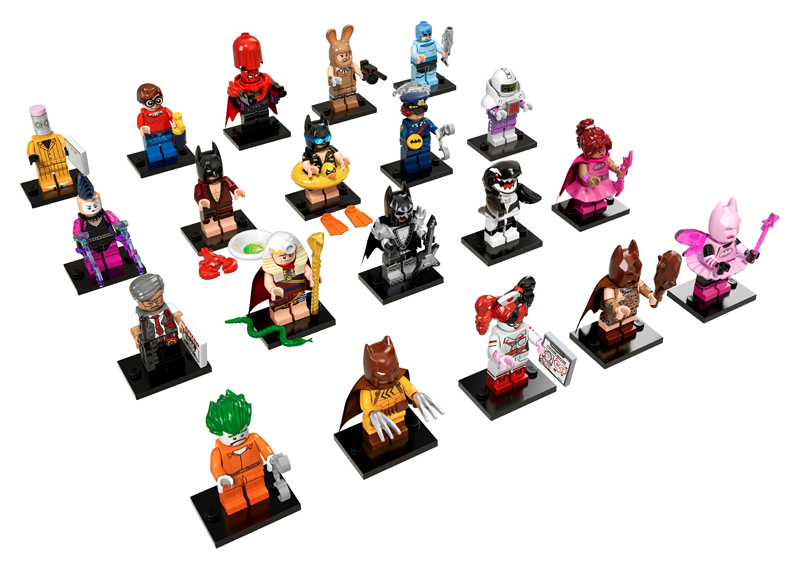 Here’s another look at the LEGO Batman Movie minifigures, where you can see Red Hood’s face beneath his umm, hood. Very, very cool. 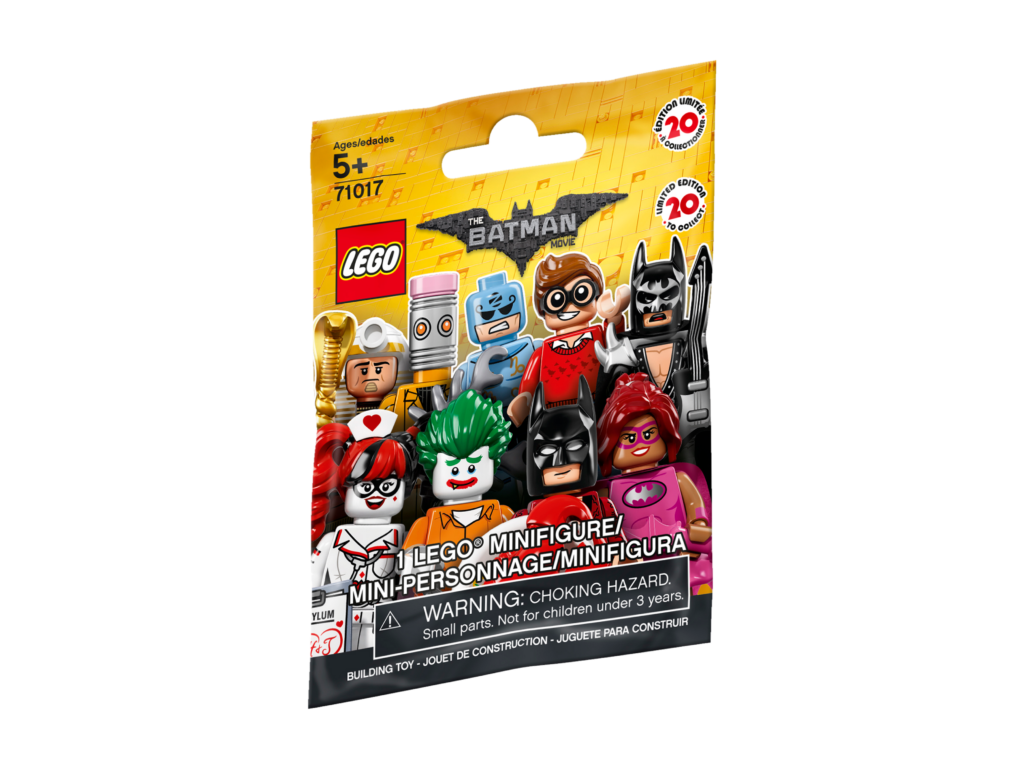 Here’s a look at the individual blind bags for the LEGO Batman Movie Minifigure Series!

So yeah, there you have the LEGO Batman Movie minifigures. What do you think of the series? Not to be a downer, but I’ve heard rumours that we’ll see a price increase for LEGO Minifigure blindbags. Apparently, each blind bag will cost $6 in Australia. Seeing Coles start selling Series 16 minifigs for $6 lends credence to this rumour.

Update: This has been confirmed. The Lego Batman Movie Minifigs will be $6 in Australia.

I guess it was bound to happen eventually since they’ve stayed the same price for the longest time ever. But that also means that a complete set will cost $120. Ouch!

Anyway, Let me know in the comments which ones are you most looking forward to!

Here’s a gallery of the individual minifigures for your browsing leisure!

Clan of the Cave Batman