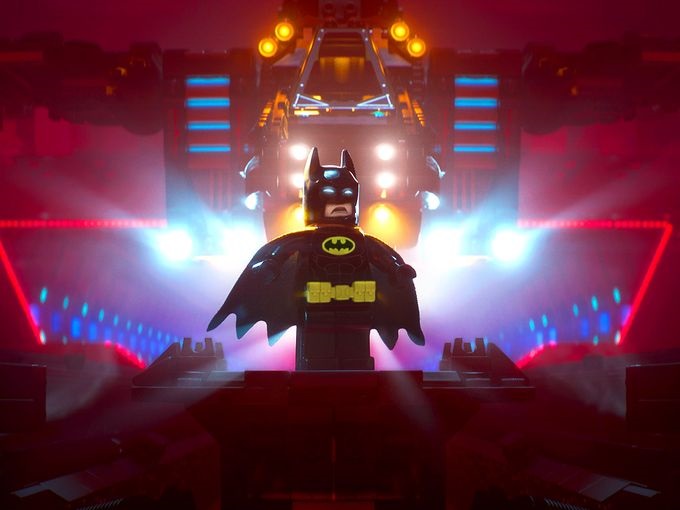 It’s now official – The LEGO Batman Movie is going to be released in Australia and New Zealand on 30 March 2017, 48 days after the US (and nearly every other country) in the world gets it.

This is not okay.

I’ve been mulling over this post for the last few days, trying to think about the best way to convey how I feel about all of this. If you’ve read my articles on The LEGO Batman Movie, you’d know how excited I am for it.

After all, this feels like history repeating itself, when we experienced the very same delay in 2014 with The LEGO Movie.

It felt like some sort of first world injustice, being made to wait almost 2 months for the movie to release in Australia, especially since the movie had been amassing rave reviews from critics and the LEGO fan community.

Two months is a long time to wait, especially for what is undoubtedly going to one of 2017’s biggest pop culture phenomenons. Mark my words, it’s going to be the best Batman movie ever.

Delays in this day and age are unacceptable. Paraphrasing myself in my open letter to LEGO Australia about LEGO product delays – Australians AND New Zealands are going to be robbed of the opportunity to participate in the global conversation about The LEGO Batman Movie with fans across the world. Robbed.

We are also probably going to have the movie’s plot and funniest scenes spoiled for us as well. And that is not cool.

Why is The LEGO Batman delayed by so much? Well, you have to blame Village Roadshow, the distributors of the film. They’re delaying the movie in Australia to coincide with the school holidays.

I can see it from their perspective: school holidays = more kids screaming for their parents to take them to the cinemas. In their minds, that probably equates to more profit than a February release, when family budgets are still recovering from the Christmas shopping and Summer holidays. 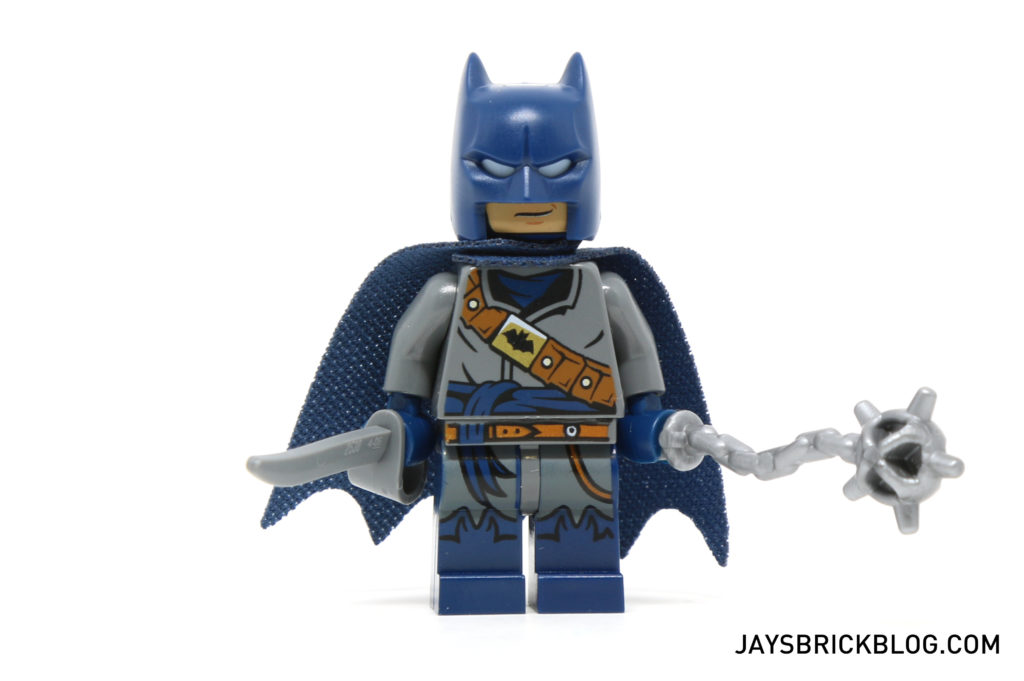 One of the sites I frequent daily (in a professional capacity) is Mumbrella, and I can still remember the day this article went up – where Village Roadshow Graham Burke openly admitted that he/they made a massive mistake releasing The LEGO Movie so late, which caused it to be massively pirated. That equated to about 3.5 – 5 million in lost revenue. He also said that they wouldn’t repeat that mistake again, but hey, here we are.

To be honest, I think that it’s a bullshit number, drummed up to raise the spectre of online piracy. While most media outlets have gone with the piracy angle… it doesn’t add up. Someone who isn’t willing to wait 48 days and is content with downloading a shitty cam version of The LEGO Batman Movie will definitely not be paying $20 to watch it legitimately in a cinema.

I digress. Let’s dial up the #realtalk.

I am unequivocally disappointed, let down and angered by Village Roadshow’s decision to delay The LEGO Batman Movie by 48 days. It’s unacceptable and it’s practically an insult to Australian LEGO and Batman fans who are eager to watch one of the biggest animated movies of 2017.

It may be the millenial in me talking, but I cannot stand waiting almost two months to watch it, knowing full well that my counterparts all over the world get to enjoy it in early February. 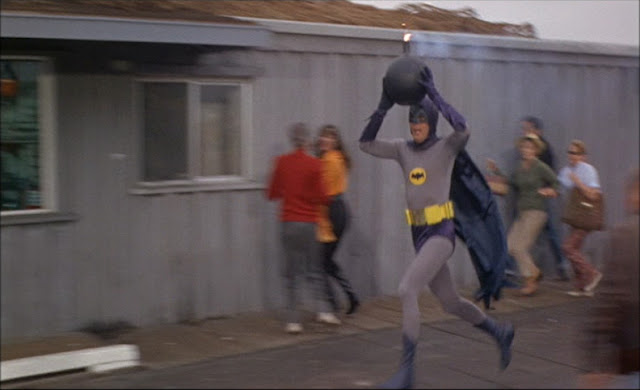 What am I doing? Personally, I am going to be boycotting Village Roadshow and The LEGO Batman Movie.

This decision by them is motivated purely by greed, so I’m going to put my money where my mouth is and not give Village Roadshow a single cent at the box office. And hey, I was going to see this movie at least 4 times.

It’s insignificant, and it really hurts me to not watch The LEGO Batman Movie till it comes out on Bluray, but this is something I feel strongly about.

Will I illegally download the movie? Probably not, because I don’t want my first taste of The LEGO Batman Movie to be a substandard shakycam recording. Also, I want to reward the creators (not Village Roadshow), and will eventually buy the DVD/Bluray to support WB.

I don’t expect anyone else to do the same. BUT, if you want to express your disappointment and anger at Village Roadshow, you can join our protest.

Together with some of Australia and New Zealand’s largest LEGO communities, LUGs and RLFMs (Recognised LEGO Fan Media), we’re staging a co-ordinated protest of The LEGO Batman Movie’s delay.

At this stage, we’re unsure if this will even result in anything, but enough is enough and we Australian and NZ LEGO Batman fans are tired of getting shafted time and time again.

Here’s where you come in and how you can help:

1. I’d really love to know what you think of this delay. Please express how you (and your family, if you have young kids) feel about this in the comments section. Each comment will be added into this post to ensure maximum visibility and I want the goons at Village Roadshow to see what LEGO fans think of their decision.

2. We need your support in raising awareness of this protest. If you’re on social media (Instagram/Facebook/Twitter) please join our protest by using the hashtag #SameBatTimeAusNZ in solidarity with us.

A bunch of us on Instagram are also protesting by taking photos of how we interpret #SameBatTimeAusNZ in the most creative way possible. Check out some examples by @CheepJokes, @LLWorld, @Harleyquin and @Cityinpieces below. Feel free to repost these photos or take your own.

It’s time for #LEGO fans to demand @RoadShowFilms screen the @LEGOBatmanMovie in Australia & New Zealand at the same time as the rest of the world! A delay of 48 days is unacceptable, and #Roadshowfilms are letting down millions of LEGO Batman fans Down Under. We want the #LEGOBatmanMovie and we want the #SameBatTimeAusNZ for all! Repost this picture, or take your own and tag @RoadshowFilms along with our hashtag #SameBatTimeAusNZ to show your support!

3. You can also sign the petition that Bricking Around started on change.org to show further solidary with LEGO fans Down Under.

What, you may ask are we hoping to achieve with this? The perfect scenario would be to of course to get Village Roadshow to shift the opening date to early February in line with everyone else in the world.

The media attention that this issue has been receiving sure does help, but at the same time, I don’t have especially high expectations that Village Roadshow will change their minds.

I do hope to see a strong, unified and vocal show of support from Australian and Kiwi LEGO fans in expressing their disappointment in Village Roadshow’s shoddy decision to delay The LEGO Batman Movie.

This is the perfect opportunity to prove that we aren’t just a vocal minority but there is widespread demand for an early LEGO Batman Movie release.

Which brings me to what I think is the most realistic and desireable outcome out of this protest.

I don’t think it’s too much to ask for Village Roadshow to hold several limited screenings to give LEGO and Batman fans the chance to enjoy The LEGO Batman Movie at the same time as the rest of the world, ahead of a wider Australian release in March to hit the school holiday crowd.

Village Roadshow, if you do that, you can bet your ass that I will watch the movie not just once, not twice but multiple times during each screening window.

If you’re a new, old, casual reader, I implore you to help support our protest in any way.

Please. It will make a huge difference to all of us here in Australia and New Zealand.

Thank you in advance for all your support.