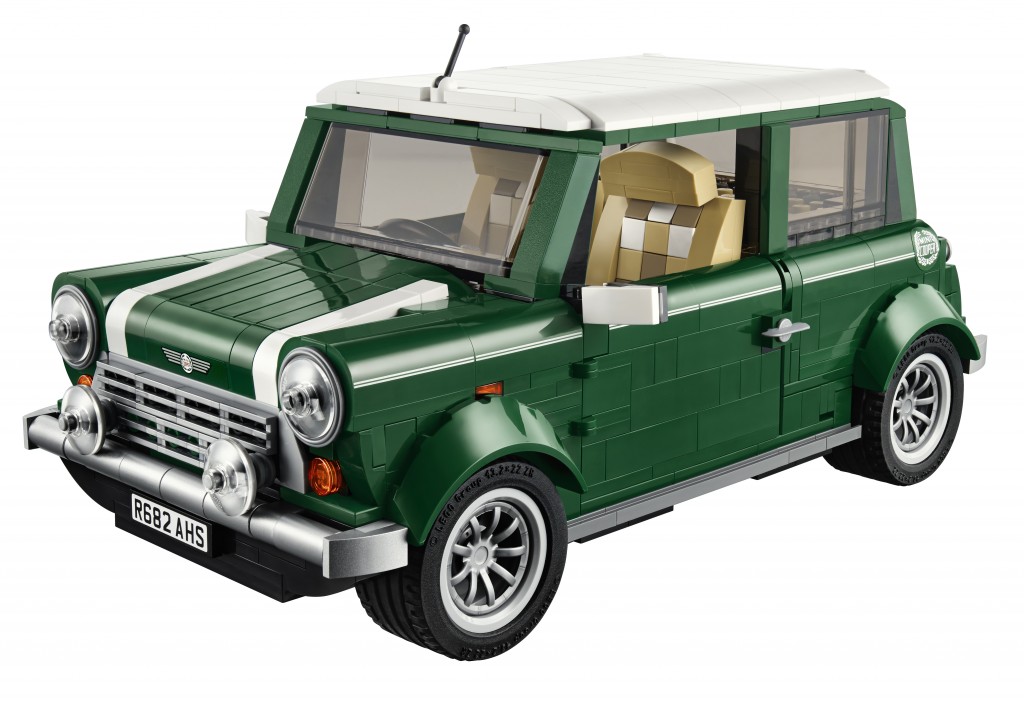 UPDATE: The LEGO Mini Cooper is now available for purchase if you’re a LEGO.com VIP Member (free to join). You can check it out here. The Australian price is $150, which isn’t too bad compared to the US where it costs $100. If you order before 31 July, you’ll receive a bonus Mini Mini Cooper! Do note that LEGO recently raised their Free Shipping threshold for Australian orders to $200, so this means that you’ll ether have to pony up a shipping free or add another $50 worth of LEGO to get the Mini Cooper shipped to you for free. 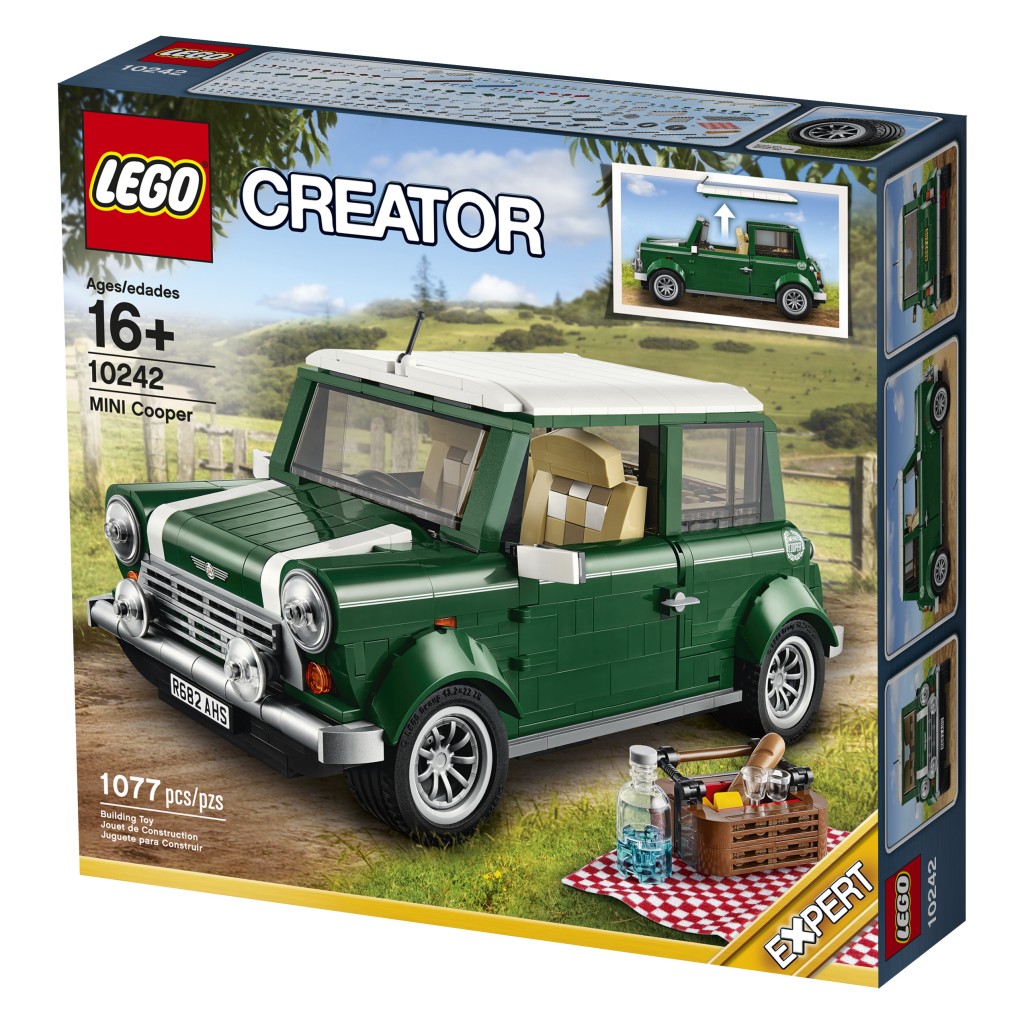 Weighing in at 1,077 pieces, this beautifully crafted LEGO brick replica is set to go on sale in August 2014 and has an Australian retail price of $149.99. Thankfully, the mark up isn’t too ghastly, seeing as how it will cost $99.99 in the USA.

As a proud owner of the fantastic Volkswagen T1, I’m beyond excited for my chance at putting the MINI Cooper together. The T1 Campervan is one of the few sets I own that has the coveted “permanently on display” status, a rare honour bestowed on only the best sets and LEGO models.

The first thing that immediately struck me about the MINI Cooper is the beautiful British Racing Green paint job and white racing stripes on the car’s bonnet. Poignantly, the MK VII model is one of the last of its kind, before production went over to BMW who make the Mini Coopers you see on the roads now. Bad news for classic car enthusiasts who are hankering for a more vintage model, but I quite like that they chose the very last MINI Cooper to be immortalised in LEGO. 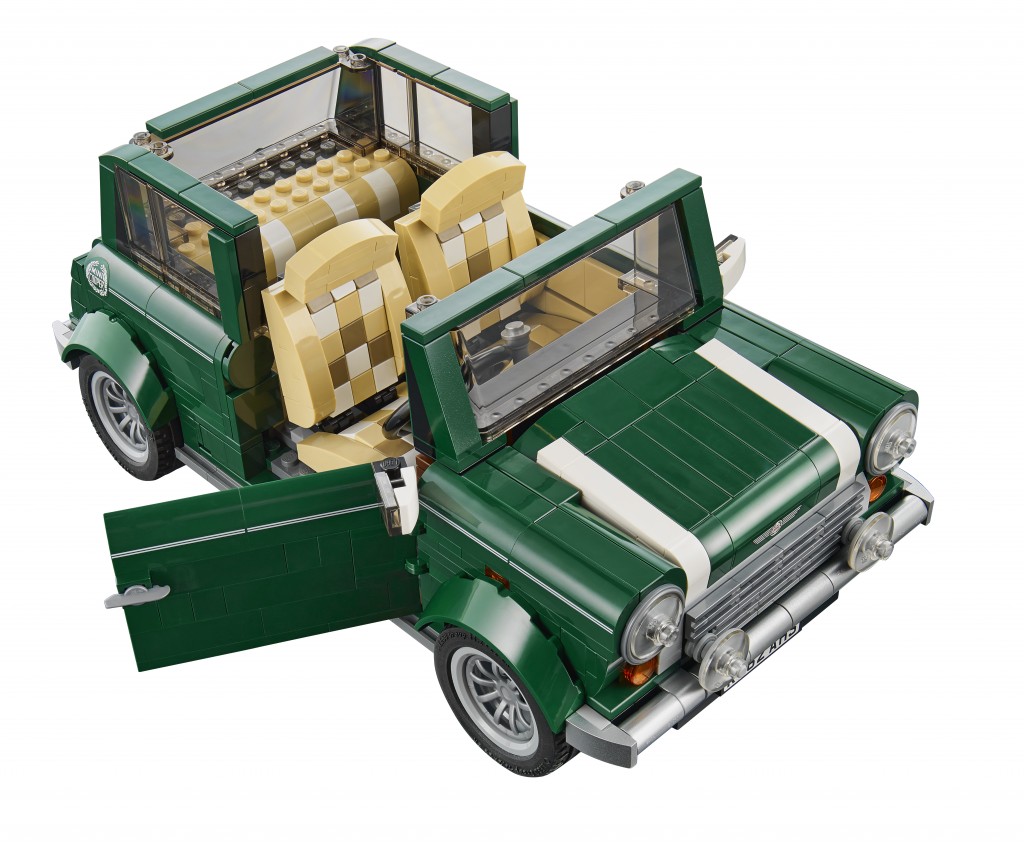 From the press images and designer video, it’s quite evident that LEGO has done an exceptional job with this model – ensuring that it looks as authentic and close as possible to the real thing while simultaneously packing in all sorts of interactive features such as a bonnet that can be lifted open to reveal the engine block, removable roof and even picnic accessories designed for a cosy day in the countryside. 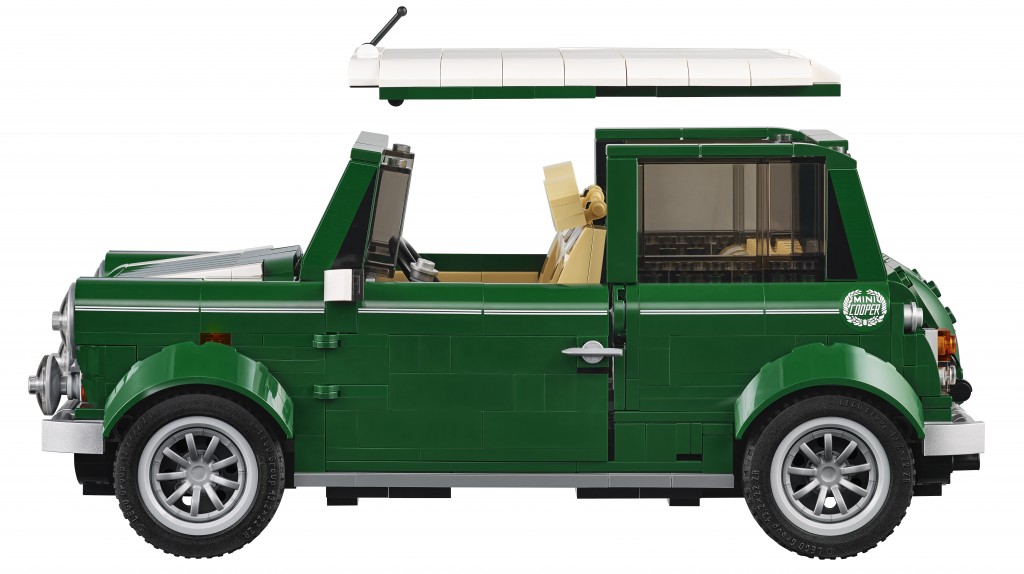 The MINI Cooper measures in at over 11cm high, 25cm long and 14cm wide which roughly makes it about the same size as the Volkswagen Camper Van which hopefully means that they’ll look great side by side. It’ll be extremely difficult to not buy this set as soon as its released in August which is only about 2 months-ish away and I hope to be able to build and review it in further detail.

For more information, check out the LEGO Designer video as well as a series of tongue in cheek spoof car commercials featuring the MINI Cooper, courtesy of FBTB’s Youtube channel. I love that they picked a LEGO designer with a British accent for the Designer video! The LEGO Mini Cooper was designed by Andy Seenan, who features in the video below.

Are you excited to add this to your collection? Let me know your thoughts in the comments!