Yesterday, LEGO revealed official images of the 21st LEGO Ideas set to hit toy store shelves – 21314 Tron: Legacy! If you’ve been following my blog for awhile, you’ll know that I’m a pretty big movie buff – Tron: Legacy for all its flaws and imperfections ranks highly as one of my favourite movies of all time.

I have such a soft spot for it and will put in on TV every now and then just to immerse myself in the visuals and the soundtrack. Oh the soundtrack by Daft Punk is hands down one of my favourite albums of all time – I put it on every time I need to focus and get motivated. Seriously, I challenge you to listen to The Game Has Changed (the track that plays during the light cycle scene) and not get unbelievably hyped up.

Such a good movie and it deserves more love than it currently gets.

21314 Tron: Legacy is a small LEGO Ideas set (only 230 pieces), that will be released on the 31st of March on LEGO.com. See below for regional pricing.

Like the Ghostbusters Ecto-1 and Back to the Future DeLorean before it, this set is designed to appeal to fans of movies and pop culture, in this case fans of Tron. The set is based off the designs submitted by BrickBros to the LEGO Ideas platform. 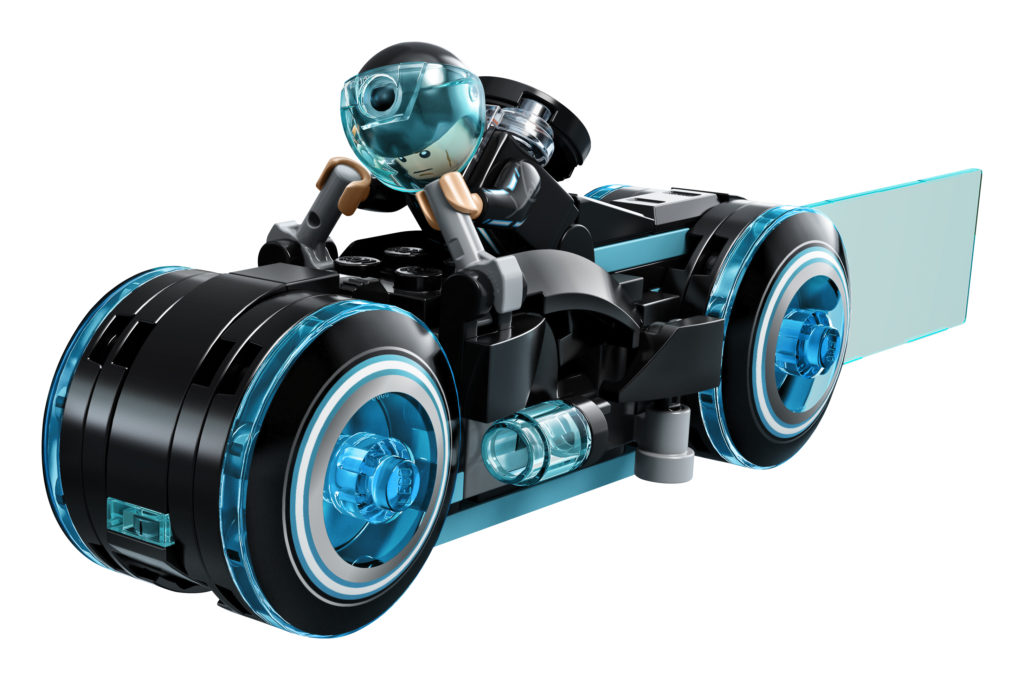 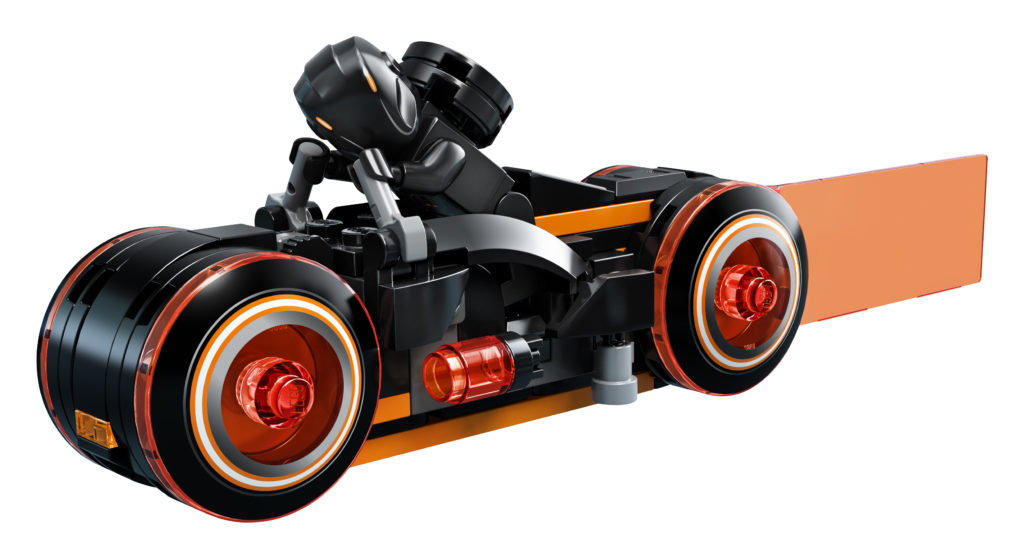 The highlight of the LEGO Tron Legacy sets are undoubtedly the Light Cycles, one for Flynn and one for Rinzler in their signature neon blue and orange colourways.

Unfortunately, we don’t have the technology to light up individual elements to properly simulate the Tron look, so we’ll have to make do with a mix of translucent pieces and printed elements for the effect.

From the official photos, the light cycles look really good. Simple, but the designs effectively convey the look from the movie. I do like the printed dishes for the wheels and the inclusion of the transparent light streaks that trail behind the light cycles.

The set also comes with a grid display base, where you can affix the Light Cycles to, for added display potential.

The set comes with 3 minifigures, Quorra, Rinzler and Sam Flynn, all of whom are attired in the signature Tron catsuits with illuminated streaks. 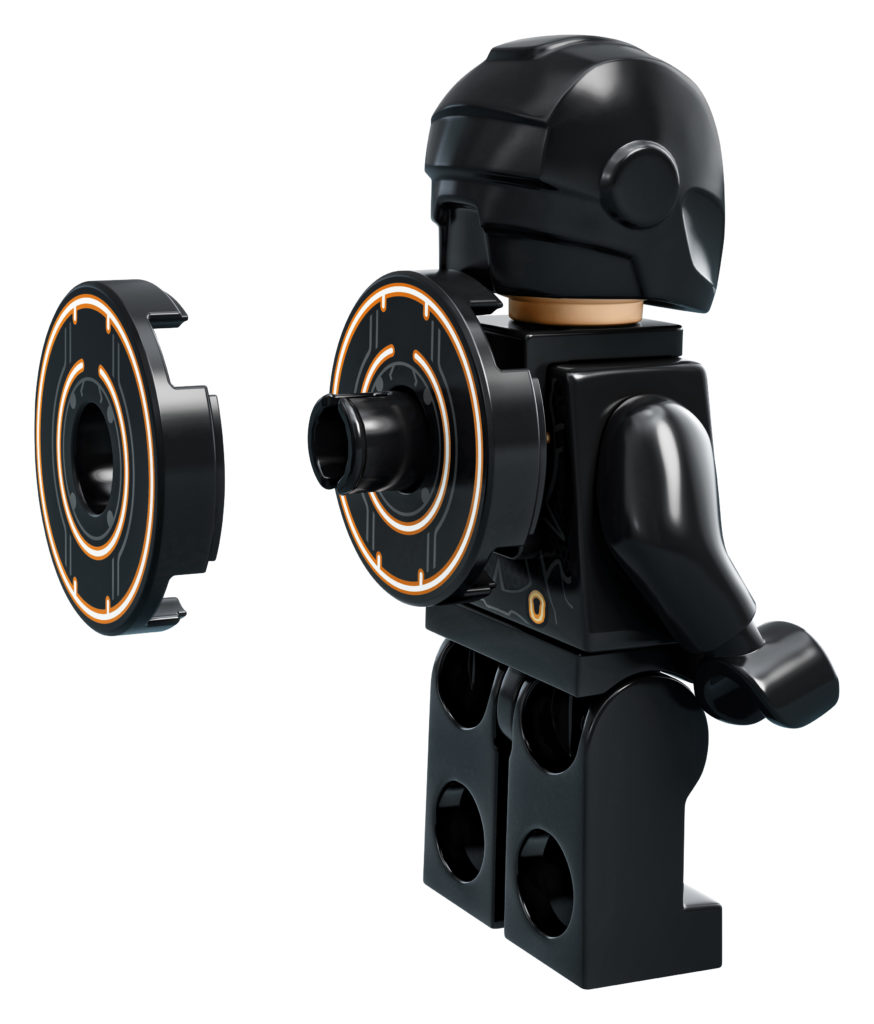 Printed elements abound such as the identity discs that are used as weapons in the Arena. Rinzler as you can see has a relatively new neck bracket with a Technic pin in it.

The minifigures are really fun, and I for one can’t wait to get a Quorra minifigure as she was my favourite character in the movie. I also believe this is Olivia Wilde’s first LEGO minifigure, which is really cool.

As a huge Tron: Legacy fan, this set is a no-brainer for me, however the price point is perhaps one of the set’s weakest draws. At AU$50/US$34.99, it’s on the higher end of the price spectrum, as you’re really not getting a substantial amount of LEGO but this shouldn’t come as a surprise for licensed LEGO Ideas sets.

Fans of Tron are going to love it, but I suspect that this set isn’t going to have much mainstream appeal, especially since Tron Legacy is almost 8 years old now, and when it came out, it didn’t exactly set the world on fire.

Maybe if they had included Jeff Bridges’ character (Clu or even the old version) that might make the pricetag a little more palatable.

That said, I’ll definitely pick this set up and am mildly excited for it.

LEGO Ideas 21314 Tron: Legacy will be released on LEGO.com and at your local LEGO Brand Retail stores on 31 March 2018.

What are your thoughts on the Tron: Legacy set? Are you picking this set up or passing? Let me know by taking the poll or leaving a comment!