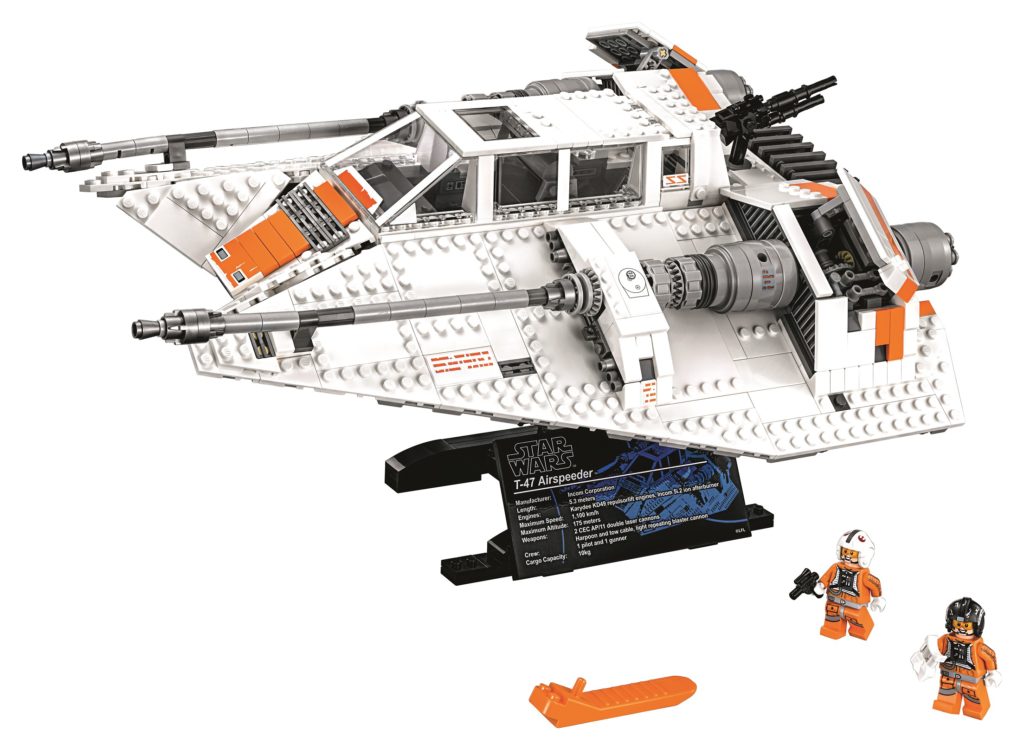 It’s finally official, after countless leaks and rumours, LEGO has unveiled 75144 Snowspeeder, the first UCS set of 2017! It’s been a long time coming and is an updated version of 10129 Rebel Snowspeeder which came out FOURTEEN years ago.

Most of y’all were probably still stuck in your dark ages then so I definitely feel that 75144 Snowspeeder is a great set to remake for this year. Hopefully this isn’t the only UCS set LEGO remakes this year. *wink* 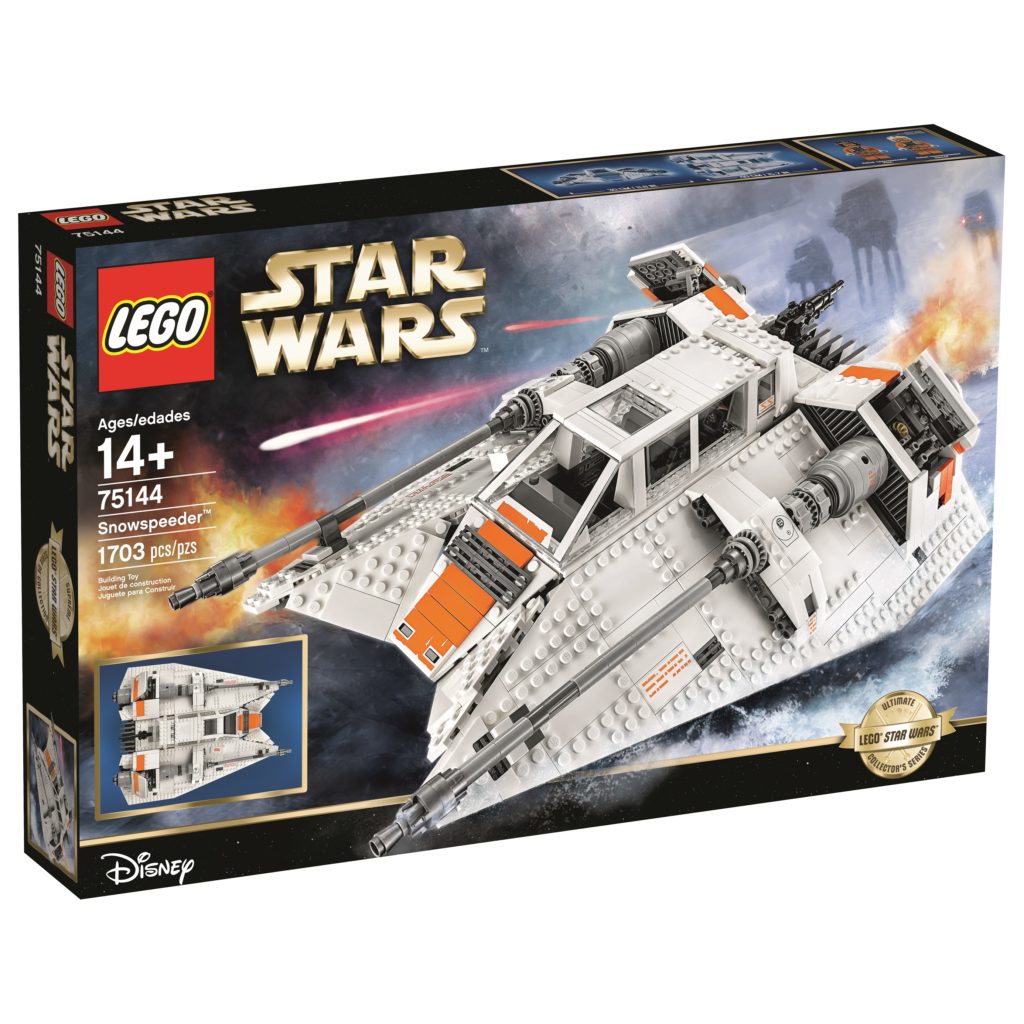 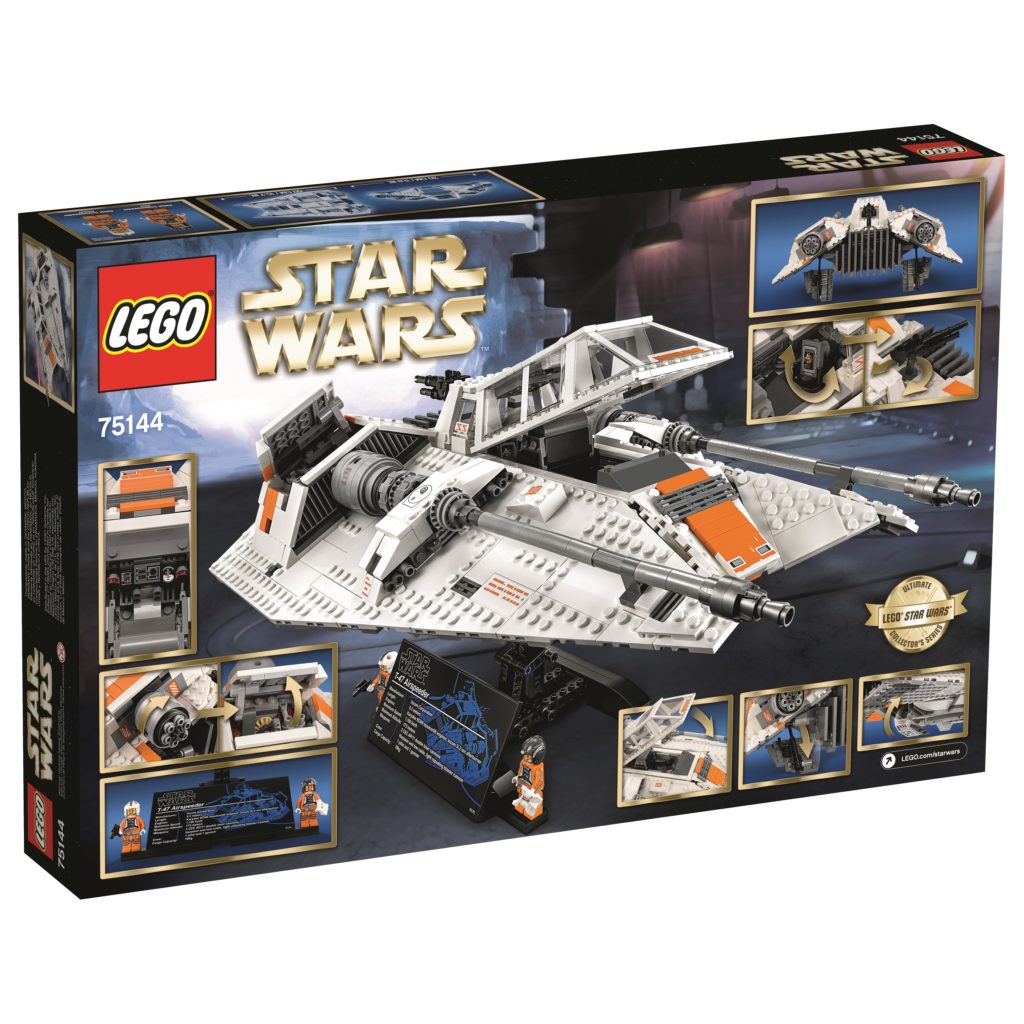 Here are the product pages for the UCS Snowspeeder by country

The release date for 75144 UCS Snowspeeder is 4th May 2017, aka Star Wars Day, but LEGO VIP members will receive early access to the set, starting from 29 April which marks the start of the May the 4th promotion.

The Snowspeeder or Airspeeder is one of the most iconic Star Wars vehicles ever, sealing its place in the hearts of Star Wars fans in Empire Strikes Back and for the most part, I’ll be definitely picking this set up to add to my modest UCS collection.

That said, I do have mixed feelings about this set. 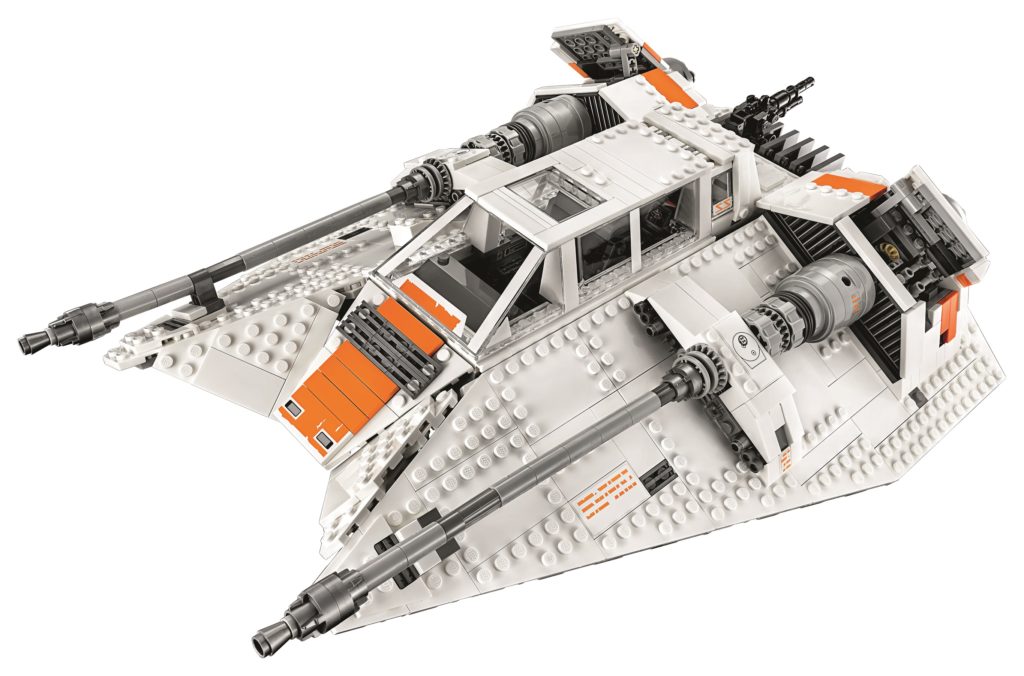 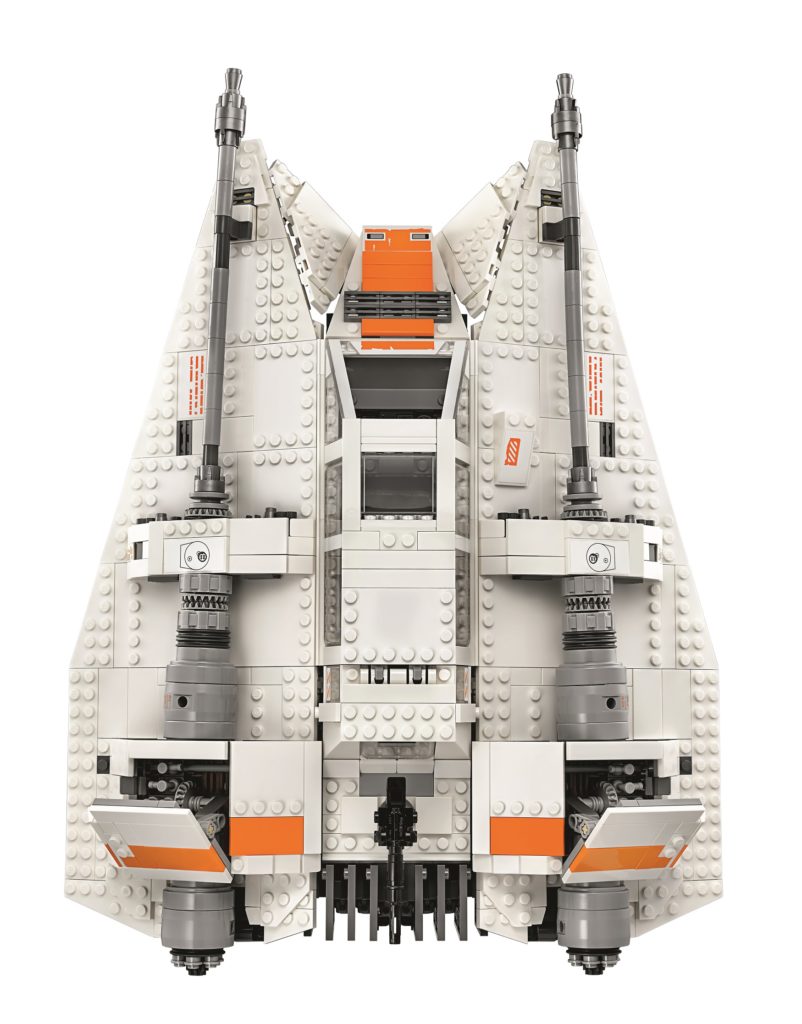 I am glad that this is going to be a return to form for the hallowed UCS label. Last year was a pretty terrible year for Star Wars UCS fans with the turd of a set that was Assault on Hoth, and the pretty underwhelming copy-paste job that was the Death Star.

It’s nice that LEGO are trying to redeem themselves with an actual UCS remake that people actually want.

I think the design mostly works – the Snowspeeder’s angular lines and shape seems a lot closer to the model in the movies than the previous UCS Snowspeeder, which should be a plus for fans. 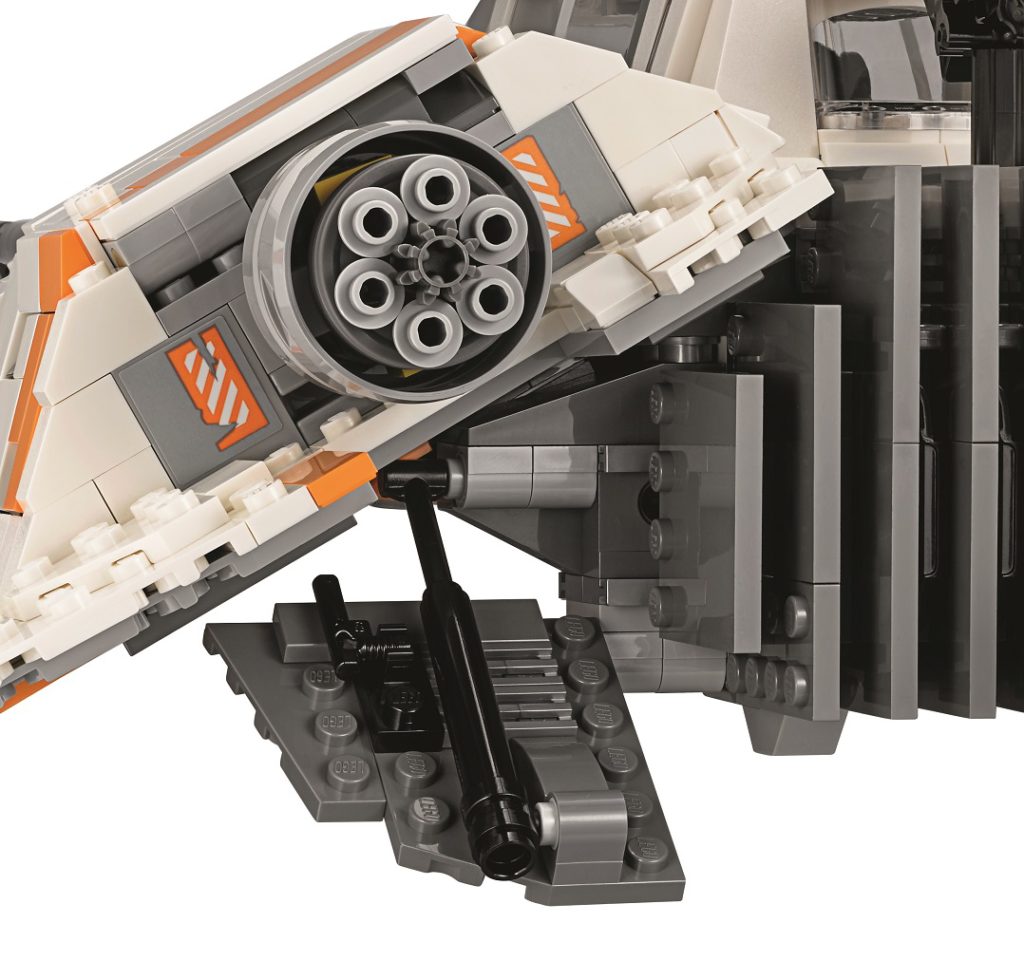 There are some really cool designs like the detailed turbolasers, as well as the interactive air brakes that can be swiveled open when you twist the turbolaser knob at the back. You can see more of the play features in action in the designer video. 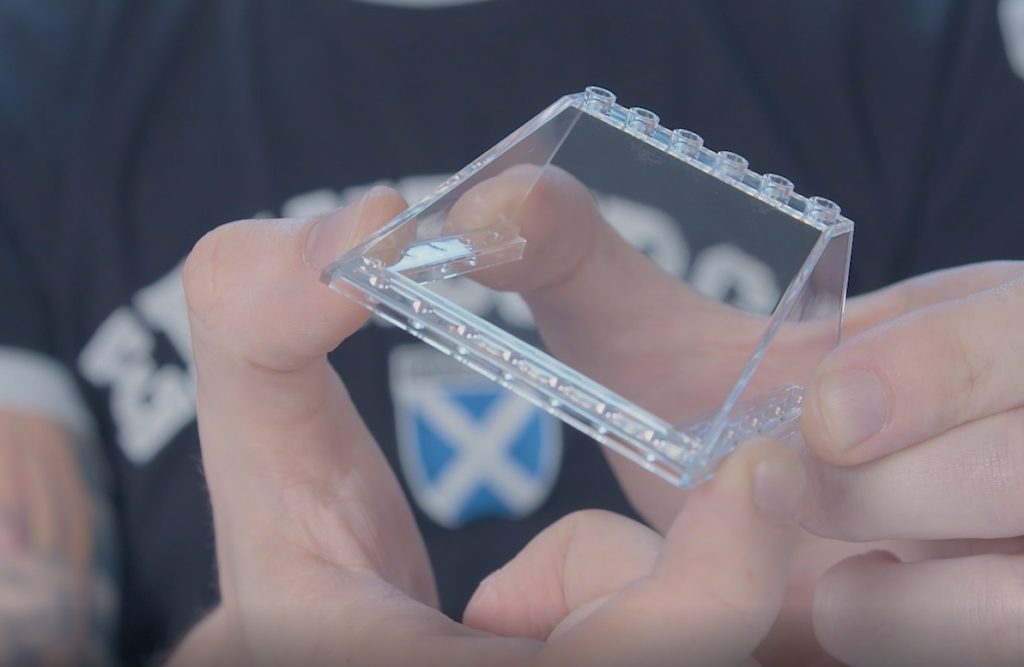 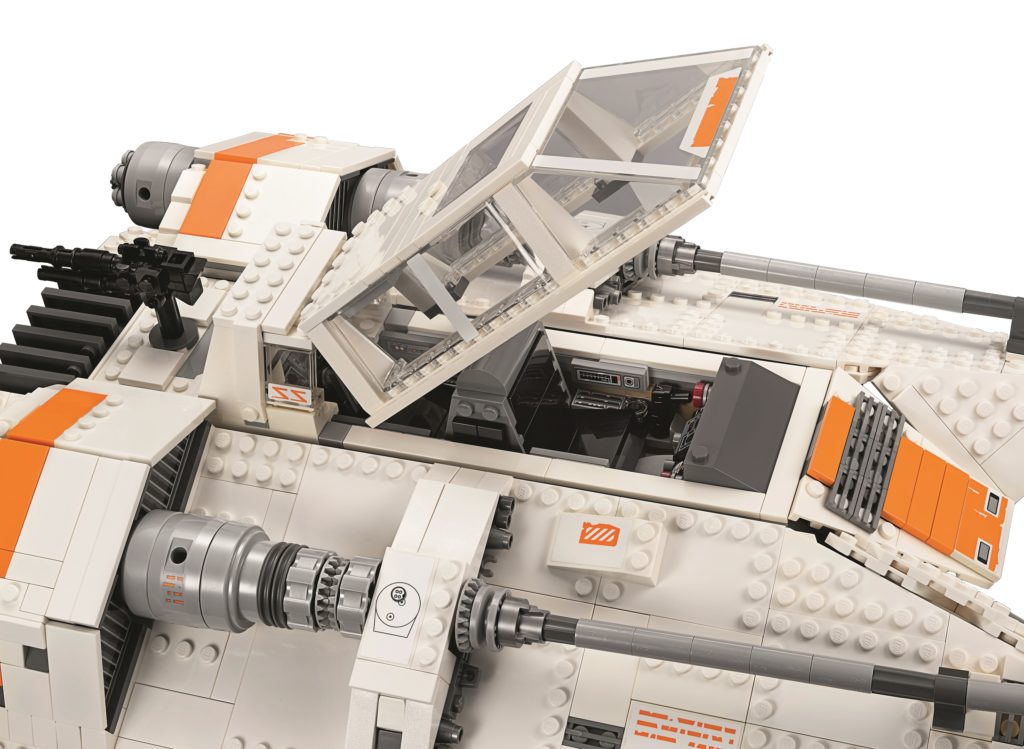 One of the highlights of the set is the brand new cockpit piece that was created just for this set, which you can see above which helps make it look more realistic compared to the previous one. 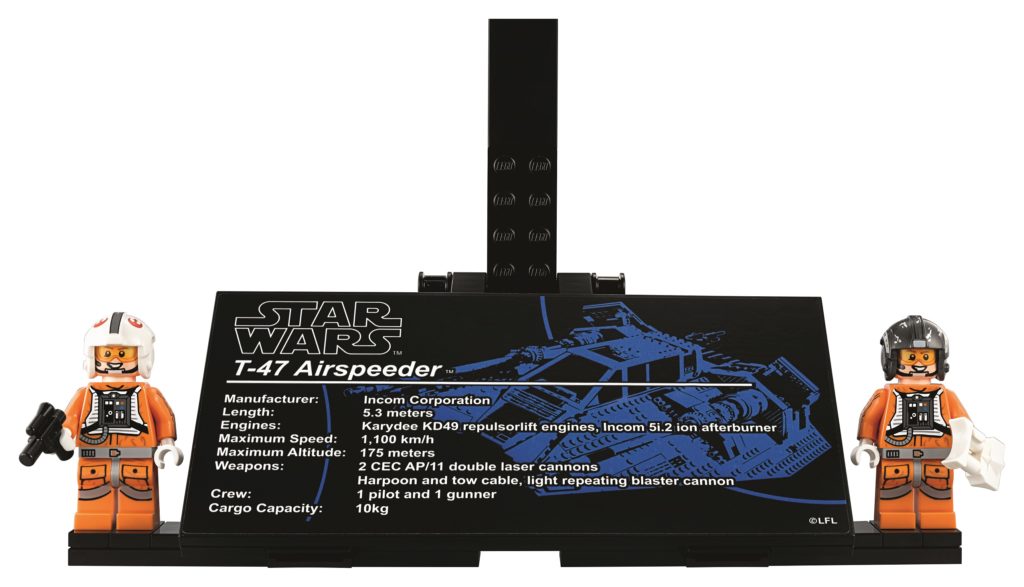 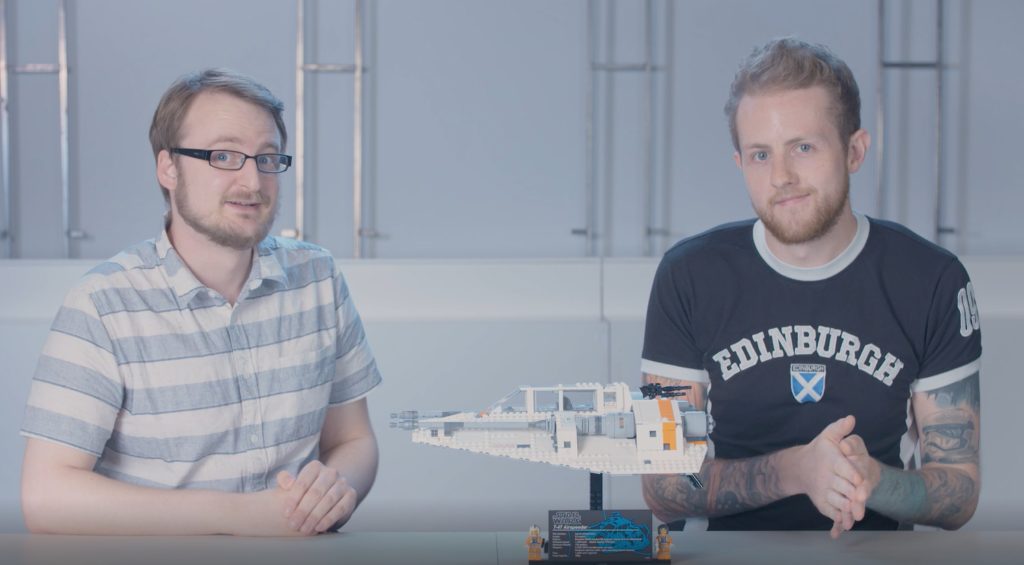 Like any good UCS set, you can see that it’s sufficiently large and looks like it’ll be a great display piece that will fit in with all your other UCS sets. 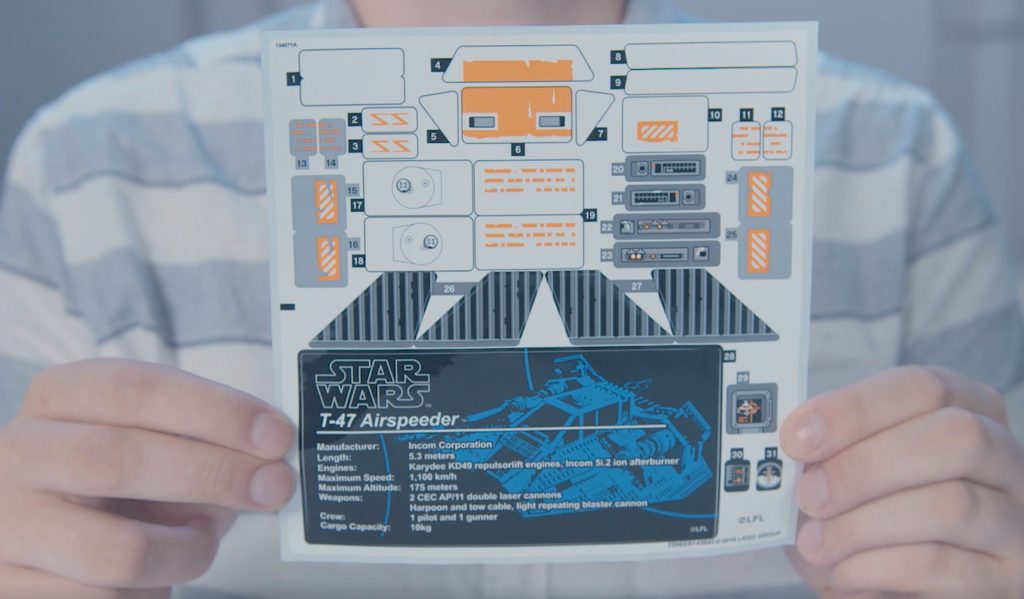 I can’t definitely tell you if it’s an actual good build or not until I get this set in my hands, but there are some elements that are pretty disappointing. Look at that sticker sheet!

For a UCS set that’s squarely aimed at adults and commands a premium price, it’s ludicrous that you’ll be forced to apply 31 stickers. It’s 2017 and we’ve seen that LEGO can and will print on elements if they really want to.

Having this many stickers in a UCS set is just plain frustrating, no matter how much the designers try to justify that it’s so that it looks a lot more movie accurate.

Sure, printed elements may drive the price of the set up, but the people who buy UCS sets typically have the disposable income to absorb an extra 20 or even 30 dollars which I assume is how much it would cost to have most elements printed.

I think LEGO have wasted a golden opportunity here, especially since this is a remake to signal that they do get the needs and desires of Adult LEGO/UCS fans. To put things into perspective, the original UCS Snowspeeder only had like 12 stickers. 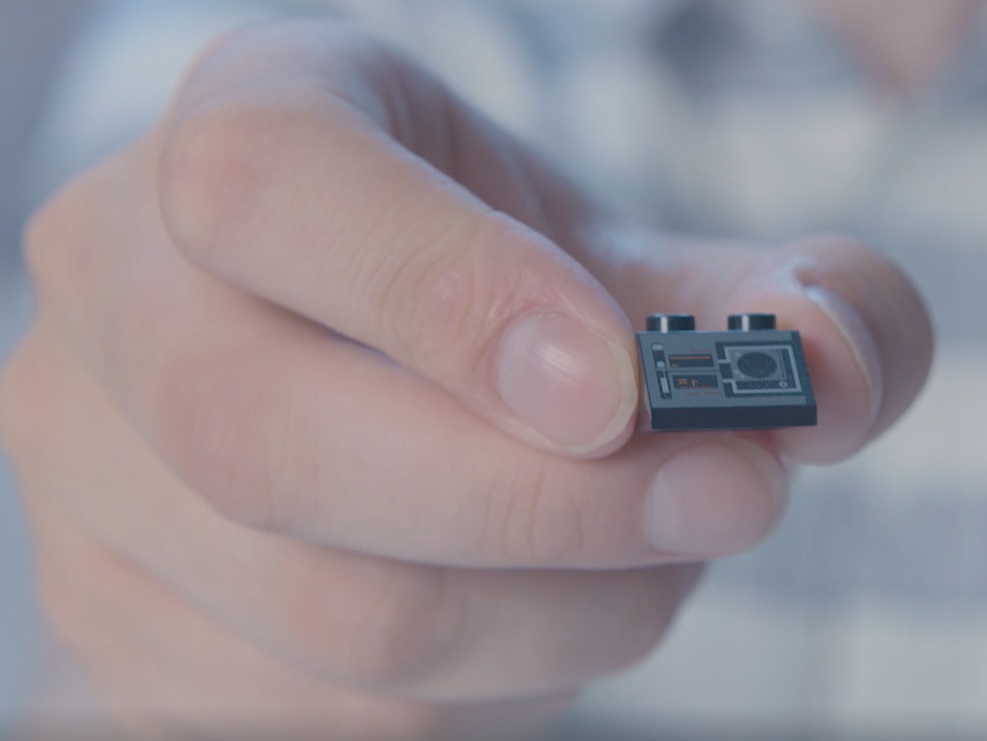 There is one new printed computer console element, but we want more of this, LEGO.

While the official product photos look good, this shot from the designer video has me worried that the stickers don’t seem to blend in with the LEGO elements.

You can see that some of them stick out in such a glaring manner that makes them impossible to completely ignore. Now this could be due to prototype stickers used in the video, which is usually shot well ahead of time… but this worries me, and for most LEGO fans, I think they’ll opt to not apply the stickers to avoid this issue. 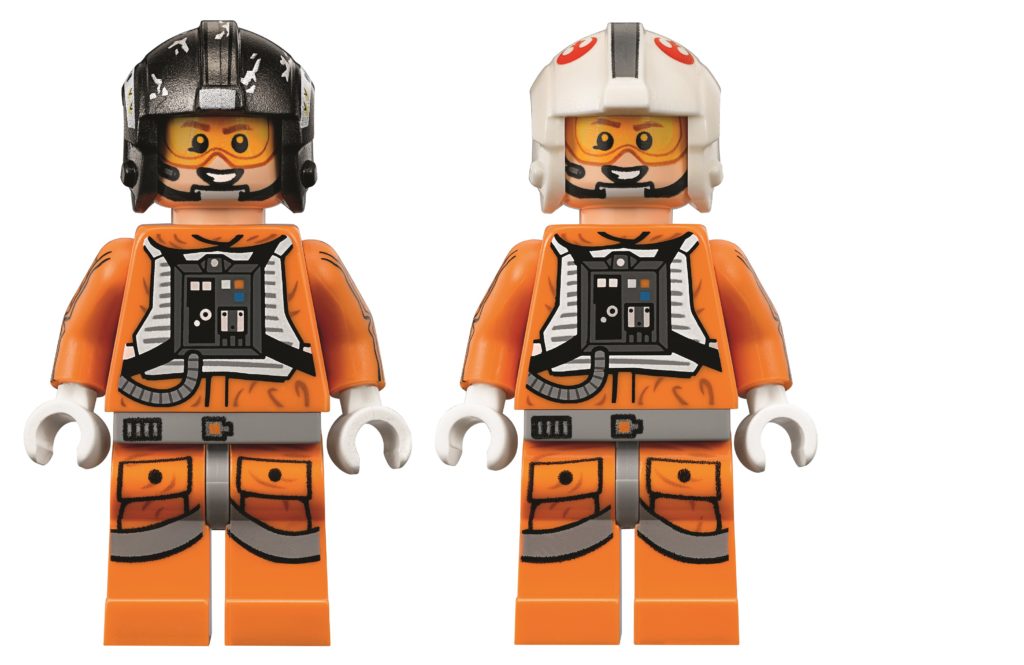 The set includes two minifigures, a Rebel Snowspeeder pilot and his Gunner, who are exclusive to this set. The minifigure on the left is going to excite many Star Wars fans as he’s (probably) the legendary Wedge Antilles, who comes with his trademark black helmet.

Edit: A more informed Star Wars fan has told me that the minifigure on the left is Zev Senesca, the Rebel Pilot who located Han Solo and Luke Skywalker in Empire Strikes Back.

I’m actually unsure who the other one is, so maybe someone can help me identify him! He could be an unnamed Rebel Snowspeeder Gunner for all I know. 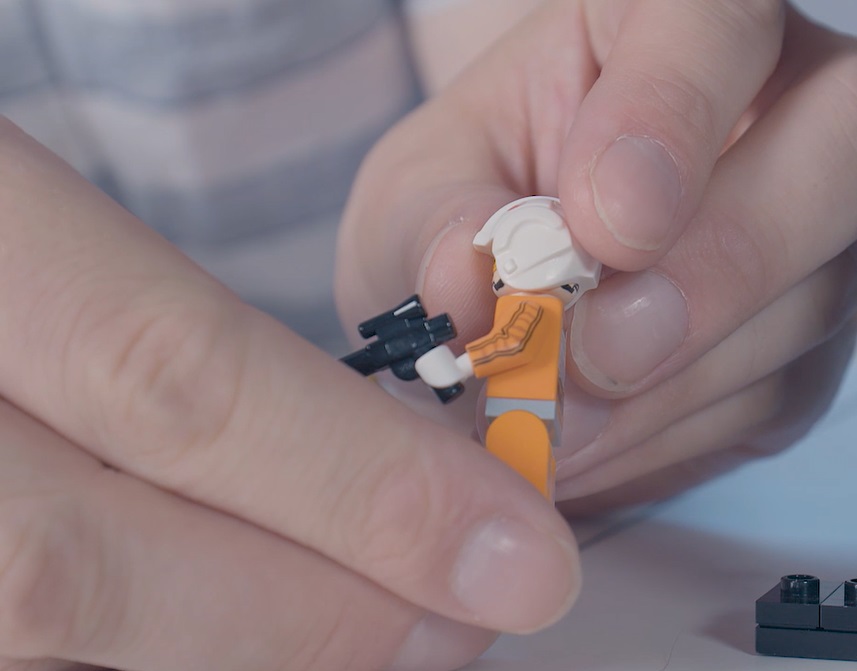 Another way to differentiate the two minifigures in the UCS Snowspeeder set from various Snowspeeder Pilot iterations is that they both have arm printing – a first for Snowspeeder pilots!

Here are some additional photos where you can appreciate some of the finer design detail and features of the UCS Snowspeeder. 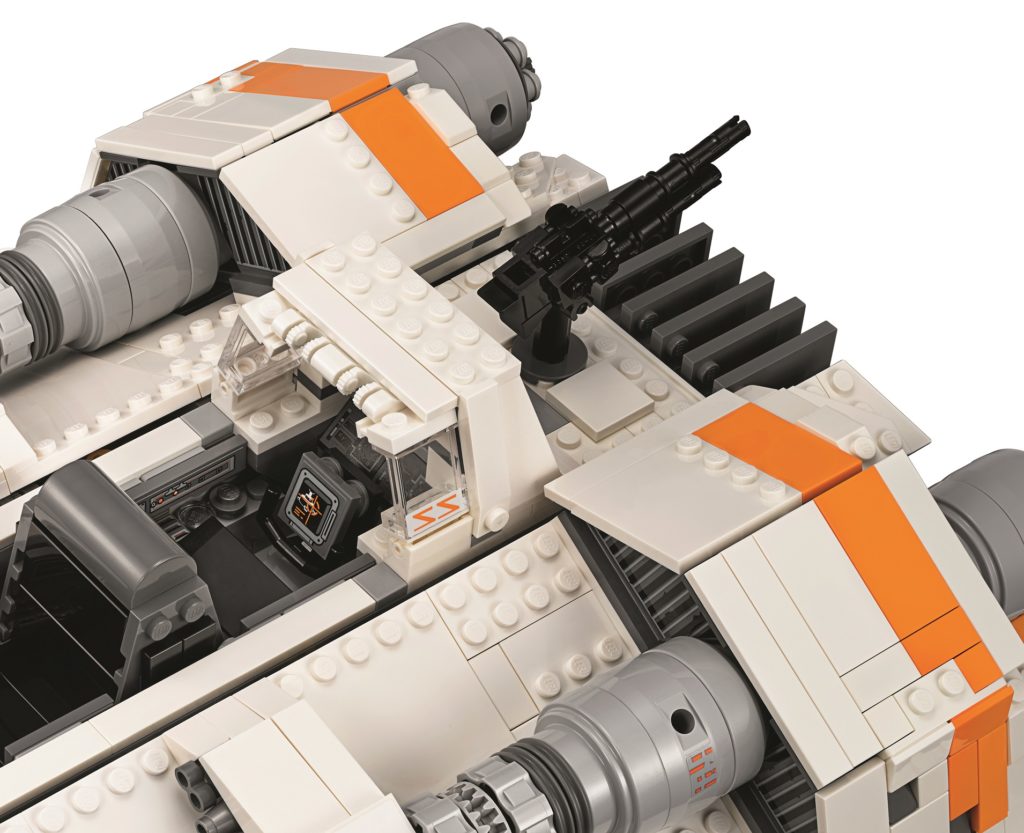 Don’t know if this is just me, but I also think it’s a shame that they didn’t include a mechanism to fire off a harpoon from the rear gun, preferably attached to a string. I mean, it’s only one of the most iconic Star Wars scenes ever… 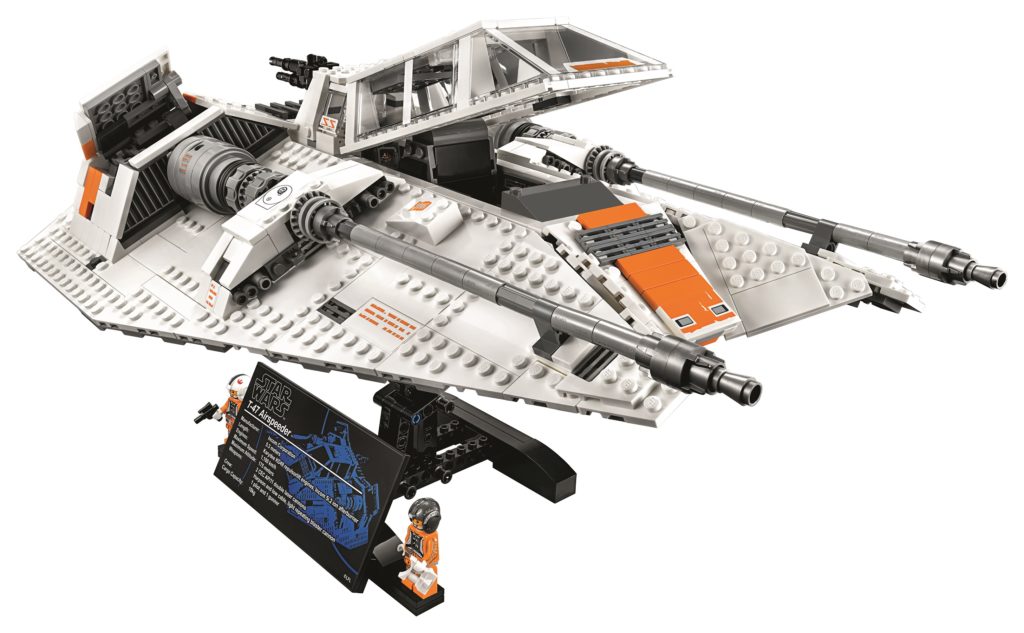 Be sure to also watch the designer video to check out all the cool play features of the UCS Snowspeeder and to get some additional insight into the design process.

Are you going to pick it up at launch? Do you think stickers belong in a UCS set outside of the plaque? Should it have come with more minifigures?

The #TokyoOlympics is now under way, and what bett