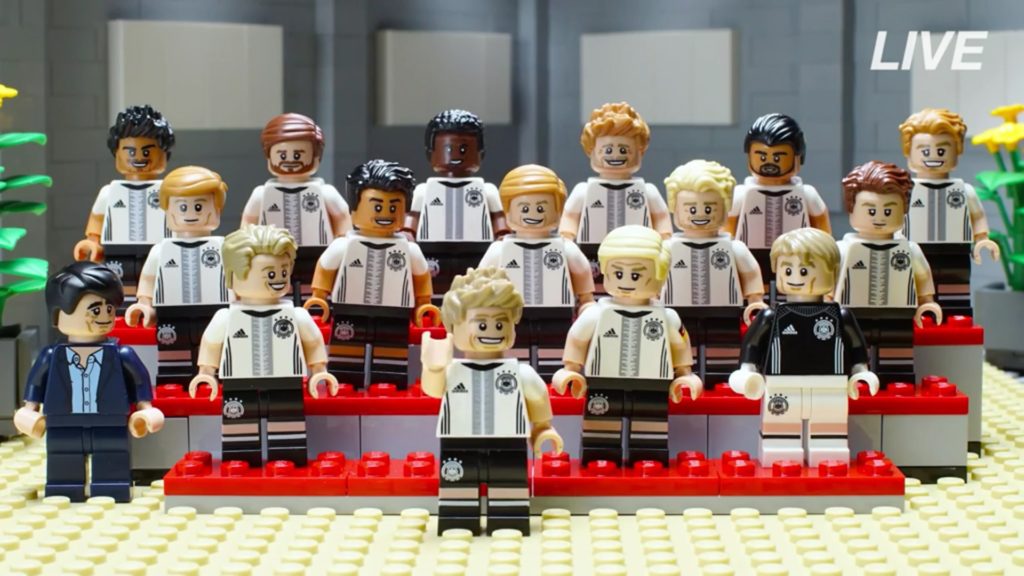 Update: Check out my review of the LEGO German Football team minifigs!

Yesterday, LEGO and the DFB announced a special minifigure series – the German National Football (or soccer for Australians/Americans) Team. The special minifigure series is made to tie in with the upcoming Euro 2016 Championships (basically, a World Cup for European nations) and will feature the current German national squad (and coach Joachim Löw) as LEGO Minifigures.

Unfortunately for LEGO fans, the blind bags will only be sold in Germany, Austria and Switzerland (all German-speaking nations) and will retail for €2.99 with a release date of 14 May 2016. Each minifigure (except for Joachim Löw) will come with a football and a minifig base plate and will be sold in blind bags as per usual. Joachim Löw will come with a clipboard 2 x 2 tile that has a tactical diagram on it.

UPDATE: Brickset have reported that the German Football Minifigs have started to sell at LEGO stores in the UK. Get in quick! 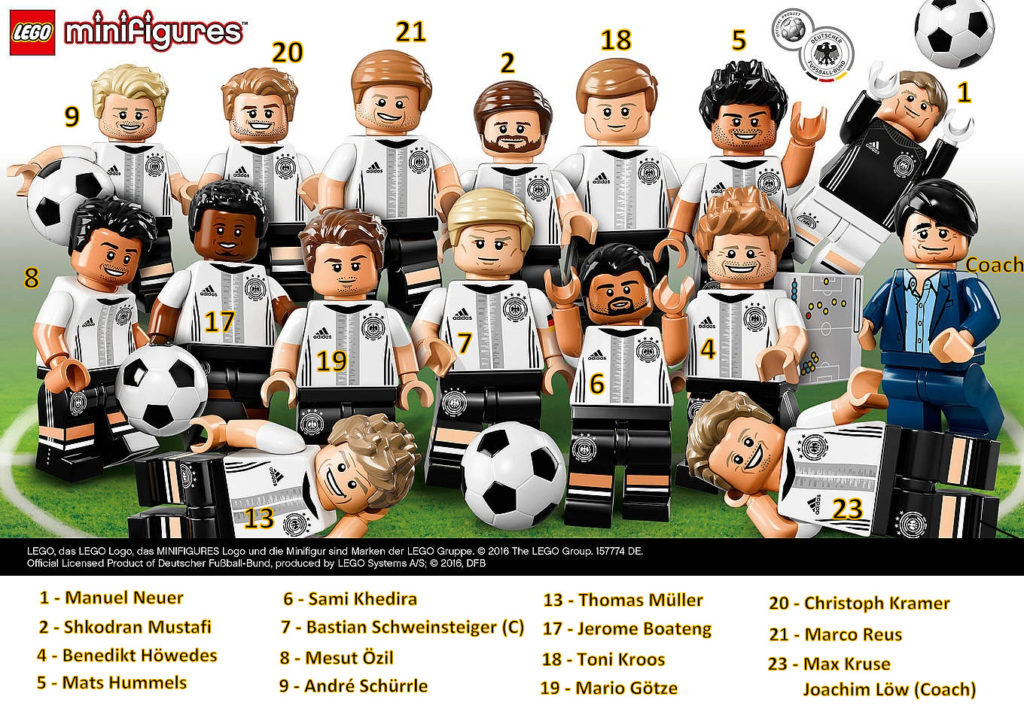 Here’s a diagram with the lineup of players.

I’m a massive football fan, so I absolutely will be picking at least a set of these up. I’m especially excited about owning a minifigure Schweinstiger as he’s one of my favourite German players of all time and also plays for the club that I support, Manchester United.

I also really like the facial expressions, different coloured hairpieces and all the new hairstyles. I’m especially looking forward to a whole bunch of new skin tones which will be extremely useful to add to LEGO’s growing multicultural pallete.

Now, this will possibly be the hardest Minifigure Series to feel for as apart from the hairpieces, there are no defining features to feel for. Unless your fingertips can feel through different colours inside the bag… you’re just going to have to pray that you’re lucky to get the minifig that you want. 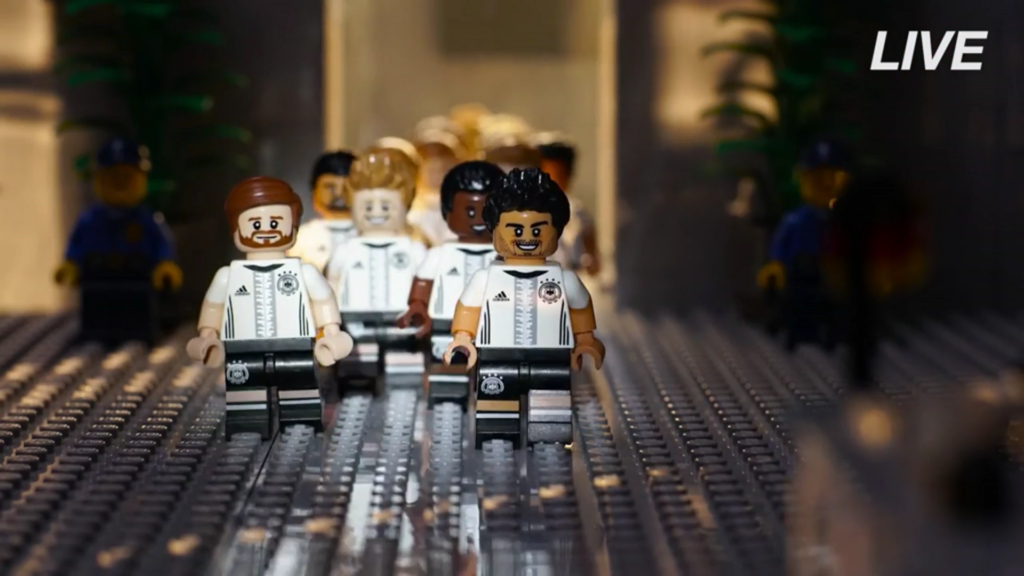 The German Football Team minifigure series was unveiled yesterday via a charming stop-motion press conference. You can watch the announcement video here. 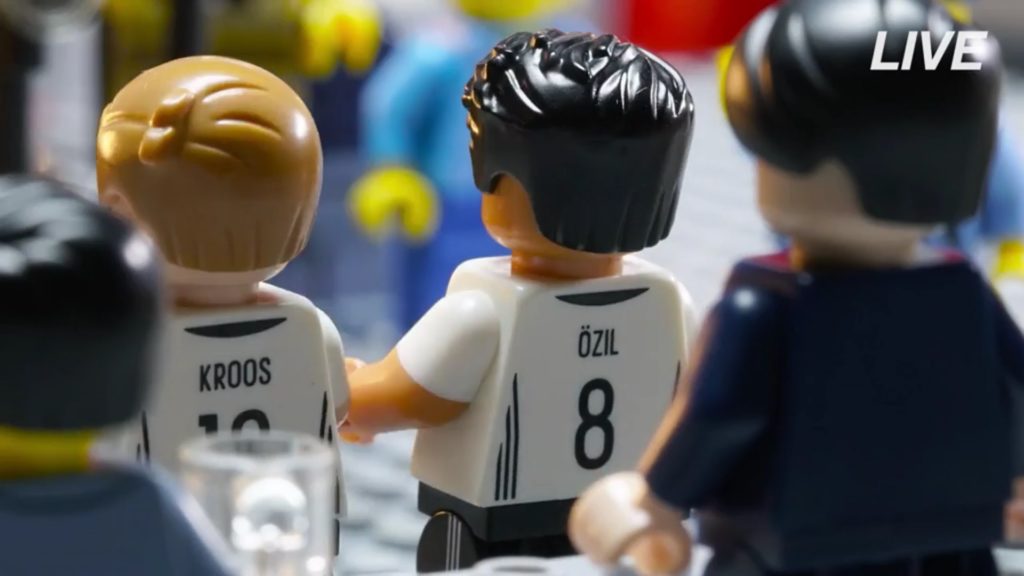 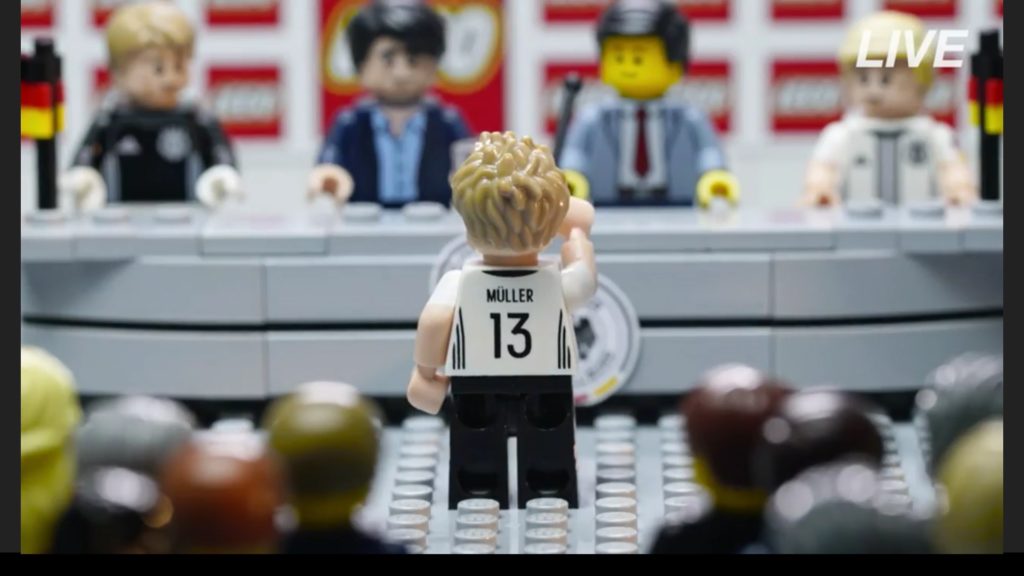 The printing for the minifigs look great, and though they all have the same jersey designs, each minifigure has their names and squad numbers printed on the back.

It’s a shame that these won’t be sold outside of Germany, Austria and Switzerland so if you’re a completionist you’re most likely going to pick up a set from Bricklink, eBay or any other online marketplace. German Bricklink stores are absolutely going to make a killing from these.

If you’re Australian, I’ve received word that I’m Rick James Bricks might be getting a few sets in. It’s not confirmed at this moment and I don’t know how much it’ll cost but you can subscribe to his newsletter to find out when he gets them in. Fingers crossed that they’ll be at a decent price!

So there you go! What do you think of the German Football Minifigure Series? Take the poll below and let me know what you think in the comments!