One of the highlights of this year’s Academy Awards (apart from Birdman taking Best Picture, JK Simmons winning Best Supporting Actor and Eddie Redmayne deservedly winning Best Actor) was the incredibly trippy, outrageous and all out fun Everything is Awesome performance from Tegan and Sara & The Lonely Island.

I’ve watched this at least 20 times by now.

In case the video is blocked in your office or country or you have an irrational hate for Youtube, here’s a bunch of GIFs.

The best part of the performance was when dancers left the stage to gift these awesome Oscar statuettes to Hollywood’s best dressed who seemed to be visibly delighted at getting a LEGO Oscar.

If you think the LEGO Oscar Statuettes look familiar, you may remember this tweet from Phil Lord when news broke that the Academy had not even nominated The LEGO Movie for Best Animated Feature.

It’s okay. Made my own! pic.twitter.com/kgyu1GRHGR

How do you make your own LEGO Oscar Statuette? Nathan Sawaya, the brick artist shared this quick time lapse on his Youtube page showing the construction process of one Oscar Statuette.

Unless you’ve got superhuman senses, making sense of that video to make a replica Oscar Statuette might be a little difficult.

In steps Redditor IVIuggle from r/lego who went through the effort of painstakingly studying the clips and managed to not only reverse engineer the design but also produced instructions on LDD (LEGO Digital Designer).

To download the IVIuggle’s LDD instructions, just click on this Dropbox link and pop it into LDD.

UPDATE: Yorgle has produced an updated version (V2)of the PDF instructions which you can download here. Improvements include extra parts to Oscar’s right hand and a change of the colour to dark grey for legibility. Thanks Yorgle, you’re a champ!

It looks like a fairly simple and sturdy build and can’t wait to rummage through my parts to see if I can make my very own Oscar statuette, in honour of what I think should’ve been 2014’s Best Animated Feature. 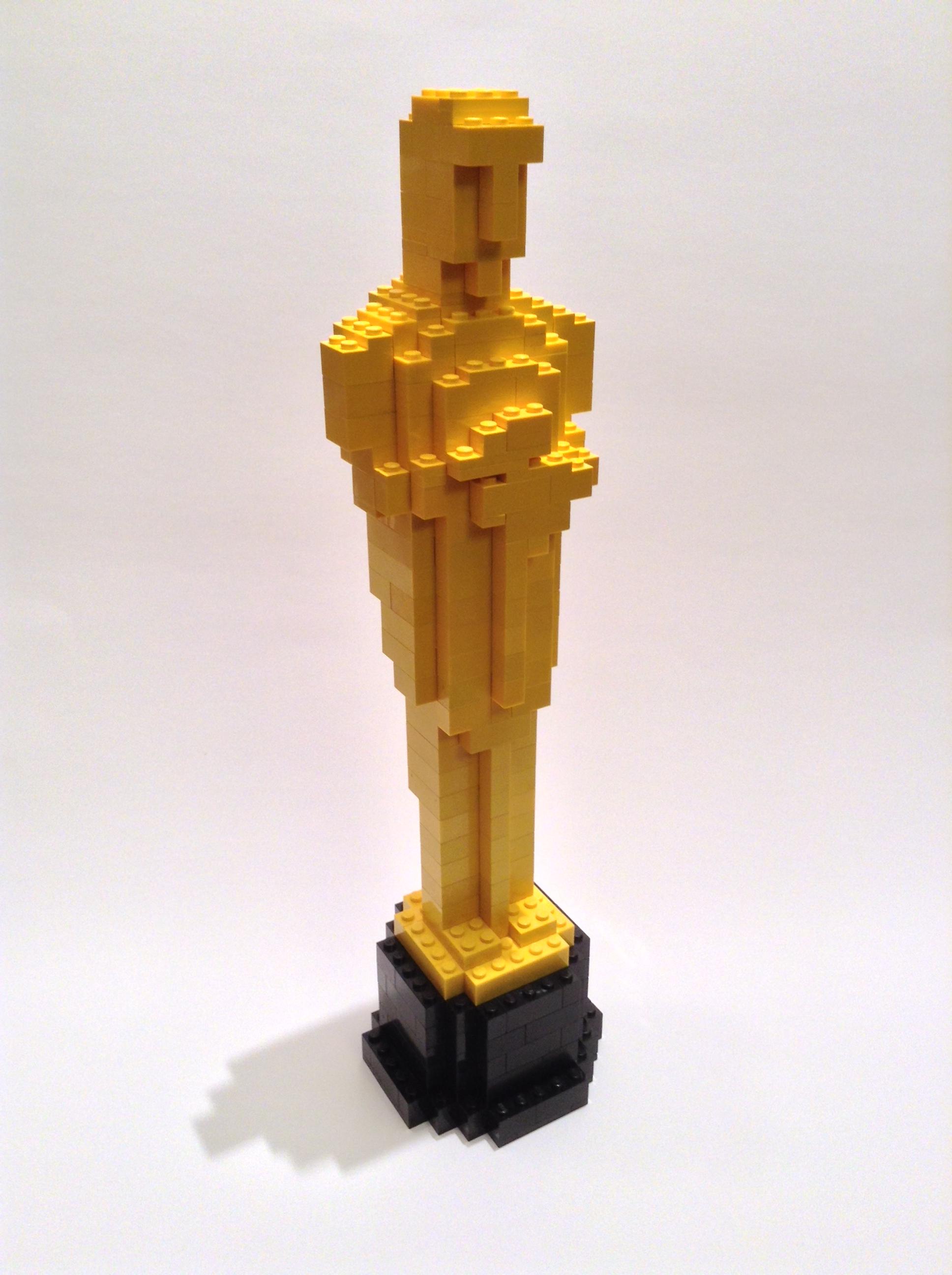