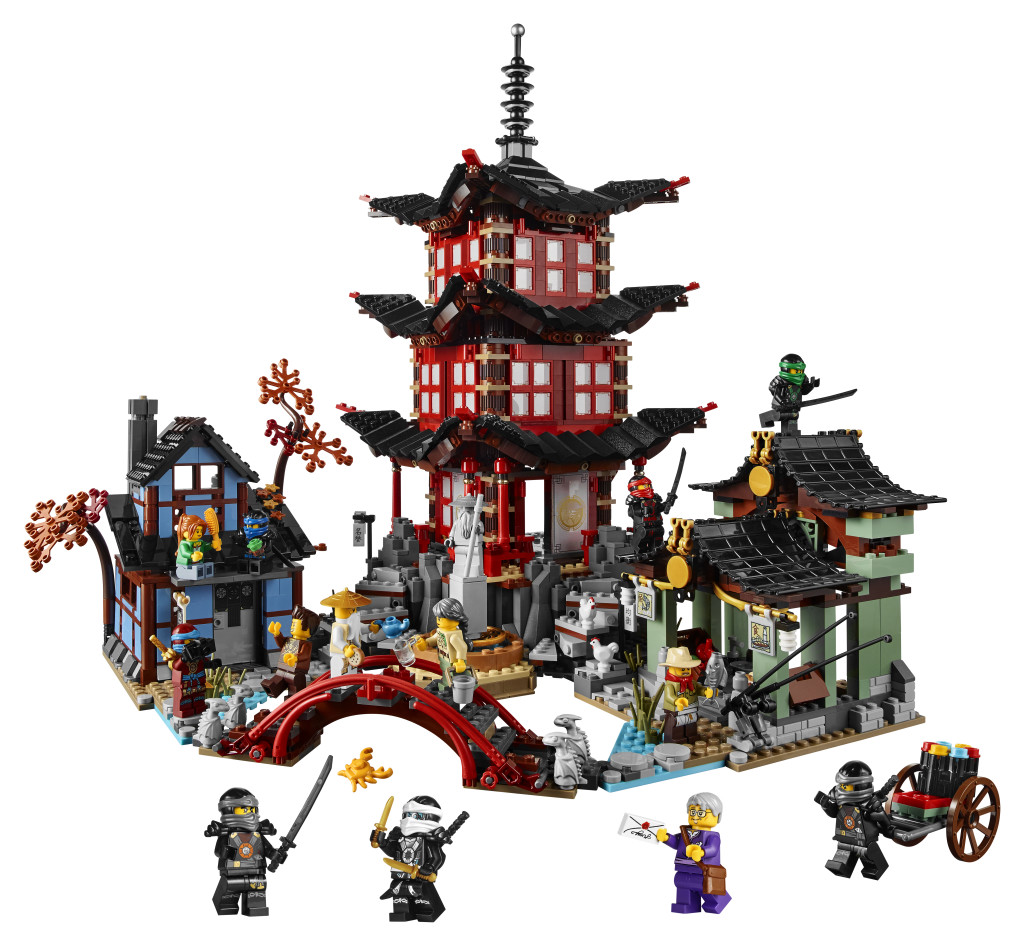 UPDATE: The Ninjago Temple of Airjitzu is now available for purchase for LEGO VIP members!

UPDATE: The Australian price for 70751 Ninjago Temple of Airjitzu has been revealed – the set will cost $299! The set will be available on the Australian LEGO.com store. Check out the official listing here.

Early this morning, LEGO unveiled the flagship model of the Ninjago theme – 70751 Temple of Airjitzu. This behemoth of a set weighs in at a whopping 2028 pieces and contains 12 minifigures, including all the main Ninjago characters such as Lloyd, Kai, Jay, Zane, Cole, Nya and Sensei Wu.

No baddies here – this is a purely zero-conflict civilian set. 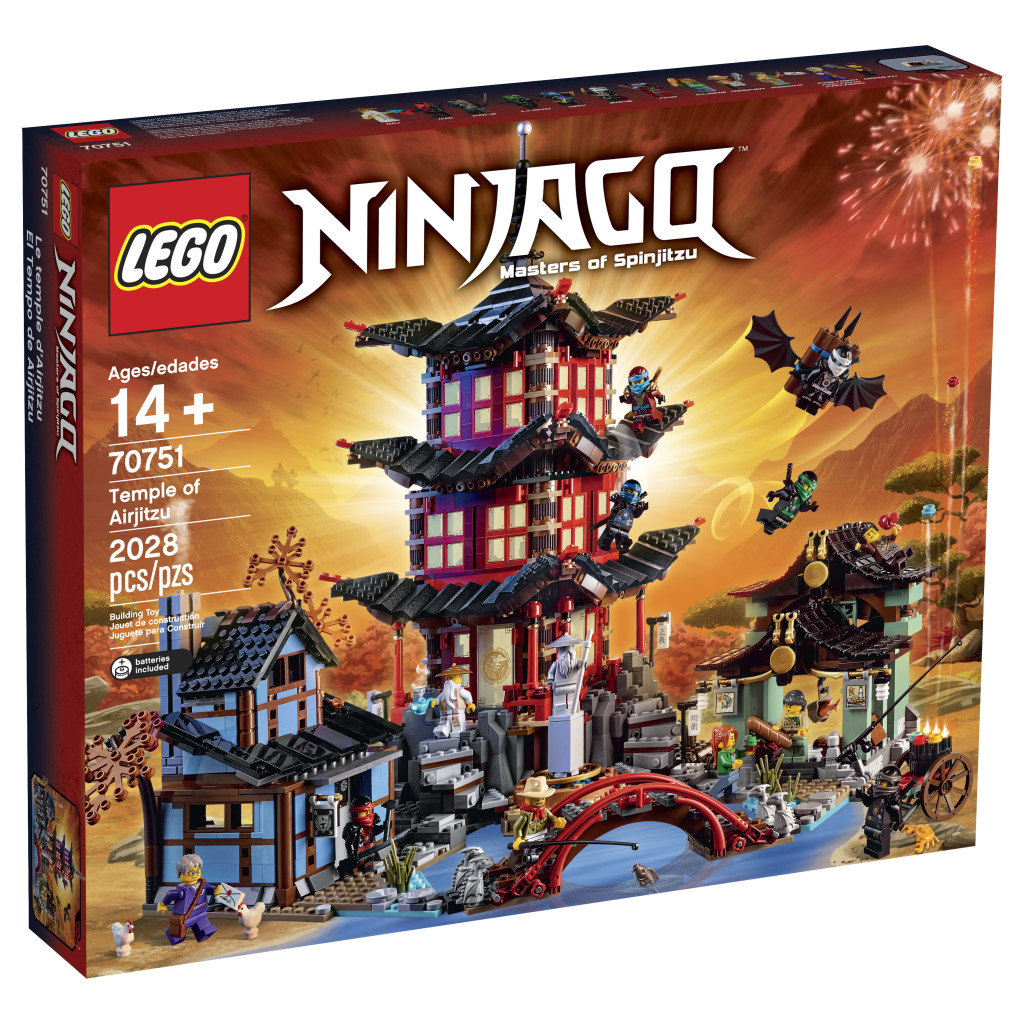 I have to say that I am completely blown away by the scale and details of this set. It’s almost like a love letter from LEGO to Oriental and Japanese architecture. The temple structure is the centrepiece of the set and has plenty of dollhouse-like play features from behind. 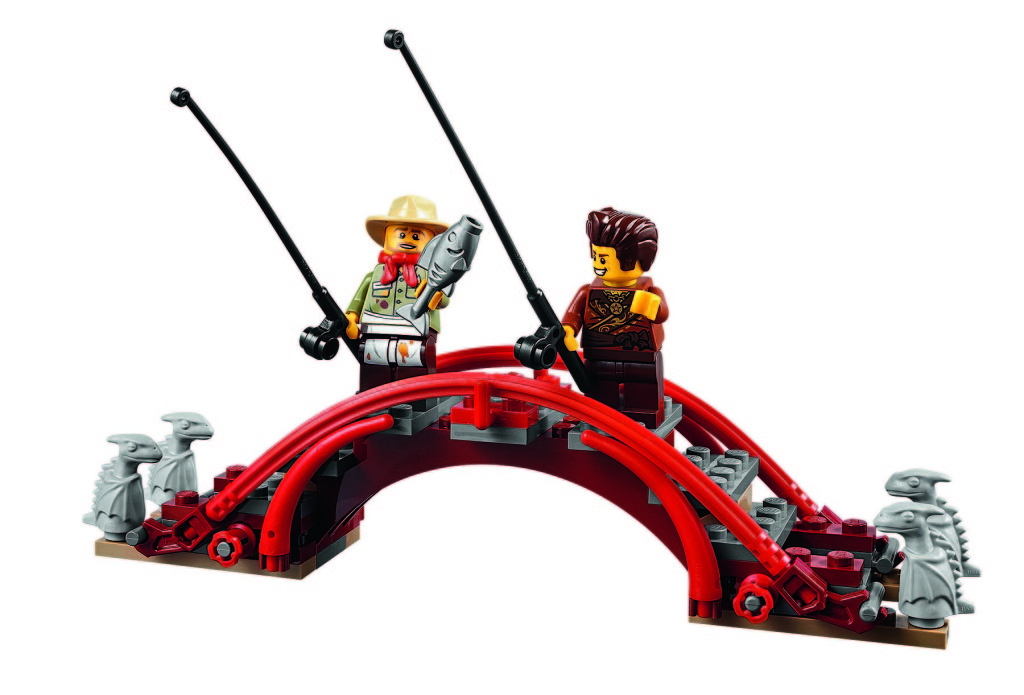 I have to say that when I first saw photos of this set, it immediately evoked memories of 2009’s stunning Medieval Market Village – a set considered one of LEGO’s finest.

The Temple of Airjitzu has a lot in common with the hallowed MMV such as the periphery blacksmith (blue building) and smuggler’s market (green building) as well as plenty of beautiful flourishes like the bridge.

There’s so much I love about this set and I am actually considering buying this from LEGO as soon as its released. I’m a huge fan of Japanese culture and history and I feel that this set does a fantastic job capturing the distinct look of Japanese architecture.

Watch the designer video to see the set in action and see the set designers gush about all the neat little details they’ve managed to pack into this set. The pictures don’t do this set justice, you’ll have to see the set from different angles and viewpoints to truly appreciate it as a whole.

I absolutely love that LEGO designed this set. Let’s not kid anyone, this is aimed squarely at Adult LEGO fans, although Ninjago fans are probably as excited as well.

You could remove the Ninjago minifigs and this set would still be able to stand on its own two feet. That, I believe is a hallmark of any great set.

I’ll say it again, this is the second (Oriental-themed) coming of the Medieval Market Village and I am so so so excited to get my hands on this set. I definitely want more sets like this, so I’m going to be putting my money where my mouth is to support what LEGO is doing and let them know that there is a demand for sets on such a scale.

Are you as hyped up for this set as I am? Let me know what you think of the Ninjago Temple of Airjitzu in the comments!