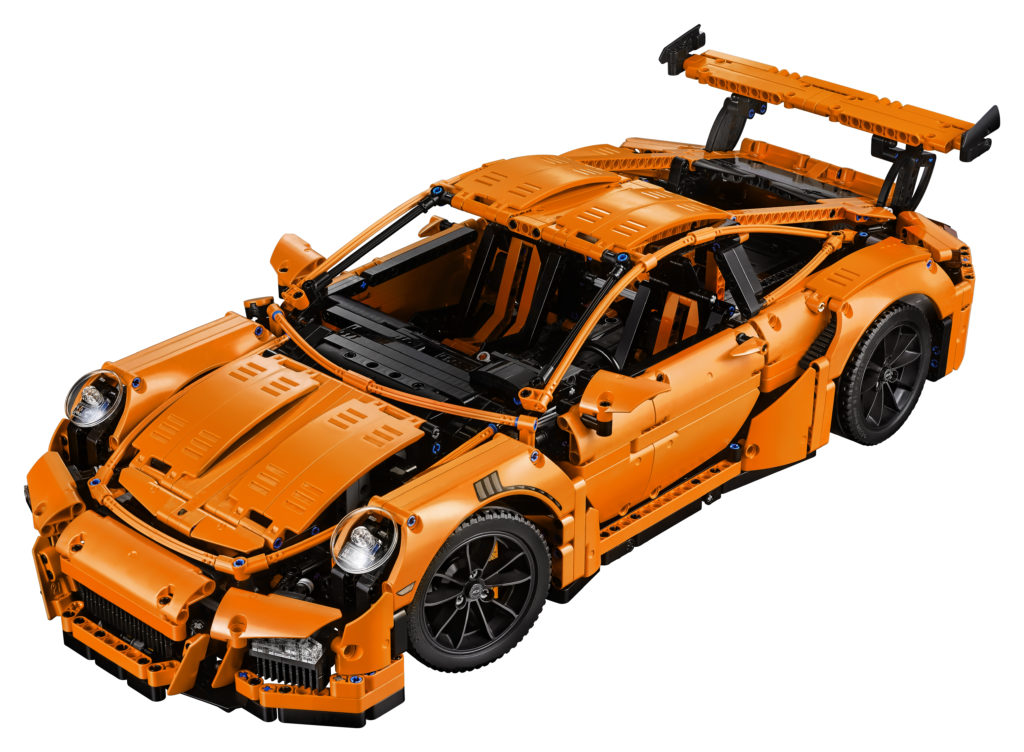 Automotive and supercar fans are in for one heck of a thrill ride as LEGO lifts the lid off one of its hottest releases this year – the LEGO Technic 42056 Porsche 911 GT3 RS. LEGO has had an illustrious history bringing some of the greatest 4-wheeled machines to life but never before at this scale.

Developed closely together with Porsche AG, the LEGO version of the Porsche 911 embodies the design, performance, and functionality from the legendary 911 family.

When photos of the Technic Porsche 911 GT3 RS hit my inbox, I was lost for words. Check out that gorgeous lava orange bodywork, sleek curves, adjustable rear spoiler and most importantly, faithful re-creation of one of the most iconic Porsches ever. 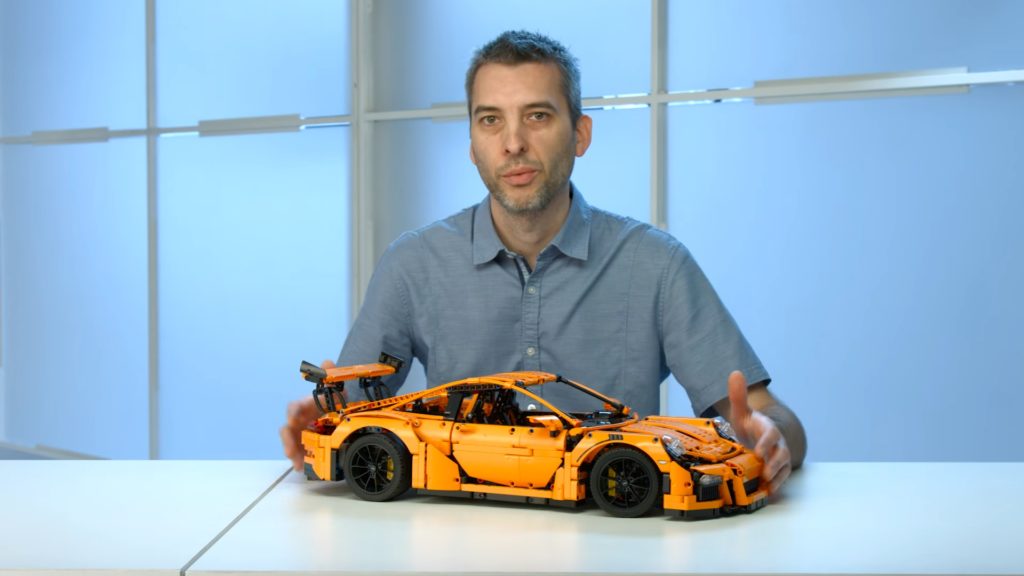 The authentic LEGO Technic replica boasts 2,704 pieces and is also a 1:8 scale model, designed to provide an immersive and rewarding building experience. The Technic 911 Porsche will be released exclusively on shop.LEGO.com and 13 LEGO stores throughout Germany and Austria on 1 June 2016 before becoming available in other LEGO stores across the world from 1 August 2016 onwards.

Update: The LEGO.com listing for the LEGO Technic Porsche is now live. Check them out below: 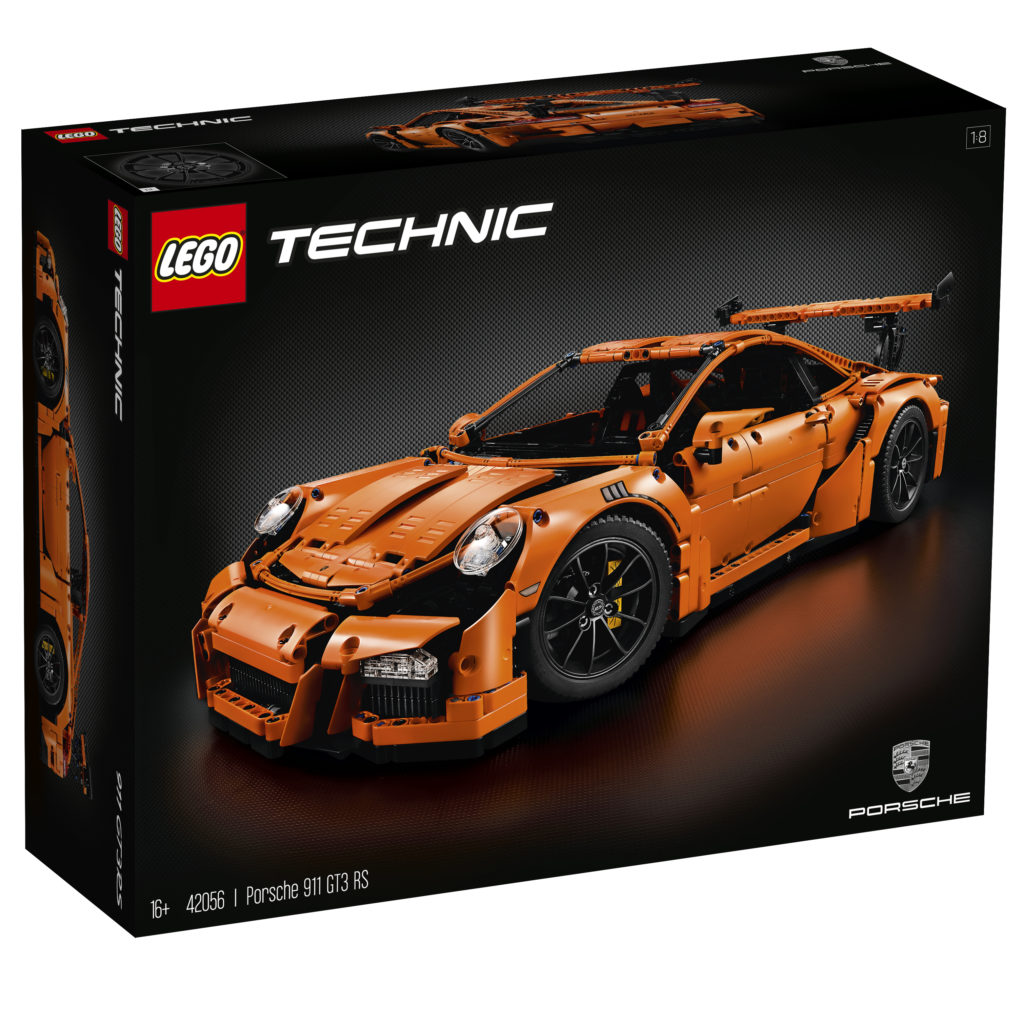 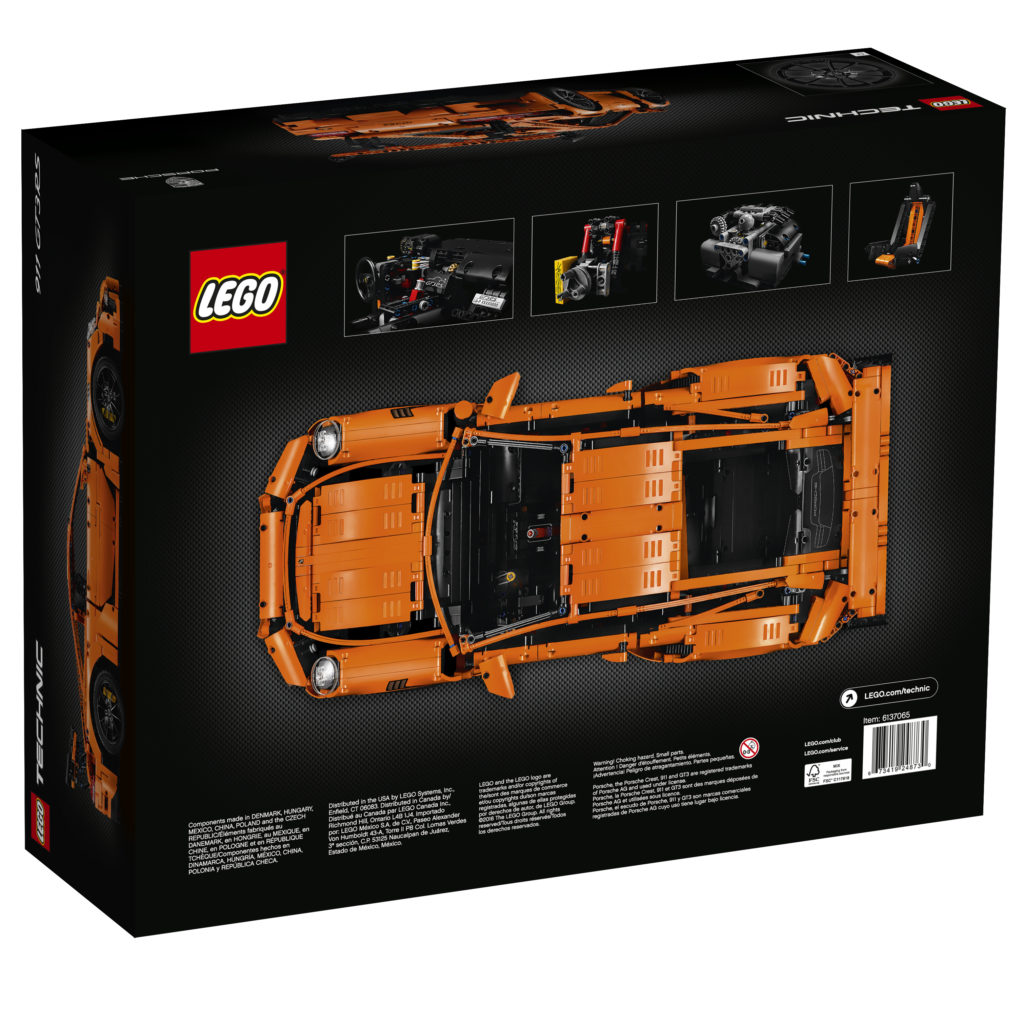 Update 2: The Australian price for the LEGO Technic Porsche 911 is confirmed to be $499.99. Check out the link to the product page. 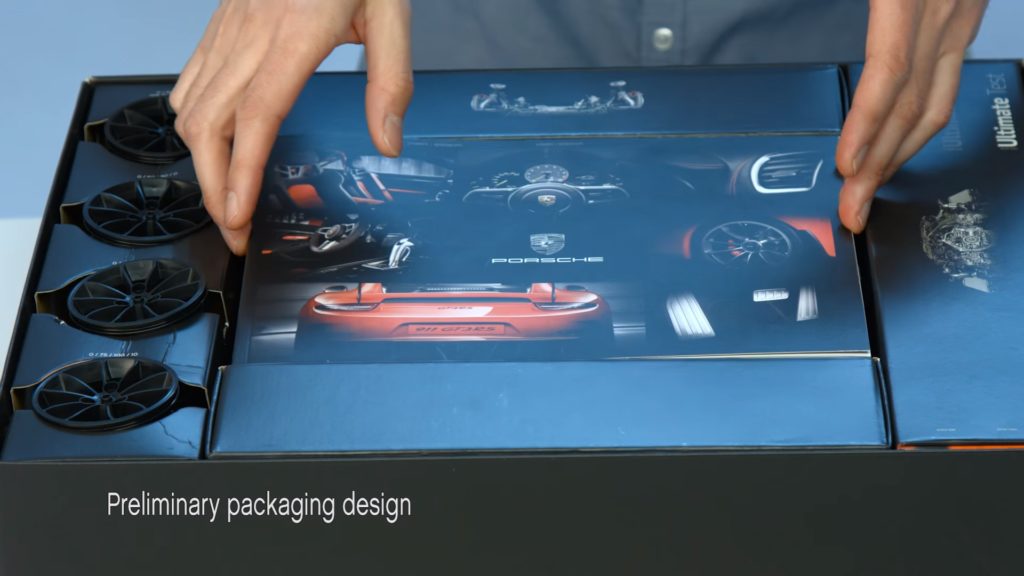 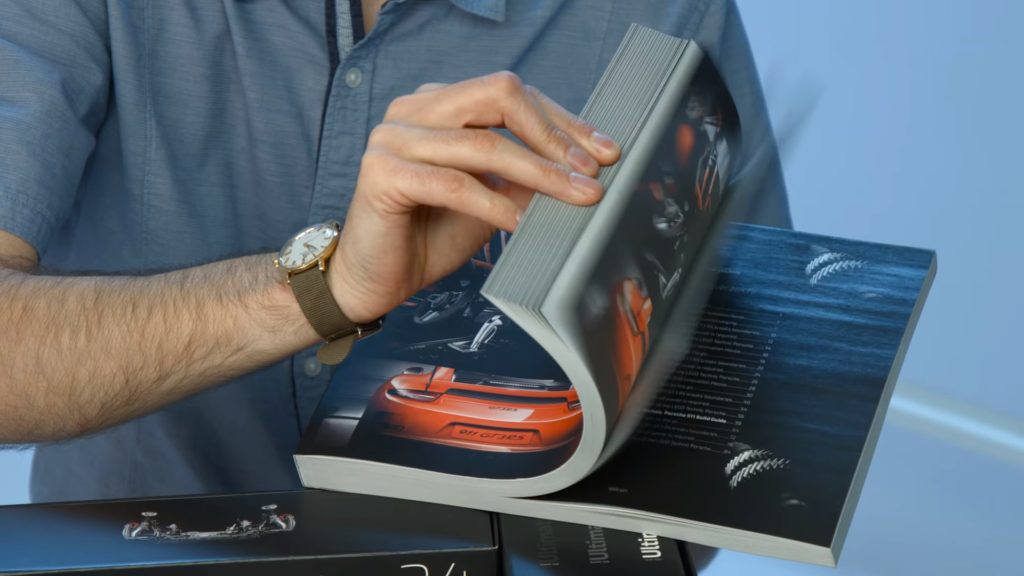 As you can see above, the Porsche 911 GT3 comes in a luxurious black box and fans will also be delighted by the inclusion of a full-colour collector’s book with exclusive background information on the development of the model, history of LEGO® Technic and Porsche GT cars. Furthermore, the elements of the individual assembly groups are packed in separate boxes for the first time and, together with the detailed instructions, provide an insight into the assembly process of the actual vehicle.

Both the performance and the sportiness of the original have been realistically reproduced in various technical features on the LEGO model. One particular highlight is the fully functional Porsche double-clutch transmission with four gears and gearshift paddles on the steering wheel. But all technically minded LEGO fans will especially love building and playing with the six-cylinder boxer engine with moving pistons underneath the rear lid. 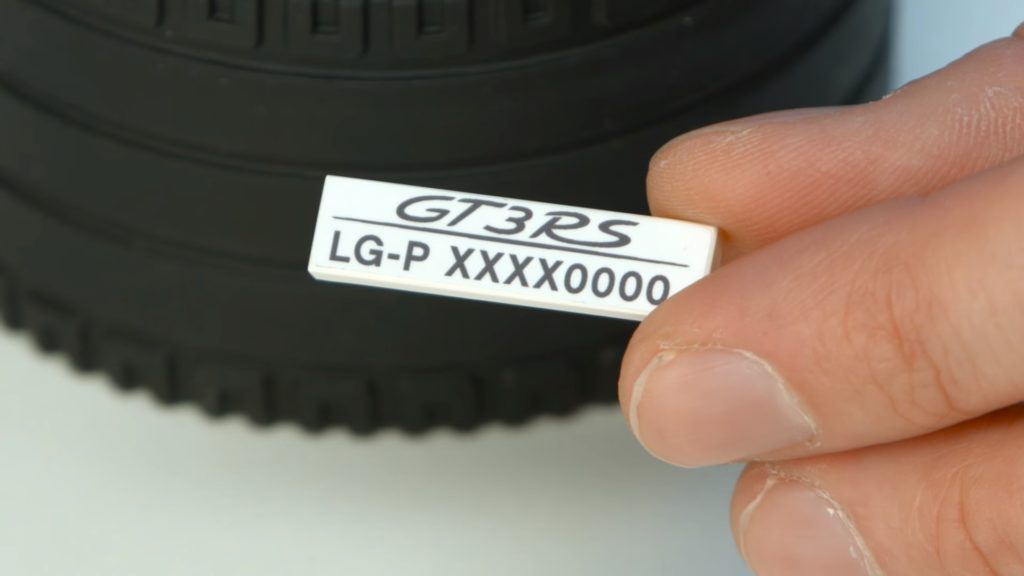 In addition to the technical features, the interior of the model is also authentic and close to the original. A detailed dashboard, a steering wheel with gearshift paddles, racing seats, and a glove compartment concealing a unique serial number can all be found in the easily accessible cockpit. Using this serial number, additional exclusive content can also be released from June 1st 2016 by following www.lego.com/technic.

The image above is a sticker…but Andrew did mention that it was laser printed in the video. 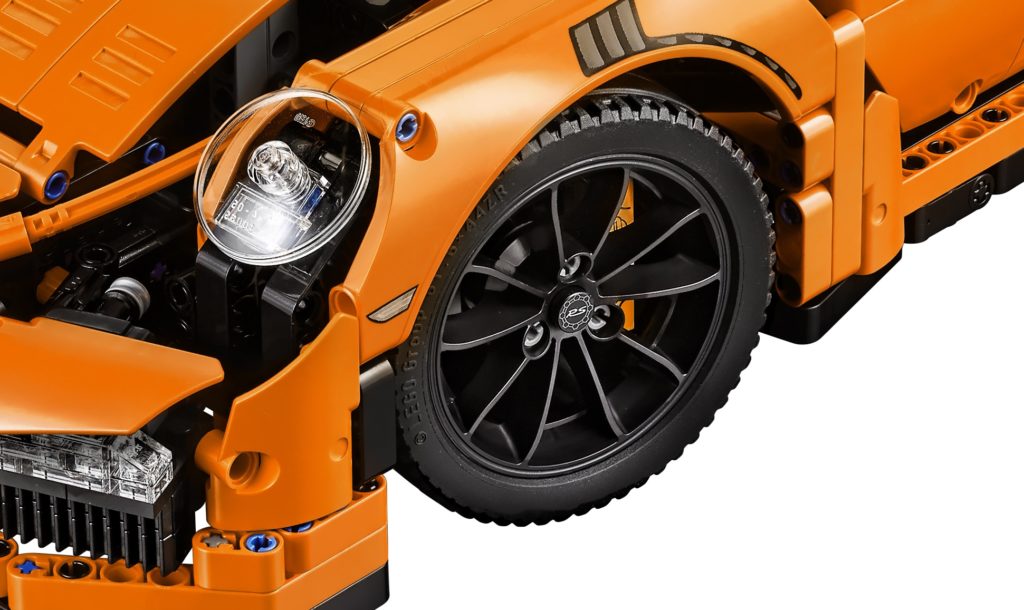 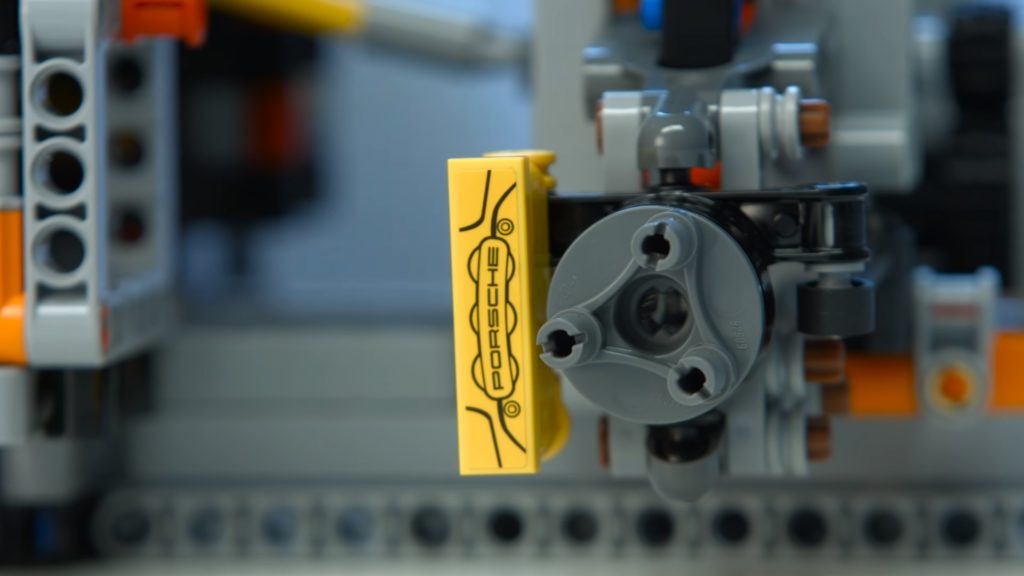 Check out the designer video below. I just watched this video and I am 100% sold. This is such a brilliant set and LEGO have really raised the bar here.

Edit: Seems like the video got pulled. I managed to grab some screenshots which you can see littered through the post. 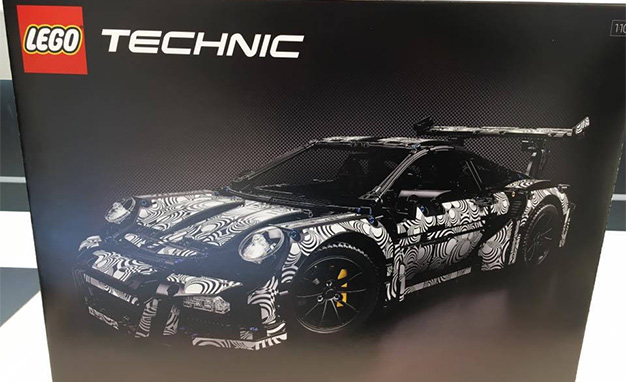 So there you have it, the LEGO Technic Porsche 911 GT3 RS in all its glory. It’s been heavily anticipated since it was teased at the Germany Toy Fair, and I can safely say that its lived up to the hype.

I’m not a massive Technic Fan but I’d love to own this set as it looks incredible on display. It just oozes class, raw speed and pure exhilaration that it’s going to be hard to say no to it. Unfortunately, it won’t be remote controlled which is a bit of a bummer and the price is definitely on the higher end of sets…but hey, it’s a Porsche and a damn fine looking one at that.

Let me know what you think of this set in the comments and if any of you are particularly excited about the Technic Porsche 911!