Last year, Merlin Entertainments surprised us all by announcing that they were opening up a Legoland Discovery Centre at Chadstone shopping centre in Melbourne, Australia. The news was greeted pretty well by Aussie LEGO fans, given that it’s going to be a premier LEGO attraction for families.

It’s been a little quiet since then but Legoland Discovery Centre has officially announced the beginning of construction at its 2,800-square metre Melbourne location earlier this week. 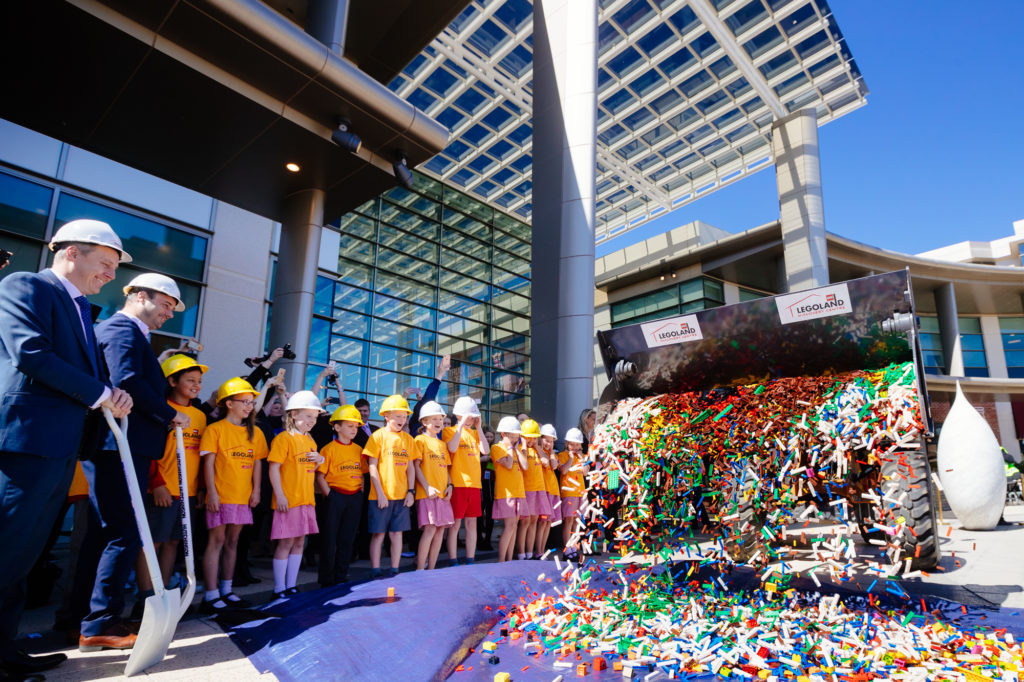 To celebrate the ground breaking ceremony, reps from Legoland Discovery Centre and Chadstone were joined by Malvern Valley Primary School students for a a ceremonial dig of more than 50,000 LEGO bricks, dropped on site by a front-end loader dump truck.

Editor’s note: it would’ve been awesome if the dump truck was a giant Technic creation.

A few more details have surfaced on what LEGO fans can expect at Legoland Discovery Centre Melbourne.

There will be a number of LEGO-themed zones for kids and families, including an interactive LEGO laser ride, a MINILAND with iconic Melbourne buildings and landmarks, a Merlin’s Apprentice ride, cafe and a 4D cinema.

Miniland is bound to be a huge (but mini) attraction, and the buildings are slated to be constructed in the UK. 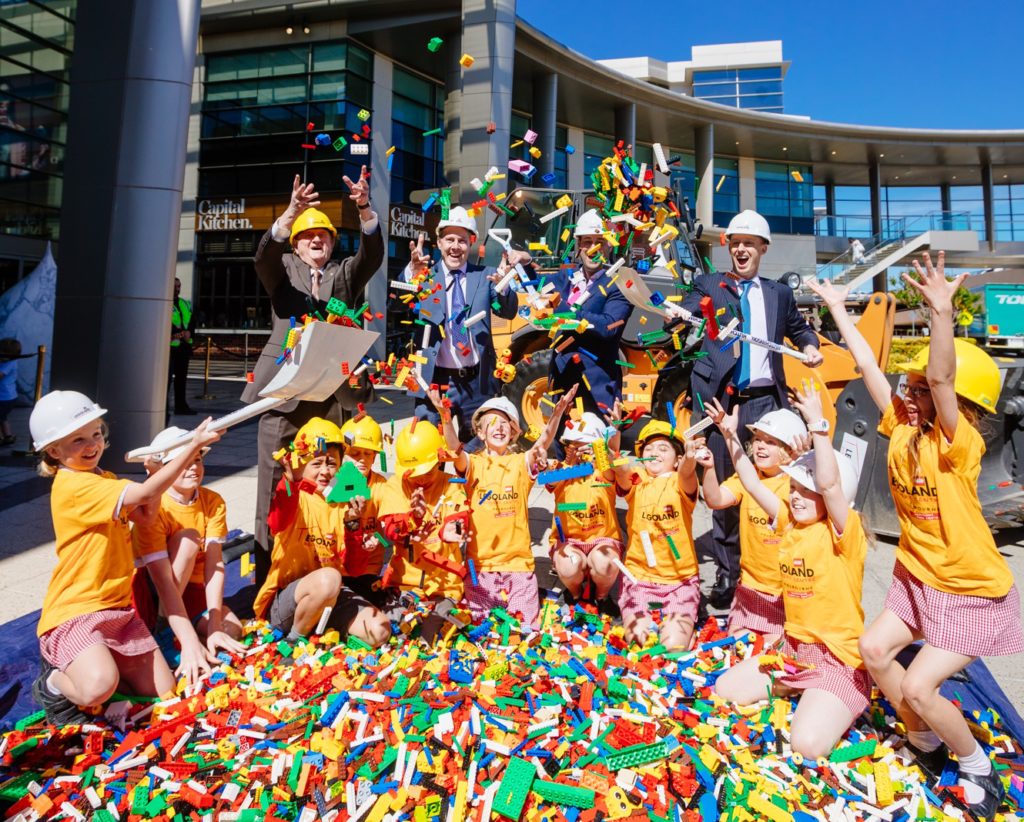 I can also confirm (as expected) that the adult-child policy from other Legoland Discovery Centres will apply to Melbourne. Adults must be accompanied by a child (15 years and under), and children must be accompanied by an adult to enter. If you’re a childless adult LEGO fan, don’t worry, I can also confirm that there will be regular evening events specifically for adults.

And yes, you will also be able to access the Legoland Discovery Centre Shop without a child.

Autumn 2017 seems like it’s ages away, but there will be a number of additional activities in the works before the official opening. To keep up to date with developments, be sure to follow Legoland Discovery Centre Melbourne on Facebook, Instagram or via their website. There’s a newsletter that you can sign up for to be notified about updates and events.

So that’s it! Watch this space for more details. Are you excited about the Legoland Discovery Centre in Melbourne? If you’re interstate, would you make the trip to Melbourne to visit?