I was at the shops today (I live in Victoria) and was pleasantly surprised to discover that the new March release sets were beginning to show up on the shelves! This is pretty exciting as this is the final wave of LEGO sets from the first half of 2016!

We’re well and truly in 2016 and apart from the new Technic sets which come out in April, Australia finally gets to enjoy all the brand new LEGO sets.

If you follow the Jay’s Brick Blog Facebook page you would’ve already seen photos I posted while I was out today. Go like my page to get quicker updates, photos and random musings that I don’t usually share on the blog!

Here’s some photos of the shelves. 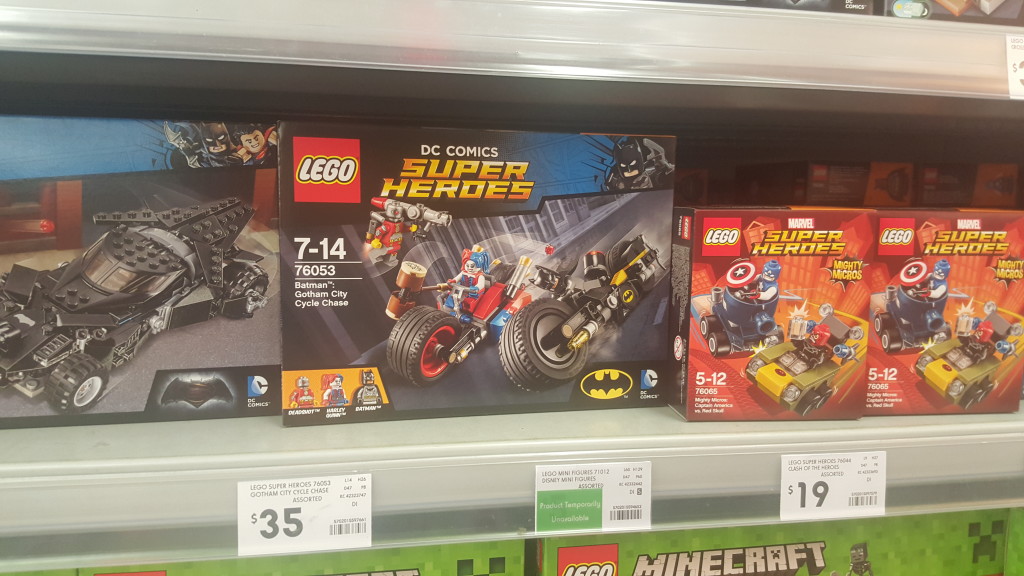 Kmart had the new DC Super Heroes set, 76053 Batman: Gotham City Cycle Chase which features the debut of the Deadshot minifigure and a brand new Harley Quinn tearing up the streets of Gotham for $35.

Curiously, Kmart also has a price tag for the upcoming LEGO Disney Minifigures Series (71012) that’s due on the 1st of May 2016. Seems like Disney Minifigures are all but confirmed now if a retailer already has the details in their database! 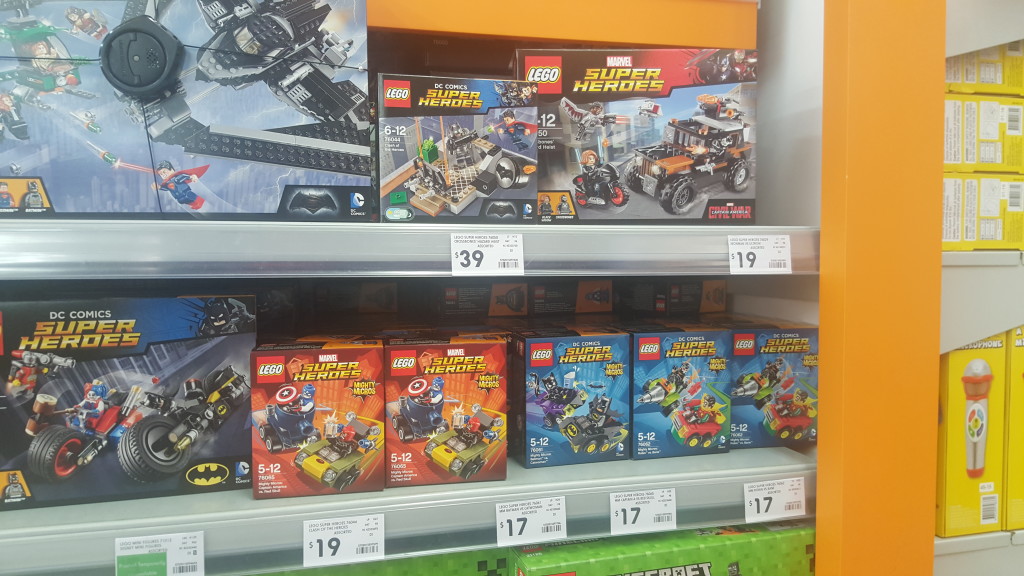 Also spied a new Captain America: Civil War set in Kmart – 76050 Crossbone’s Hazard Heist for $39. Plenty of the new Marvel and DC Mighty Micros, which feature kid-sized version of your favourite superheroes and villains going up against each other. The Mighty Micros cost $17 each, but I didn’t see all the sets there. 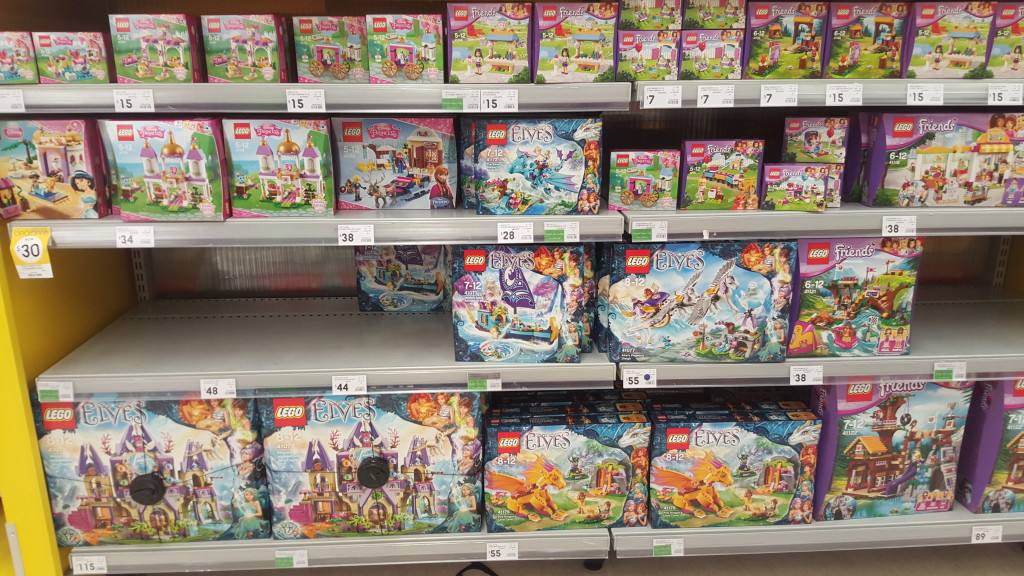 Good news for Elves and Disney Princess fans as the some of the new sets that feature Dragons are out! Very excited by these, expect some reviews soon! There’s also 41066 Anna & Kristoff’s Sleigh Adventure for $38 which should be popular with Frozen fans. 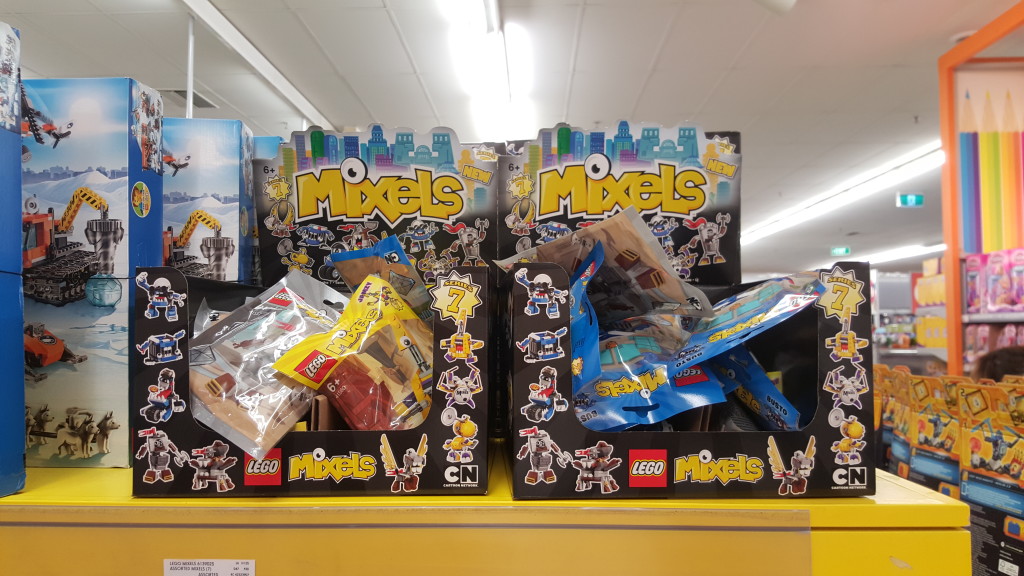 Mixels fans should be pleased as I also saw Series 7 of Mixels, which cost $6 each. Apparently the RRP on LEGO.com has gone up (they’re now listed as AU$7) so it’s nice to know that they’re slightly discounted at Kmart. 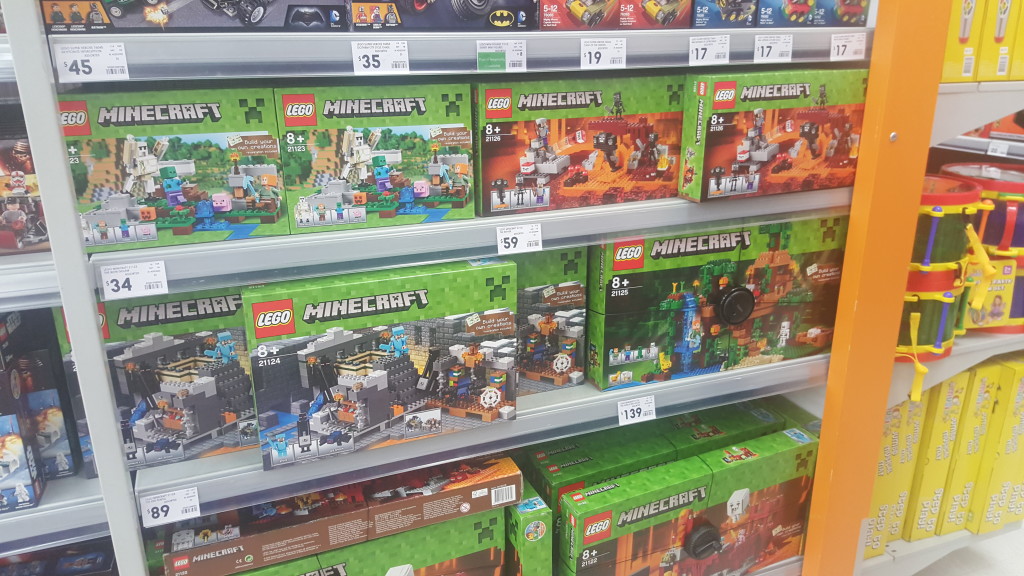 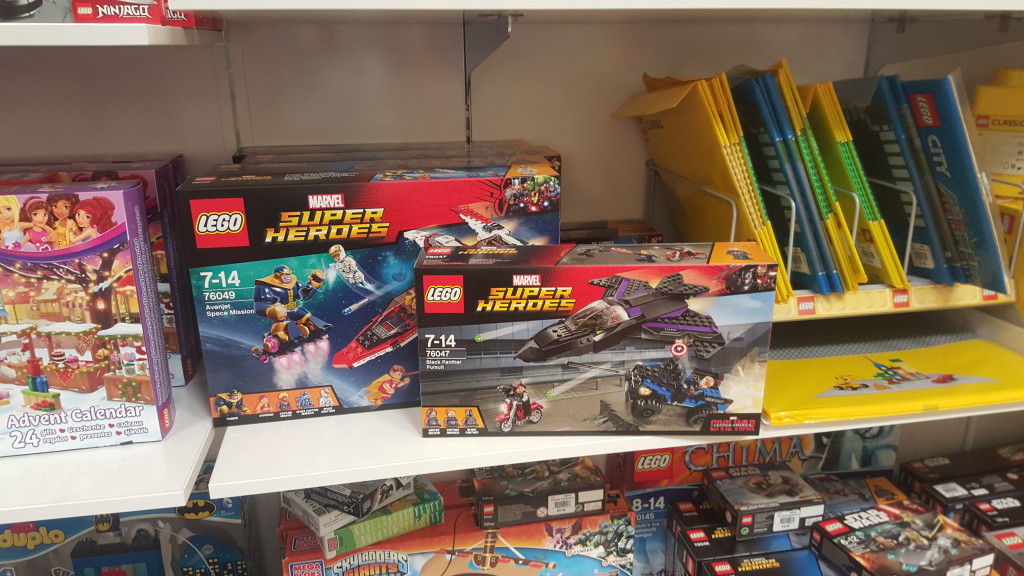 The Myer I went to had a really small number of new sets out, I only saw 76049 Avenjet Space Mission and 76047 Black Panther Pursuit from Civil War. I’m really excited about the Black Panther set but was kind of taken aback by the price – $50! I might just wait for a sale before I pull the trigger on this.

According to reader Bondsguy, some new March 2016 sets were also spotted at Target. If you’re keen on picking up some new LEGO sets, it would be worth your while checking your local to store tomorrow!

No sightings of the large Civil War set, 76051 Super Hero Airport Battle which features the new brick-built Giant-Man. That set is super hot on my priority list and I can’t wait to review it for you guys.

Overall, I’m very pleased that we’re getting the March release on a timely basis! Seems to be about the same time as the US, which is great as it means we’re not stuck waiting on sets while we stare jealously at the hauls of our American friends. Well done, LEGO Australia!

Let me know in the comments if you spot any other sets out in the wild or if you picked up any during your weekend shopping run!