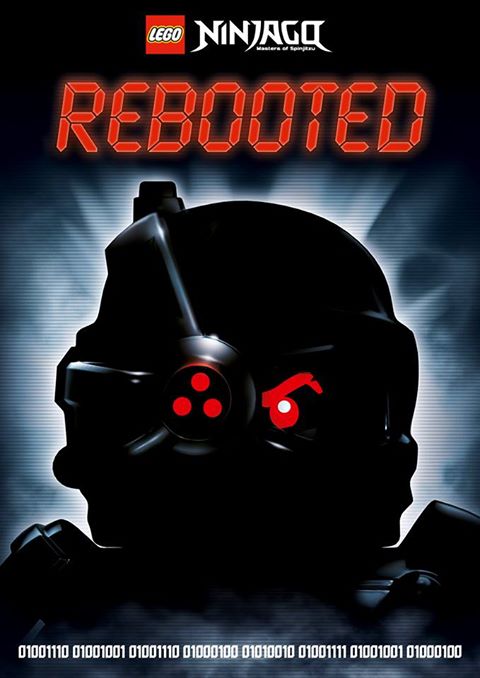 Exciting news coming out from Lego Ninjago’s Official Facebook Page  with this sneaky teaser poster of Ninjago’s next outing which should hit shelves in 2014!

Not too sure if “REBOOTED” is the name of the new Ninjago theme but it looks like we’re going to be getting cyborg or robot Ninjas or some combination of both of them.

I’m pretty excited about this. I like Robots and I like Ninjas, so it’s pretty obvious that I’m going to like Robot Ninjas. Can’t wait to see the sets and for Lego’s official announcement!

Update: It looks like the US Kmart’s website has accidentally leaked descriptions and pictures of 3 Ninjago 2014 sets. (via The Brick News)

Some information to note about the new Ninjago theme that I’ve gathered from the pictures and descriptions: 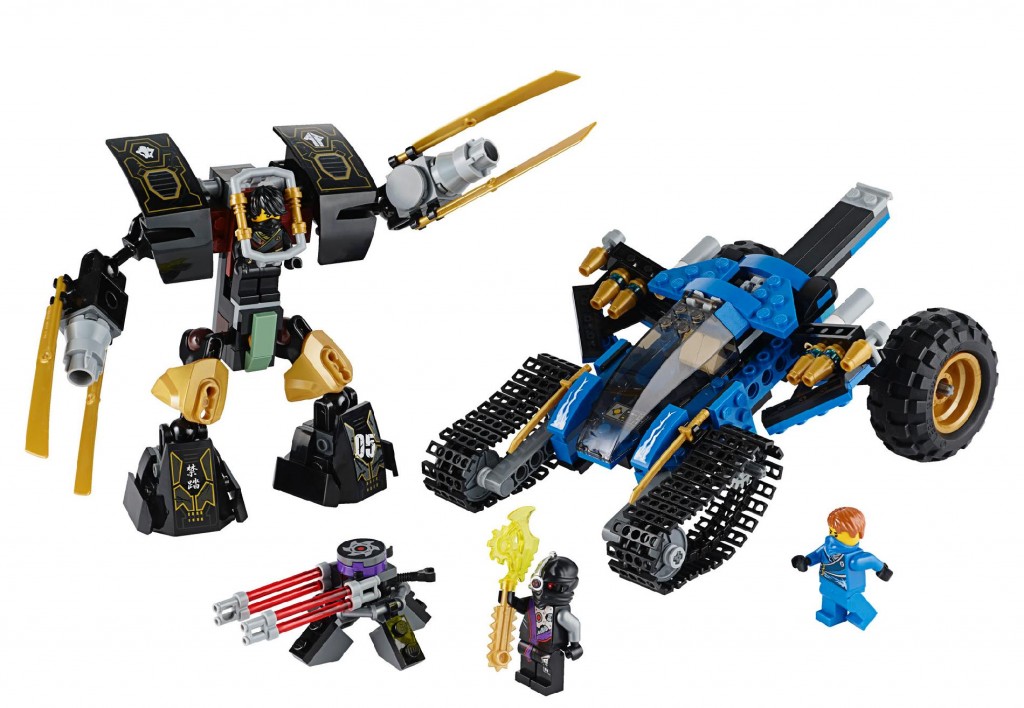 Team up Cole and Jay against the Nindroids with Thunder Raider, a versatile Ninja vehicle full of hidden surprises. Attach Cole’s Earth Mech to the back of Jay’s lightning off-roader. Engage speed mode and power effortlessly over rough terrain with the high-grip front tank treads and huge rear wheels. When the Nindroid attacks with its double laser cannon, detach Cole’s Earth Mech and fight back using the golden sword blasters. Transform the awesome Thunder Raider into attack mode to shoot hidden missiles and reload until the Ninjas are victorious! Includes 3 minifigures with weapons: Cole, Jay and a Nindroid. 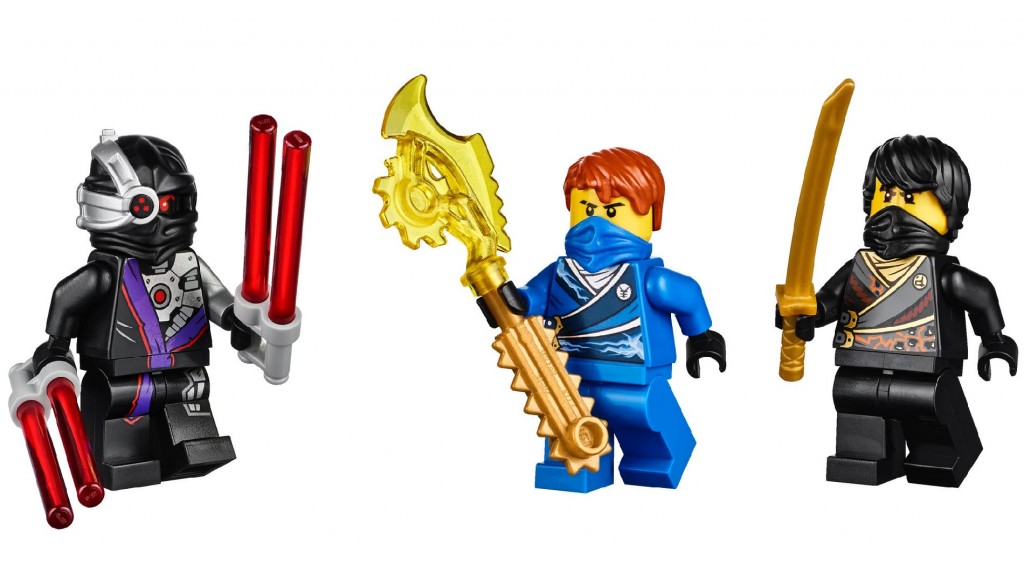 Includes 3 minifigures with weapons and: Cole, Jay and a Nindroid 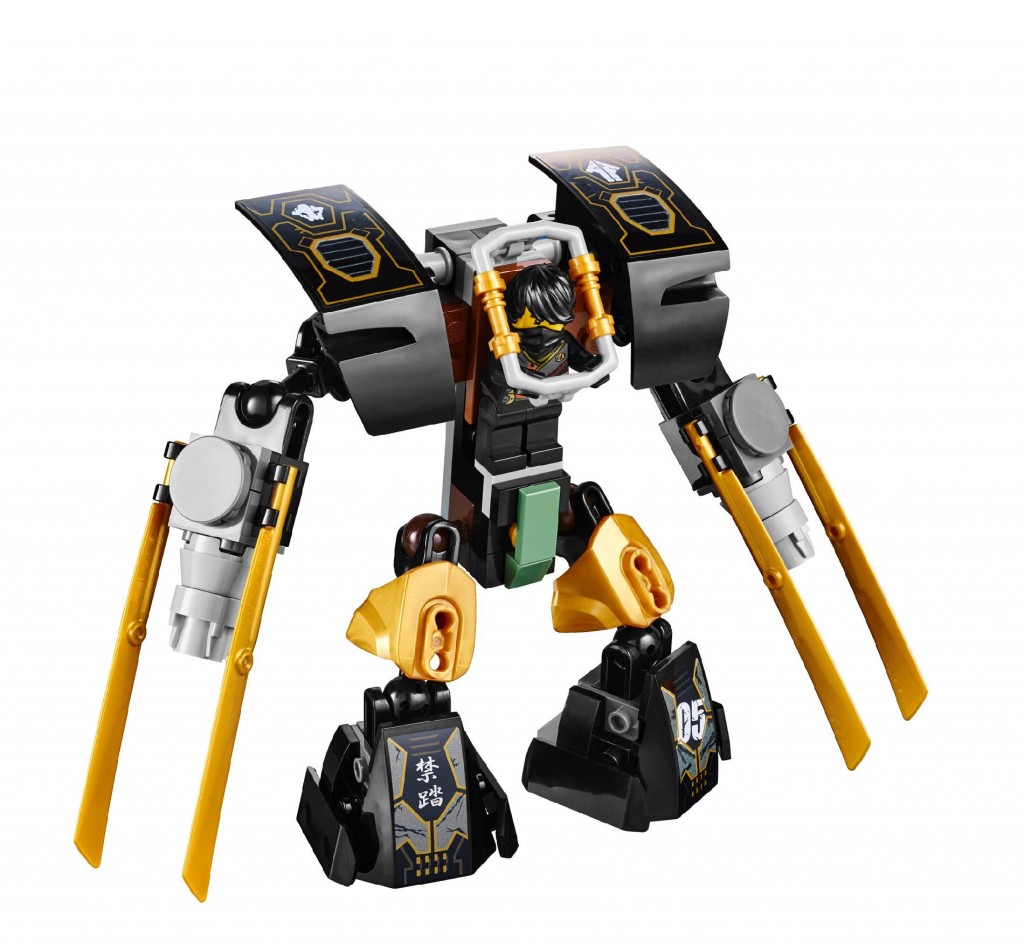 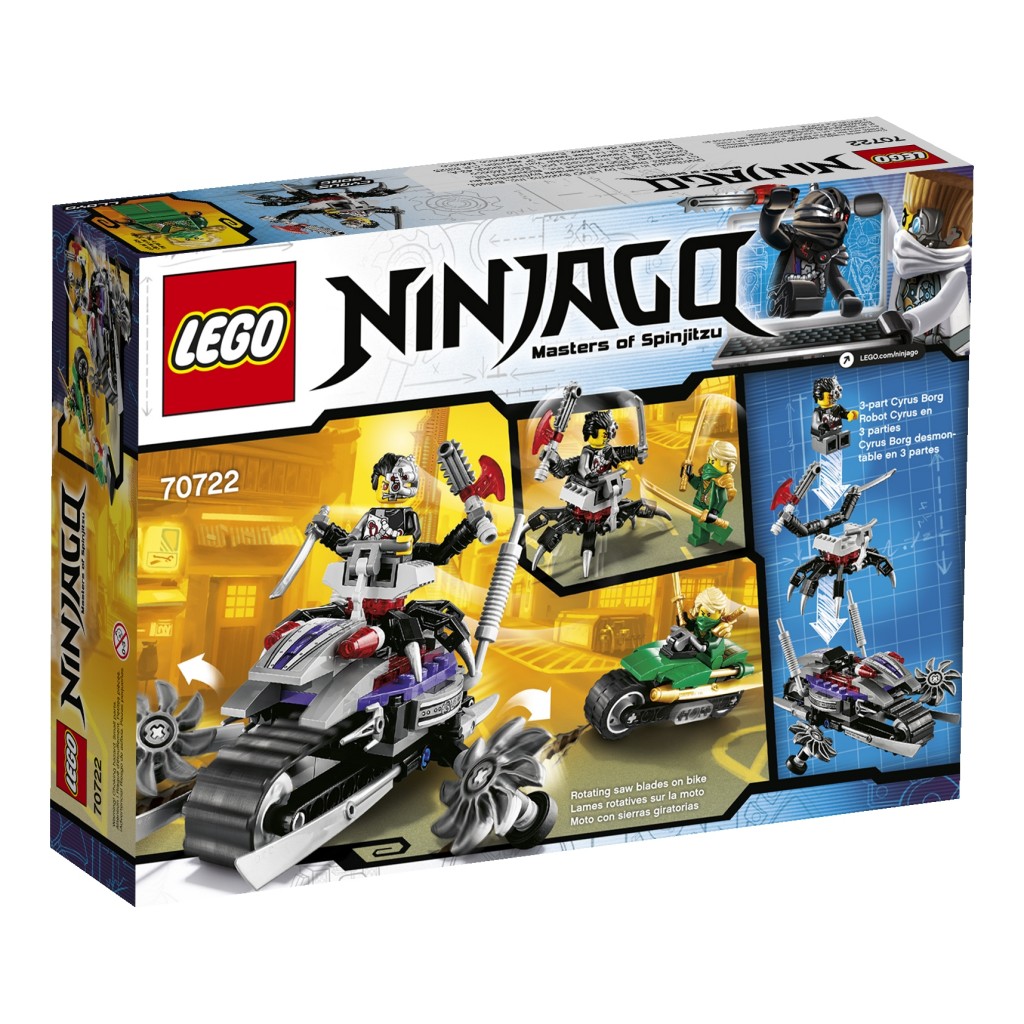 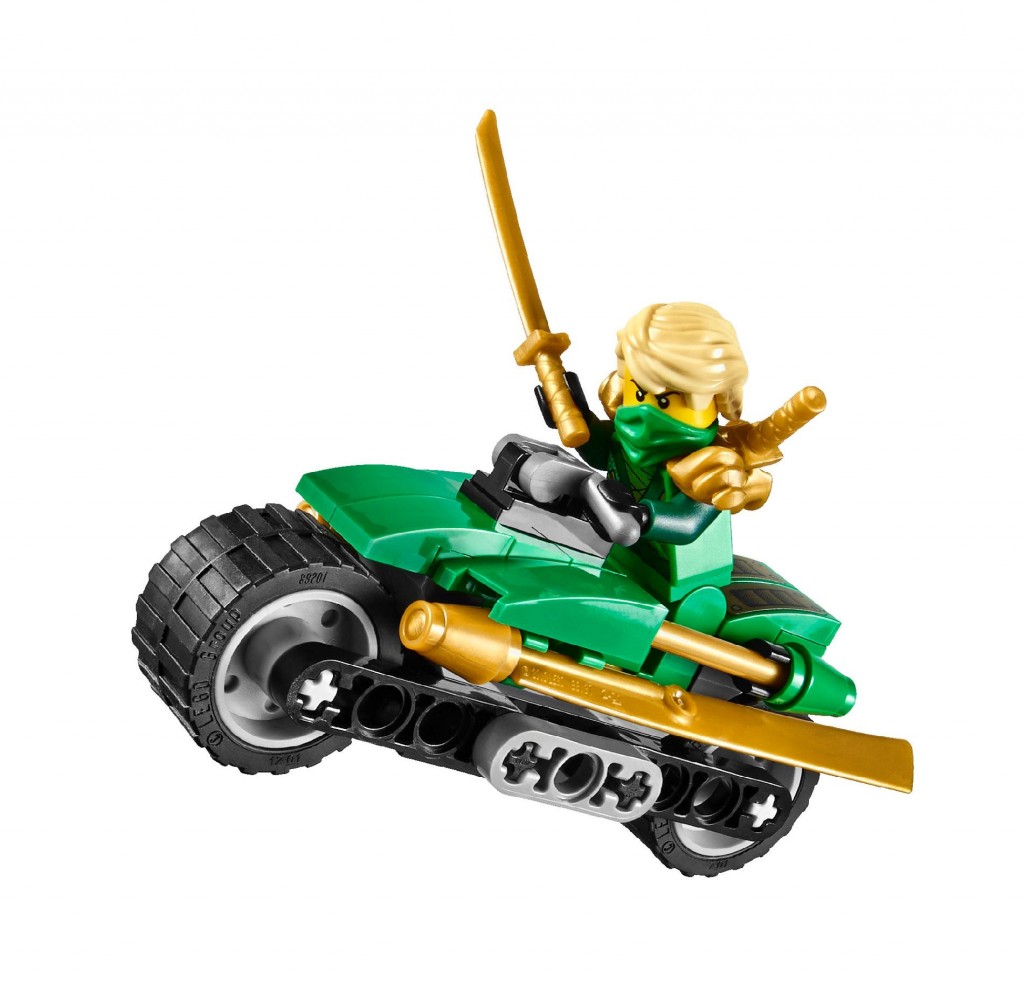 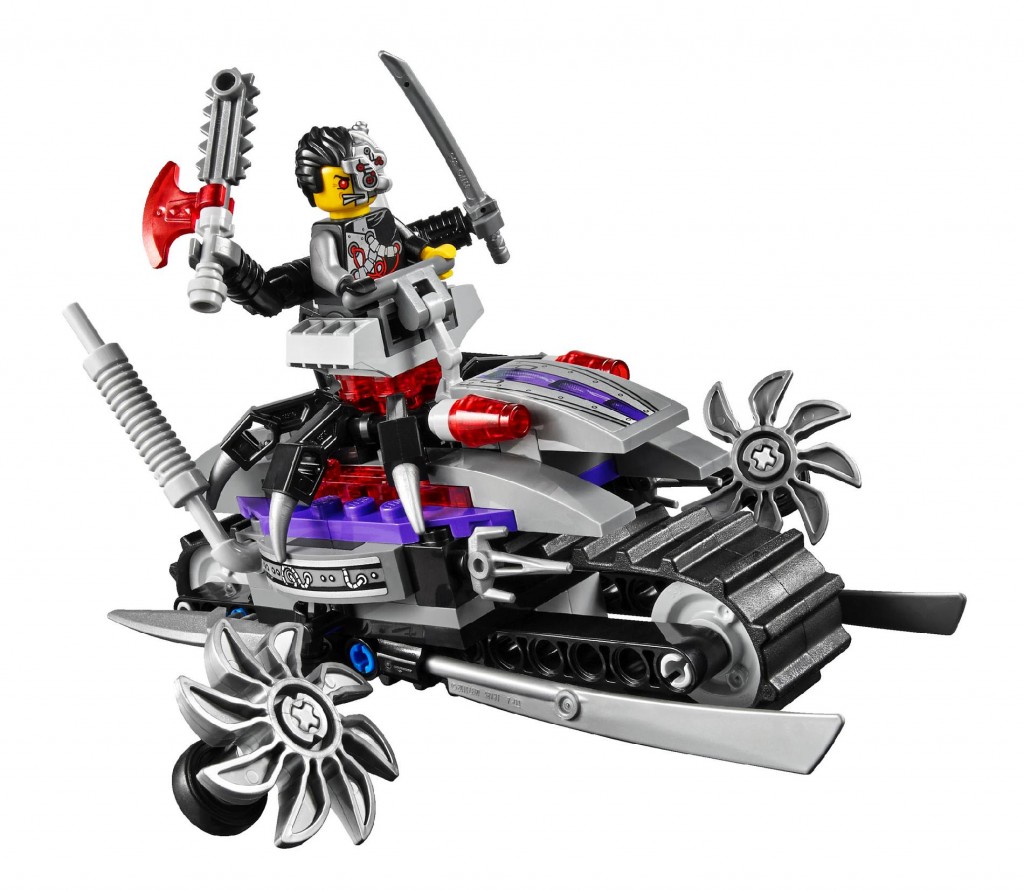 Cyrus Borg has been transformed by technology into OverBorg, and is on a mission to control New Ninjago City and capture the Green Ninja. Help the Green Ninja escape to safety on his super-slick cycle with golden blades. The OverBorg has powered up in his mech chair and is giving chase on his all-terrain tank bike, churning up the road with the two fast-spinning, slicing circular saw blades. Evade the tank bike’s lasers then accelerate onto the ramp and soar over OverBorg’s fearsome machine! 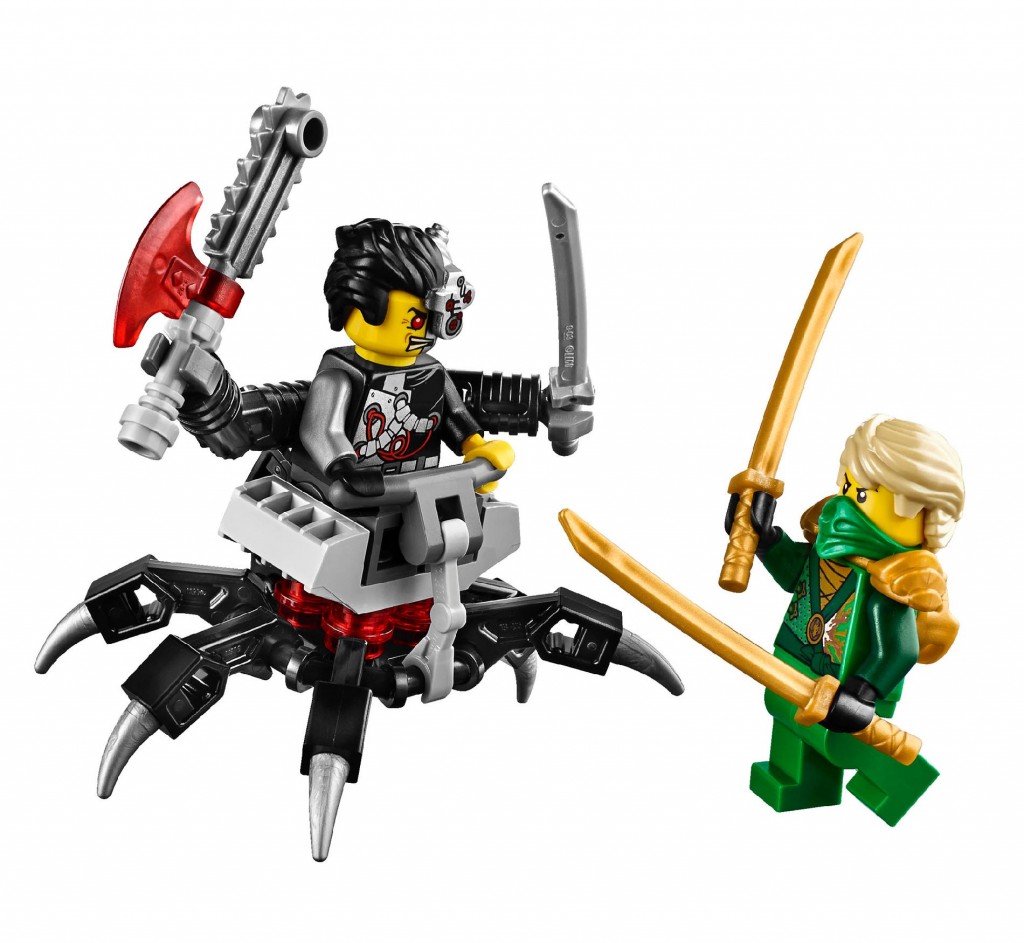 Includes 2 minifigures with weapons and accessories: OverBorg and Lloyd. 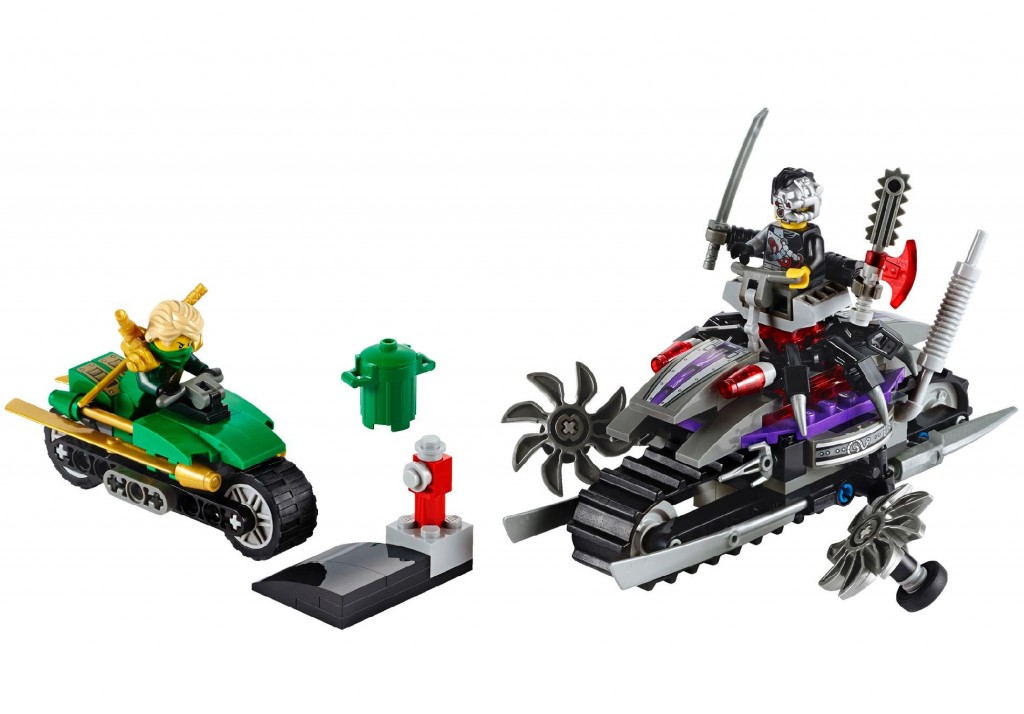 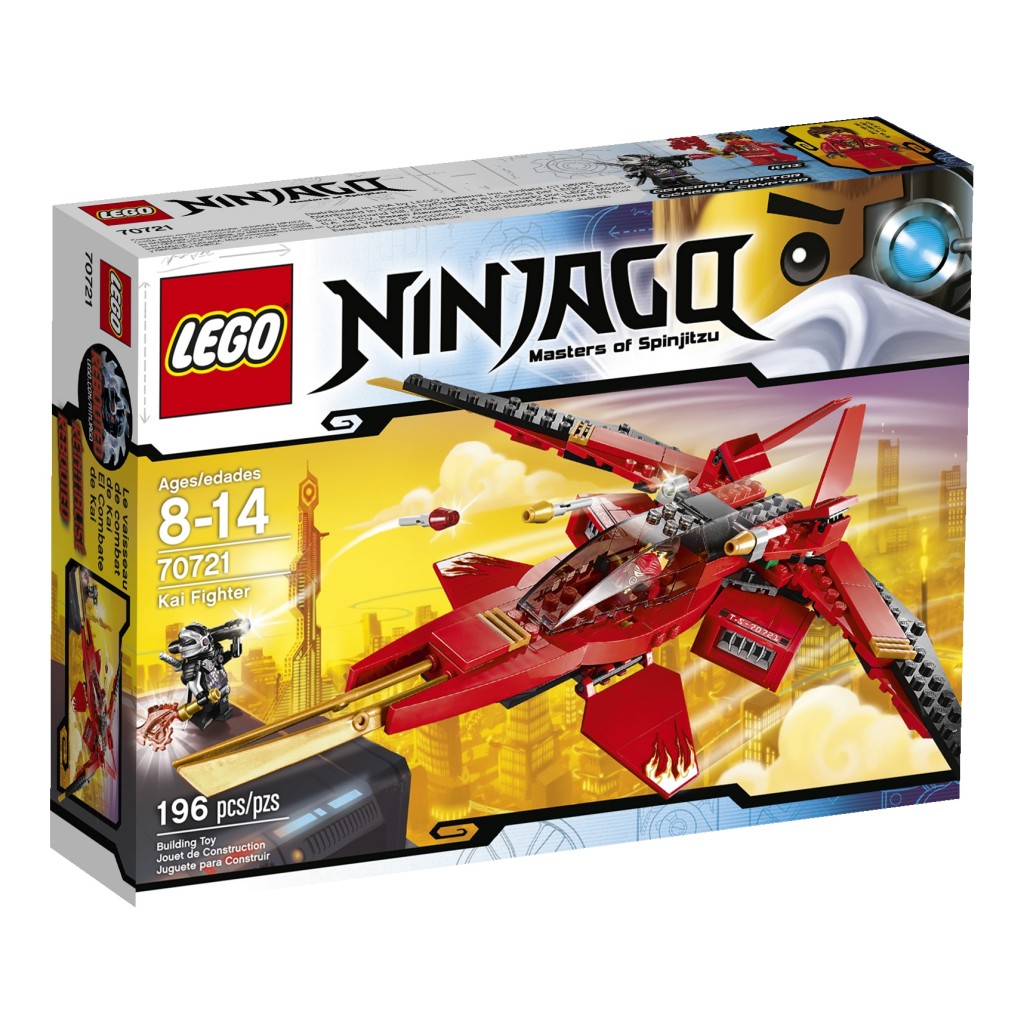 Put the heat on General Cryptor and grab the Techno-Blade with Kai Fighter with 2 flick missiles, jet engines and speed mode wings. Kai has taken over a civilian vehicle and used his Techno-Blade to turn it into an awesome red and gold Ninja Fighter! Take off and weave between the skyscrapers of New Ninjago City with Kai in the cockpit. Shoot the gold-tipped flick missiles into the path of the evil General Cryptor and evade blasts from his ground-to-air laser rocket launcher. Defeat General Cryptor then flip the wings back to engage speed mode and zoom away. Includes 2 minifigures with weapons and an accessory: Kai and General Cryptor.