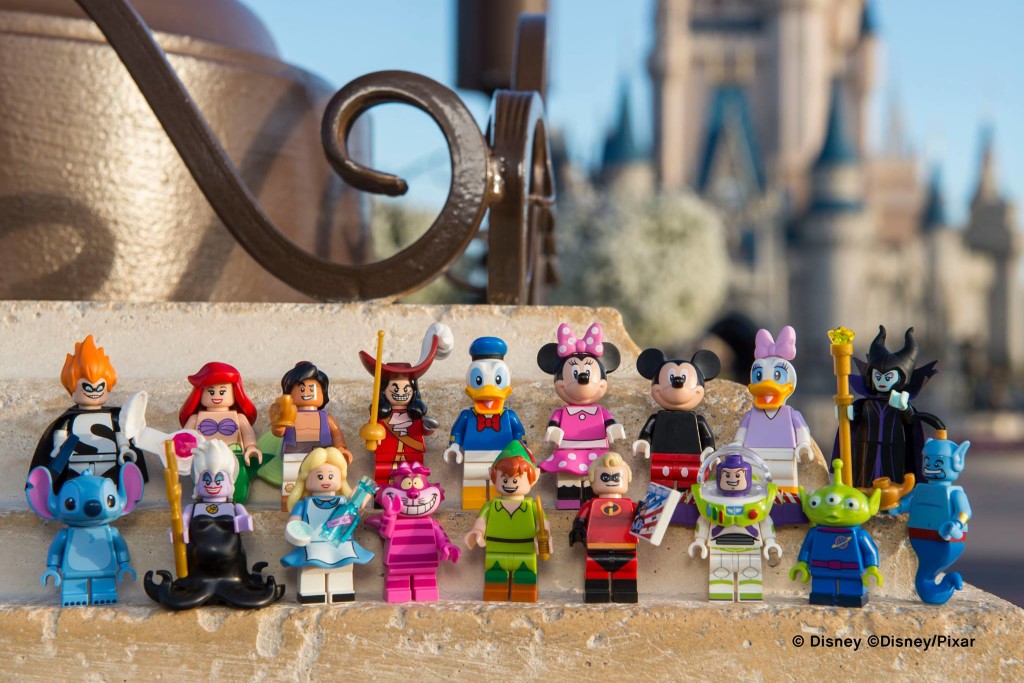 UPDATE: I’ve completed my LEGO Disney Minifigures review. Be sure to read it to see photos and my thoughts on all 18 Disney minifigures!

Earlier today, LEGO and Disney finally (and officially) unveiled their latest collaboration – LEGO Disney Minifigures! The much-anticipated mashup of LEGO’s beloved Minifigure theme and some of your most beloved Disney characters is a dream come true for Disney and LEGO fans.

A decent introduction to Disney minifigures, but drawing on Disney’s massive library of movies and characters, a 2nd and 3rd series is almost inevitable to add in more characters. 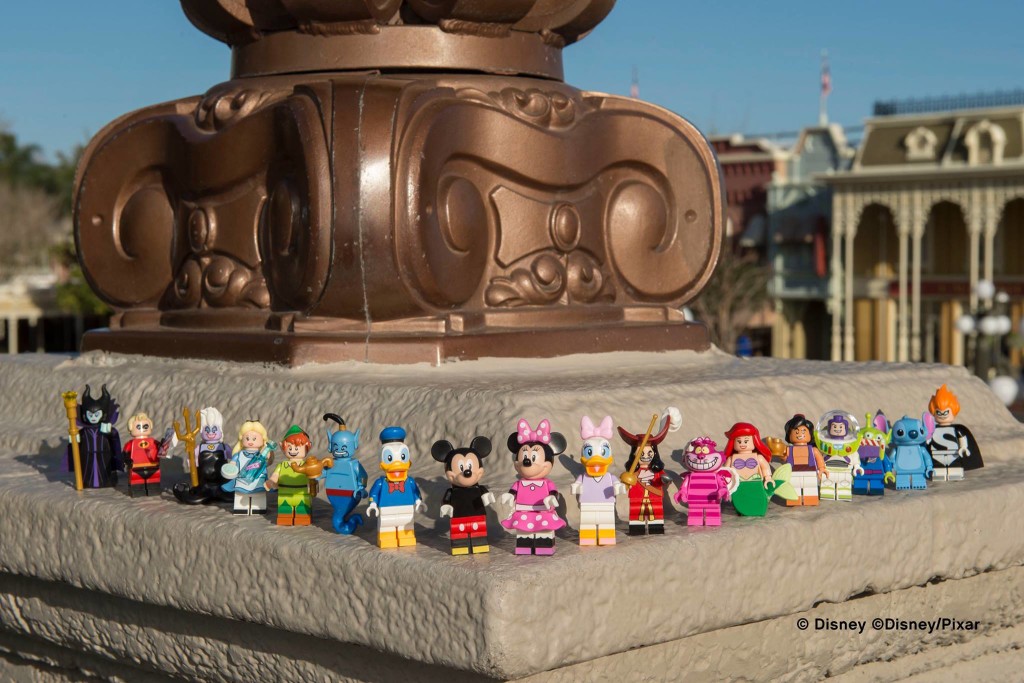 I’m Rick James Bricks is currently running preorders for a full set of Disney minifigures which will cost $90. There will be free shipping on all pre-orders via his website. Look out for an upcoming collaboration with him in the coming weeks for an exclusive offer just for Jay’s Brick Blog readers! 😉 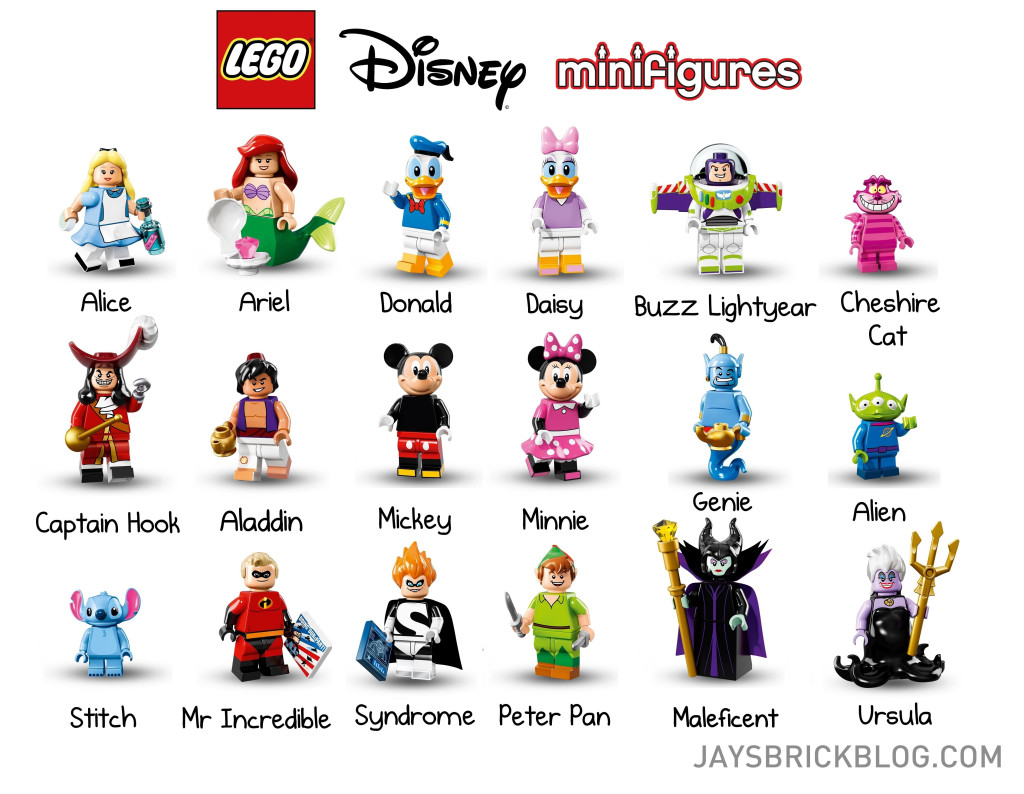 There’s no official checklist out yet, but I’ve cobbled my own together as I did with previous minifigure series featuring the character names of each of Disney minifigure in case you’re unaware of who some of them are. Much easier to view the entire lineup this way.

In a departure from the regular 16 characters in a series, The Disney Minifigure Series will see 18 characters in one complete set. I guess this is a great way to pack in 2 extra characters, although one has to wonder what the distribution of minifigures in a whole box will be. 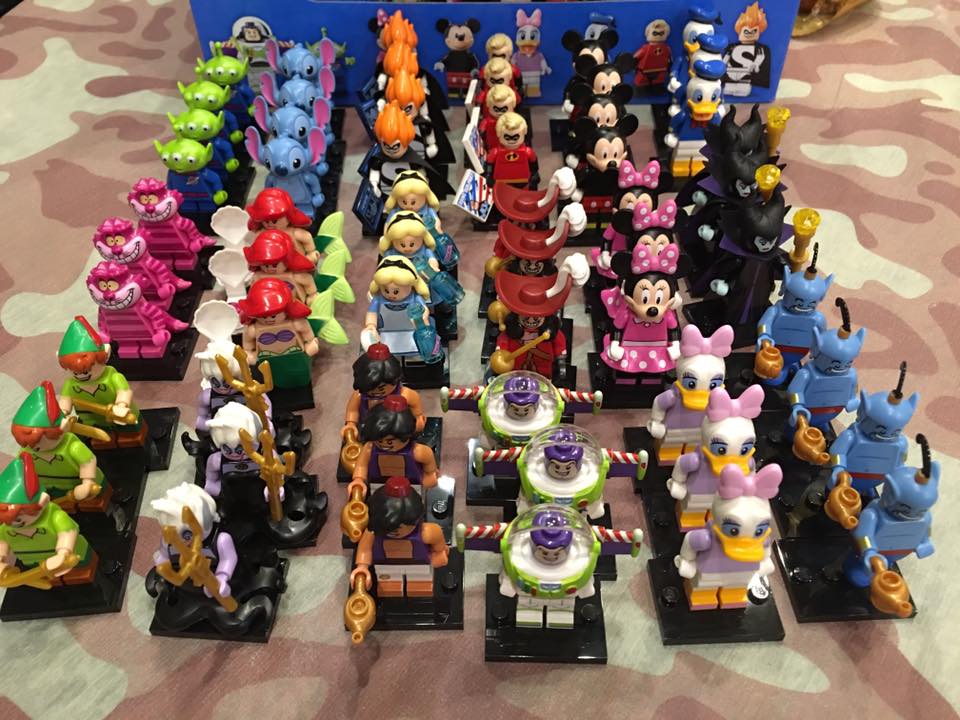 UPDATE: A user on Legend Bricks, Karleo Wong has posted the box breakdown, showing the distribution of minifigures in a box of LEGO Disney Minifigures. I’m glad that my pessimism was totally unfounded and that there are indeed 3 complete sets of Disney Minifigs in one box.

Here’s the ratio of minifigures:

I’m pretty pleased that there will be 4x Aliens per box as that should aid my army building!

All in all, I’m pretty excited about this set. The Minifigures I’m most excited about are Mr Incredible & Syndrome, Ursula, Maleficent and the Cheshire Cat. I will definitely be army building the Toy Story Alien, which has always been a dream of mine. I predict that the Alien will be the most coveted minifigure out of the entire series.

Check out the gallery below for single photos of each Disney minifigure.

Are you excited about LEGO Disney Minifigures? Let me know which characters are you most looking forward to in the comments!