Update 1/8:: The Exo-Suit is now on sale on LEGO.com! Check out this post for all the details.

Update 7/7: Added in some more information from LEGO designer Mark Stafford on the final model, gleaned from his comments on Reddit.

Yesterday, the LEGO Ideas team pulled the curtain up from the highly anticipated homage to Classic Space, Peter Reid’s Exo Suit. Capitalizing on LEGO’s resurgence as a collectible toy as well as what is arguably THE best character in the LEGO Movie, the 1980’s something spaceman Benny, the Exo Suit as expected sent the internet into a frenzy.

The LEGO Ideas team chose to introduce the final model in stunning fashion, releasing a fantastic 3D animated video made by one of Peter Reid’s longtime collaborators, Chris Salt. 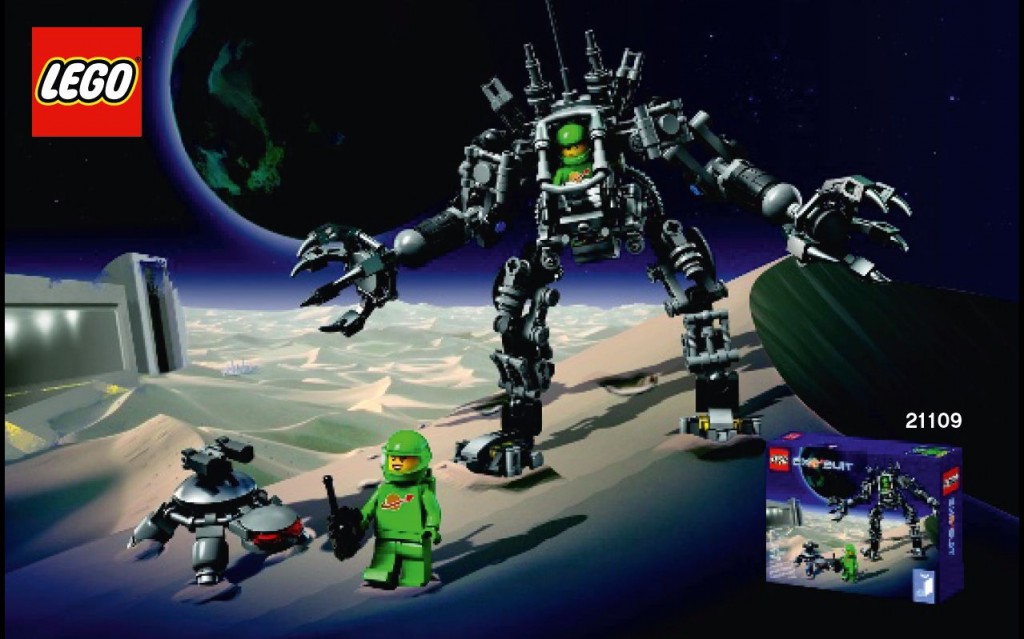 Brickset also published this grainy photo of the box art, which gives you a better look at the contents of the set in LEGO-form that was found in the new instruction manual for Ecto-1. 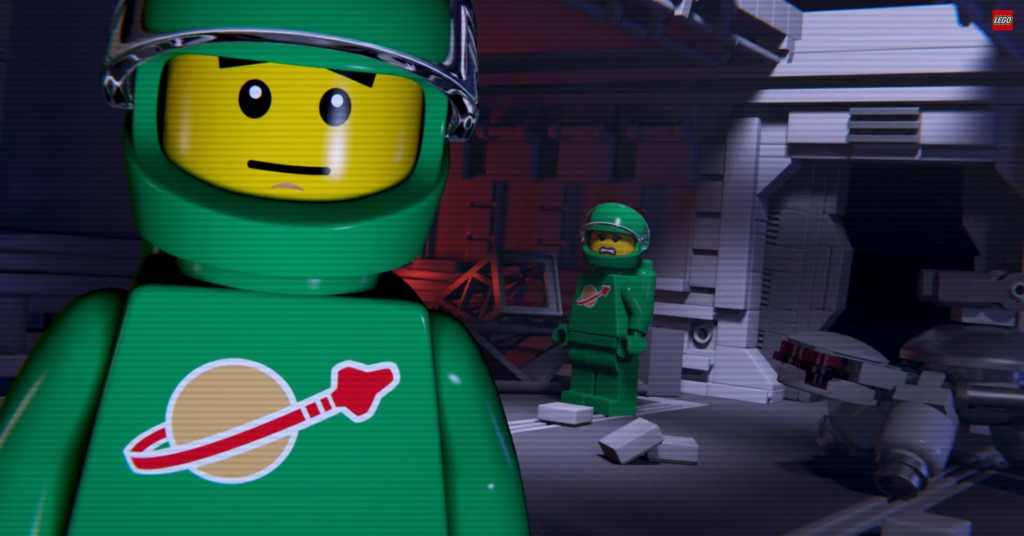 The most amazing thing about this set is the introduction to GREEN, yes Green classic space minifigures! We’ve never had Green space minifigures before and now they join the elite group of Yellow, White, Blue, Black and Red astronauts in the Classic Space Universe. Retro LEGO fans were no doubt extremely excited to get a whole new colour. 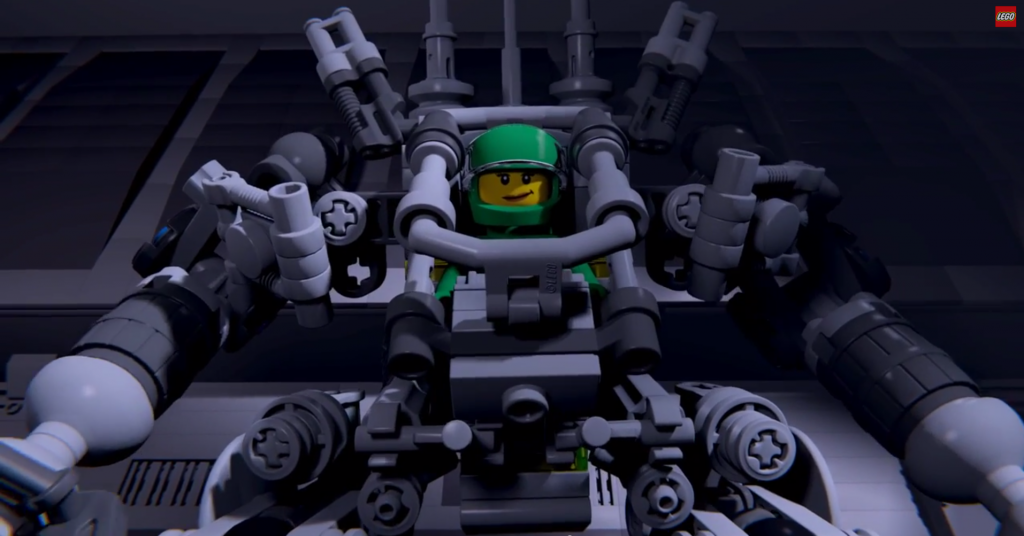 Following the recent (and overblown) controversy with LEGO and females, LEGO has done an admirable job proving its detractors wrong, opting to reinforce their commitment to representing both genders equally by including a female astronaut in the Exo Suit set. I think this is a really positive move and I for one am excited to have more female space minifigures in my own collection.

It also helps that in the video, the female astronaut plays an integral part in finding the Exo Suit, as they plot their escape from their wrecked base. 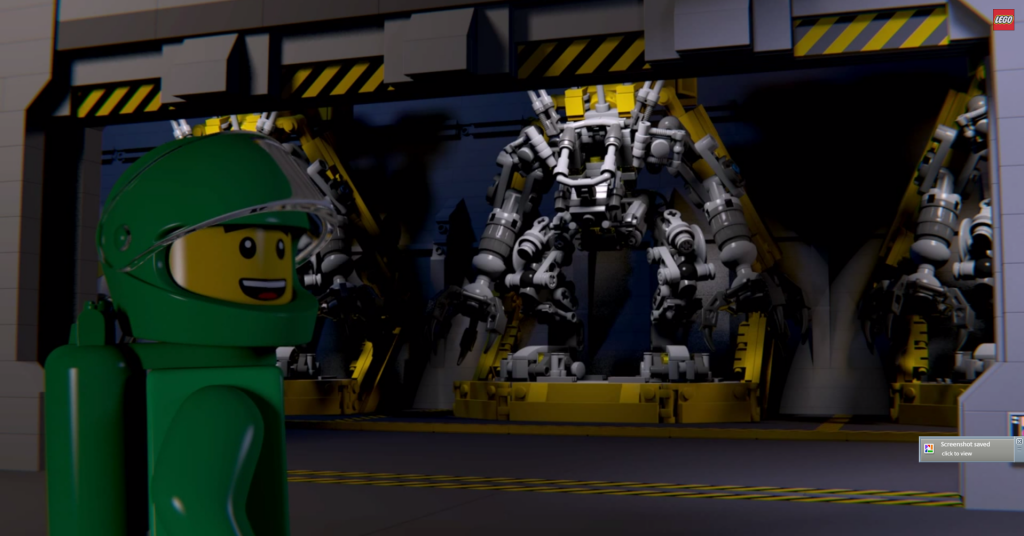 The Exo Suit looks stunning in the video and is totally unlike anything that LEGO has ever produced. I’m extremely excited about this set and I think this is one of those cases where owning just one set just won’t cut it.

Pricing and the release date hasn’t been officially announced yet but the Exo Suit should be available for purchase sometime in August.

What do you think about the Green space minifigures and Exo Suit? Is this going to be a day one purchase? 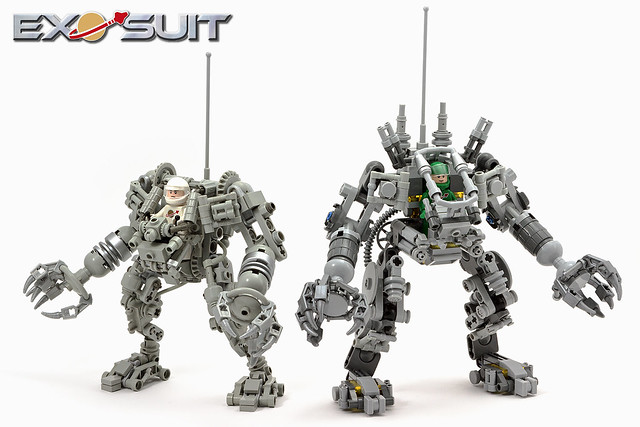 Designer Peter Reid has posted up many more pictures on his Flickr account of the Exo Suit, including some really neat comparison shots of the original submission and the final model. There are also a ton of fantastic photographs on Bluemoose’s Flickr page.

As an added bonus, LEGO designer Mark Stafford, the man responsible for the final model weighed in on several Reddit r/lego threads over the weekend via his Reddit account. He shared a wealth of insight on the process and design choices taken to arrive at the final Exo Suit model, which will be available on 1 August.

Here are some choice quotes from Mark. For the entire comments and discussion, check out the first and second Exo Suit threads on Reddit. Highlight include that there is only a single production run for the Exo Suit. With Classic Space all the rage thanks to Benny, expect this set to sell out very, very, very quickly. These Green Space minifigures are also going to be extremely coveted, especially by AFOLs. Emphasis on Mark’s quotes are mine.