If you’re like me, you’ll probably have fantasized about becoming a Master Builder or having some sort of LEGO-related job at one point or another. If you’ve got what it takes, that dream might just become a reality as a really cool LEGO related job just became available in Australia.

Photo via The Brickman

Australia’s very own LEGO Certified Professional, Ryan McNaught, better known as The Brickman has just posted up a job ad on his website and is looking for 5 individuals to join his team as full-time LEGO brick builders for 3-4 weeks in October.

The job will require you to be in be in Melbourne and you’ll join Ryan’s team to work on “the coolest LEGO® project to hit Australian shores.”. This once in a lifetime opportunity to work with Ryan sounds really exciting and could lead to exciting prospects – it might be the stepping stone towards a lifelong career surrounded by LEGO.

Applicants need to be 18 years old or older and be “well drilled in the fine art of brickin’ it up”. If you’re interested, send over a 1 page PDF document with details about yourself and why you deserve the job to jobs@thebrickman.com. From my own experience hiring people, it wouldn’t hurt to send over pictures of your creations with your application to improve your chances.

Applications close at 5pm on Monday the 15th of September.

For more information on Ryan McNaught and what the job entails, check out the job ad here: http://www.thebrickman.com/index.php?option=com_content&view=featured&Itemid=71

You can also familiarize yourself with some of Ryan’s incredible creations by checking out his Flickr page. Ryan doesn’t seem to have his own social media account, but you can follow his wife on Twitter to keep up to date with The Brickman. 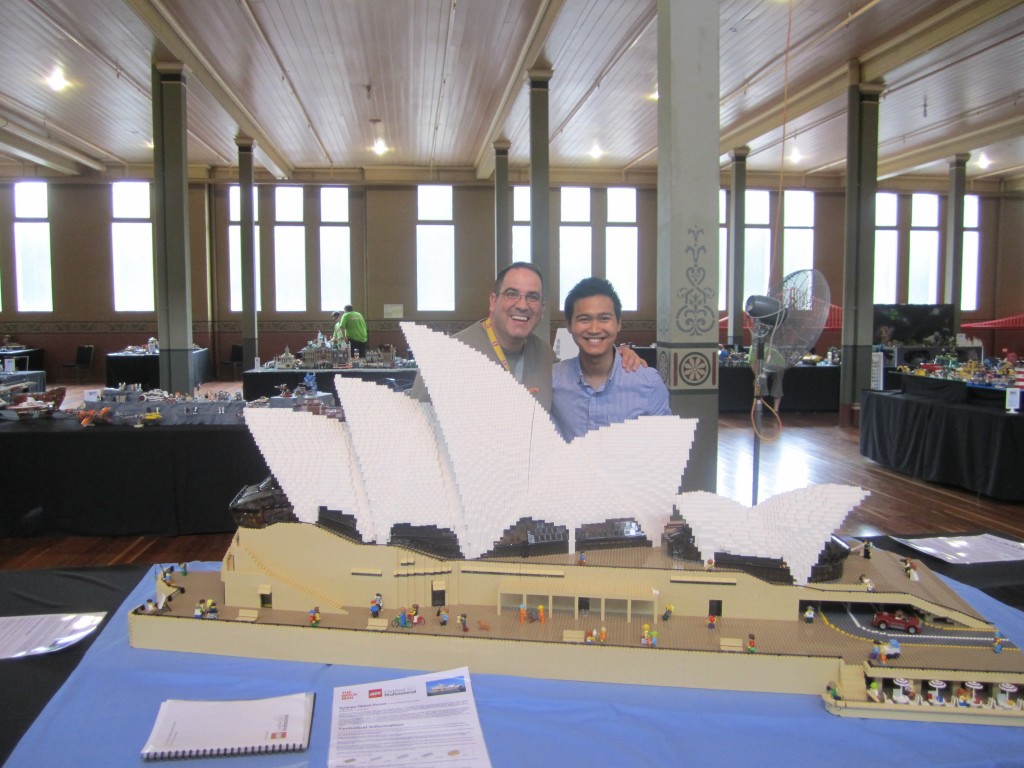 I had the pleasure of meeting Ryan at Brickvention 2014 and he’s a really cool guy – exactly what you’d expect from someone who builds amazing LEGO creations for a living. Pictured above is his epic take on the Sydney Opera House.

If you’re thinking of applying, I wish you the best of luck! Would be really awesome to hear one of my readers successfully joining Ryan’s crew. If you know of anyone who would like a job working with LEGO in Australia, feel free to let them know about this opportunity!

Going @lego shopping with a one-year old! Some in

New Pick a Brick order arrived today! Time to get

LEGO.com has given us an advanced look at the small wave of LEGO Marvel Spidey and His Amazing Friends sets, coming in March 2023. This range (like the cartoon it draws inspiration from) is aimed at k...
View on Facebook
· Share

December LEGO Double VIP Points weekend is now on!Get 2x VIP Points, which stacks with several GWPs!Oh and as a bonus, 21337 Table Football is also 30% off in the US, UK and Europe! ... See MoreSee Less

The December Double VIP Points event is now live, and you’ll net 2x VIP Points on all purchases on LEGO.com from 9-13 December – great for any last-minute Christmas gifts! For region-specific GWPs...
View on Facebook
· Share

We also now have an official release date, pricing and more photos of the upcoming trio of LEGO Lord of the Rings Brickheadz!Will you be picking these up when they're released in January? ... See MoreSee Less