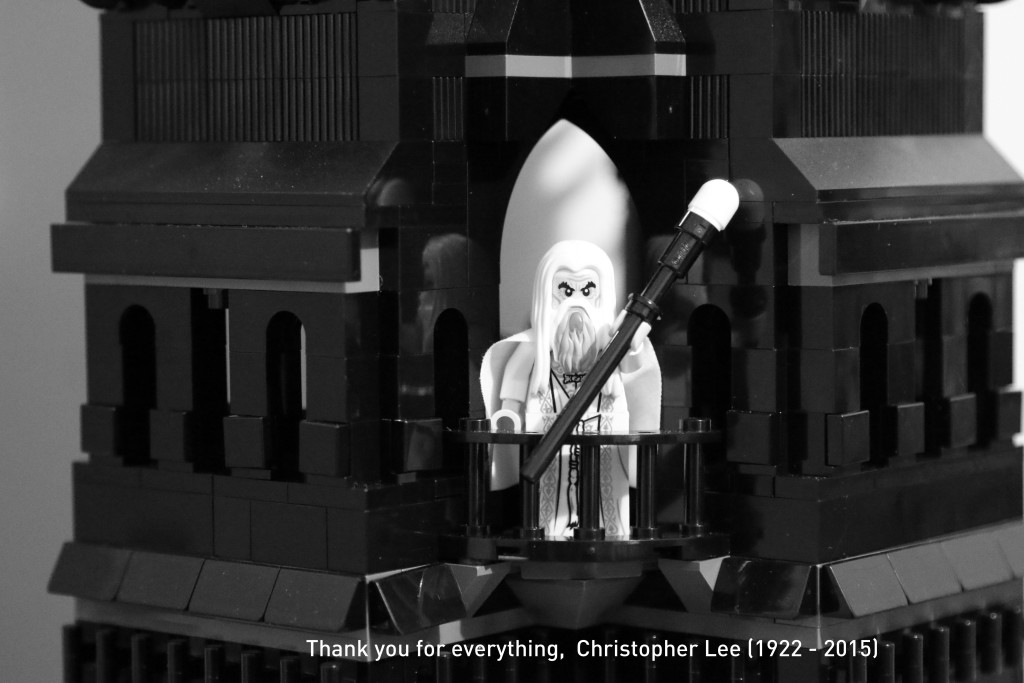 What a crummy day. Sir Christopher Lee has died aged 93. It’s not really relevant to what I write but Christopher Lee has been a huge influence in my life and was instrumental in developing one very particular habit that I’ve kept up since the age of 10.

In case you didn’t know, I am a HUGE fan of Tolkien’s The Lord of the Rings. The LEGO theme is my favourite of all time and I have every set released. The Tower of Orthanc also happens to be my favourite LEGO set of all time and is one of the few sets that I have permanently on display, ever since I got my hands on it in August, 2013.

Every year, I make it a point to read either The Lord of the Rings trilogy or The Silmarillion at least once. I was moved to developing this habit after learning that Christopher Lee does the same too. Here’s a fun fact, Christopher Lee initially auditioned for the role of Gandalf and he is the only cast member of The Lord of the Rings movies to have met Tolkien in person.

I’m quite saddened by his death, but very thankful for all that he has done on screen as Saruman the White. As mentioned, Orthanc is on permanent display in my room, so I took this snapshot as a way to honour Christopher Lee’s memory.

Rest in peace, you will be missed.