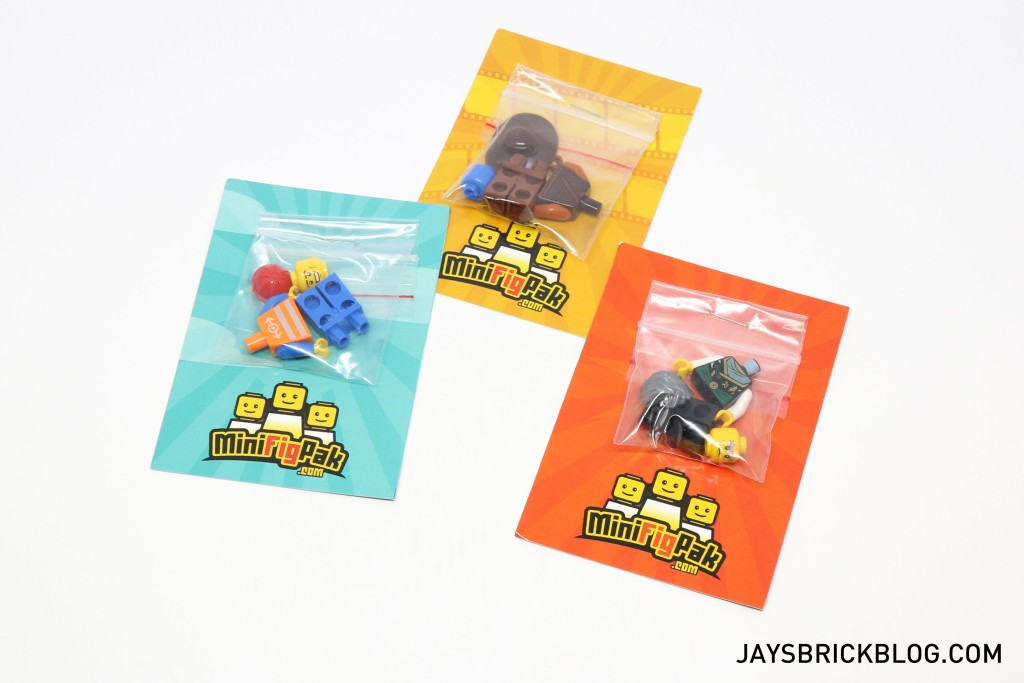 I was recently sent a review copy of the inaugural MiniFigPak, a brand new Australian monthly mystery minifigure subscription service.  The premise is simple – for $17.95 a month, you’ll receive three mystery minifigures posted to you each month. All minifigures are obviously original LEGO minifigs (no knockoffs or customs) and there’s no overlap if you’re already a Brickpak subscriber.

To find out more about MiniFigPak, head on over to their website or like them on Facebook to get the latest updates of new products or announcements.

Special thanks to the MiniFigPak team for sending me a copy to review! 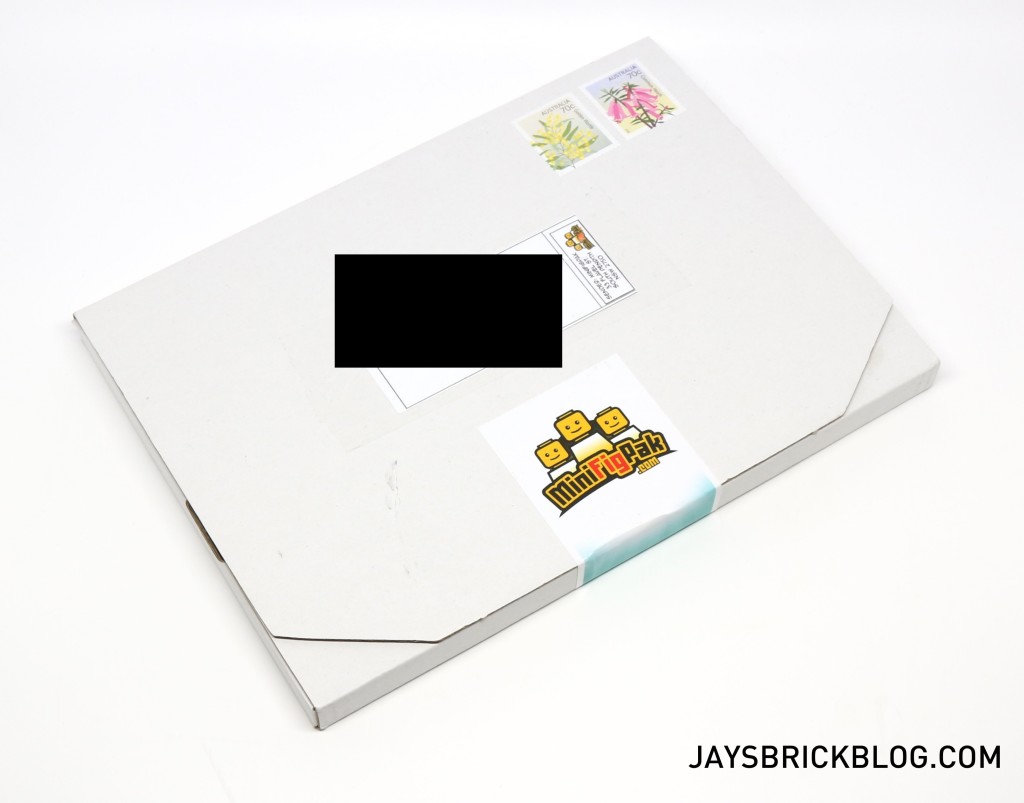 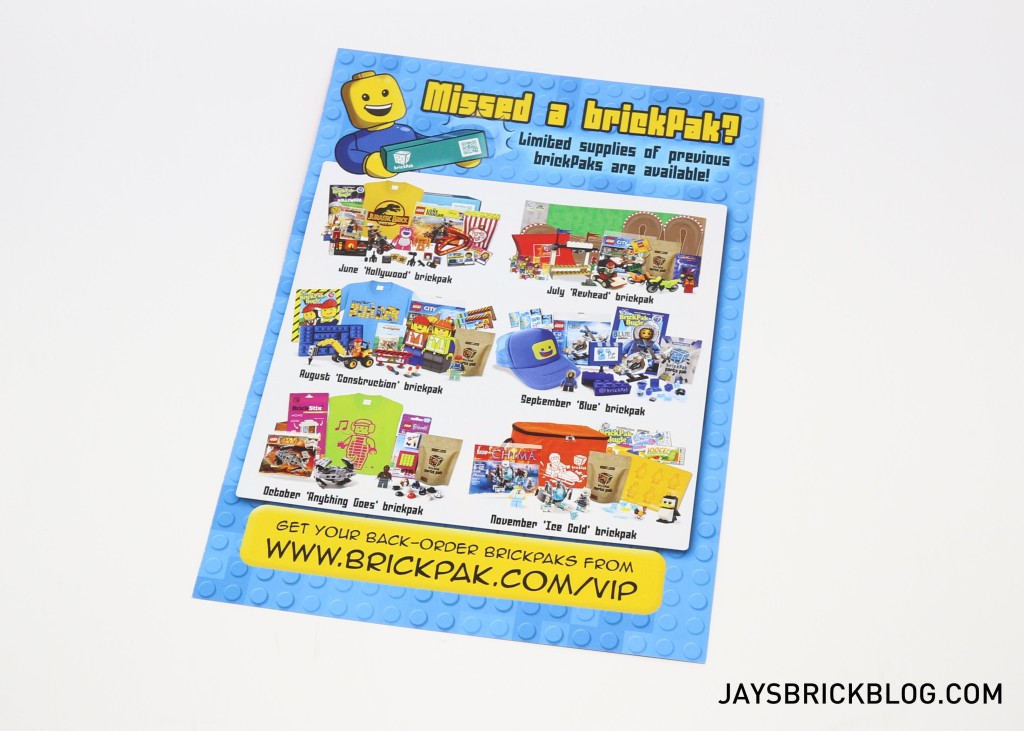 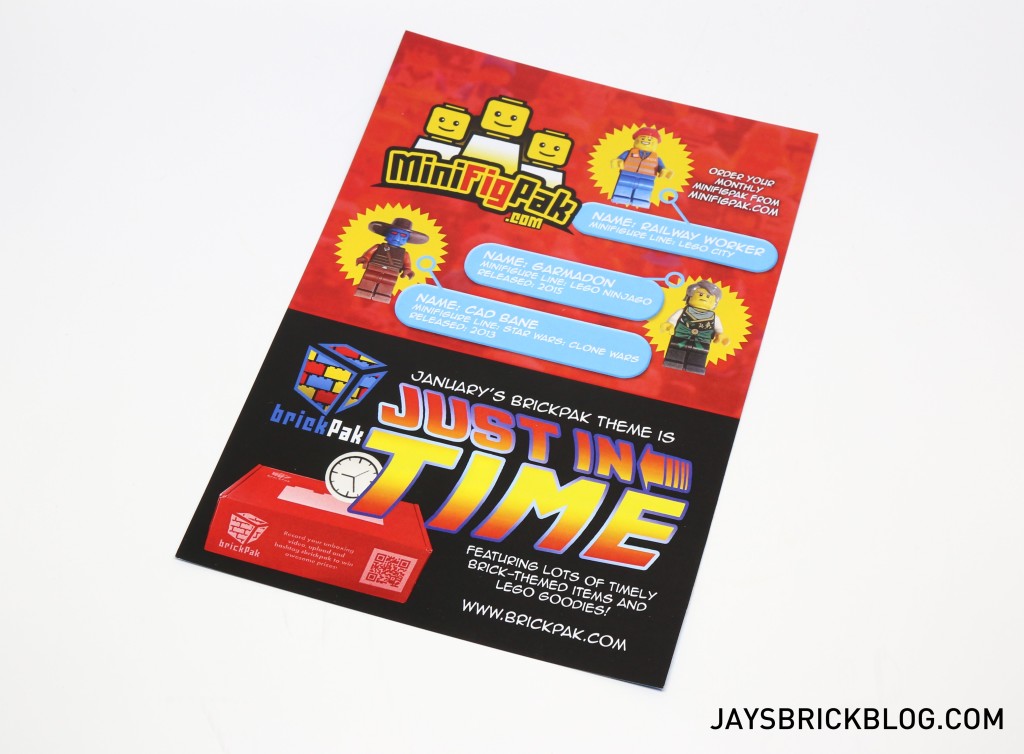 I got two leaflets with information on upcoming BrickPaks and a useful section with details of each minifigure included in this month’s MiniFigPak. It’ll be quite handy if you’re unfamiliar with the characters of minifigs that you get, especially if they’re particularly obscure. 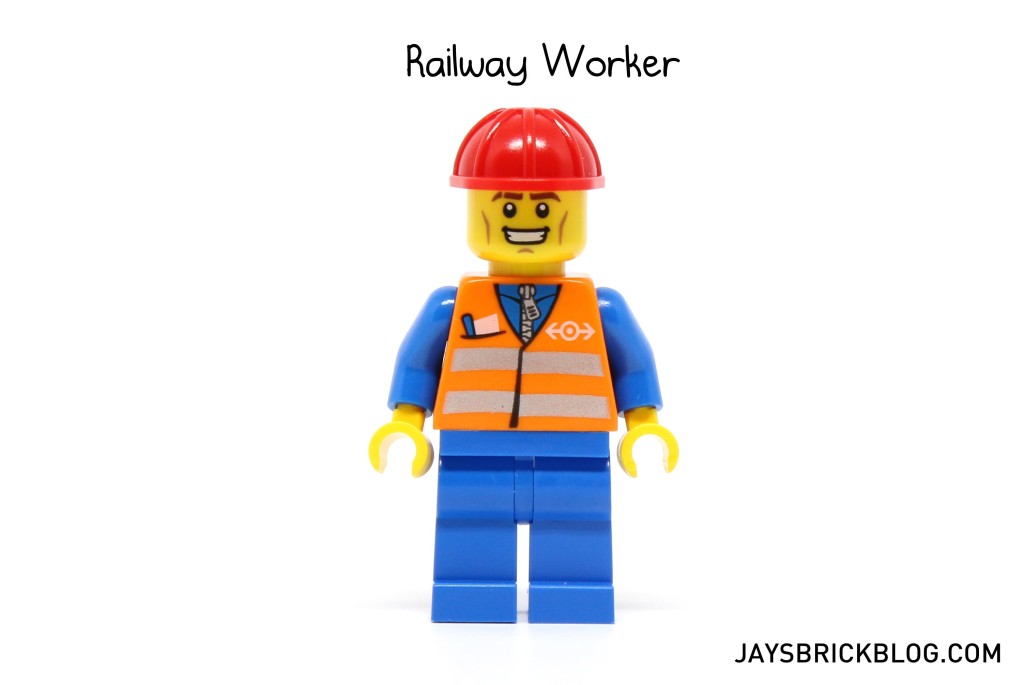 The first minifigure I opened is a Railway Worker – a pretty generic City character that would easily fit into any LEGO City setting. Equipped with a red construction hard hat, a fluorescent safety vest with reflective stripes, the Railway Worker could also easily pass off as a Construction worker. 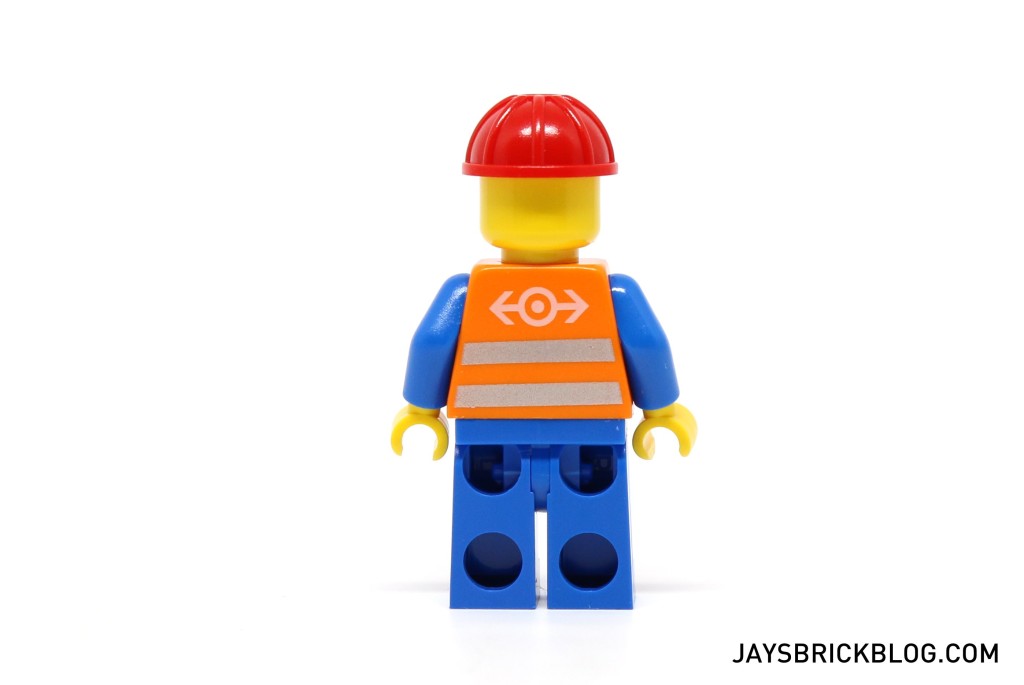 The minifigure also has back printing which has the LEGO City Railway logo right below his neck.

I quite like the Railway Worker – you can never have too many generic LEGO City characters as any bustling City scene always benefits from being populated by more pedestrians, workers and random minifigures.

Not a bad start so far, but it might not necessarily appeal to LEGO fans who exclusively specialise in licensed themes. 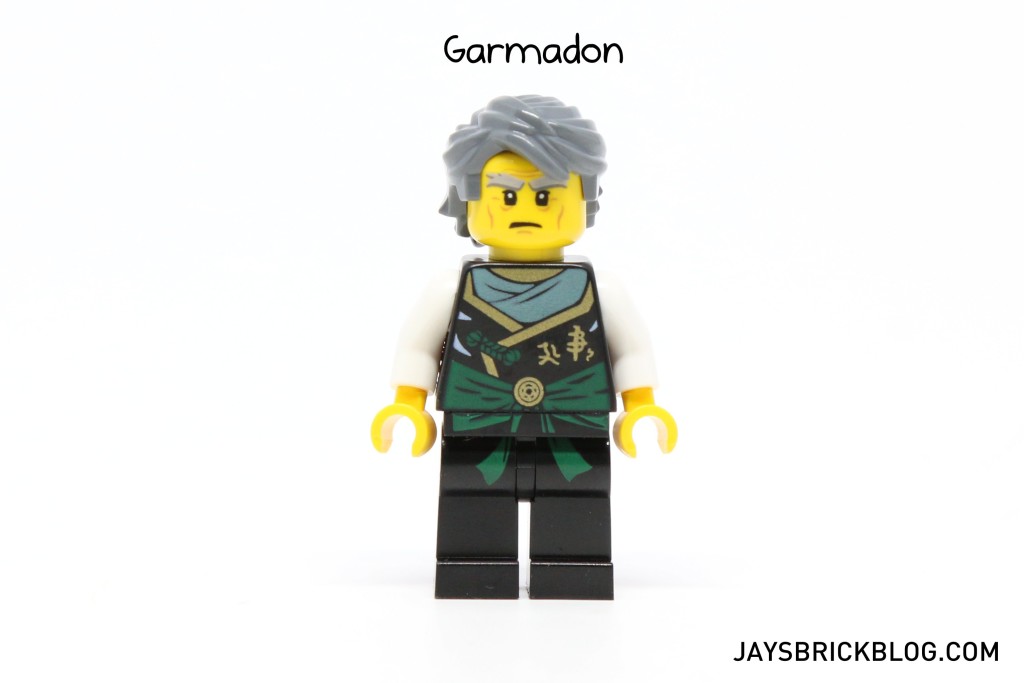 Up next is the excellent Garmadon minifigure. I was incredibly happy when I saw this minifigure as I have a slight fascination with the Ninjago theme although I don’t own as many sets. Garmadon is fairly exclusive, having only made an appearance in 2015’s Ninja DB X.

Garmadon features a really attractive grey hairpiece and some outstanding torso printing. His face is etched with lines to reflect his older age complete with bushy eyebrows. He’s attired in Japanese-inspired clothes which give him an air of regal authority and power. 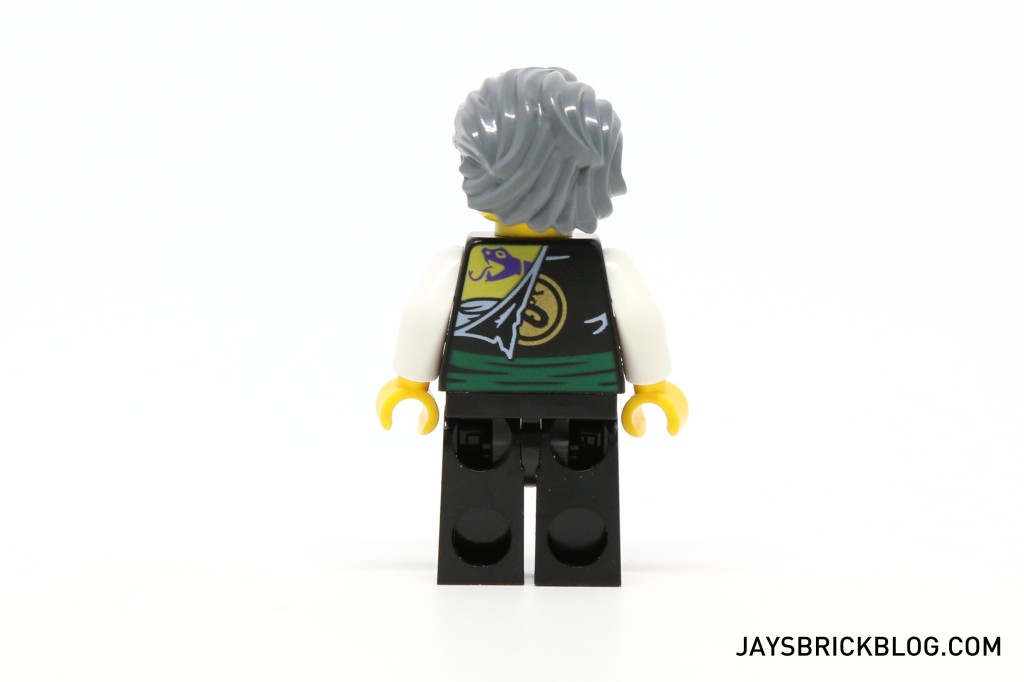 His back printing is also pretty cool, with his shirt torn just below his left shoulder to reveal his Anacondrai tattoo. I don’t know much about the Ninjago storyline… so I’m guessing that Garmadon is secretly a bad guy masquerading as one of the good guys? Either that or he could be a bad guy turned good and hasn’t gotten around to getting his tattoo removed!

Garmadon is a minifigure that I’m happy to add to my collection, especially since I will most likely not pick up the set that he appears in. It’s got a banging design and is an all-round premium quality minifig. 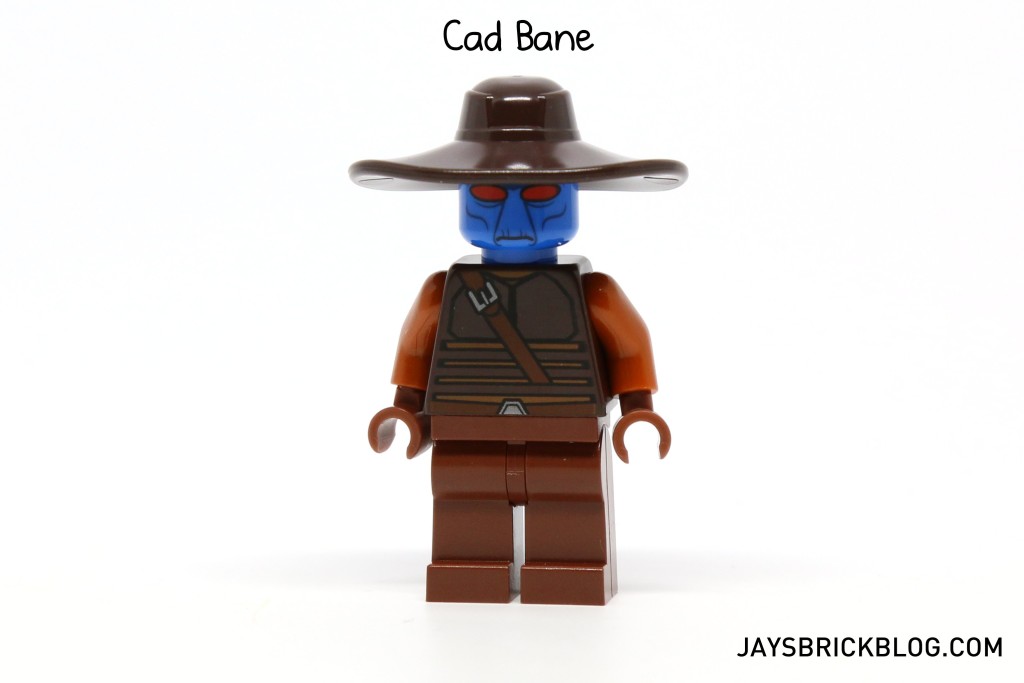 Last but not least is Cad Bane, a bounty hunter from the Star Wars Universe that existed during the Clone Wars period. Cad Bane isn’t a particularly popular or iconic Star Wars character but he has amazing fashion sense. He rocks a very cool (and exclusive) wide brimmed brown hat.

His torso printing is decent but nothing too shout about since it’s just varying shades of brown with some body armour printed onto it. 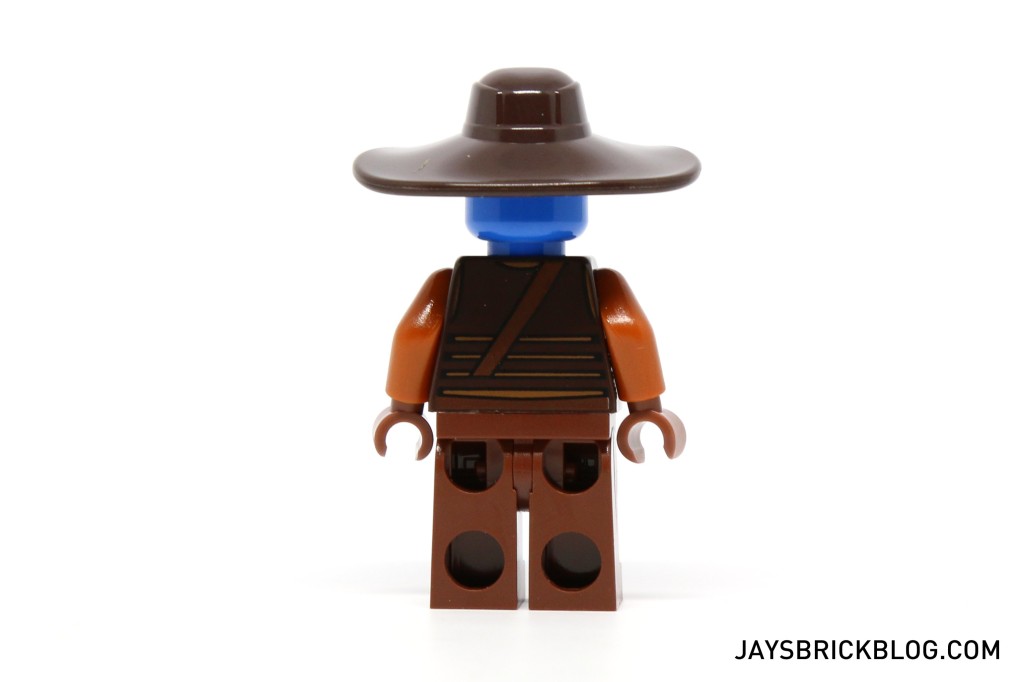 Here’s a look at his back printing which is not particularly noteworthy too.

I’m quite familiar with Cad Bane’s minifigure thanks to his awesome hat and I’m quite happy that I am able to add this obscure accessory into my collection. Cad Bane’s hat only comes with his character, so it’s a big plus if you’ve never owned this minifigure before. 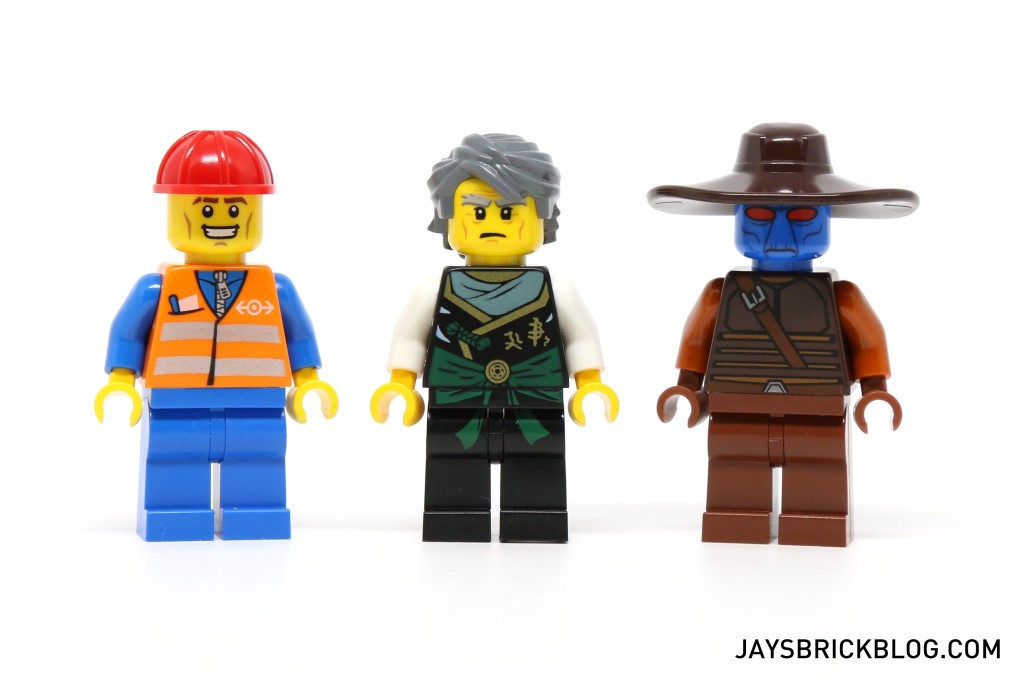 Final Thoughts: I have to say, I quite liked December MiniFigPak and all the contents in it. To me, Garmadon is the star this month but I was quite happy with the Railway Worker and Cad Bane as well.

For $17.95 a month, I think that there’s quite a bit of value here. Of course, the surprise of not knowing what three minifigures will arrive in your post box is part of the experience and should appeal to LEGO thrill-seekers or young fans. The price is just about right, and if they keep up the quality and selection of minifigures included, this service could very well be something that LEGO fans of all ages can look forward to each month.

I certainly like this a lot more than the BrickPak as we’re getting only minifigures, and as any long-time LEGO fan will tell you, the lure of hoarding and collecting as many minifigures will eventually strike you, no matter how hardcore or casual a LEGO fan you may be.

I highly recommend the MiniFigPak and I’ll be subscribing to this service myself, just for the first few months as I have a good feeling about this service.

Have you subscribed to the MiniFigPak or are thinking about it? Let me know your thoughts in the comments! 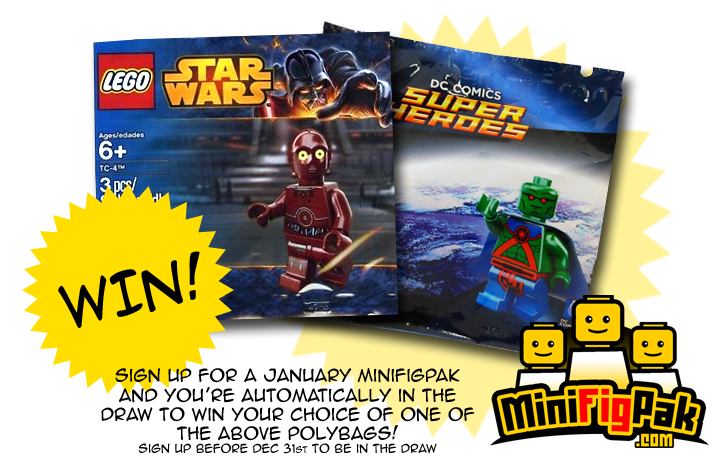 If you’re thinking of subscribing, now would be a good time as you could win a TC-4 or Martian Manhunter polybag if you sign up before December 31st. Speaking of polybags, January’s MiniFigPak includes a polybag! Will be interested to see what it contains!

To sign up for the MiniFigPak, head on over to their website. It’s really easy to set up but do be aware that you’re signing up for recurring payments, and not per month.

Special thanks to MiniFigPak for providing me with the December MinifigPak to facilitate this review!