We’re about a week away from Easter, which means there’s no better time to review the 2017 Easter LEGO Seasonal Set – 40237 Easter Egg Hunt!

Well, I would’ve loved to have reviewed this set much earlier, but it takes like 2 weeks for LEGO orders to get to Australia  ¯\_(ツ)_/¯

40236 is the second seasonal set of the year, following on from 40236 Romantic Valentine Picnic which was a delightful return to the minifigure vignette formats, which in my honest opinion, are the best kinds of seasonal sets.

Here’s a quick review of the 2017 Easter LEGO set. If you’re still after one, there’s still time to order it from LEGO.com. I wouldn’t sit on them if you plan on buying – the Seasonal Sets don’t typically last a long time. The Valentine’s Day one for example, is already sold out in the US. 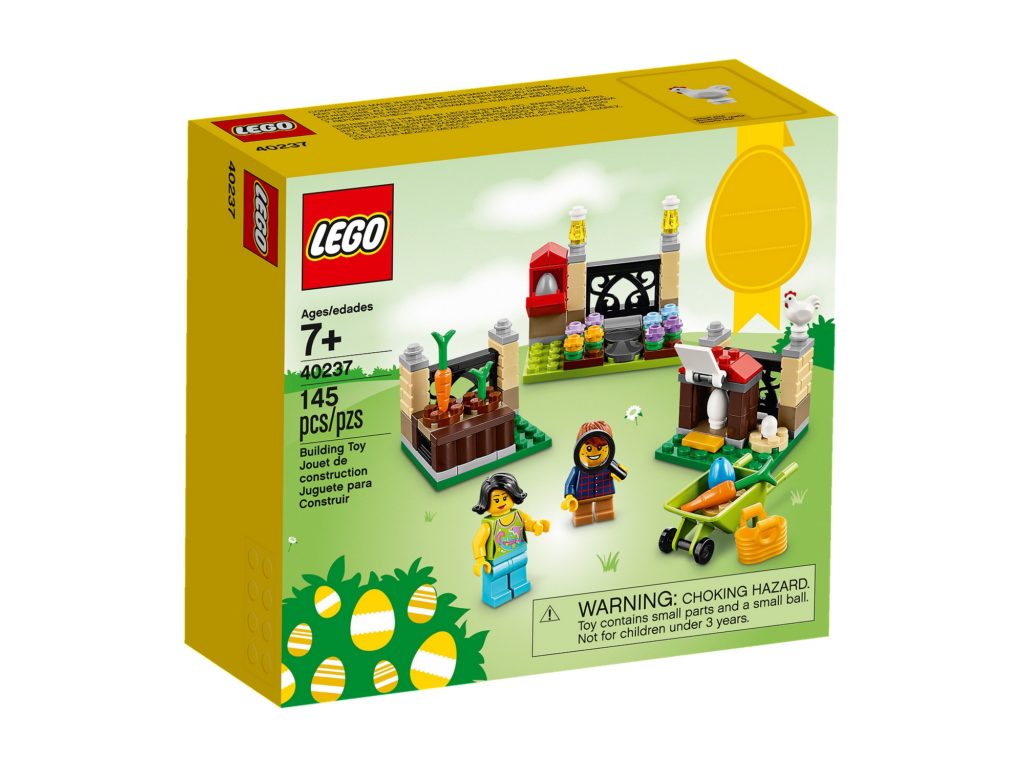 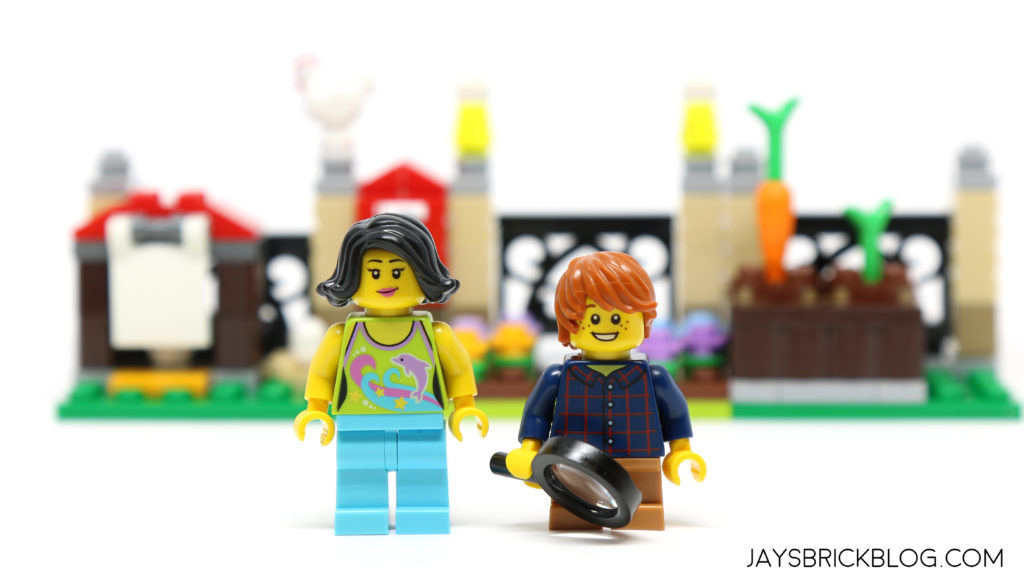 Let’s meet the minifigures in the Easter Egg Hunt. First up, we have an adult female minifigure with black shoulder length hair, and a fun, almost kiddie dolphin-print halter top and bright cyan-coloured pants.

I love how colourful she is – my theory is that people who enjoy colourful clothes are more upbeat and bright and make excellent company.

Her black hairpiece is fairly uncommon, and has only been found in Ninjago sets, as well as in Series 15’s Jewel Thief, but it’s one of the nicer and more normal female hairstyles in LEGO, so I’m always happy to have an extra on hand. Her torso with the dolphin design is also fairly uncommon, having only shown up in the Ferris Wheel set, a Juniors set and a promotional Toys R Us set.

There’s nothing particularly special about the boy minifigure as he’s made out of common City minifigure parts – the orange side-swept hair, freckly smile, blue checked shirt and khaki short legs. 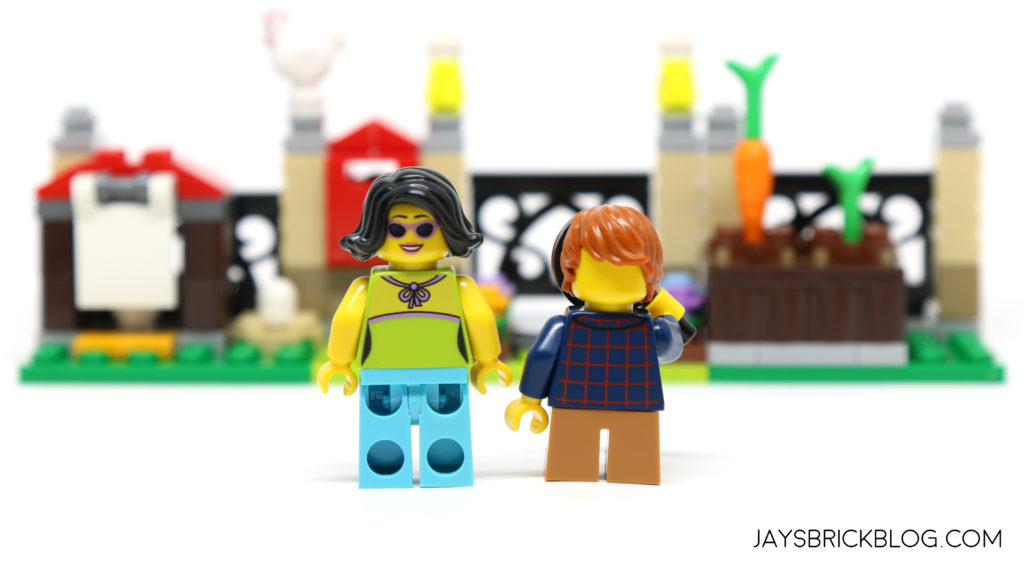 Here’s a look at the back printing of the mum and the kid. The mum (I’m going to assume she’s the mum) has a dual-sided face with pink sunglasses on.

There’s a bit of an Easter Egg (figurative) here which I’m going to run with – she has the same face as the lady from 40236 Romantic Valentine Picnic. It would be really sweet if the couple in the Valentine’s set got married, had a kid and now the mum is putting an Easter Egg hunt for their son.

Sure she has a different hair colour, but you can dye your hair. 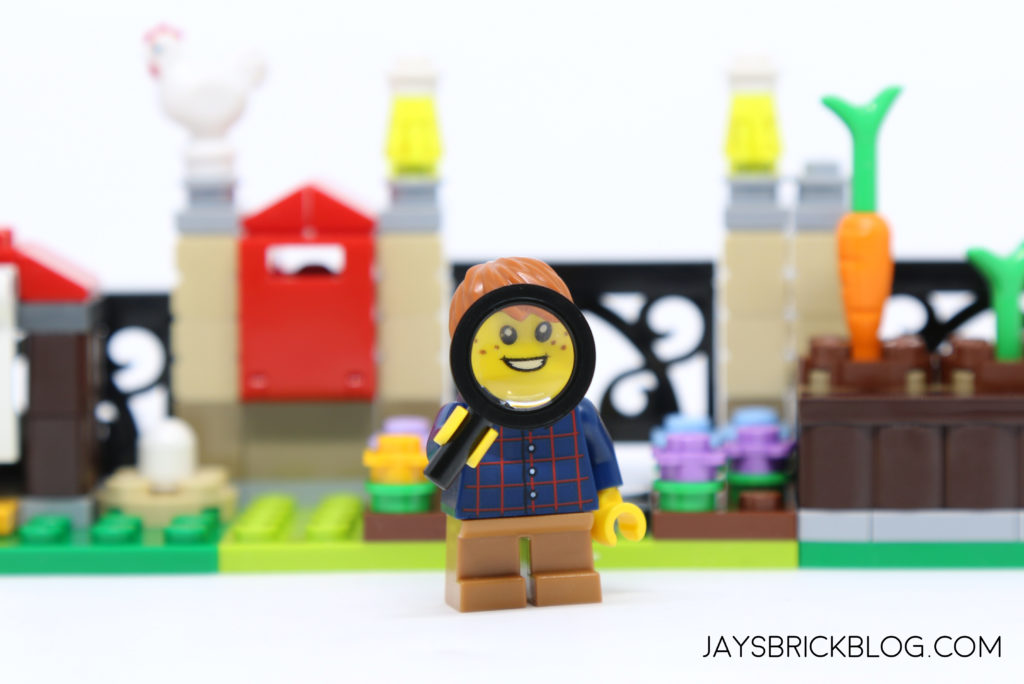 The kid also comes with a LEGO magnifying glass. I’ve always loved how these actually work! 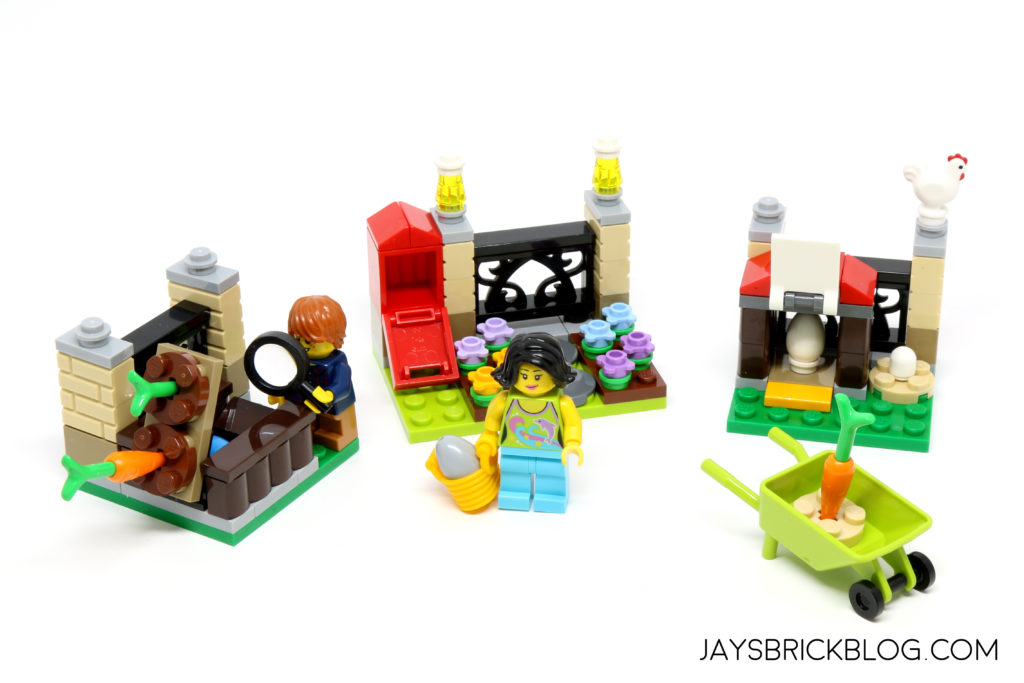 The Easter Egg Hunt set as a whole is actually a trio of little vignettes. I feel that it’s less cohesive compared to the Valentine’s Set, and I would’ve much preferred a larger and more unified build.

The premise of the set is for the kid to locate 3 Easter Eggs hidden in all three scenes. 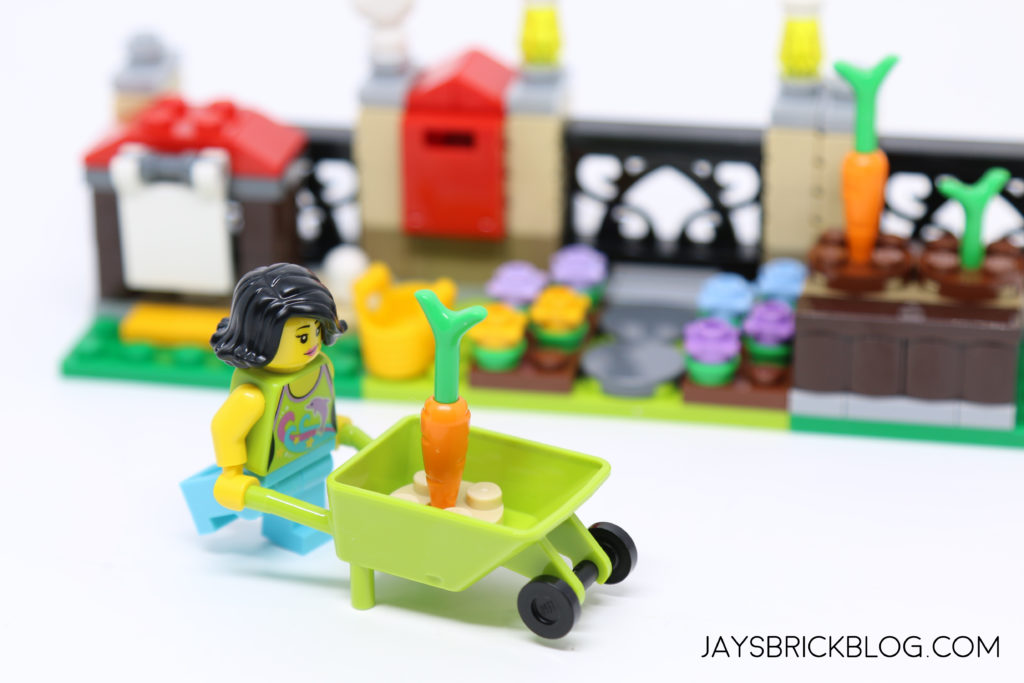 The set comes with a lime green wheelbarrow which contains some dirt with a carrot growing out of it. It’s quite safe to assume that the lady is a bit of a keen gardener. 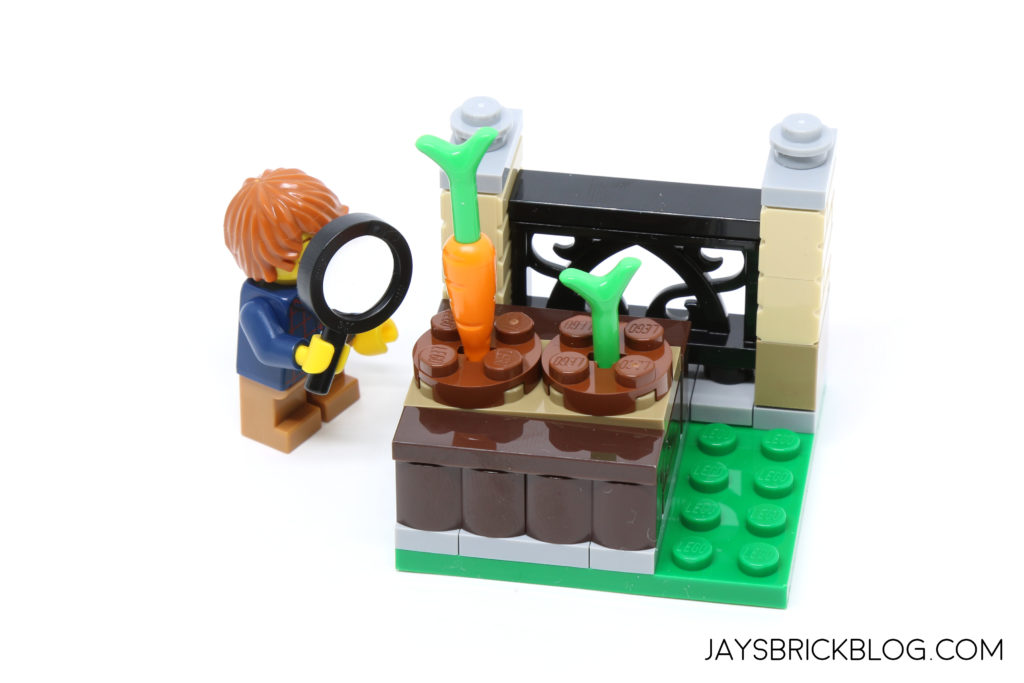 The first mini-vignette is a small vegetable patch which has some carrots growing in a planter box.

The planter box contains a hidden compartment – upon opening it you’ll find the first Easter Egg which is blue in clour! 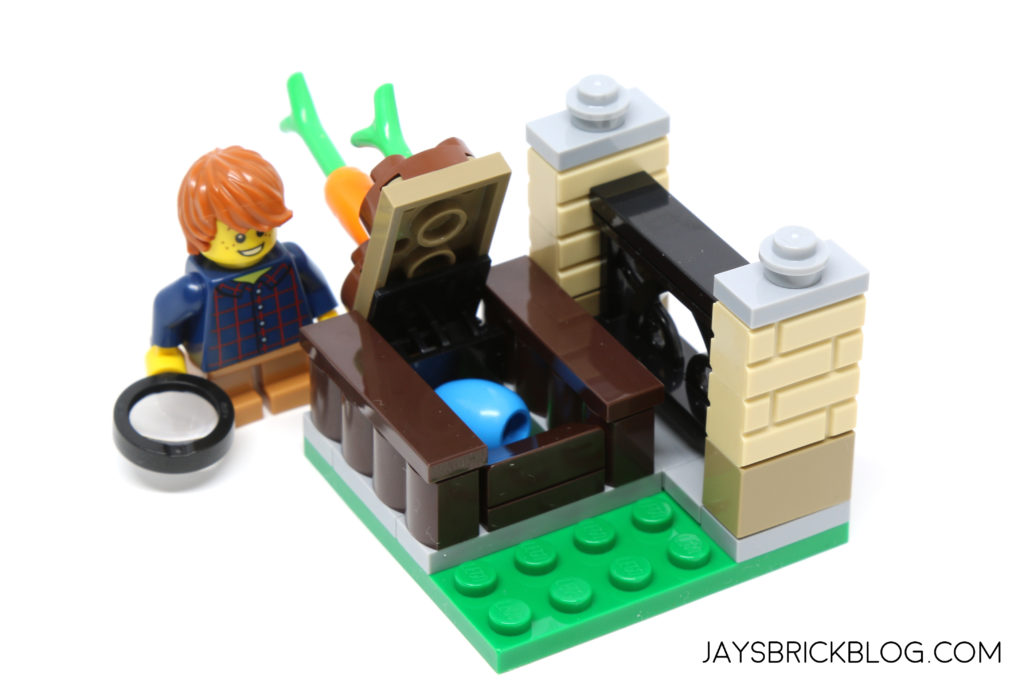 While it’s a small build, I thought the hidden compartment mechanism was very well executed. 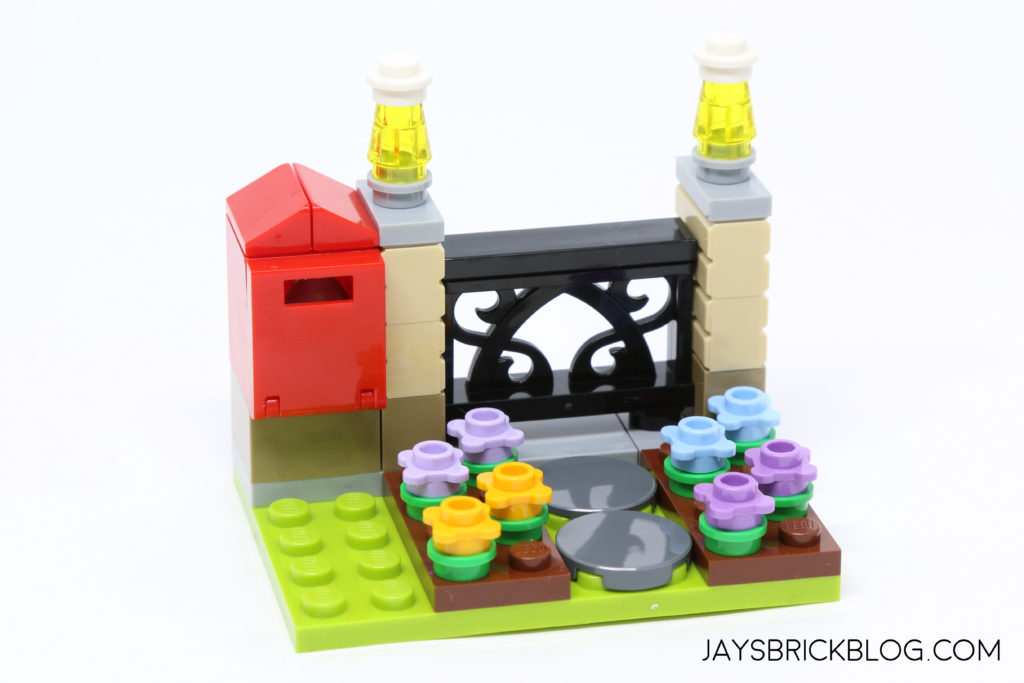 The second mini vignette is a small flower garden, which has small pathway running through the flower beds. 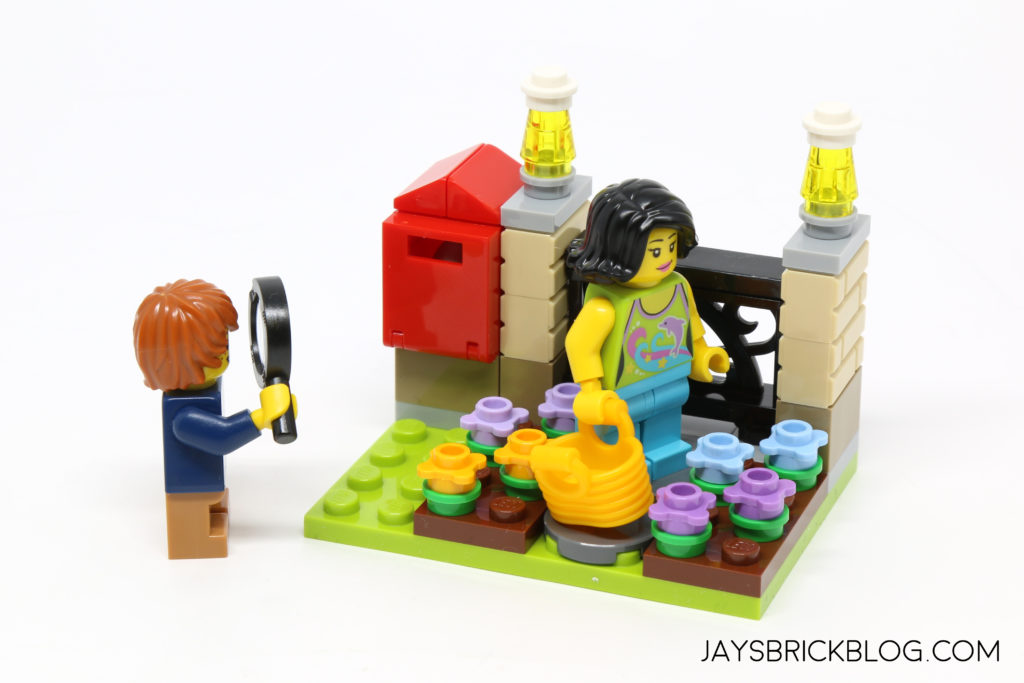 Where could the Easter Egg be hidden here?

Pop open the letter box to reveal the second Easter Egg, a grey one! 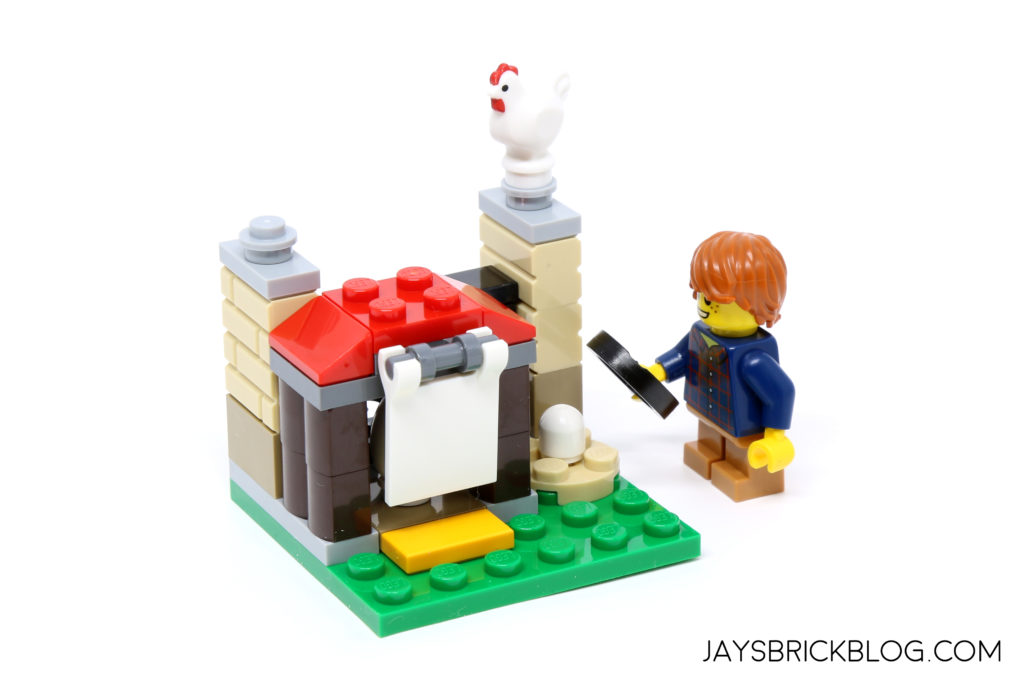 The third mini-vignette is a hen house, complete with a white chicken, and a small nest with an egg inside. Where could the egg be here?

Here we go! Cunningly hidden under a white flap! 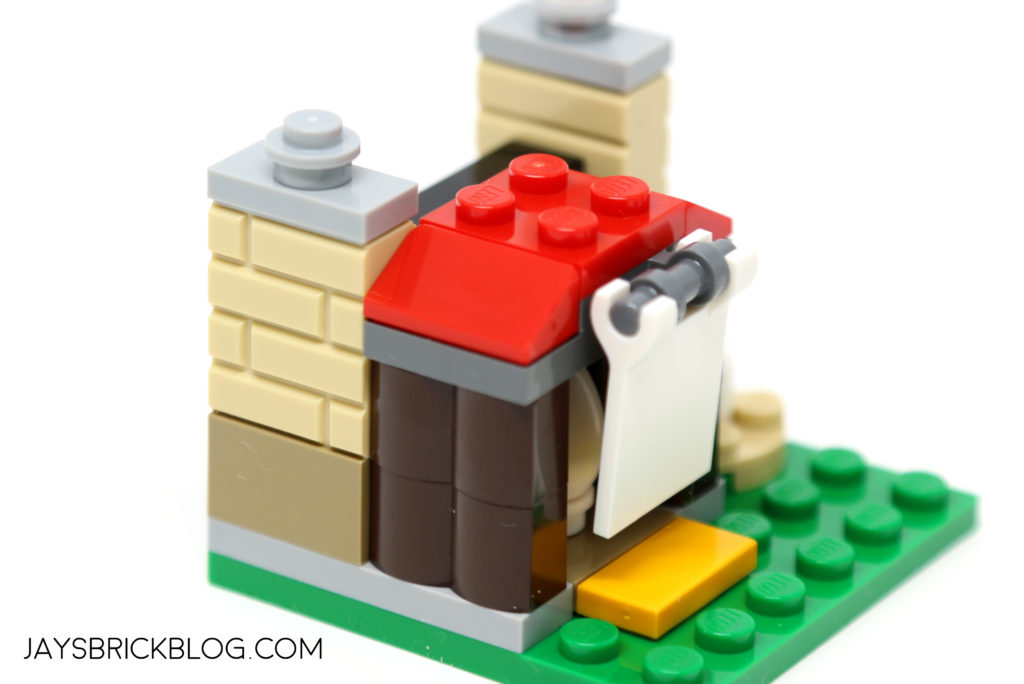 While the set might seem pretty basic, it does come with some very desirable parts such as a healthy amount of new Tan-coloured masonry bricks you see above, the grey and blue eggs which were only available in Angry Birds sets, as well as the black leaf-patterned fences. 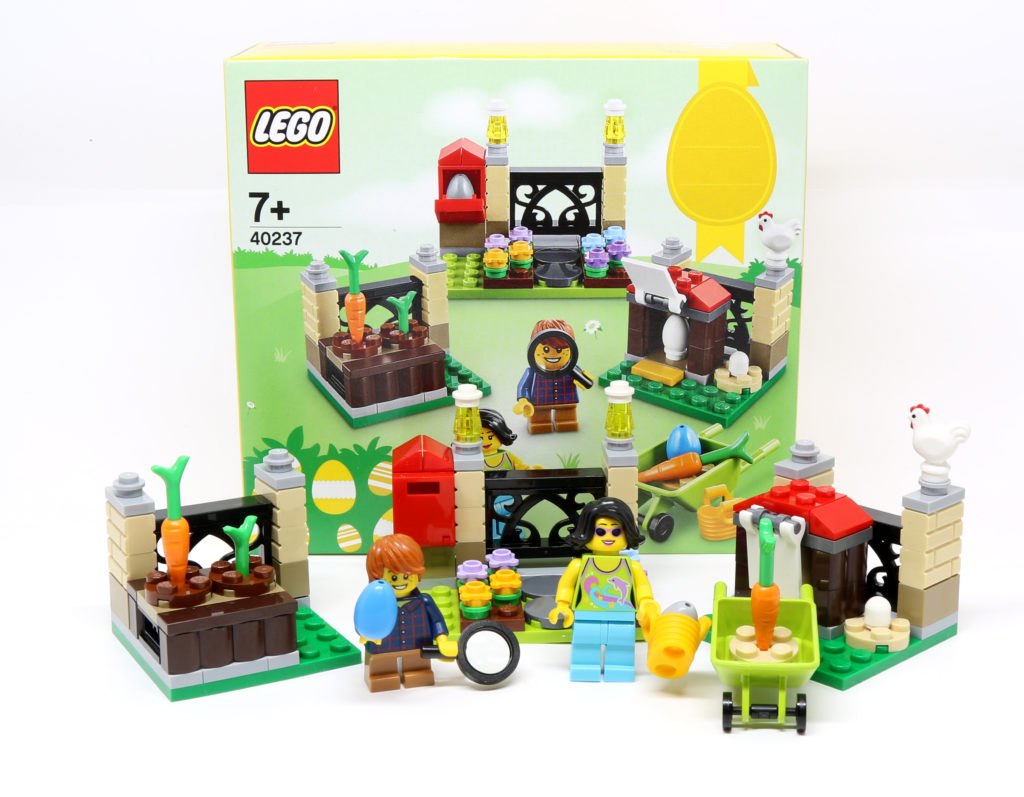 Final thoughts: To be honest, I was a little disappointed by the Easter Egg Hunt set. I probably shouldn’t compare it to its predecessor, Romantic Valentine Picnic but it’s hard not to.

Thematically, 40237 Easter Egg Hunt is very clever. I really love how the designers incorporated a mini-game of having minifigures find hidden eggs across the vignettes very charming and it definitely nails the whole Easter Egg vibe.

I didn’t quite like the overall build. Because it’s 3 smaller vignettes combined, the model does look a little disjointed & messy as there isn’t a cohesive way to bind all three scenes together in a way that’s visually pleasing.

The builds while simple, are charming in their own rights, and I do like the variety of different settings, with the veggie patch being my favourite of them all.

For an adult collector like me who is into displaying sets, Easter Egg Hunt just doesn’t hit the right notes for me. I still hold the 2015 Seasonal Easter Set in very high regard and the best Easter set yet.

I do think that this set is much better positioned to be enjoyed by younger kids – building all three vignettes does create quite a sense of achievement after each one is done, and the Easter Egg Hunt element is of course very well executed.

At least this makes for a very cool parts pack! 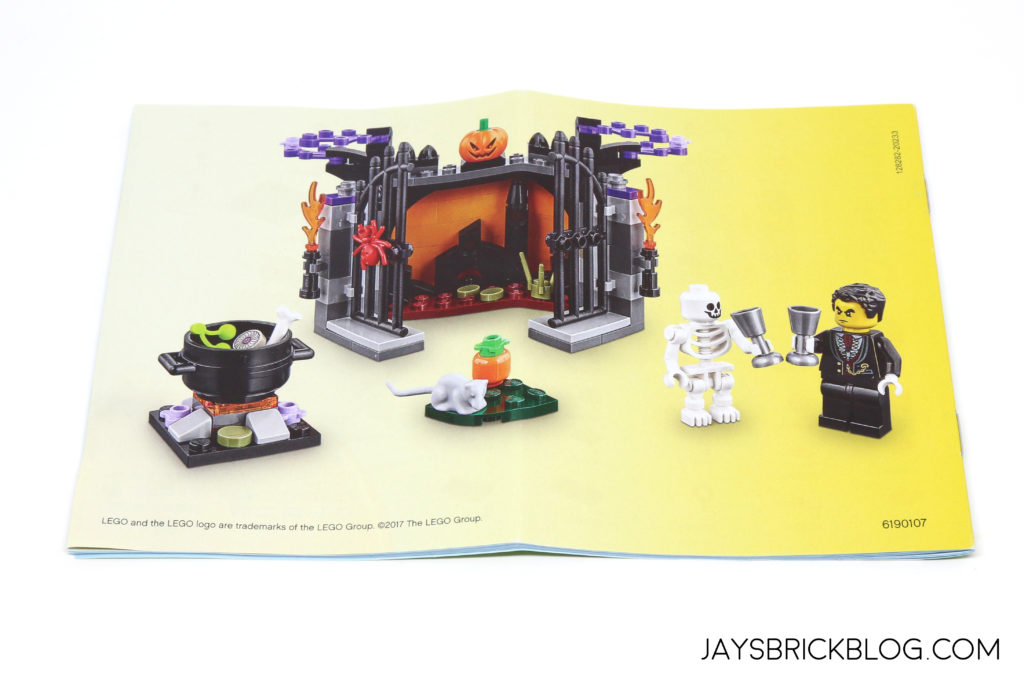 Oh, last but not least, we’re also treated to a teaser of this year’s Halloween seasonal set at the back of the instruction manual!

Thanks for reading! If you’ve built this set, I’d love to know what you thought of it in the comments section.

If you’d like to win a copy of 40237 Easter Egg Hunt, don’t forget that you still have time to join my Easter LEGO Giveaway, which is running in tandem with LEGO’s own competition. Check out the #LEGOEaster post for more details! You still have 3 days left to join!

Can’t wait for the Easter Holidays!