One of the greatest joys in life is receiving packages in the mail. I was pretty stoked when Just Brick It, a brand new book aimed at Adult Fans of LEGO (AFOLs) arrived at my reception at work.

Just Brick It is published by Hardie Grant, a Melbourne-based outfit and authored by David Scarfe. You can buy it online from Readings or the ABC Online shop. I believe the RRP is $29.95.

UPDATE: Announcing the winner of the Just Brick It giveaway…. Congratulations to Jake G. and Isabella! You’ve won 1 copy of Just Brick It! Thanks to everyone who joined in the giveaway – I really enjoyed reading about your LEGO projects! 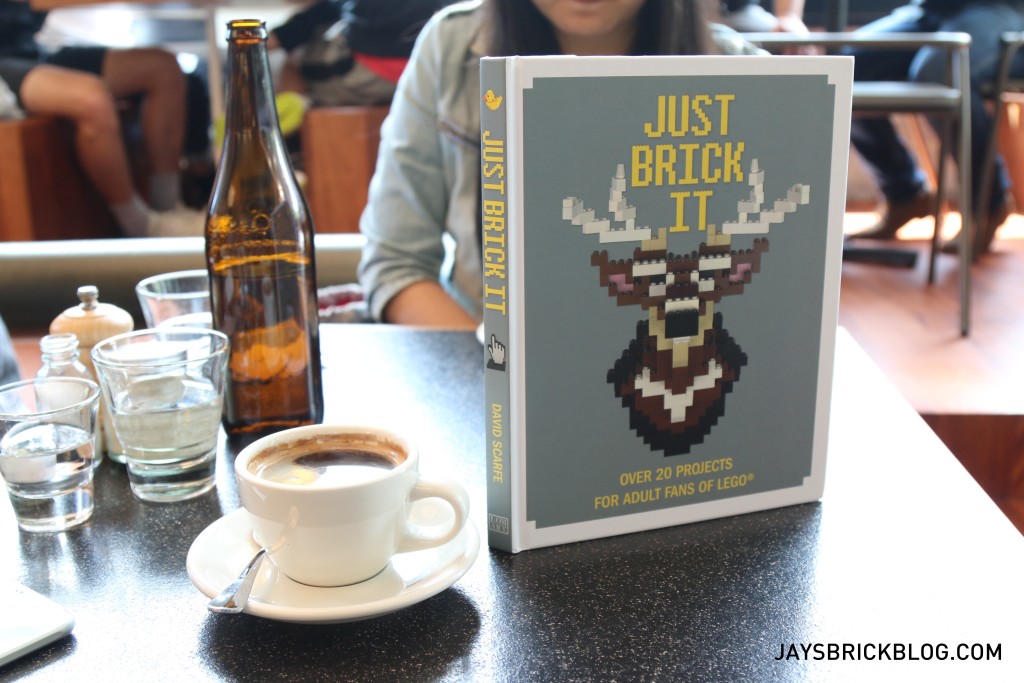 The premise of the book is pretty simple – the book contains over 20 LEGO projects for AFOLs, ranging from geeky builds to artsy looking pieces that build a really strong case for LEGO as an artistic medium. 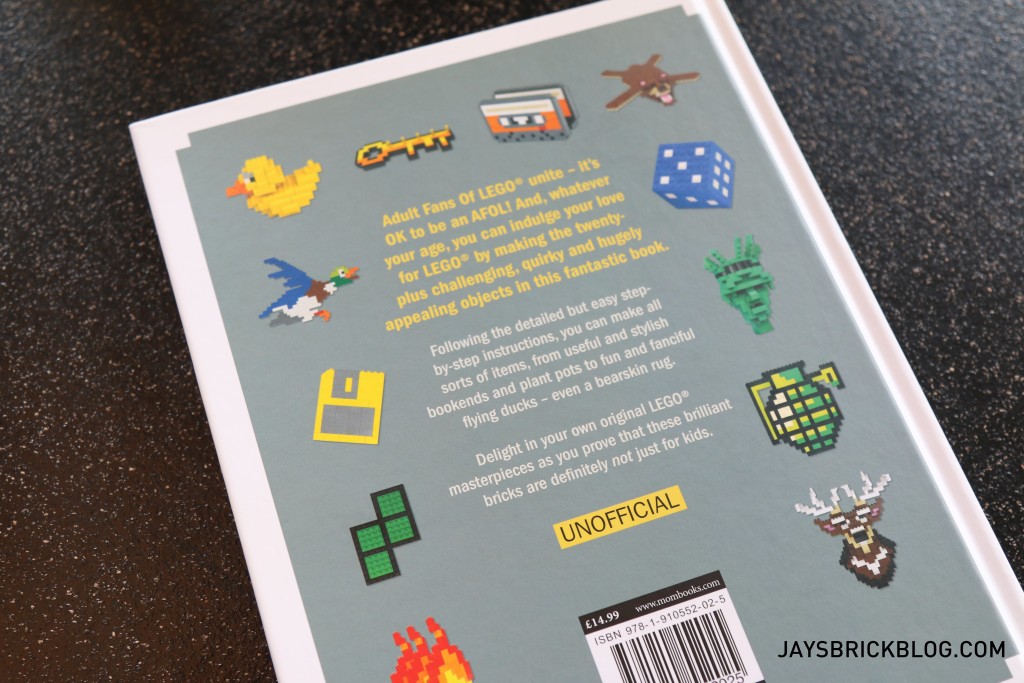 Here’s a look at the back of the book with pictures of some of the projects and models. Do note that this is an unofficial LEGO book. 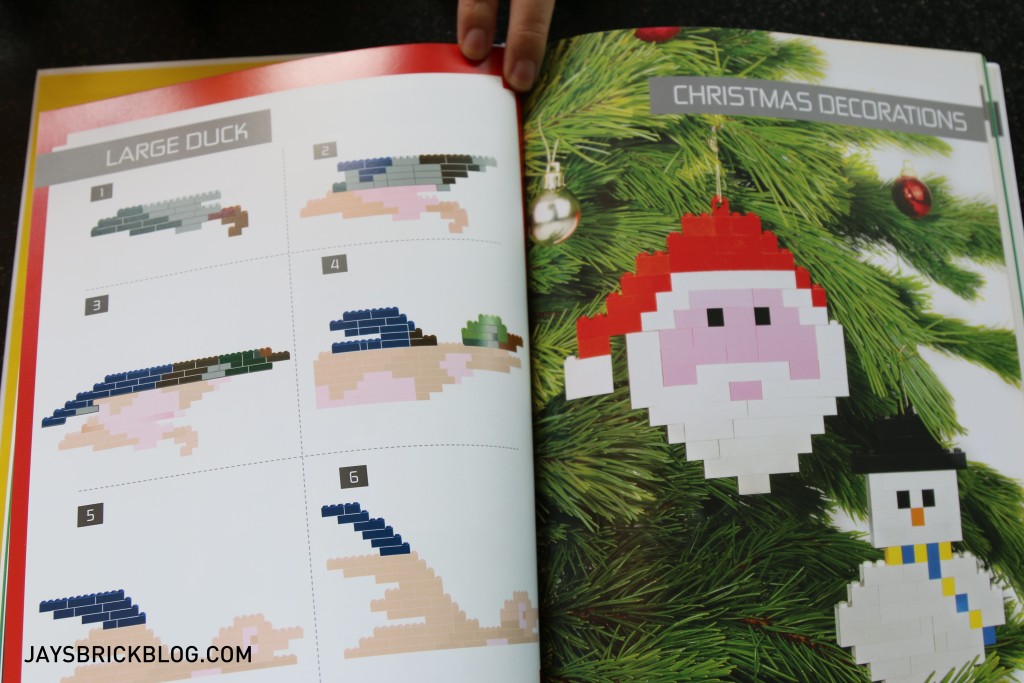 The format should be familiar to LEGO enthusiasts – you’re given a checklist of pieces used in a model, some instructions and off you go creating all sorts of wonderful models out of LEGO. From cute little Christmas decorations to ducks, Just Brick It has a bit of everything for LEGO fans.

When the book first showed up at work, I immediately showed it off to my colleagues. Unlike regular LEGO sets which unfortunately have a very prepubescent and childish vibe to them, the models and projects in Just Brick It were actually cool enough to make people go “wow, that actually looks pretty awesome”.

The Floppy Disk project immediately stood out for me and I made a mental note of building it as soon as I had time. It also helps that it was one of the easiest projects and one that I was pretty sure I had all the parts on hand. 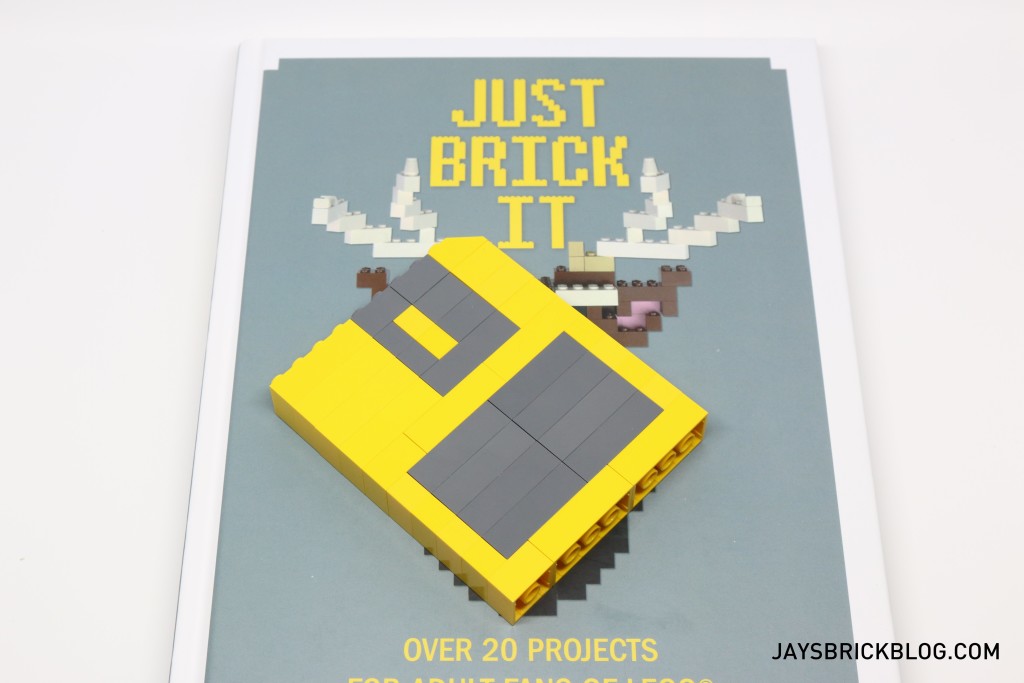 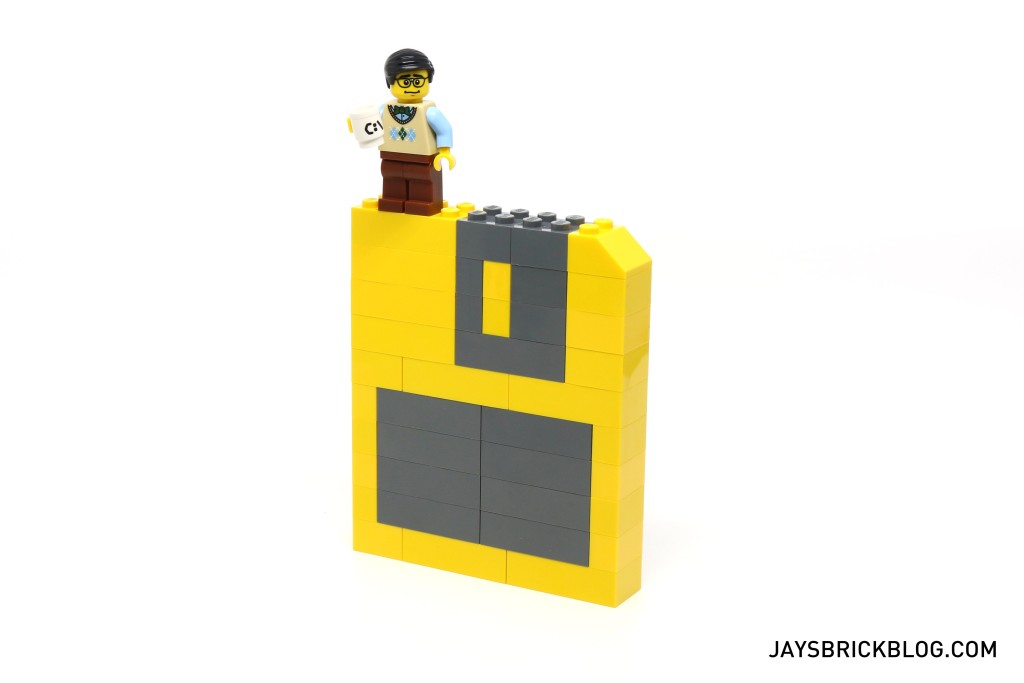 The instructions were fairly easy to follow and I put this together in less than 5 minutes. It’s a really simple build, but one that I would never have thought of building with my bricks. 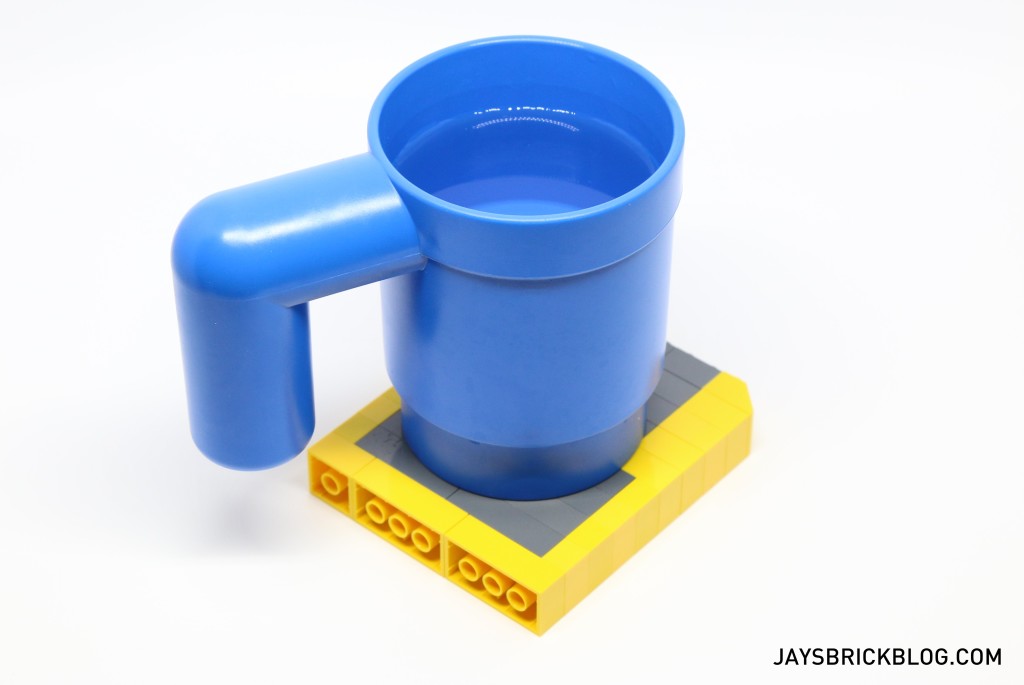 And yes, it does its job pretty well as a coaster. The Floppy Disks are pretty cool looking and will definitely impress your guests. You’re only really limited by how many bricks you can rustle up to make as many coasters as you want, in as many colours as you’d like.

While there were plenty of awesome projects contained in the book, the only flaw that this book has is that most of the builds require a large amount of bricks to construct the designs. I was quite bummed that I couldn’t build a lot of projects in the book as I either didn’t have enough bricks or they were all the wrong colours.

The good thing is that most of the projects only require very basic bricks so if there was a really cool project you’d like to take on, it shouldn’t be too difficult to jump on Bricklink and order the bricks you need. There are some really cool builds that I’d love to have either for my desk at work or home – but I’ll have to wait for the bricks I ordered from Bricklink to arrive before I can construct them. 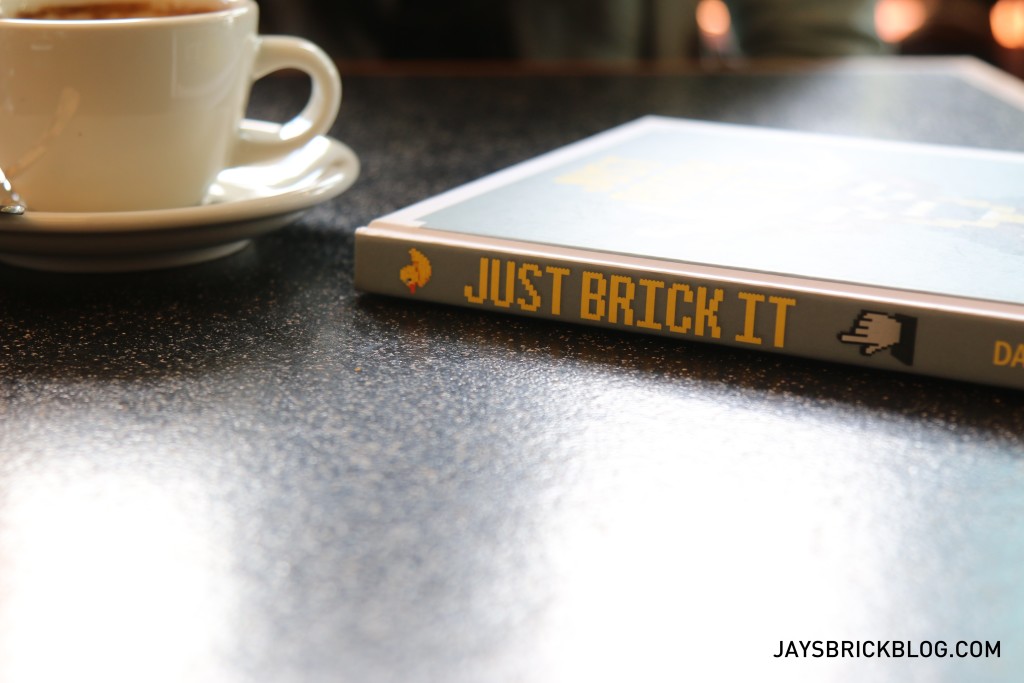 Final thoughts: Just Brick It was a very pleasant read and I thoroughly enjoyed flipping through the book to see all the cool projects that I could do if only I had enough bricks! I haven’t mentioned it but I also really loved how svelte the entire book feels – I’m a big fan of hardcover books and it feels really great in your hands. The book is also just the right size to carry around or read on the couch without it being too cumbersome.

The projects and models included in the book are incredibly well designed and conceptualised – I already have a handful that I’m trying to source the parts for right now. The projects are a great mix of geeky, pixel-type models that will surely appeal to adult LEGO fans who grew up on 8-bit graphics.

As books go, Just Brick It would make an excellent gift for both children and AFOLs. I know that the book is primarily geared towards adults but I do feel that the projects will be a great introduction to younger kids to teach them to think about building other non-set objects using LEGO.

With Christmas creeping in on us, if you have an AFOL on your shopping list who has nearly every LEGO-related item, this book might make for a great gift as it’s a little out of the ordinary but LEGO enough for him or her to appreciate. If you want to go a step further, you can always pick a model out of the book, order some bricks from Bricklink and gift them together – just so that the recipient can at least be guaranteed to be able to complete one project! 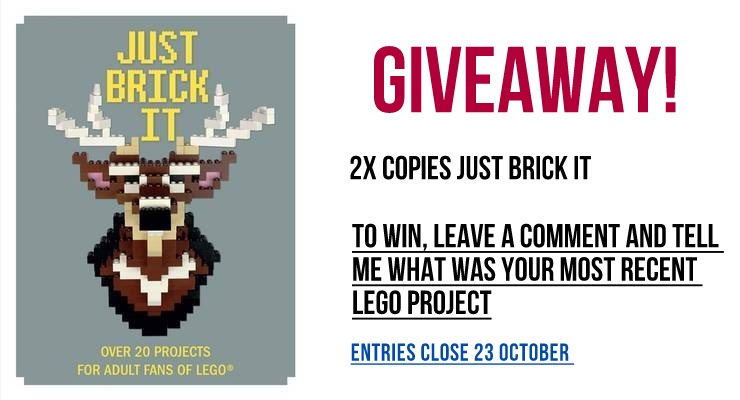 Thanks to the wonderful folks at Hardie Grant, I’ve got 2 copies of Just Brick It that you can win! To win, all you have to do is:

The winner will be selected randomly using random.org. Entries close at 11:59pm on Friday, 23 October and I’ll announce the winner the following week. Good luck!

Special thanks to Hardie Grant for providing me with a review copy of Just Brick It and 2 copies to giveaway. Be sure to follow them on Facebook and Twitter!

« Weekend Wrap I
Review: I Love That Minifigure Book »