One of the many downsides of being a LEGO fan in Australia is that we’re almost always forgotten when it comes to promotional polybags. Sure, LEGO.com will occasionally offer up free polybags but it’s still nowhere near what the Americans, Europeans and other Earthlings get.

The recent Toys ‘R’ Us exclusive, the Mini Hulk polybag is the latest one that will probably never show up Down Under. Super Heroes is one of my core themes that I collect so once again, I had to call in a favour from a family member in Malaysia to help me get my hands on 5003084 The Hulk, which was available via a short promotion at TRU stores.

Here’s a quick review to cap off the week! 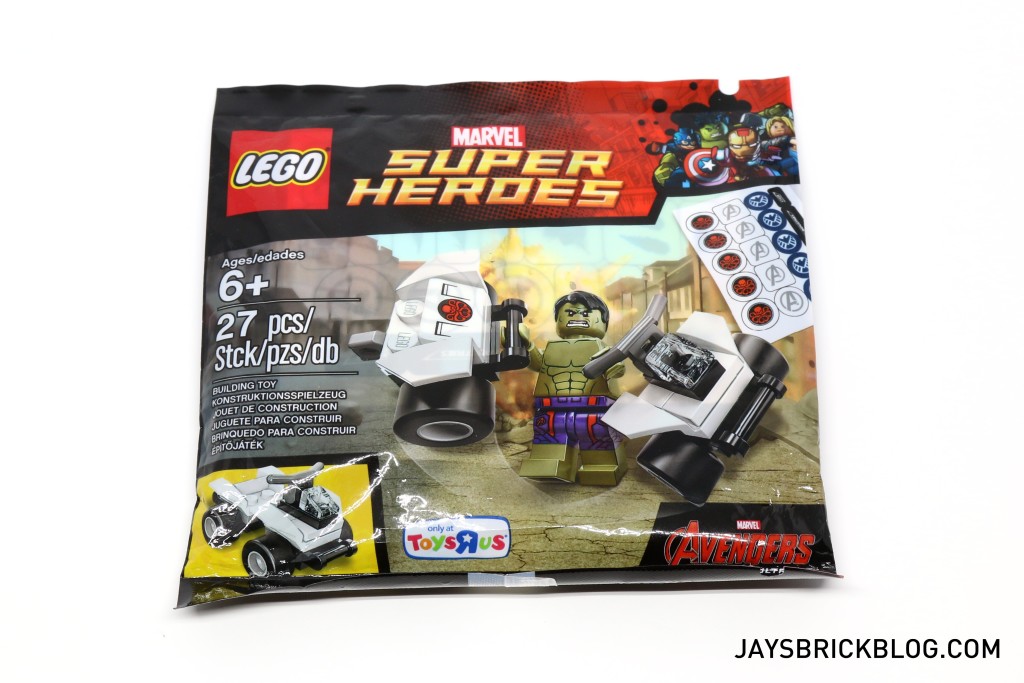 5003084 The Hulk is a promotional polybag that sits within this year’s Age of Ultron theme, featuring a minifigure-scale version of everyone’s favourite big, green, angry superhero.

This is the second minifigure-sized Hulk after 2012’s polybag – with this one updated to look like the new Hulk bigfig from this year’s Hulk Buster Smash and Hydra Fortress Smash set which has an earthier green skin tone and snazzier looking pants. 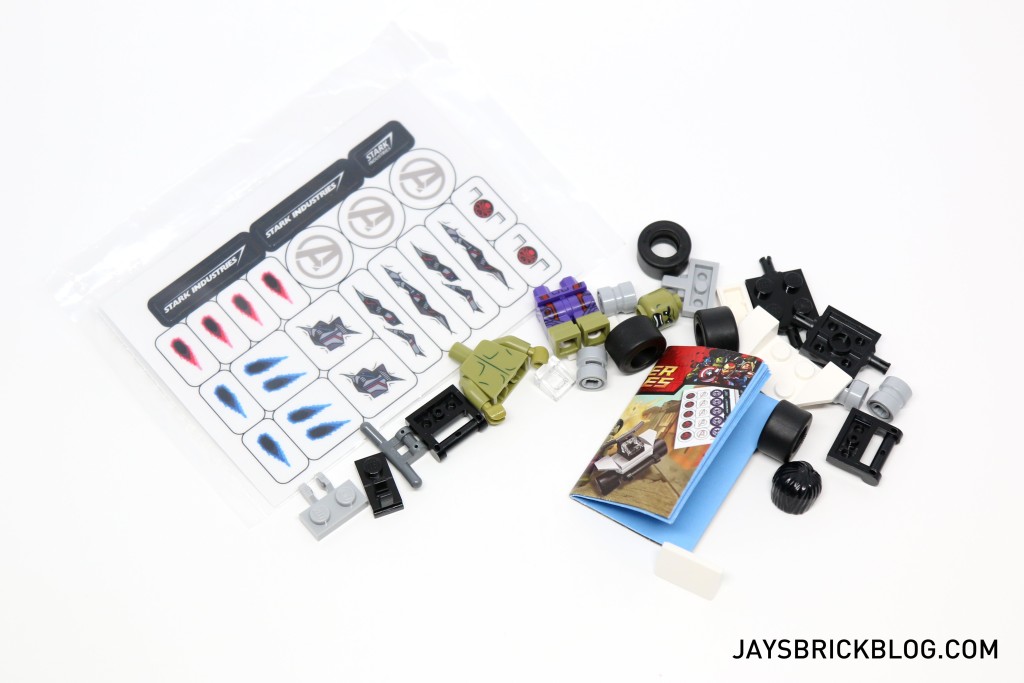 Here are the contents of the polybag – a bunch of parts, a tiny instruction manual and a sticker sheet. 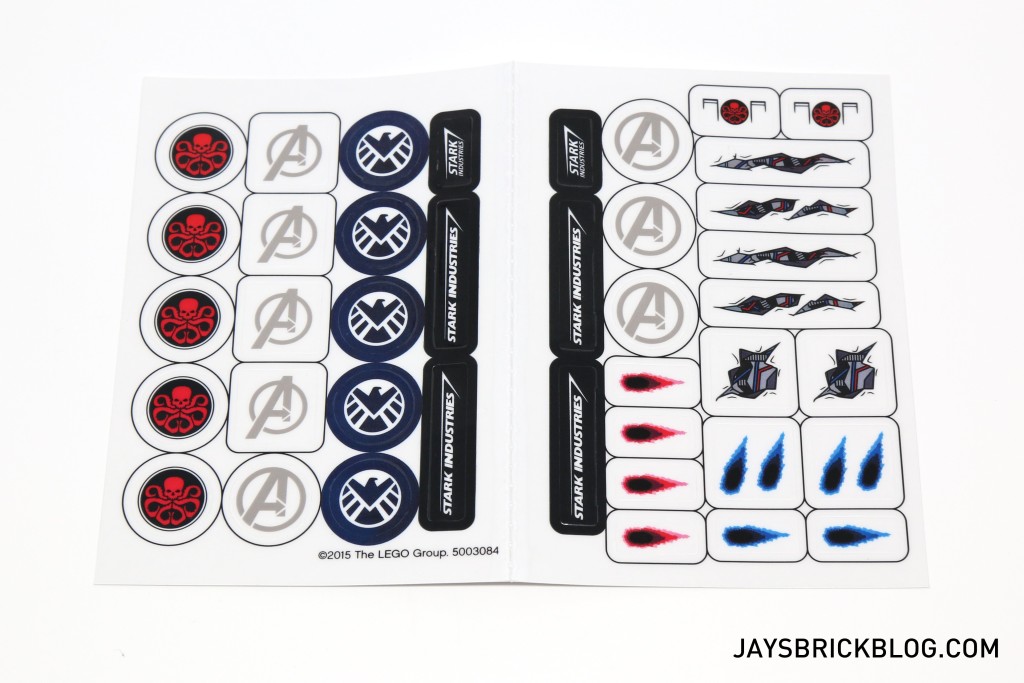 The sticker sheet is pretty fascinating, with a ton of stickers with Hydra, Shield, Avengers, Stark Industries and even battle-damage details. The stickers are a little thicker than usual and are really useful if you plan on creating Avengers or SHIELD-themed MOCs. 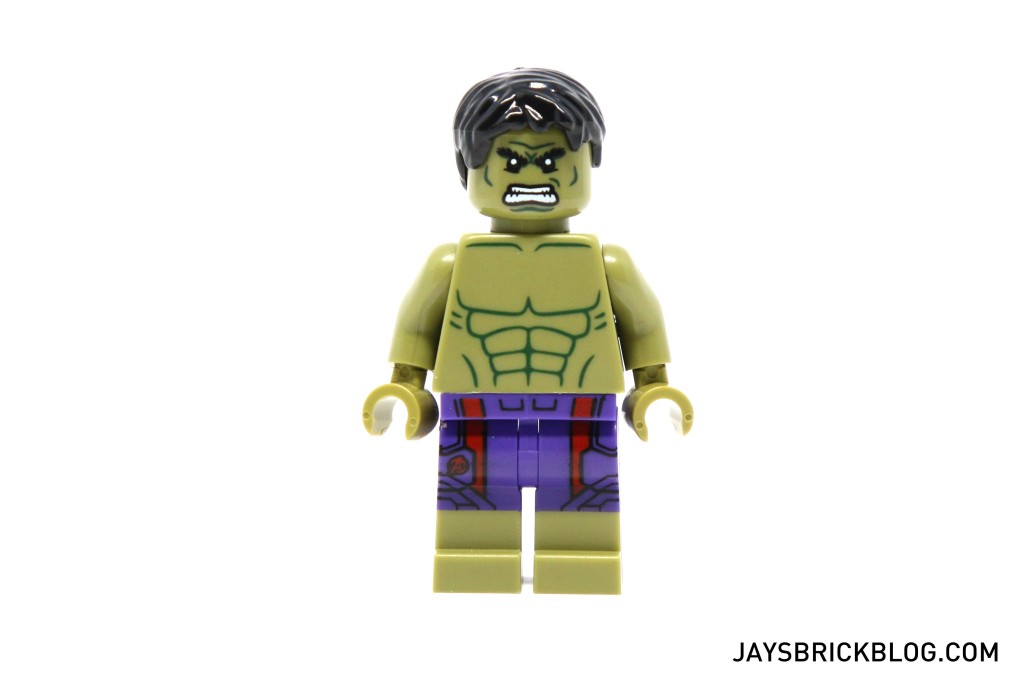 Here is the Hulk minifigure. Being minifigure-sized is a fantastic novelty and charm – the tiny Hulk looks incredibly cute. There’s nothing to complain about the printing, everything is sharp and vivid as it should be. His pants have the same design as the Hulk bigfig, which is a nice bit of continuity. 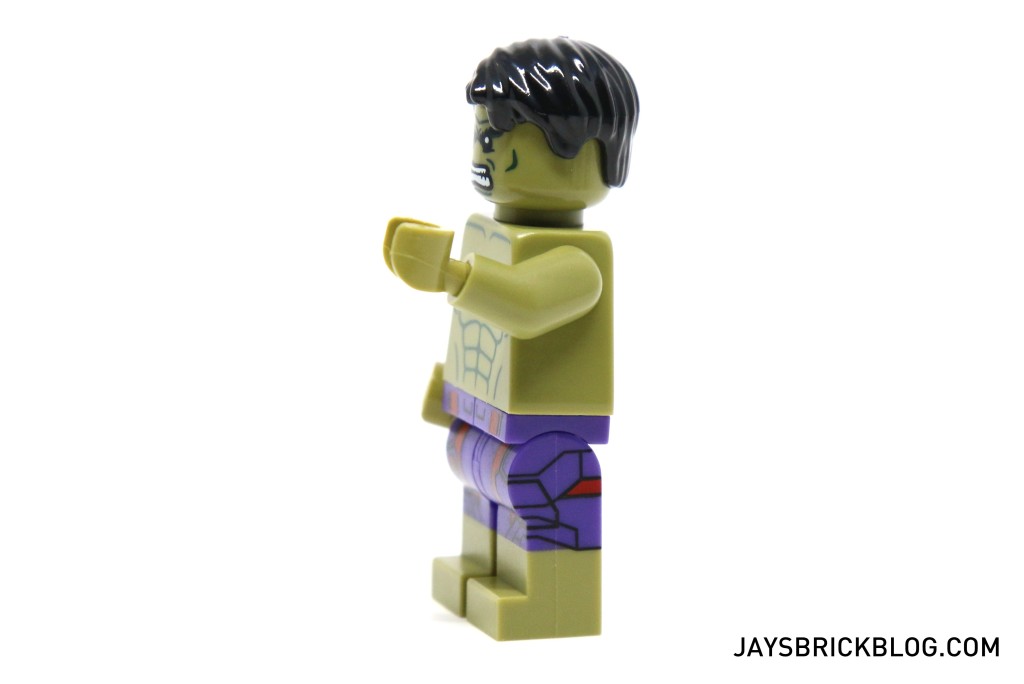 Really nice to see that his leg printing extends to the side. 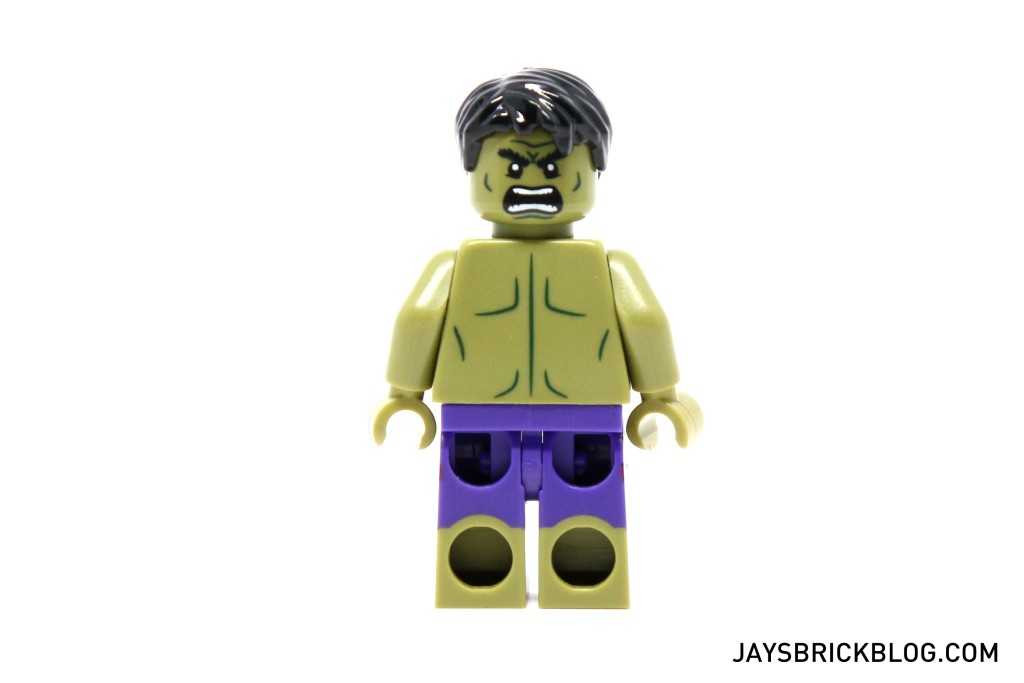 The Hulk’s back printing has some muscle definition – nothing too our of the ordinary but a nice inclusion anyway. He also has an alternate face which has an even angrier expression than his usual one. 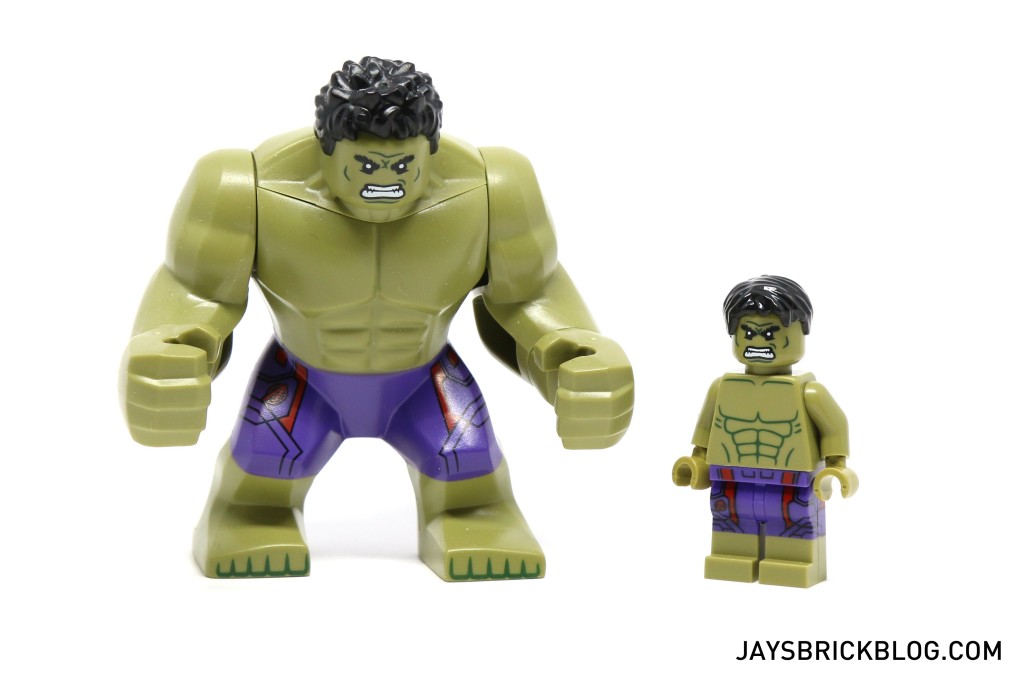 How does the Hulk compare to his bigfig version? Actually, quite well! Aside from their hairstyles, I am very impressed that they share so many similarities. If you look closely, you’ll notice that they have the exact same facial expression which I think is insanely cool. 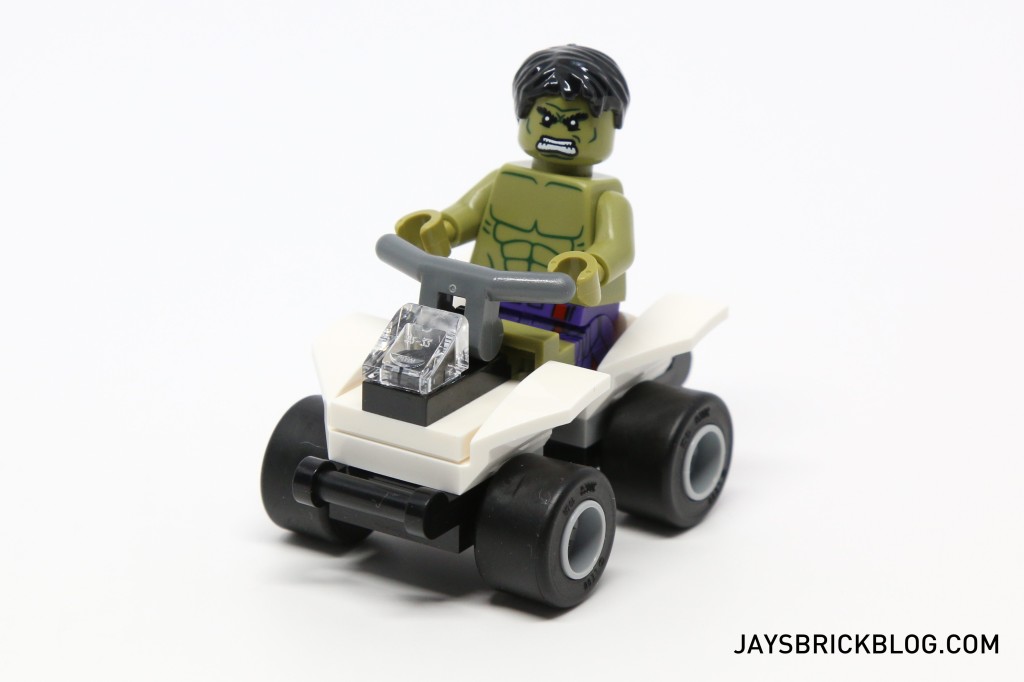 The polybag also comes with a little buggy for the Hulk to ride on. He looks so silly (and quite angry) riding his little toy buggy. 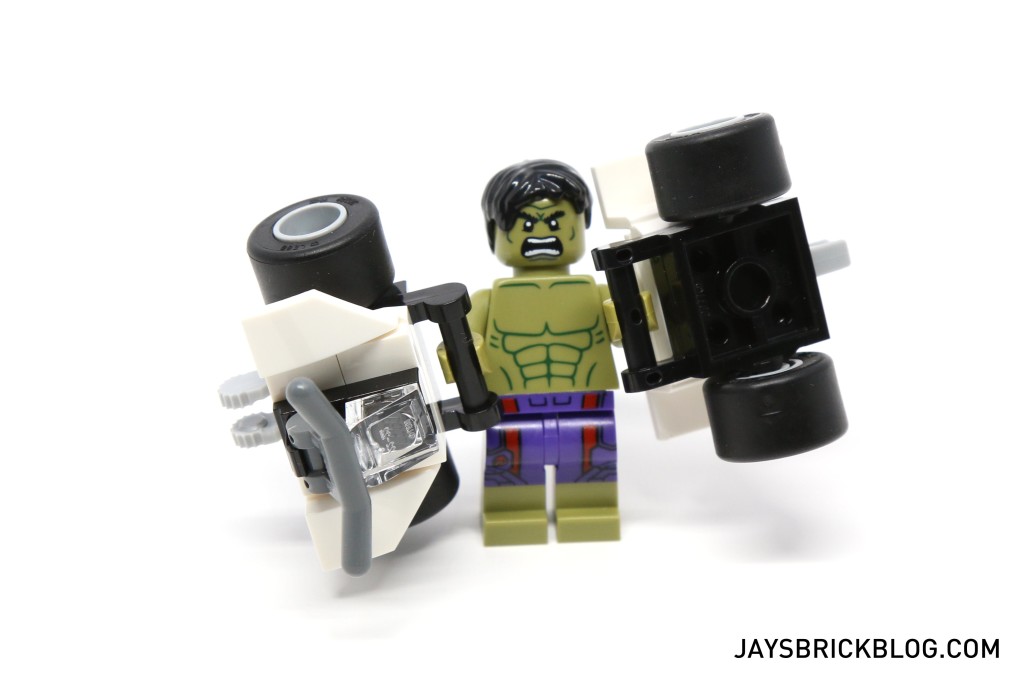 The buggy’s play feature is that it can be snapped apart by the Hulk. It’s simple but it fits the Hulk’s personality and anger management issues. 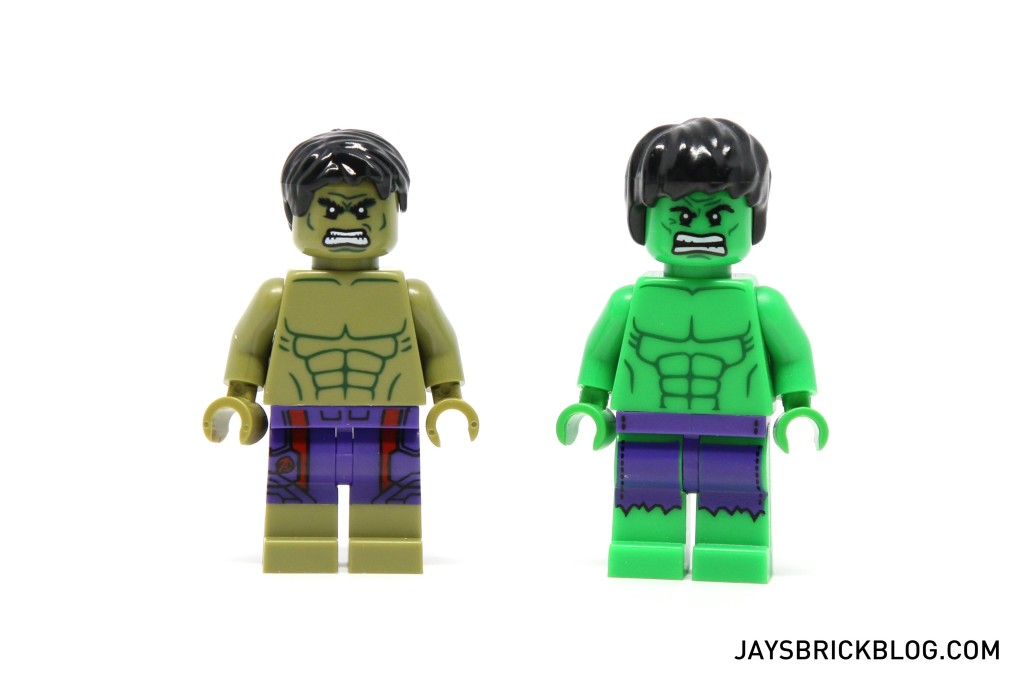 Lastly, here’s how the new Hulk minifigure compares against the 2012 version. I love them both equally!

Overall, I really like the new 2015 Hulk minifigure purely because of the playfulness and Chibi-vibe that it exudes. It’s extremely disappointing that it may never show up in Australia because I consider it an essential component of the Age of Ultron sets this year and an excellent addition to the collection of LEGO Super Heroes fans.

The minifigure is well designed and by far my favourite feature is the shared facial expression with his bigfig which is a subtle but cute little touch. This one is going up on display permanently amongst my other minifigures on my shelf.

Want to get one? Bricklink or eBay would be your best bets for now – although there’s always the off chance that we might eventually get it through proper channels.

Were you lucky enough to live in a country that ran the 2015 Hulk polybag promo and managed to get one? What do you think about it? Let me know in the comments!

Have a great week ahead!

For more, be sure to check out the Review Hub to read more Promotional Polybag reviews.