Last week, the long awaited Lego Batman The Movie: Super Heroes Unite DVD finally appeared on shelves across Australia. As an adult Lego fan, I had little interest in the movie but was after one thing: the exclusive Clark Kent minifig! 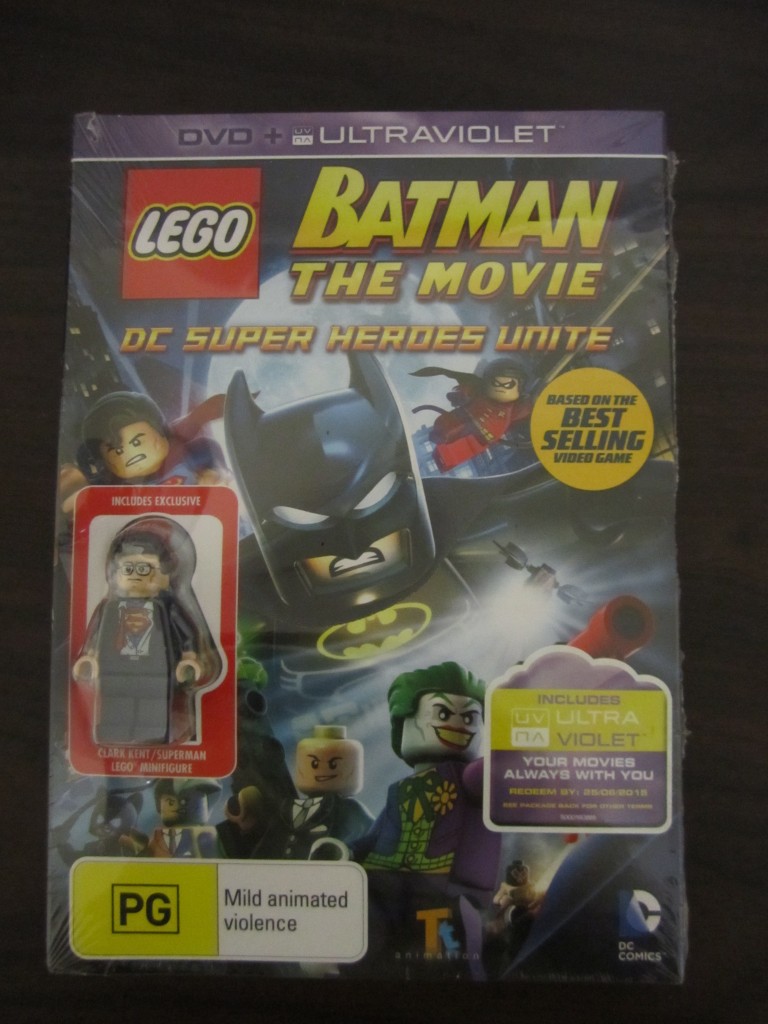 The DVD is available in pretty much everywhere that sells DVDs, from Target to Kmart to even your local Woolworths, but not every DVD comes with the exclusive Clark Kent minifig.

If you’re after the Clark Kent minifig, the special edition DVD is exclusive to Big W. I got mine last week for $15, which is pretty decent for a highly desired minifig plus a DVD. 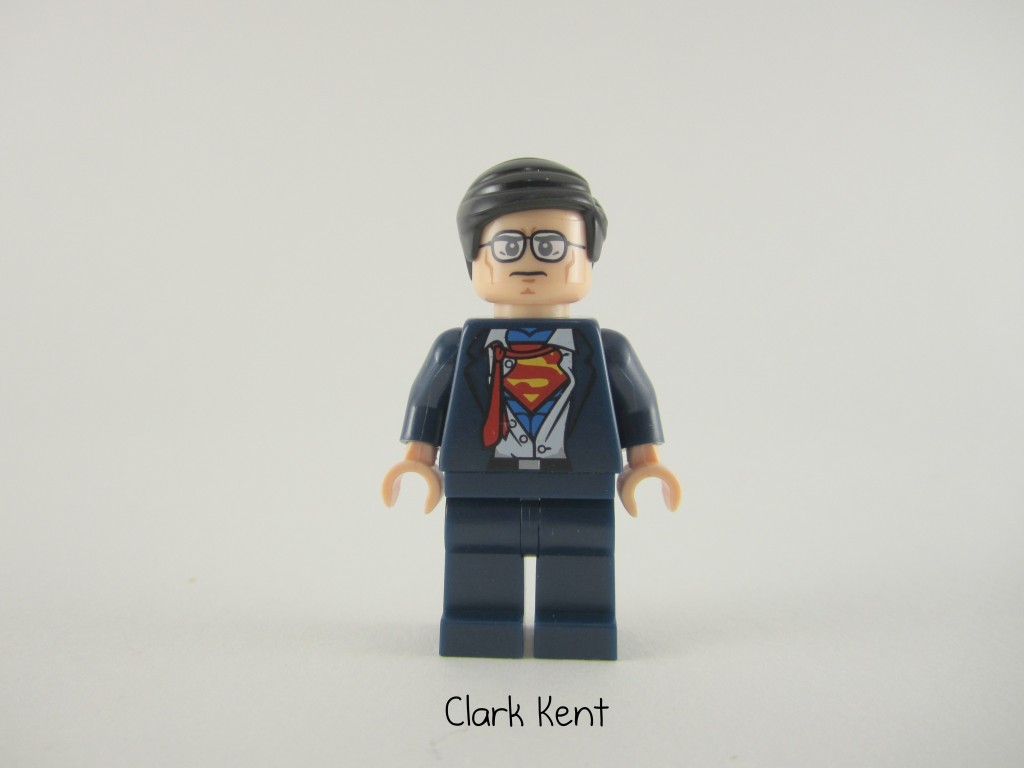 The Clark Kent minifig sees everyone’s favourite Kryptonian superhero in disguise as a reporter for Metropolis newspaper, the Daily Planet. Clark is dressed in a navy blue business suit but has his shirt buttons open, revealing Superman’s iconic red and yellow S shield underneath.

As he’s in his disguise, Clark has his understated combover hairstyle coupled with some spectacles to avoid anyone recognizing him as the Man of Steel. I’m a little disappointed that they didn’t have Clark’s signature thick rimmed glasses but it’s not that big a deal breaker. It’s to be noted that this Clark Kent is not based on the recent blockbuster movie Man of Steel, but is based on the conventional Superman from the comics. 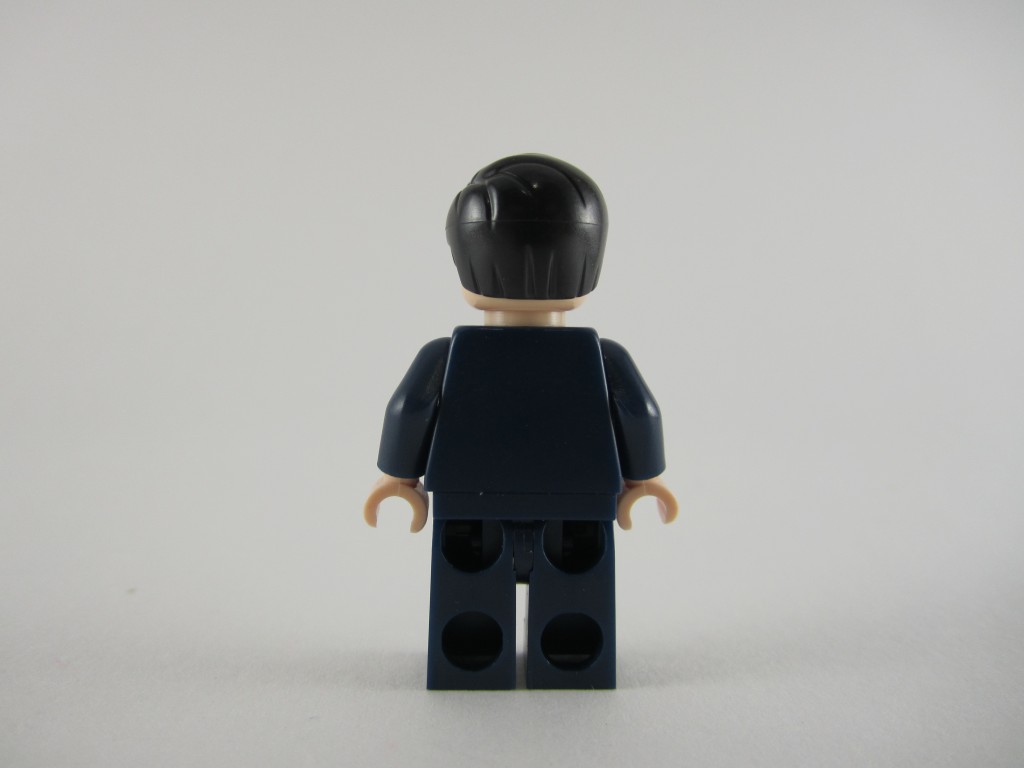 Unfortunately, there’s no back printing on Clark Kent. The overall minifig is really cool, as it fills the gap between civilian Clark Kent and Superman. If you’re a fan of Lego DC super heroes or Superman, this figure is a must-get. It looks fantastic on display and because it’s so exclusive, should retain it’s value down the line.

If you’re looking to get one, I recommend heading down to Big W as soon as possible, because I expect this minifig to be quite popular with the resurgent popularity of Superman thanks to Zack Snyder’s recent film.

The only real complaint I have is that Clark Kent is fabricated out of inferior Chinese Lego. You can tell immediately when you pick him up, because the minifigure is a lot lighter than usual, which is a huge disappointment. Another telling sign is the lack of the Lego words are embossed on the insides of his legs.

If you’ve been reading my blog for awhile, you’ll notice a recurring theme where I speak out against the inferior quality of made in China Lego. Allow me to explain. 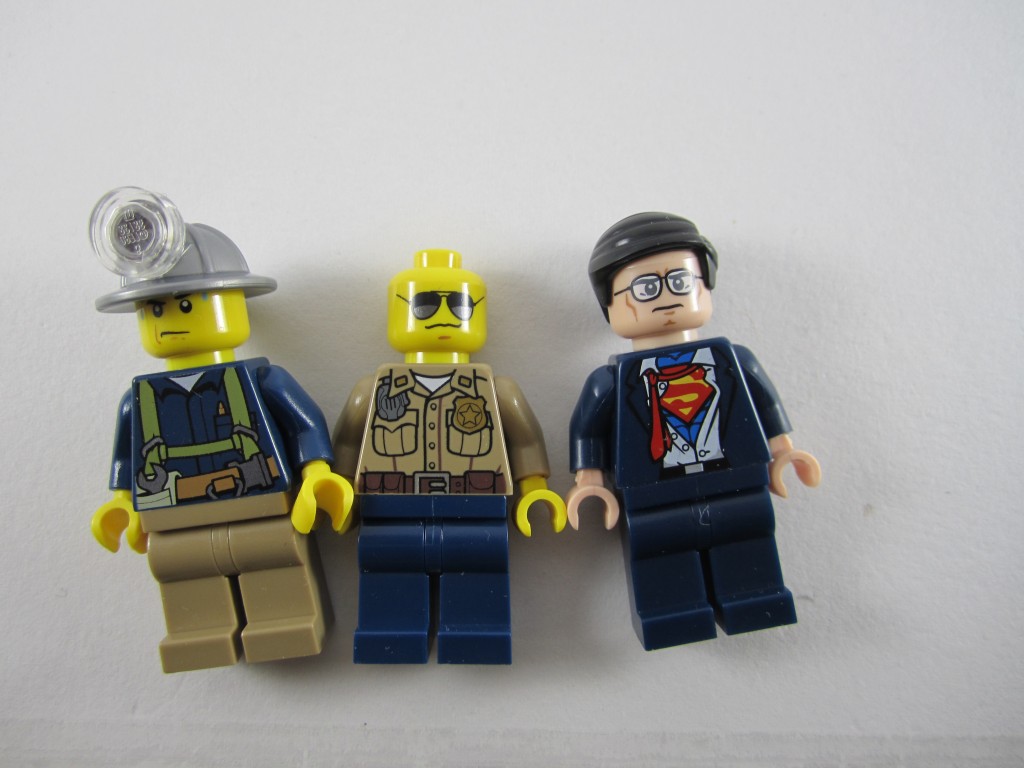 For my comparison I’ve selected regular minifigs in almost the same shade as Clark Kent. I’ve opted for a miner to use his torso and a policeman which almost has the same navy blue legs. 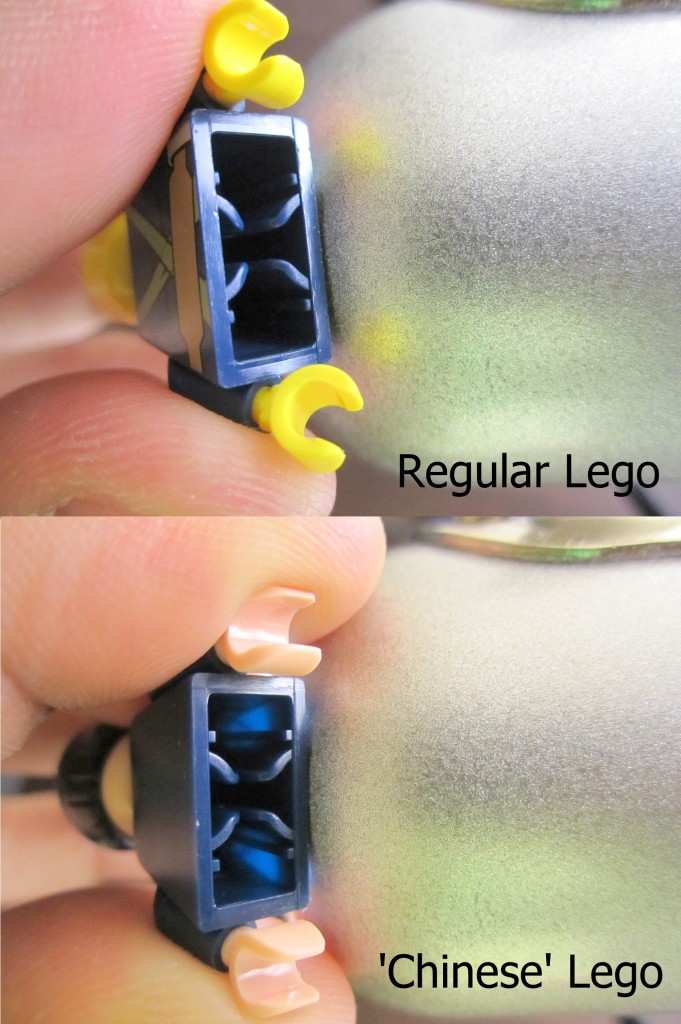 Here are two comparison pictures, comparing ‘regular’ Lego to the obviously inferior China made Lego. As you can clearly see, the ‘China made’ plastic is drastically more translucent when exposed to a very bright light, whereas regular quality Lego doesn’t allow light to penetrate it one bit.

Discerning Lego fans know that Lego has factories across the globe, located in Denmark, Mexico, Czech Republic, Hungary and China. Most of Lego’s plastic made in the first 4 locations have so far been consistent with the high quality ABS plastic that Lego has been renowned for, but China… China is a really sticky one.

The Chinese factory often produces parts and minifigs that are used in most Lego sets. For some bizarre reason, the plastic that is used is lighter and more translucent than Lego made in Lego’s other factories. The difference is pretty obvious, just compare minifigs from regular Lego sets and those you get from the Collectible Minifigure Series.

Most promotional minifigs, like this one are unfortunately made using inferior ‘Chinese’ plastic. For now, the regular boxed sets are exempt from these lower quality minifigs but China parts are starting to creep in. You can tell from accessories and parts that come in separate smaller plastic bags when opening sets.

Best thing to do is be vigilant, but in a lot of cases, it’s pretty hard to avoid China made Lego if you’re an ardent collector of minifigs, especially the promotional ones and those from the Collectible Series. 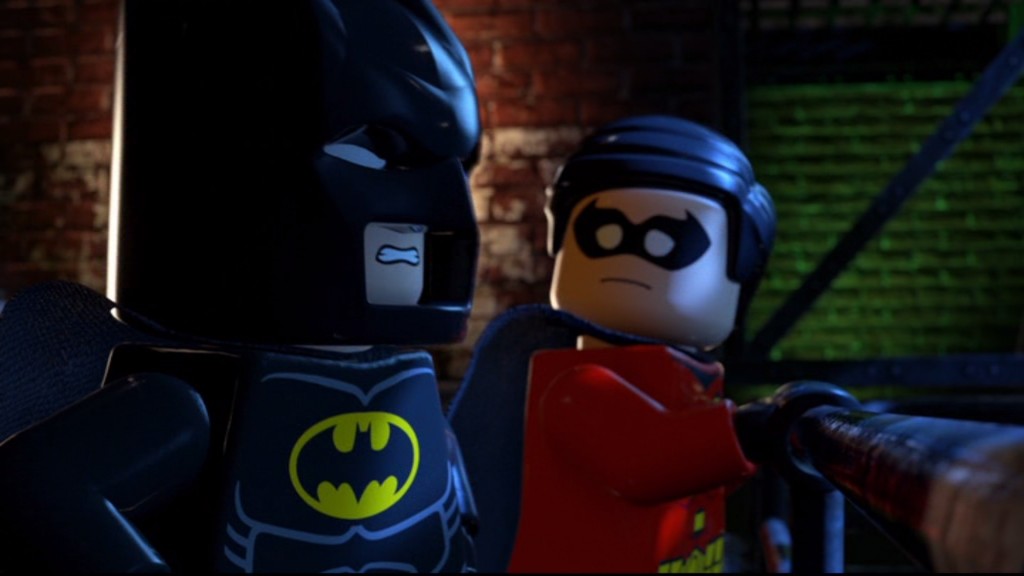 Apologies for digressing from the Lego Batman DVD! I actually took the time to watch the DVD and it was not too bad. From some cursory research, the movie is based on the Lego Batman 2 video game, with some cutscenes from the game making it into the movie.

The plot centers around Batman, aided with his trusty sidekick, a bumbling Robin as they put a stop to a plot by the Joker and Lex Luthor teaming up to take over America.

This is my first time watching a Lego movie and while it’s obviously targeted at children, it was a pretty enjoyable and fun romp. It was very nice seeing how the creators used elements from the Lego sets released in the DC Super Heroes theme for the movie. This screenshot above shows a breakout at Arkham Asylum/Prison with all the supervillains from Gotham.

Over the course of the film, Batman is forced to work together with Superman and the rest of the Justice League to take down Lex and the Joker. I like that they portrayed Batman as a grumpy loner alongside Robin who is a klutz and provides much of the comic relief of the show with his clumsy antics.

Overall, it’s a pretty enjoyable film that kids will no doubt love. Here’s hoping we’ll get some new sets with the Green Lantern, Flash, Cyborg and the Martian Manhunter soon, so we get our shot at assembling the Justice League.

If you’re an AFOL and are looking to buy the DVD for the Clark Kent minifig, I highly recommend gifting the DVD to any younger cousins, nieces or nephews as they’ll surely get a huge kick out of the movie.