One of the newer themes that I am particularly fond of is City’s new Arctic subtheme. You can learn more about what the entire theme is about in my What is…? LEGO City Arctic post which gives you an overview of what the theme is all about.

I have almost completed my City Arctic collection and have started building sets from it – the first of which is the second smallest (not counting the Accessory Pack) set in the theme – the Arctic Ice Crawler, which is the first set of the theme that I’ve decided to review. 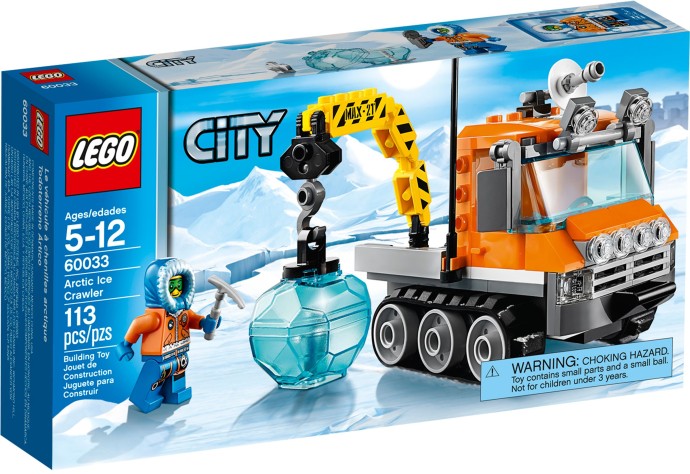 At $20, the Arctic Ice Crawler is a decent enough gateway set to get yourself acquainted with the new theme. It’s a basic yet charming little set that both young and old LEGO fans can appreciate.

Most City sets are based on regular vehicles and 60033 Arctic Ice Crawler is no exception –  you get a shiny new pick-up truck (in that gorgeous orange paint) modified for the punishing polar terrain. 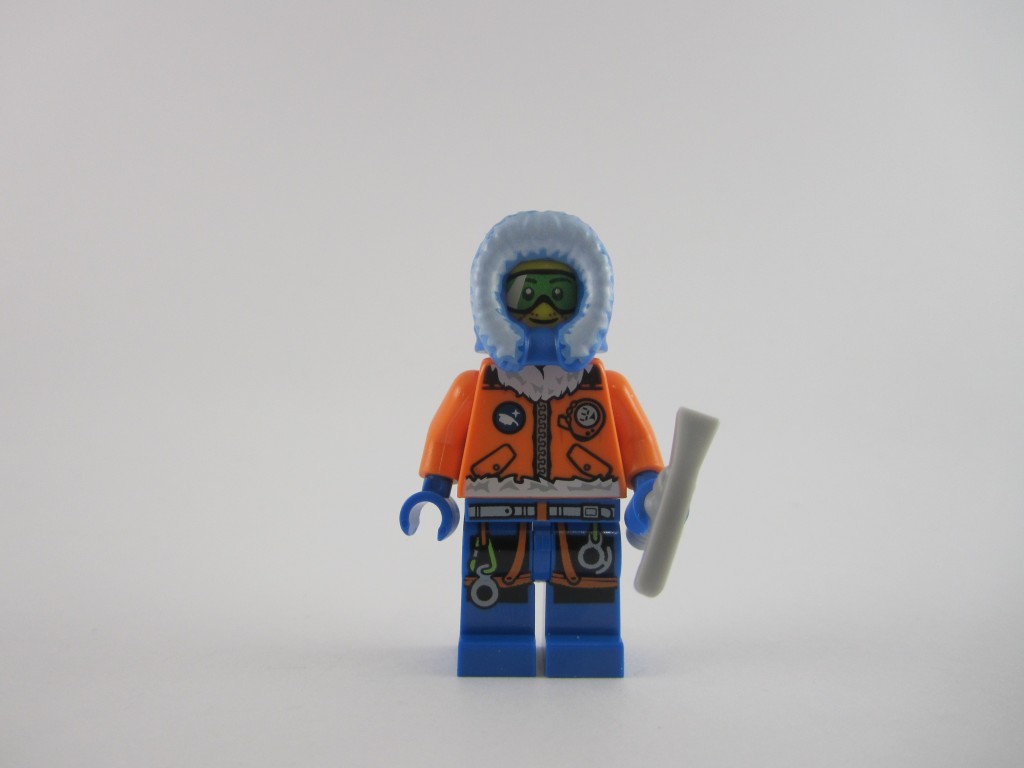 Included in the set is a lone minifigure, the research scientist who has also doubles as the Ice Crawler’s driver. As you would expect, he’s dressed to brave the harsh elements and subzero temperatures of the Arctic. He looks really warm and is attired in clothes that would not look out of place in frigid Melbourne.

His torso and legs pack a wealth of little details such as pockets, City Arctic logo, safety equipment such as carabiners as well as a scientific instrument attached to his chest. My best guess is that it’s some device to measure ice density or some sort of GPS unit. 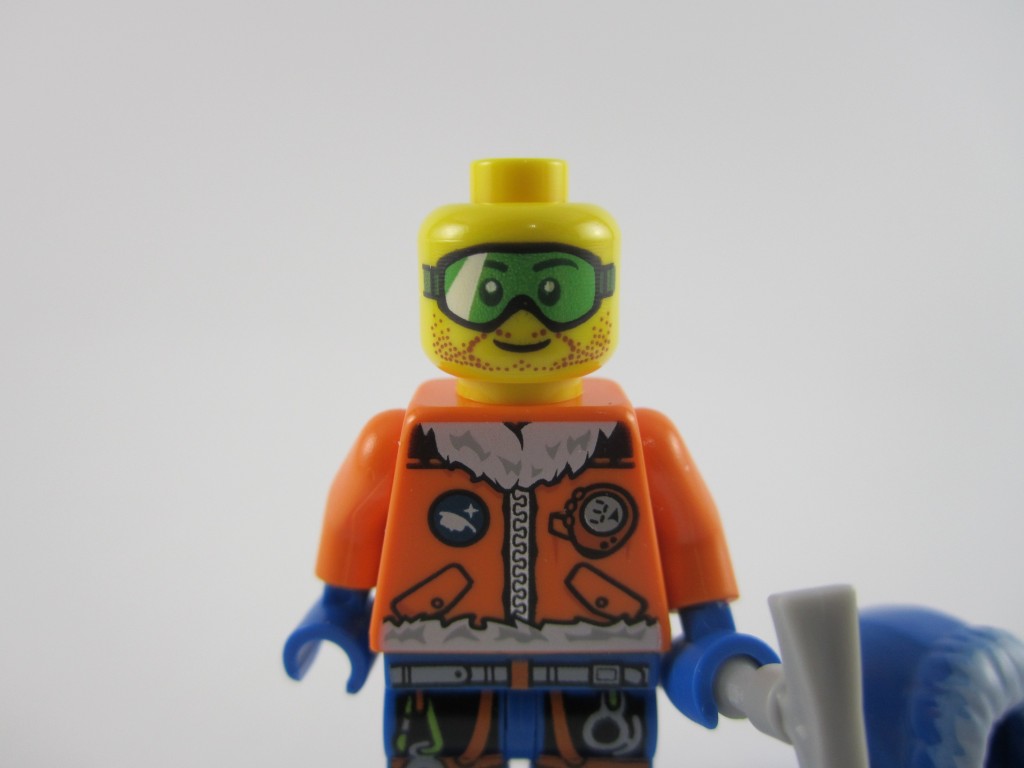 Removing his fur lined hood, you get a better look at his face, which has green goggles as well as a 5 o’ clock shadow – who has time to shave when you’re in the Arctic? 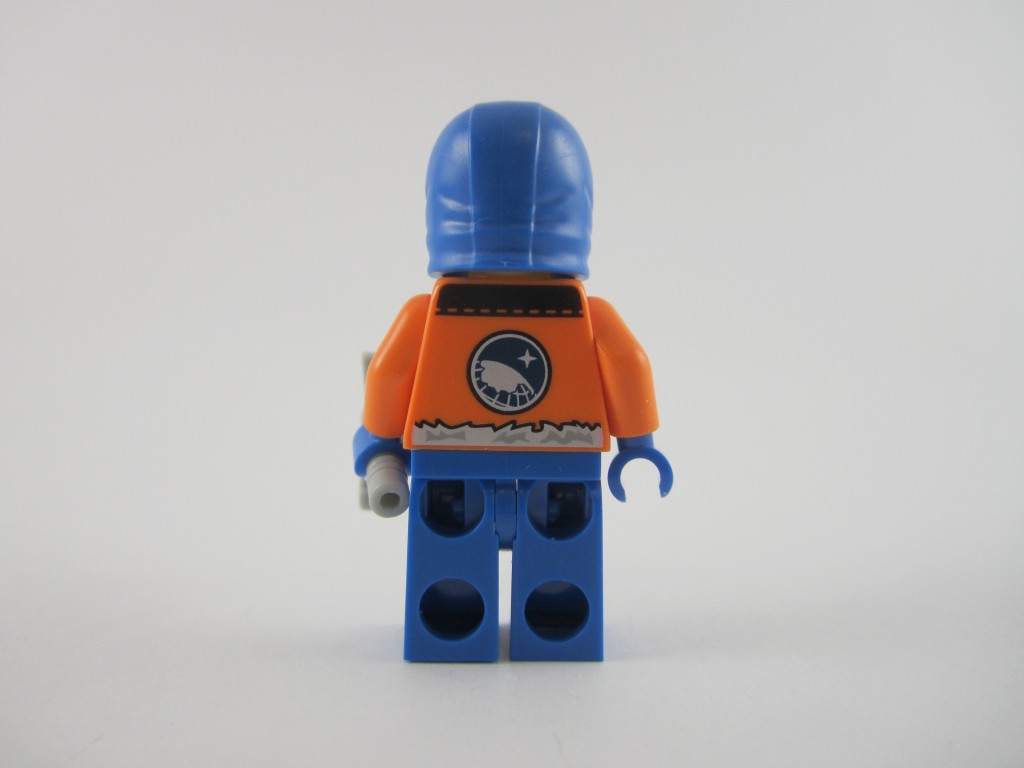 Back printing is accounted for, with a larger Arctic logo as well as an extension of the fur lining that featured on his front.

I really like the bright orange colour scheme used as it not only looks great but also makes a lot of sense. The bright contrast between orange and snow-covered environment make it really easy to spot your fellow Arctic explorers out in the field. 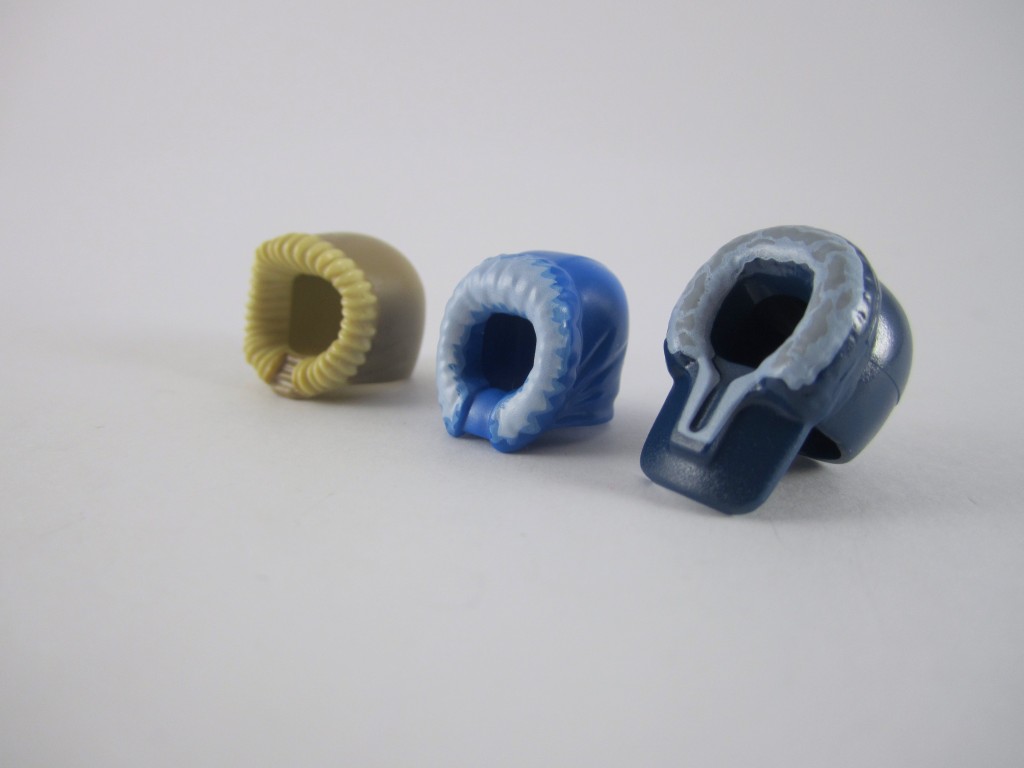 We get some new fur-lined hoods in the new Arctic sets – here’s a comparison picture with the older hoods. I like the new one because it’s a lot less bulky and has cool tangible details like the folds on the side as well as the neat gradient colour effect on the fur lining. 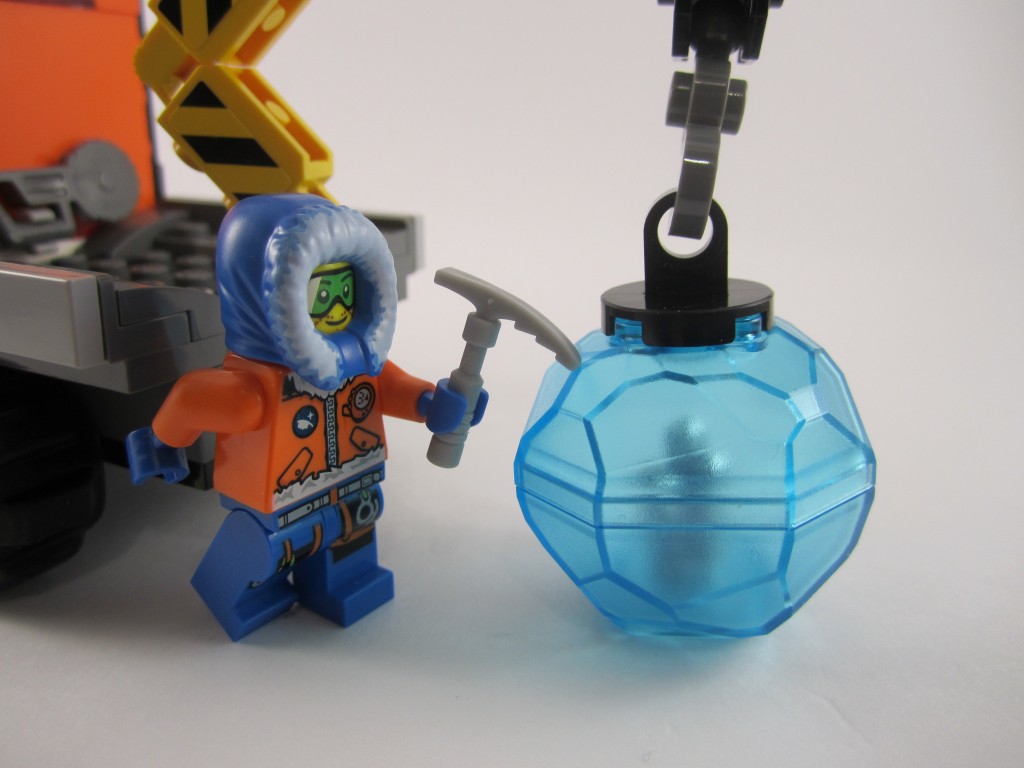 The new LEGO City Arctic sets revolve around exploring the polar regions to study mysterious silver coloured minerals/crystals that are hidden in blocks of ice. 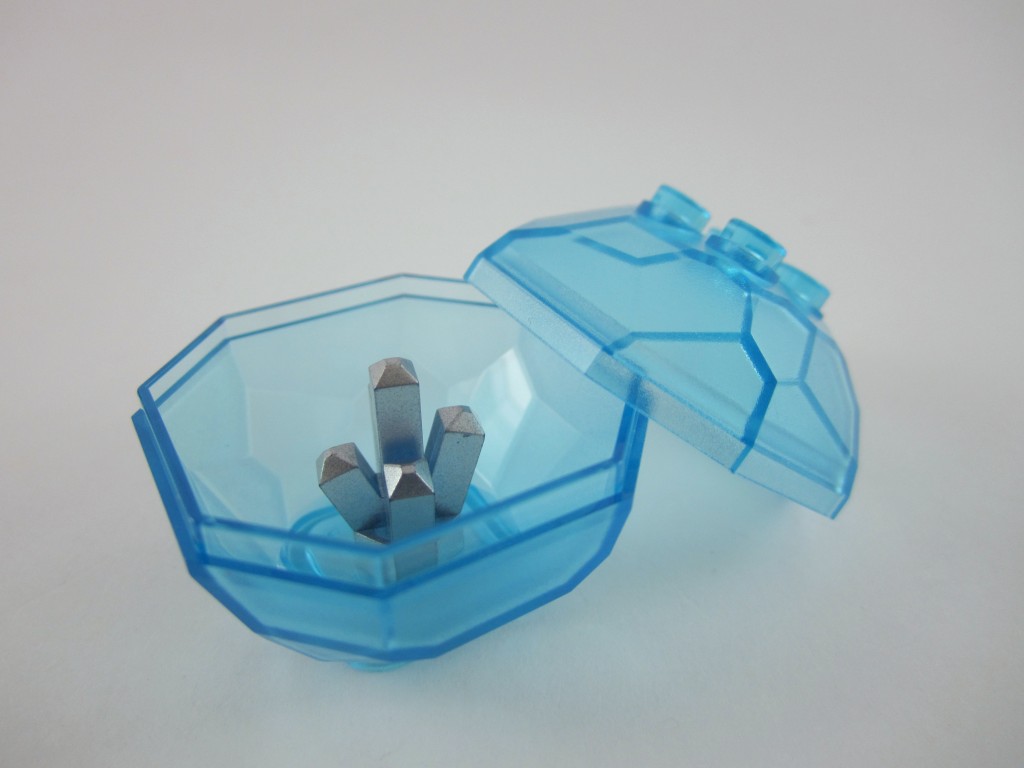 The translucent blue blocks of ice are boulder shaped and crack open to reveal their precious content much like a Kinder Surprise. I’m a sucker for translucent pieces which means I naturally really like these ice blocks – the fact that they look really cool also adds to their appeal. 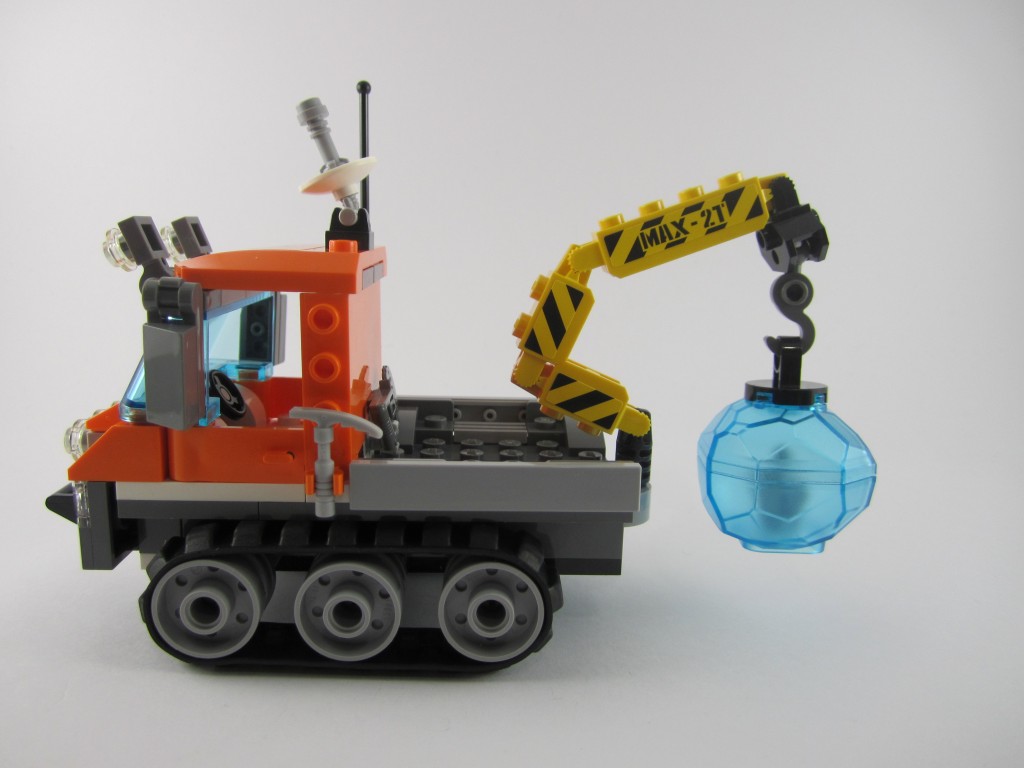 The Arctic Ice Crawler is a delightful little orange truck which has a crane attached to its back. It’s nice and compact with not a lot of space in the driver’s seat to move about with almost half the vehicle devoted to its truck bed, which has more than enough space for its cargo. 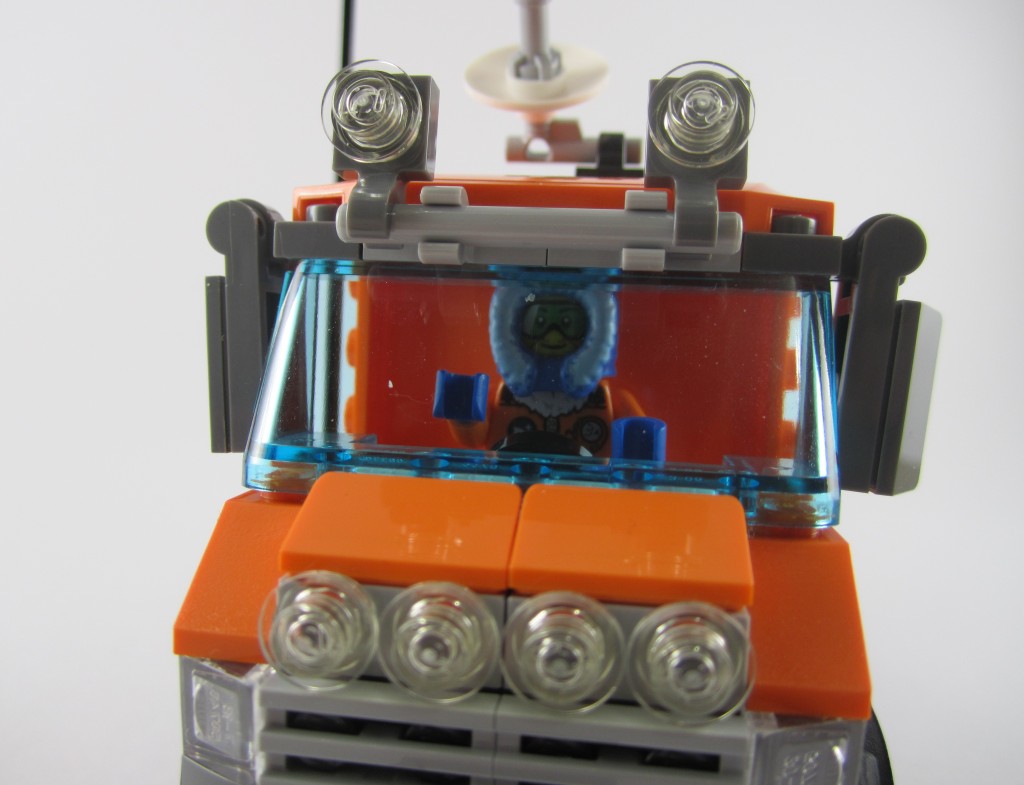 The Ice Crawler is fitted with a myriad of lights which will most likely come in handy if the Arctic Explorers experience a Polar Night where night or twilight occurs for more than 24 hours, a phenomenon that occurs within the polar circles. 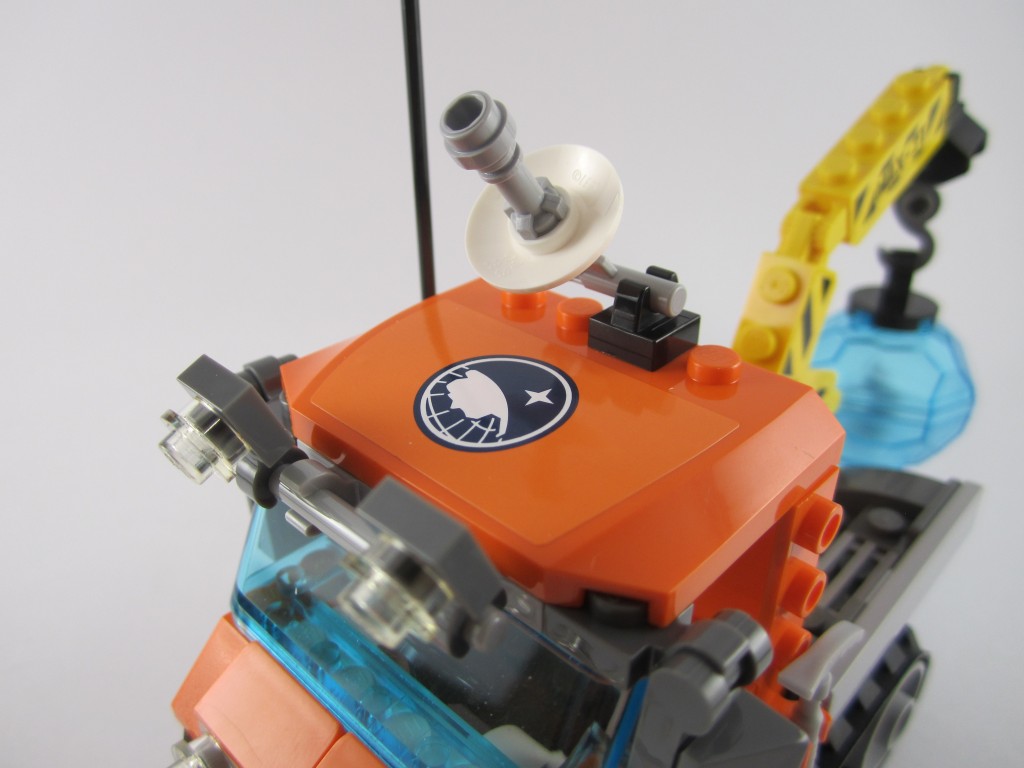 The roof of the Ice Crawler has a little satellite receiver for communications with Base Camp since I imagine getting a cell reception in the most remote areas of the Arctic might be a bit of a challenge.

There is also an orange sticker with the Arctic logo stuck on the roof. I really don’t like it when the colours of the stickers don’t match the bricks they get stuck on.

I’ve come to learn to accept stickers as a necessary evil, but ONLY if they’re in transparent decal form – not the paper based type in this case. This is easily the poorest feature of the Ice Crawler. 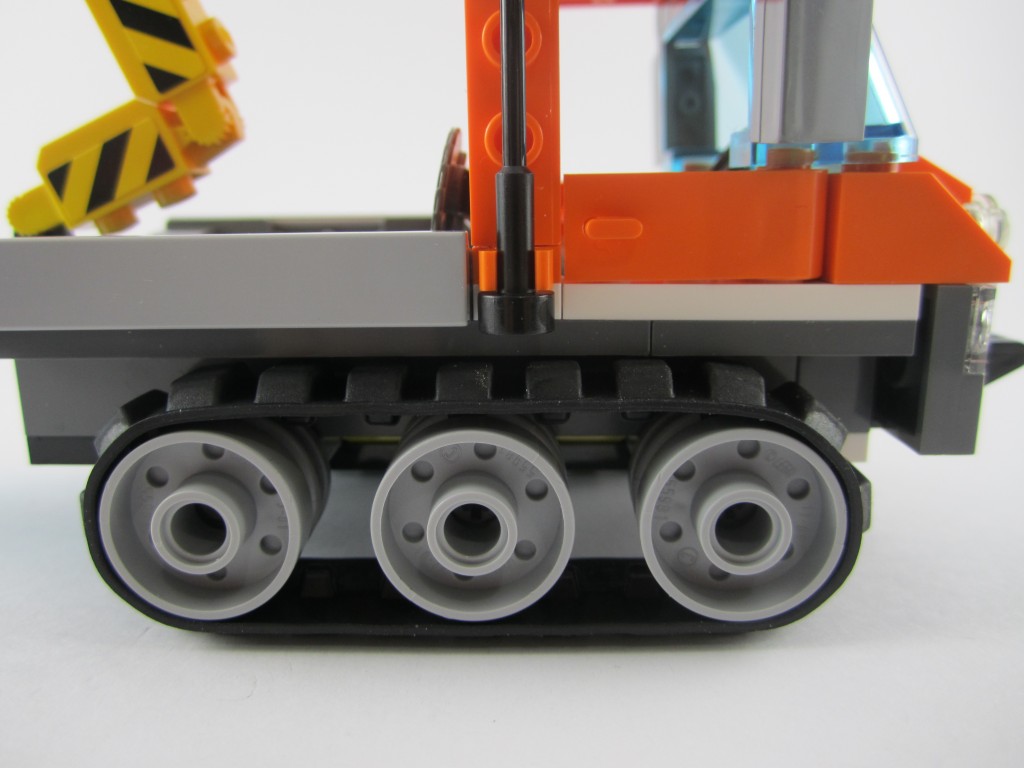 Of note are the rubber ‘tank tracks’ that power the Ice Crawler forward. They seem like they’re able to allow the Ice Crawler to traverse through challenging terrain and obstacles. We don’t get that many City vehicles with tracks as wheels, so this makes the Ice Crawler quite a notable model. 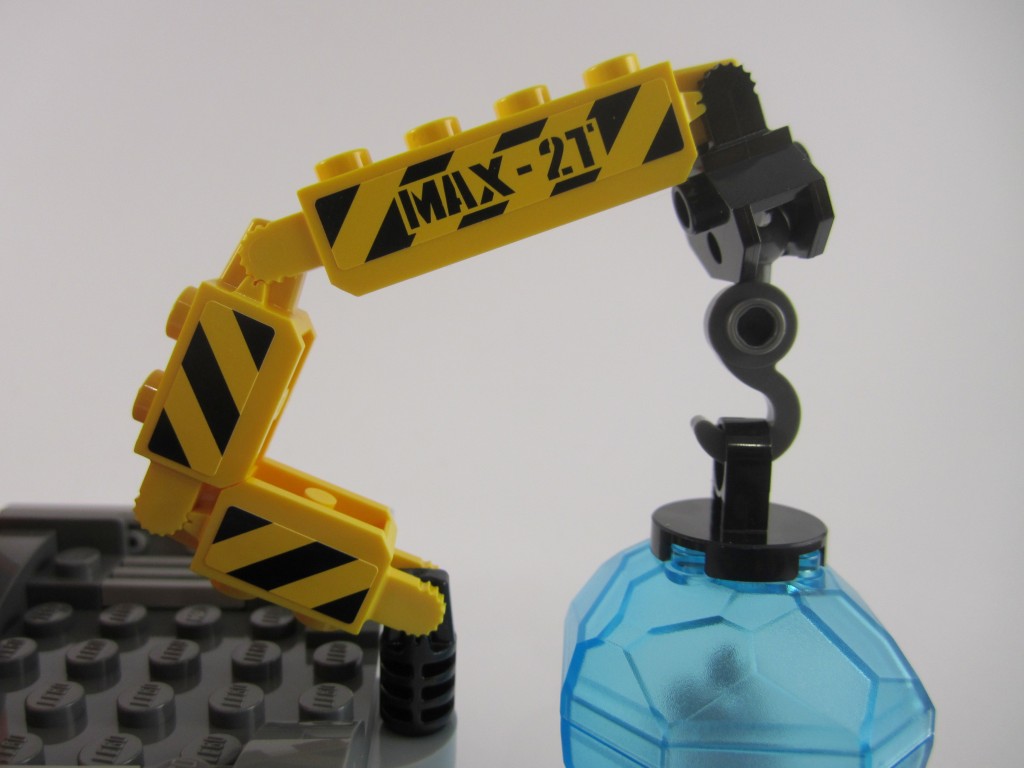 In the cargo section, the crane is attached to the truck bed and is constructed using some pretty basic parts, ending off with a regular hook which latches on to the ice block.

The crane is fairly flexible and you’re able to rotate and swivel it to move it around, a play feature that young children would most likely enjoy. I’m an adult and I have to admit that it was quite entertaining fiddling with the crane myself. 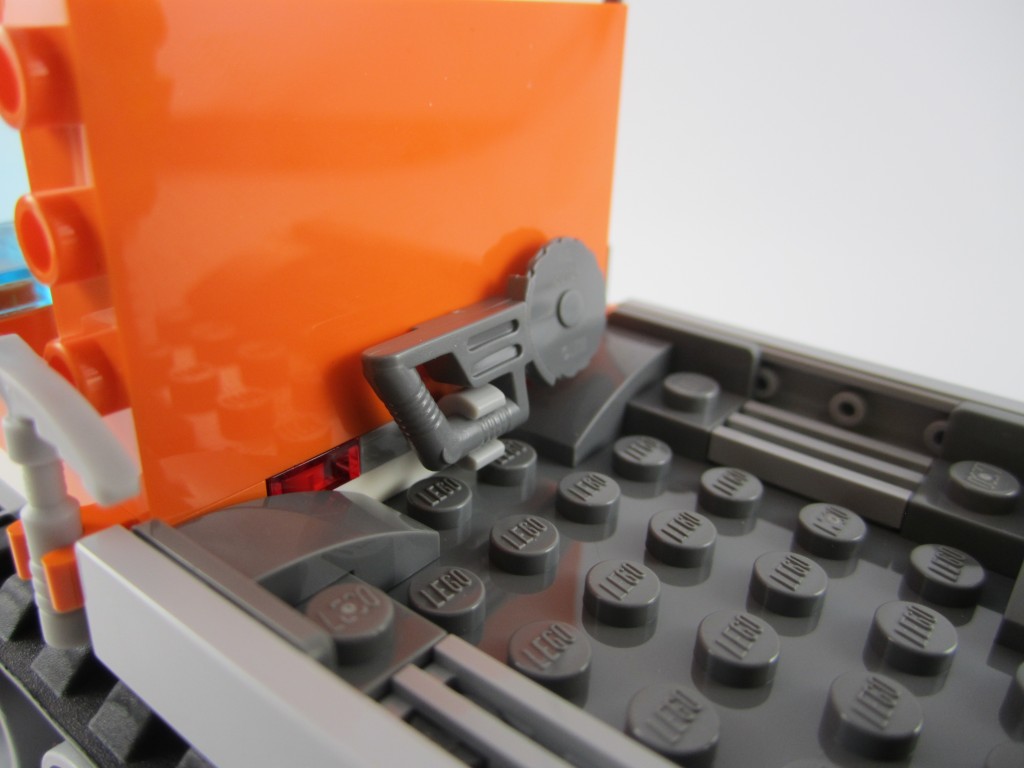 The truck has several clips which hold equipment such as ice picks or this cool little handheld buzz saw pictured above, which the explorers use to crack open enormous ice blocks – all in the name of science!

Final Thoughts: For a $20 set, I quite enjoyed the Arctic Ice Crawler. Despite its diminutive size and relatively easy build, the end product is impressive in its own right. With a minifigure that packs an exceptional amount of printed detail as well as cool parts like the bright orange elements and ice block, this set feels like it packs quite a bit of value in it.

Moving it about on its tire tracks is actually quite fun and I don’t hate the idea of amassing a collection of these Arctic vehicles, since they’re a welcome break from typical City-type models.

I consider these $20 sets almost impulse-purchase sets and if you were looking for a cheap LEGO fix, the Ice Crawler should provide a solid addition to your collection which won’t hurt your wallet too badly. 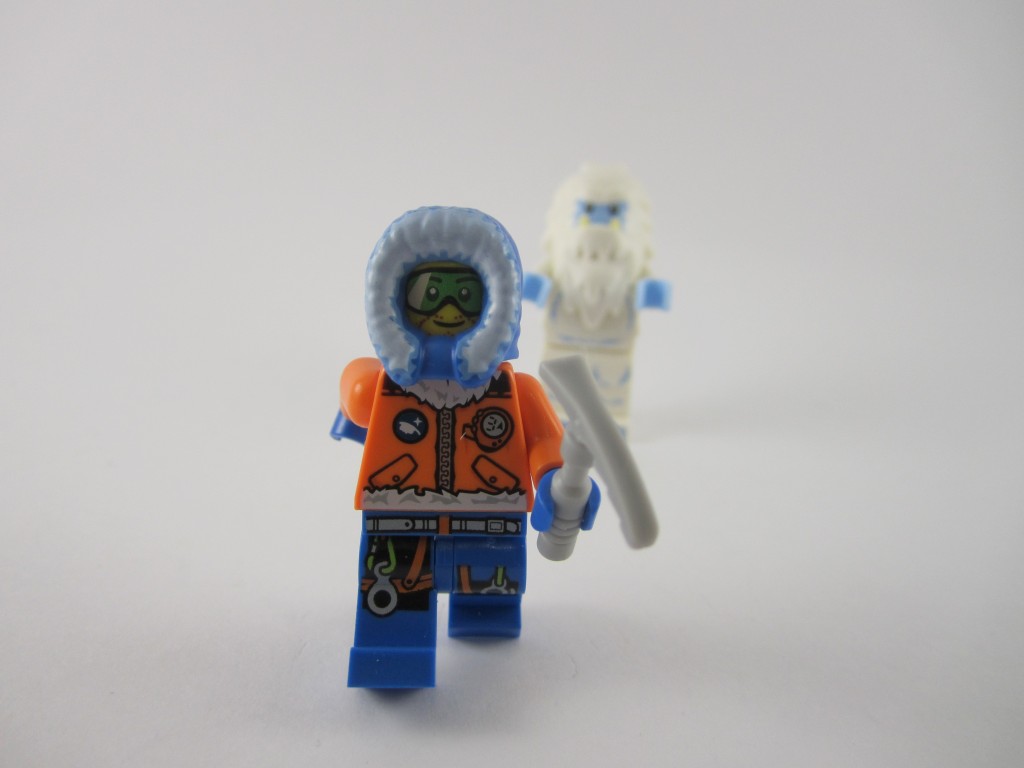 Thanks for reading my review! As usual, I’ll end it with a fun picture of the Arctic Explorer getting chased by a Yeti. Yes, I’m aware that Yetis live in the Himalayas… just go with it!