Hey again! Now that most of the new 2014 sets are finally starting to make their appearance here in Australia, I’m finally able to get my hands on them and run them through my Tried-and-True™ review process! Today, the smallest LEGO Juniors Super Heroes set, the Spider-Man Spider-Car Pursuit. What a mouthful! 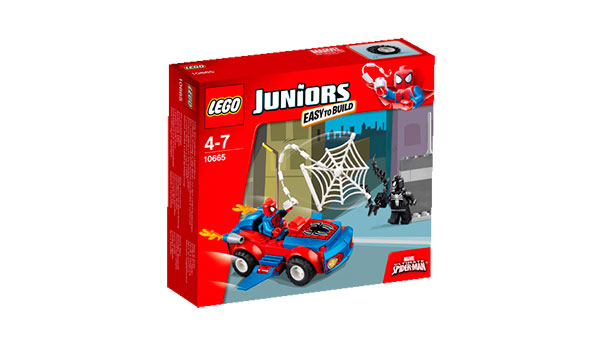 This year, LEGO launched their Juniors line, a theme aimed at well, Junior kids. Meant to ease young children and sorta bridge the gap between DUPLO and real LEGO, the Juniors sets are relatively easy builds without any complex building techniques. In short, don’t get these sets if you’re looking to enjoy the build. 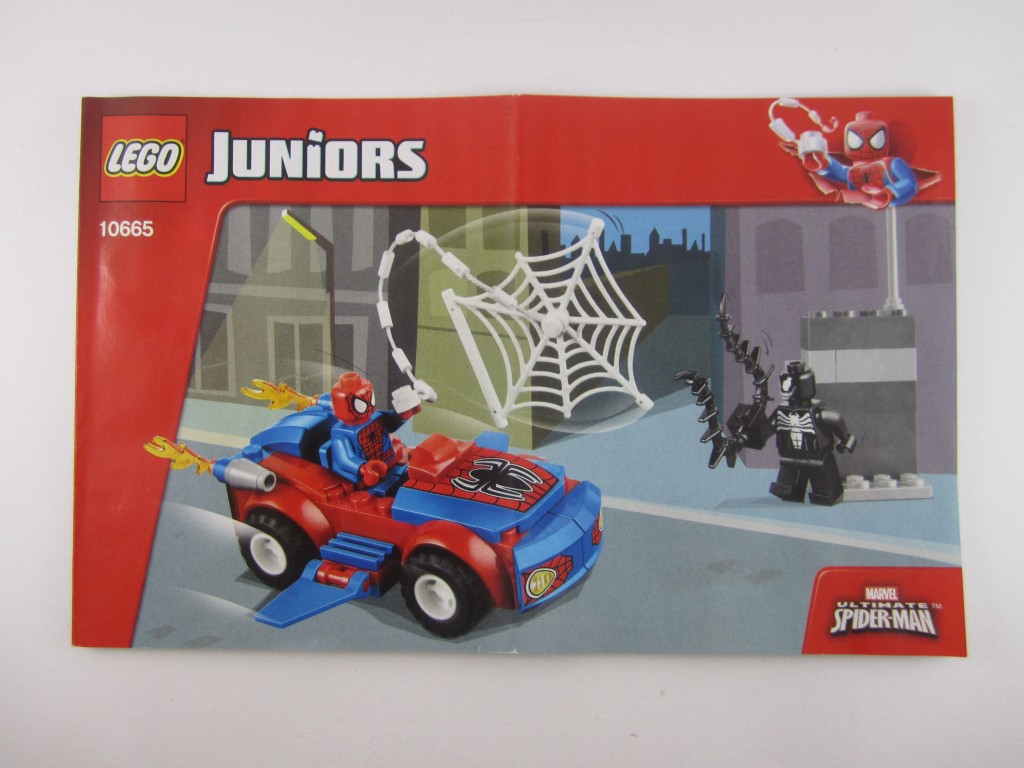 Here’s what the instruction manual looks like. Nothing too fancy but I like the red borders and the Spidey minifig in the top right corner. 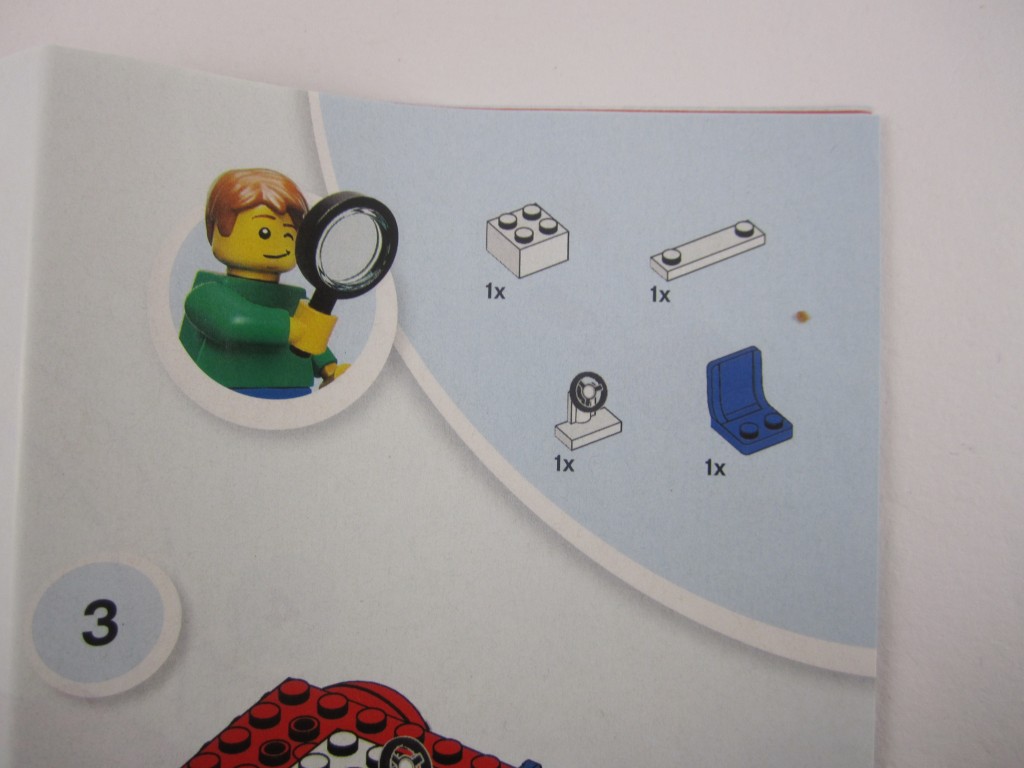 Seeing as this is a set aimed at kids, there’s a cute minifig holding a magnifying glass to emphasize small parts. 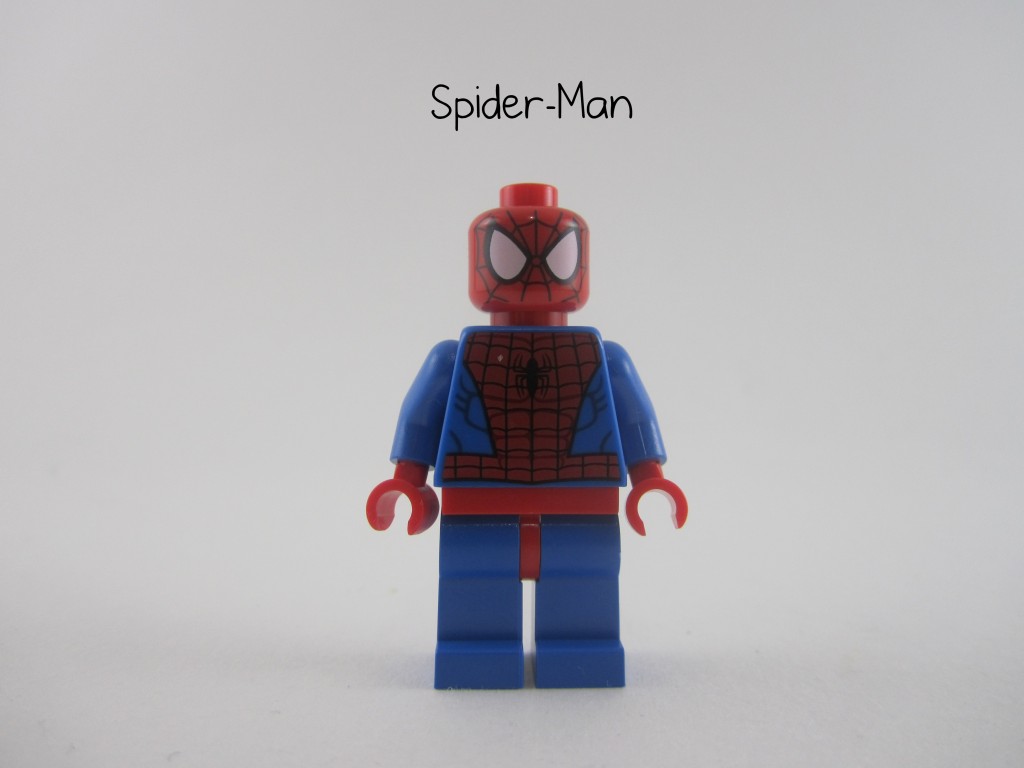 On to the minifigs. I have to admit that I bought this set for 2 reasons – 1) Minifigs 2) Parts. For AU$15, getting two popular Super Hero minifigs plus 50 or so bricks is a pretty good deal, considering the smallest Super Heroes sets usually retail for 20-ish bucks.

First up is Peter Parker himself. From afar the minifig looks great, getting Spidey’s look right. Unfortunately when you go in for a closer look, the flaws become more apparently. Firstly, his eyes have a pinkish tinge to them, possibly due to the white paint being sprayed onto the red base on his head. Secondly, the red area of his costume is substantially darker than the reds on his head, hands and legs. 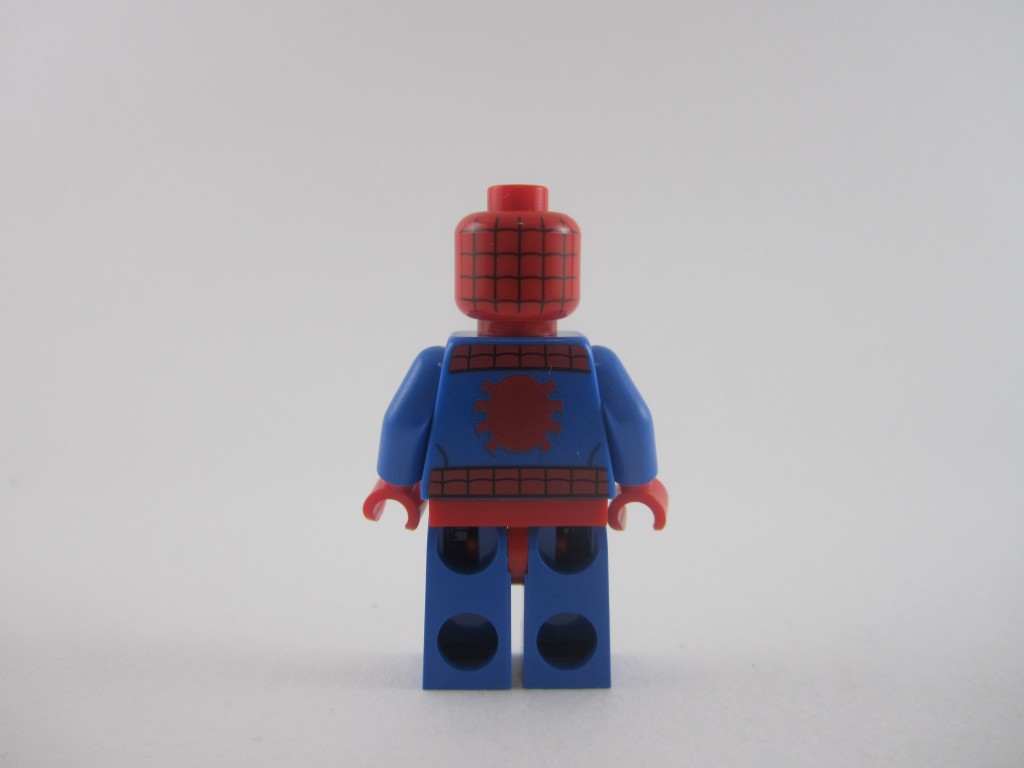 Back printing is present as with most minifigs found in box sets, but again – the dark red shade of his torso really disjoints his overall look. Hope LEGO fixes this when they refresh the Spider-Man minifig. 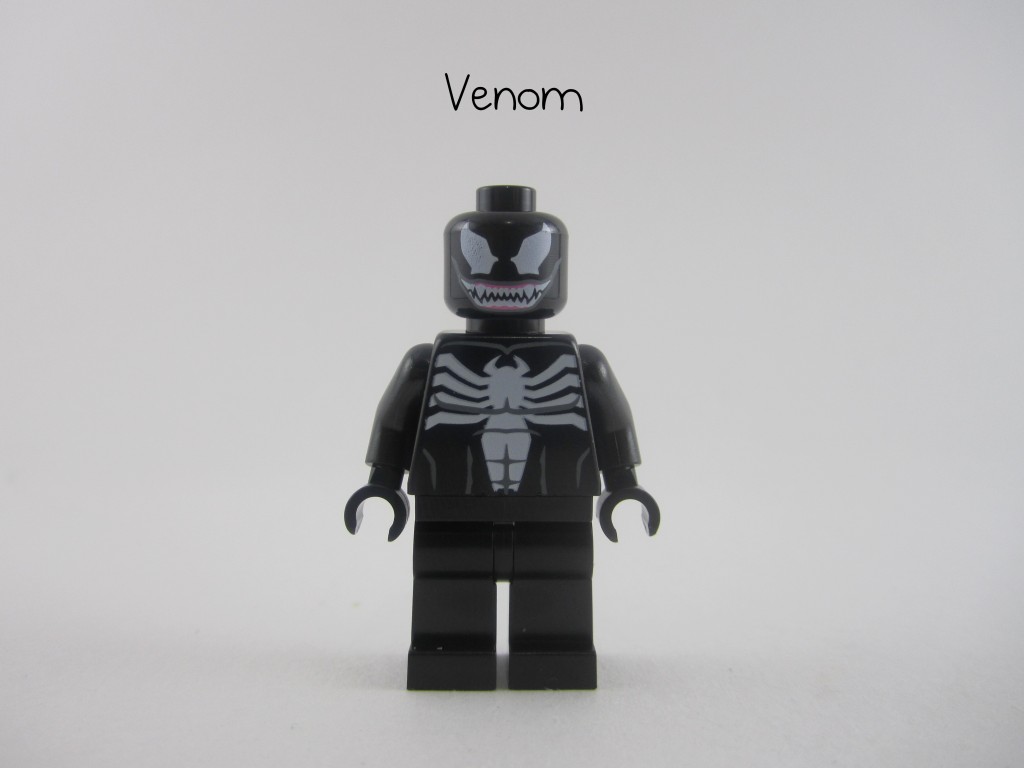 Thankfully, Spider-Man’s symbiote nemesis Venom gets it right. His face is incredibly detailed and nails Venom’s look. The white paint on his eyes are a little off if you inspect it closely, but it’s not as big a deal as Spider-Man. 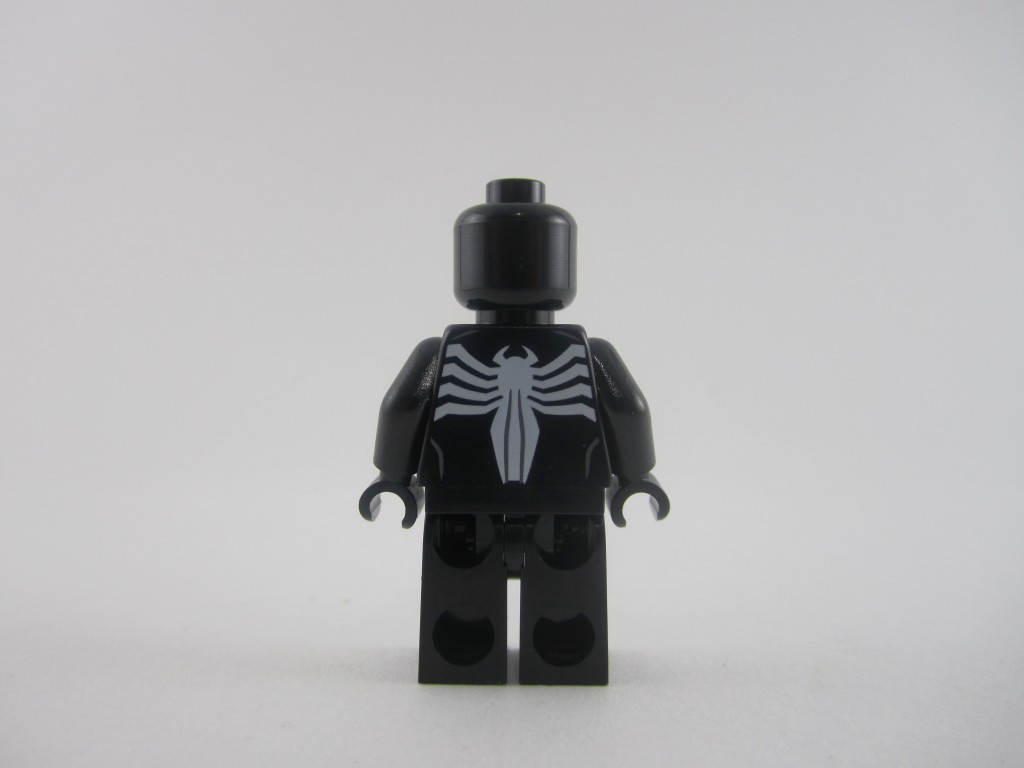 Like Spidey, back printing is totally accounted for. Venom is one of Marvel’s most iconic villains and I was very close to buying 76004 Spider-Cycle Chase just to get him, but I’m glad I waited it out. All I have to do now is to get Nick Fury off Bricklink and I’ll be set. 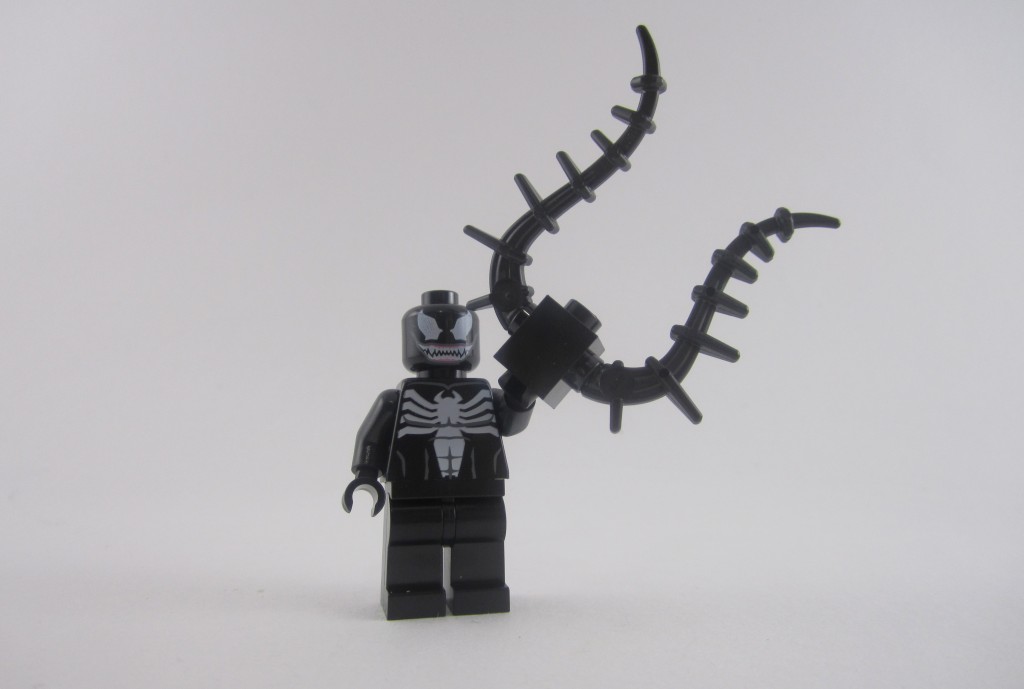 Venom comes equipped with some symbiote spikes, which are awkwardly connected to a 1×1 brick. I think it would’ve looked better for Venom to just hold the two black spike tentacle thingies on either hand. 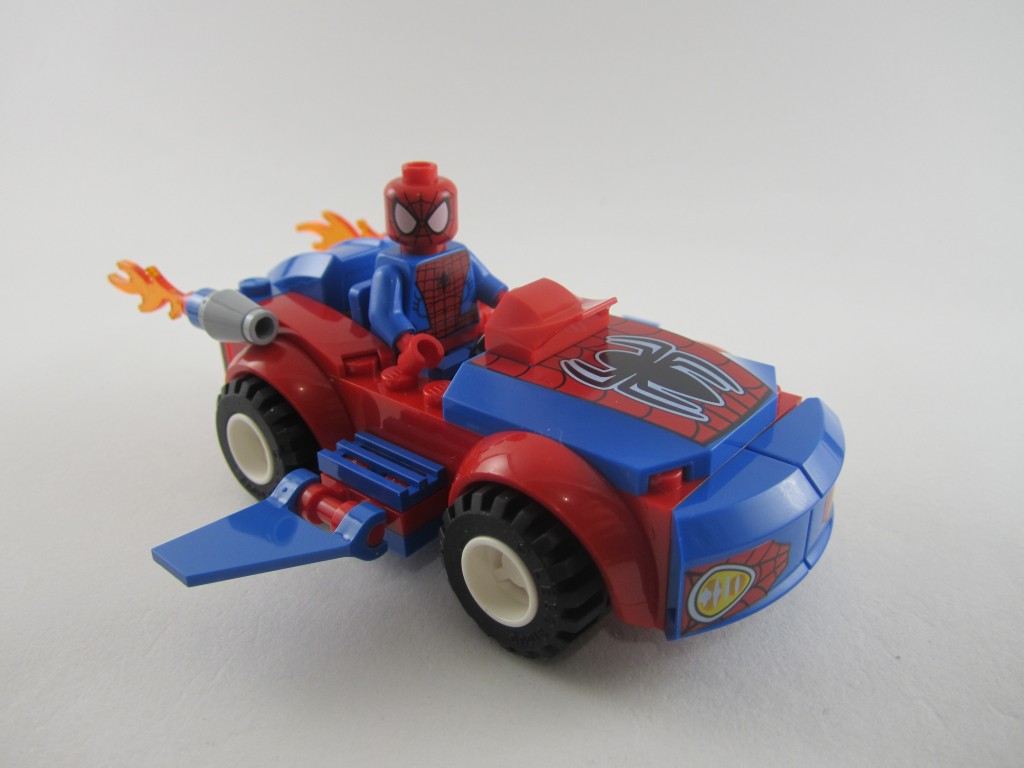 The focal build of the set is the Spider-Car or Spider-Mobile. You’d question why a Super Hero with web slinging capabilities would need a car. My educated guess is so that he can take Mary Jane out on dates when swinging around becomes a little stale. 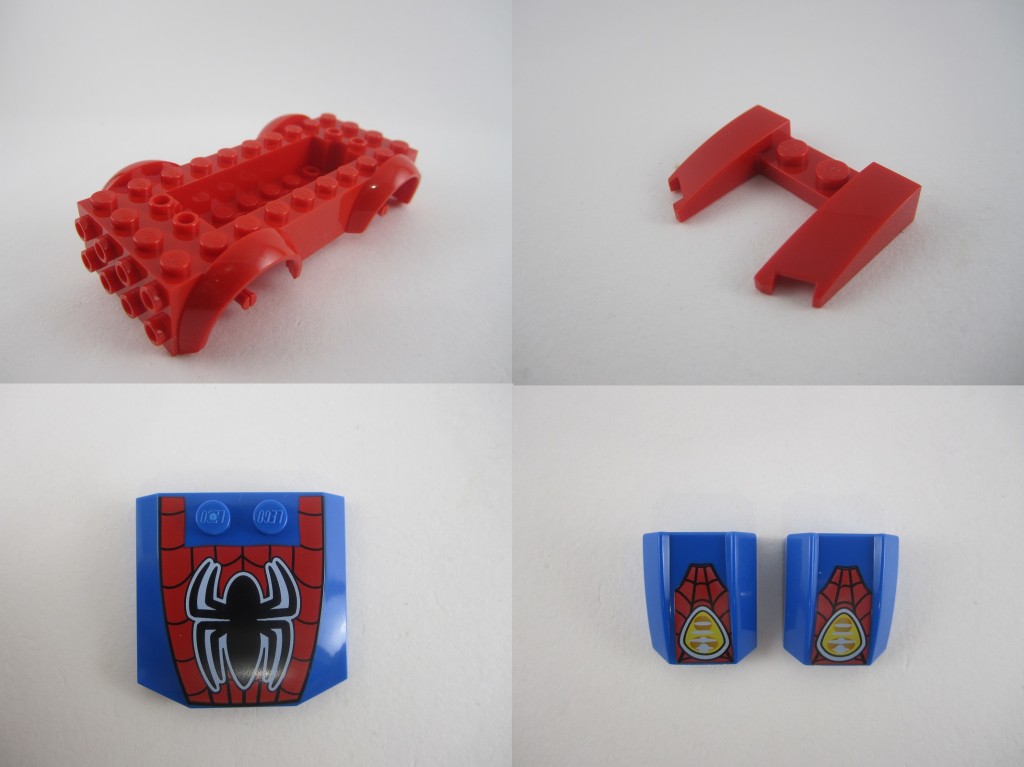 Here are some of the more interesting parts that make up the car. The body is made out of a huge chunk of plastic, which makes sense since this is supposed to be a simple build aimed at very young children.

The MAIN thing that took me by surprise when I first had a closer look of the set was that I noticed that all the details were PRINTED and not stickers. This made a ton of sense to me since younger children would find it difficult to apply stickers on their own. AFOLs have always had a certain distaste for stickers since it pretty much takes the precision of a heart surgeon to apply them correctly.

These printed pieces are fantastic and I really hope we get to see less stickers and more printed bricks in the future. I’d hate to pass on my LEGO to my kids and have the stickers all peeling and wonky because they don’t age well. 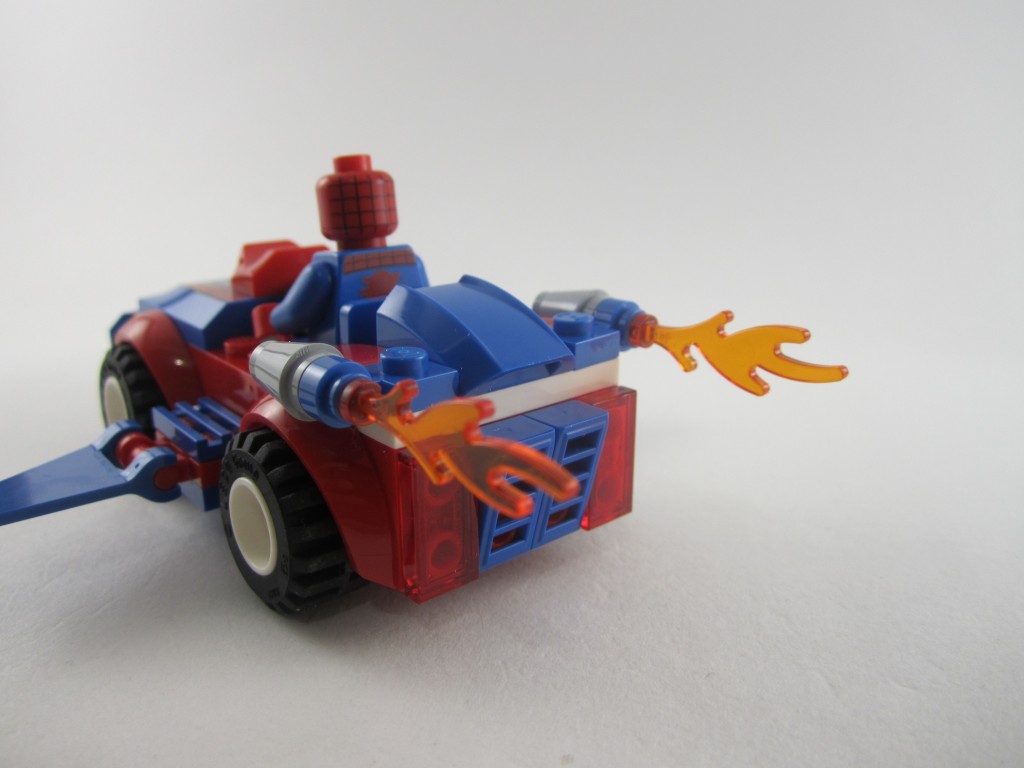 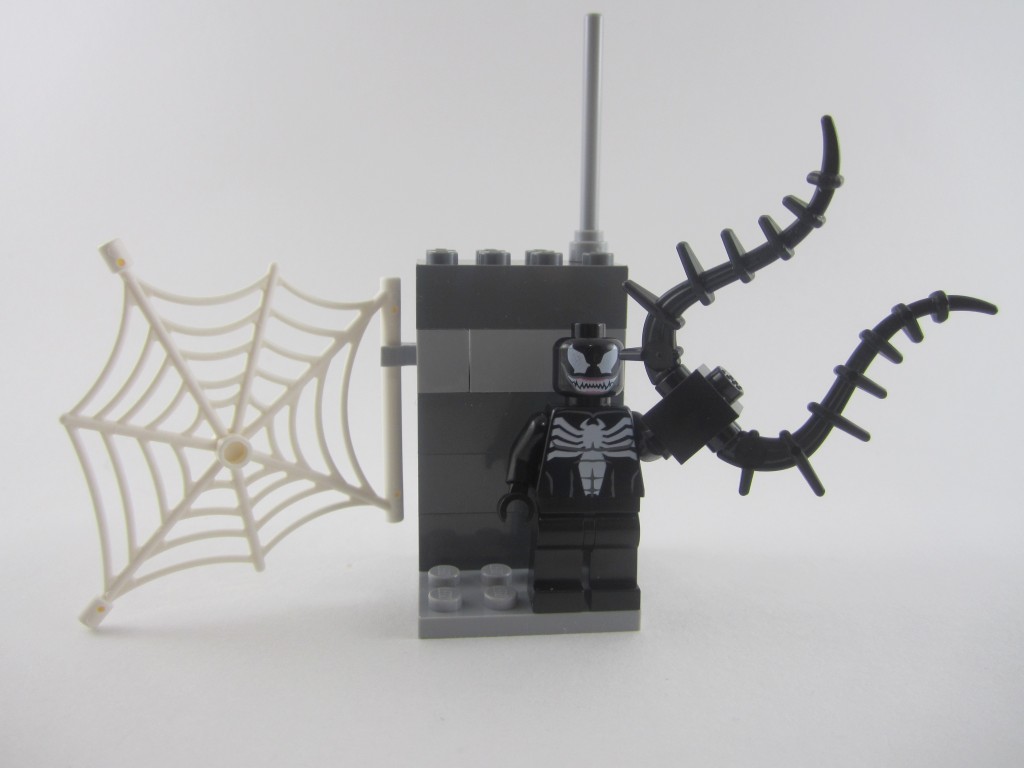 Venom comes with a little stack of dark grey and grey bricks, which is probably meant to be his seedy street corner that he hangs out on. There’s a spiderweb piece attached to it, courtesy of Spidey himself. The spiderweb is another cool addition to the number of great parts in this set. 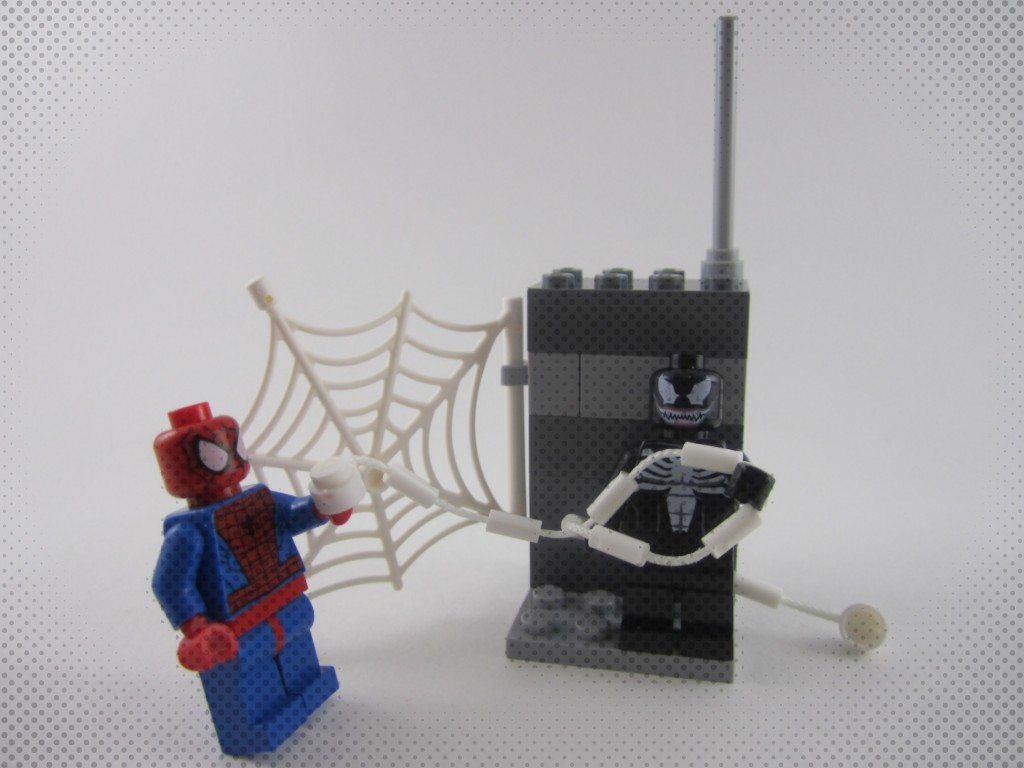 Oh and Spider-Man also comes with some web for him to sling around, which comes in handy when you need to trap Venom. 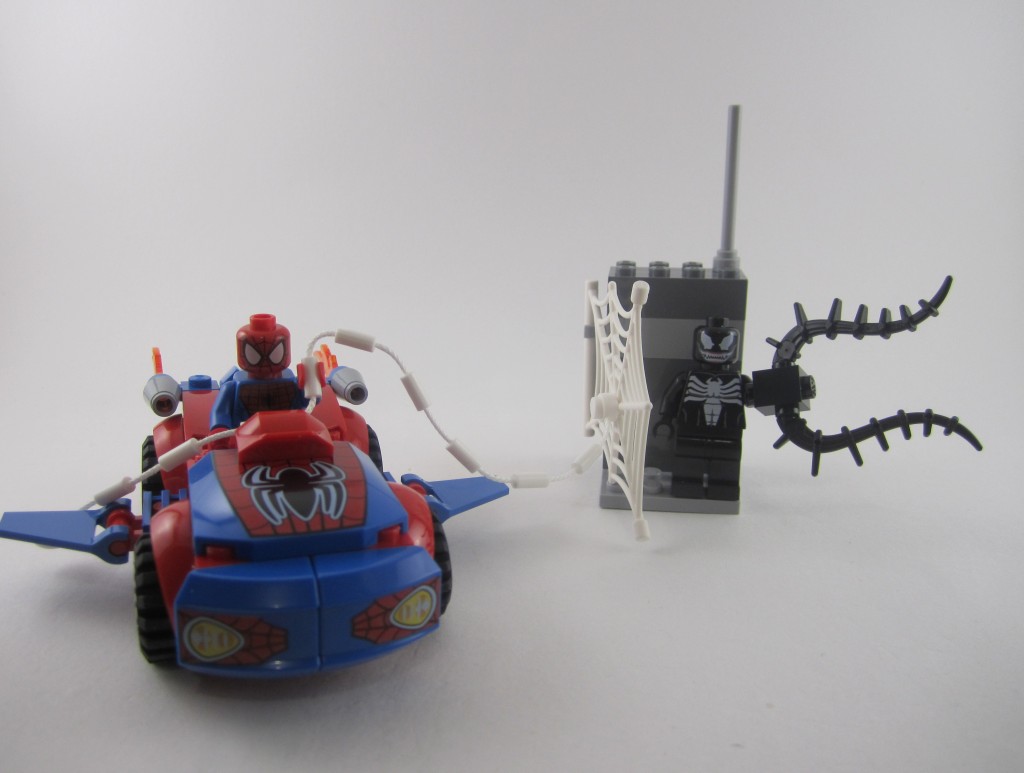 Final Thoughts: This is set is a pretty smart move by LEGO. Bridging the gap to more adult sets and introducing popular Marvel & DC characters to get them hooked on the Super Heroes set is pretty much a master stroke on LEGO’s part. This set will undoubtedly be extremely popular with parents due to the low price point and Marvel branding. This set packs a whole lot of value into $15 with the 2 minifigs, printed elements as well as miscellaneous bricks and parts.  It also makes a great gift especially if you have younger nieces/nephews/cousins that are into LEGO.

Should You Buy It?: Printing faults aside on Spider-Man, I can’t think of a lot of reasons why you wouldn’t buy this set. If you had the set that contained Venom, you can give this set a miss, but if you’re just getting started with your LEGO Super Heroes collection, this is a great springboard to bigger sets. It’s almost worth the price of admission for Venom alone. It’s small size also makes it great if you want to display some LEGO on your office desk or workplace. That being said, because this is aimed at younger children, the build was extremely easy and simple; I must’ve taken about 5 minutes to put it together. If you’re one of those adult fans of LEGO who enjoy the tranquility of building sets, I’d give this one a miss. That being said, I highly recommend this set and if you can get it on sale, all the better.