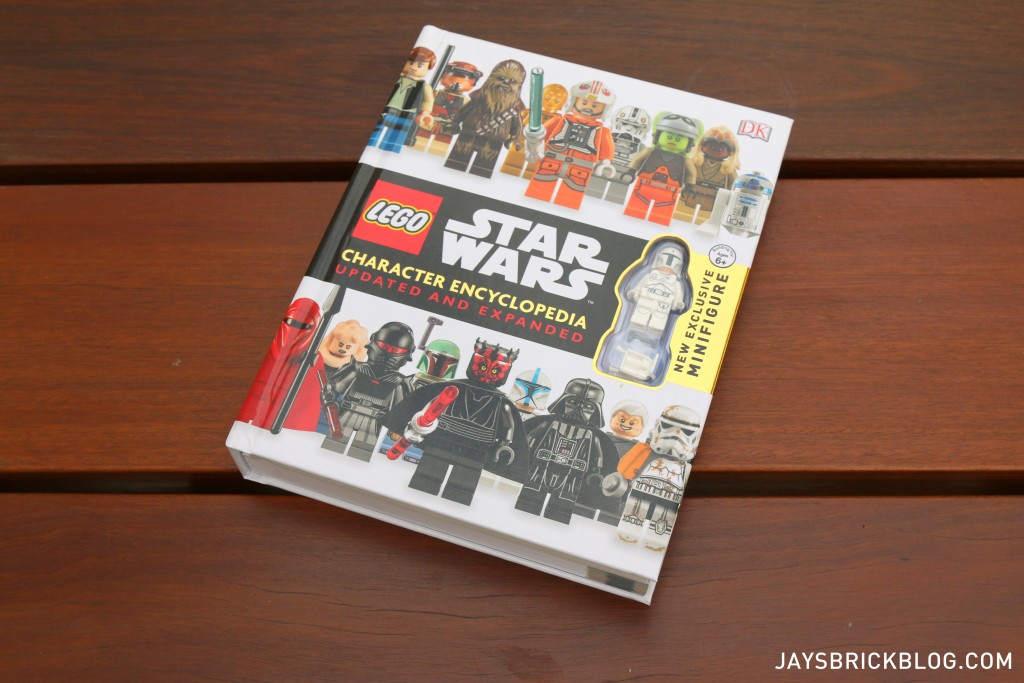 Special thanks to the excellent folks at DK Australia for sending me a copy to facilitate this review.

You can buy the 2015 edition of the LEGO Star Wars Character Encyclopedia from Penguin’s online store. 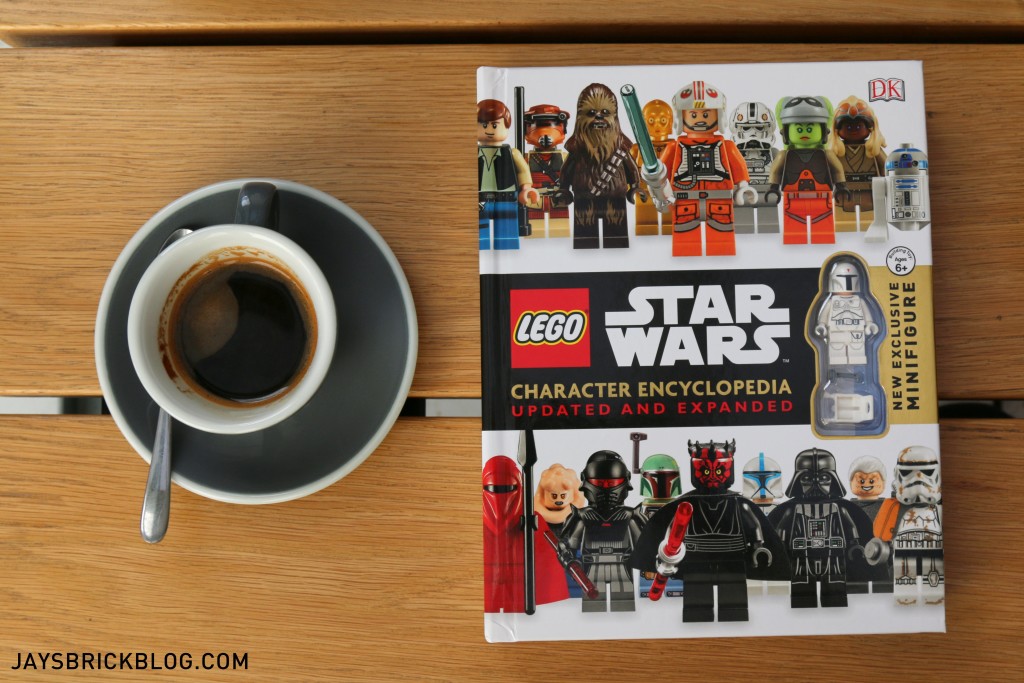 I spend most weekends hitting up different cafes in Melbourne for brunch and decided to bring my copy of the new 2015 LEGO Star Wars book along with me as I thought that it would be nice to photograph the book outdoors instead of my makeshift home studio. 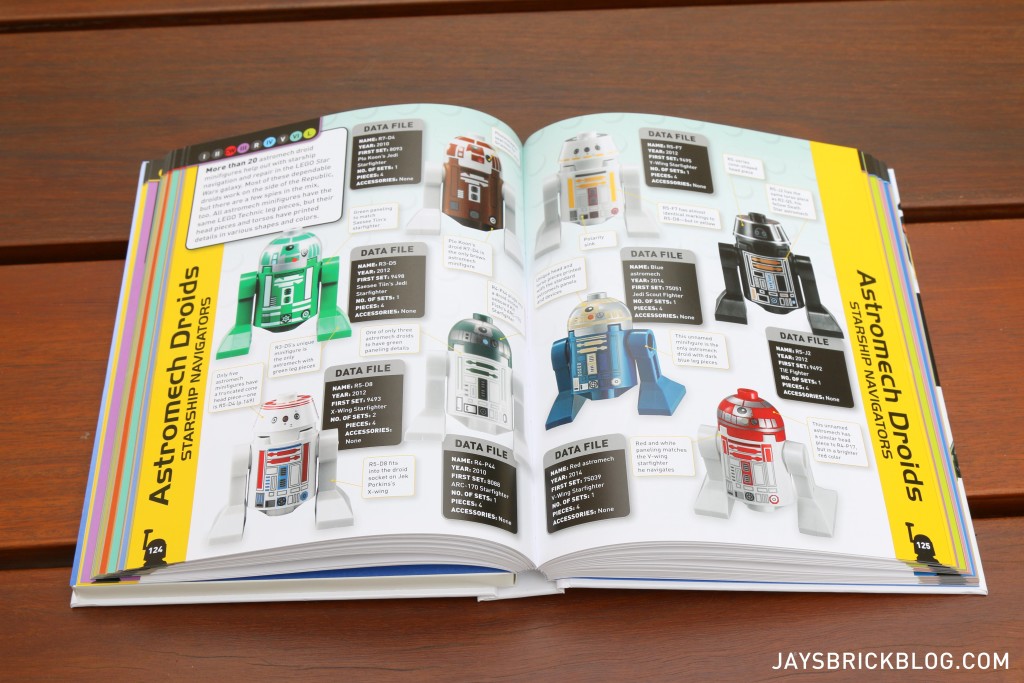 If you’re unfamiliar with the LEGO Star Wars Character Encyclopedias, they’re essentially extensive checklists of Star Wars minifigures paired with interesting bits of trivia and history. The Star Wars universe’s rich and varied bunch of characters are one of the biggest attractions of Star Wars sets, so this book is an ideal companion to help you keep track of all the minifigs.

This edition is “Updated and Expanded” to include some of the more recent Star Wars sets and all the latest versions of Star Wars minifigs. 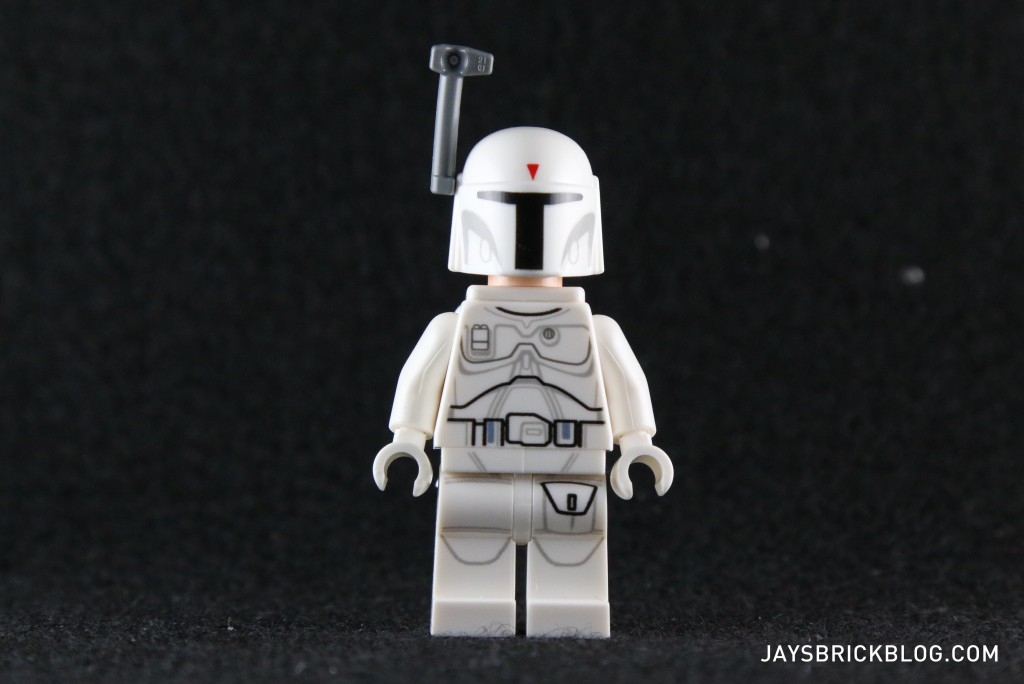 The White version of Boba Fett is an homage to Boba’s roots – test footage of the original Star Wars initially had Boba in a White costume. I’m not the biggest Star Wars fan, but I believe he was supposed to be some sort of upgraded Stormtrooper of sorts. 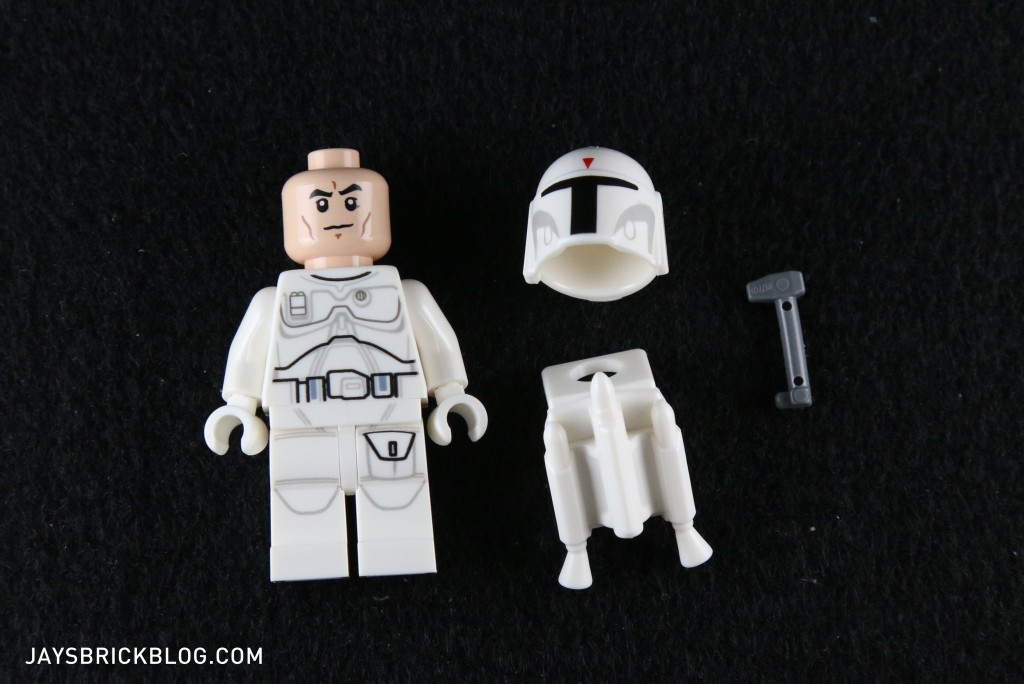 The minifigure is really well designed, with plenty of great torso and leg printing and a very sexy white helmet. Like the contemporary Boba Fett minifigures, whitey’s jetpack is a separate neck accessory. 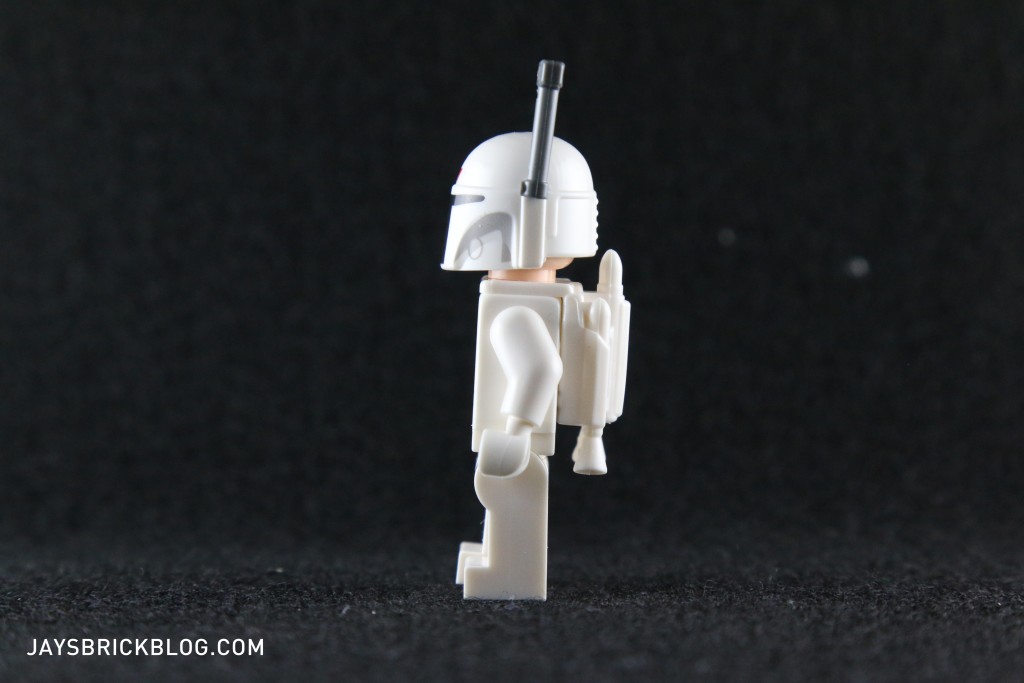 If there’s one thing that I dislike about Boba Fett’s modern look is the fleshy bits of his neck that’s exposed. While his helmet looks slick and stays true to his Mandolorian design influences, the pink neck bits just look completely out of place. 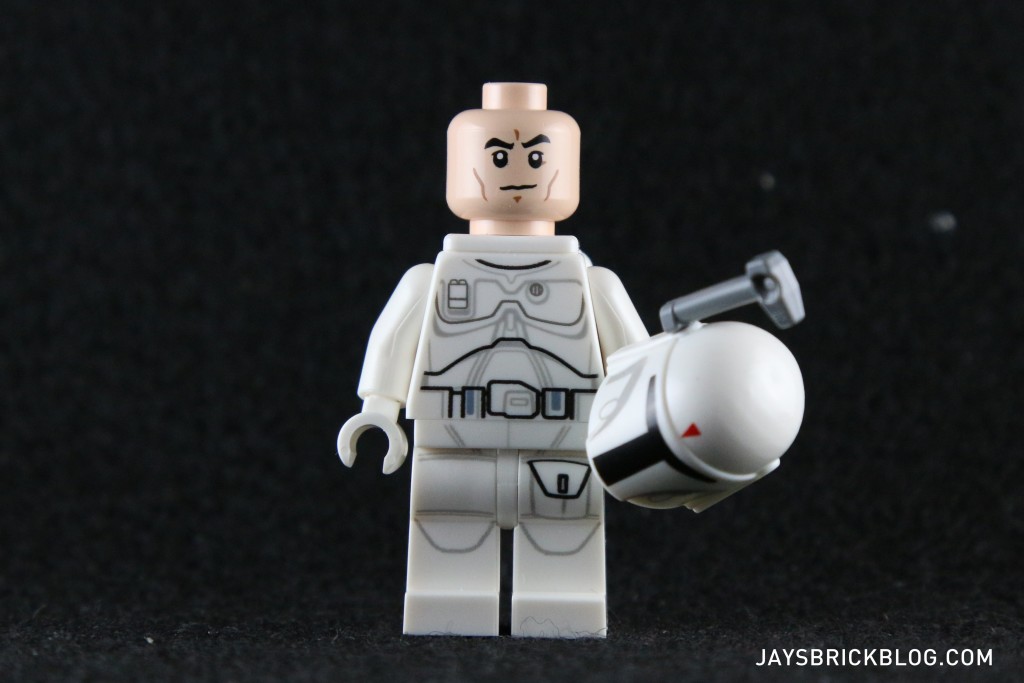 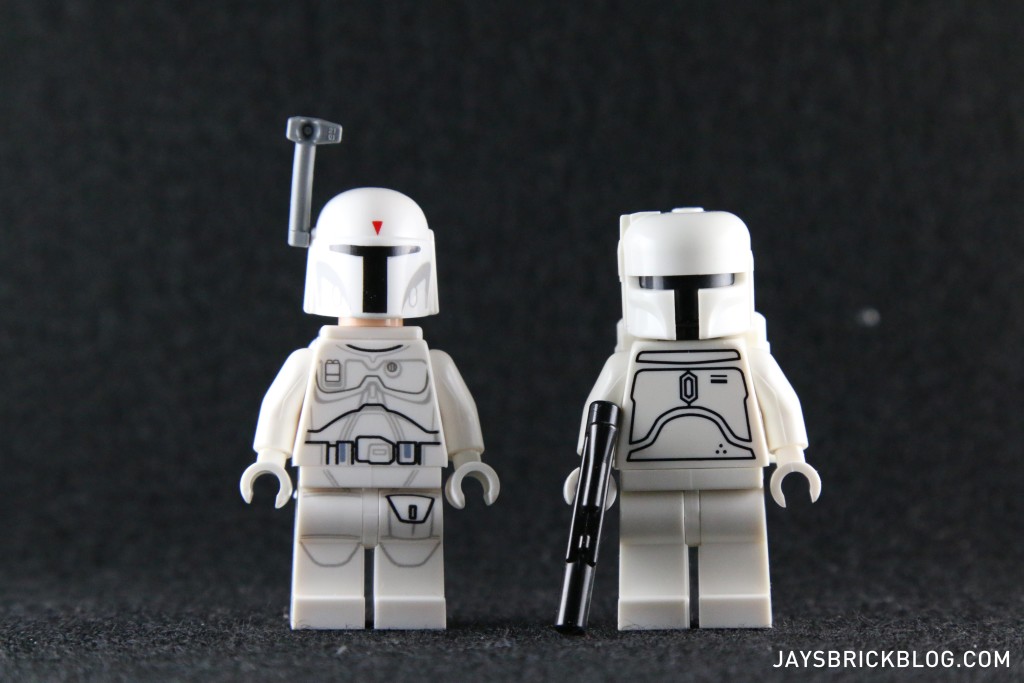 I’m lucky enough to own the very first White Boba Fett minifigure, which was a 2010 exclusive. When pictured side by side, it does look incredibly primitive compared to the sexier Updated and Expanded version.

In spite of its simple design, I think that the original White Boba Fett has a very nostalgic and simple charm to it, which is why I prefer it to the newer version.

That said, it’s not that the newer version is bad in any way, it’s still a wonderfully designed minifig and manages to up the level of bad-assery that Boba Fett commands.

Bundled with the Updated and Expanded Character, it’s also going to be a lot easier for new LEGO Star Wars fans to get their hands on what is usually a rare $100 minifigure. 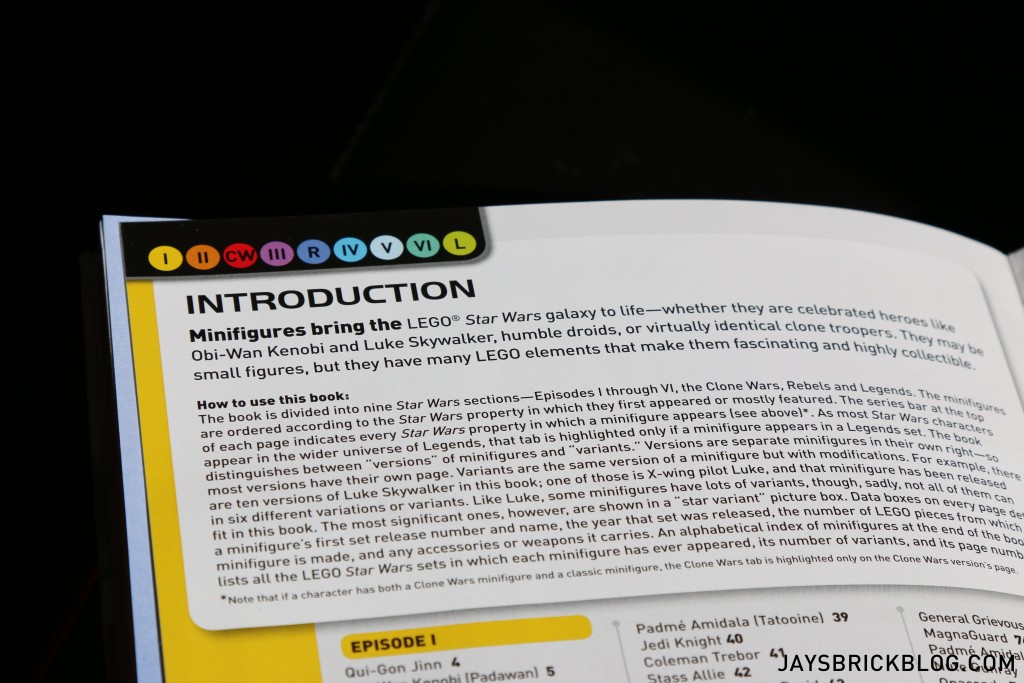 I’m not the biggest fan of LEGO Star Wars – I only have a handful of sets but I am mildly fascinated with the entire universe and of course, the movies. The Updated and Expanded encyclopedia is laid out chronologically, from Episode 1 till Episode 6 and then Legends, which covers areas like the Old Republic and other non-movie settings.

Because I don’t collect own a lot of Star Wars sets, I actually had a great time flipping through the book and checking out all the different Star Wars minifigs and characters – most of which I will most probably never own. The photographs are well taken and all the interesting bits of information such as variations, history and rarity. 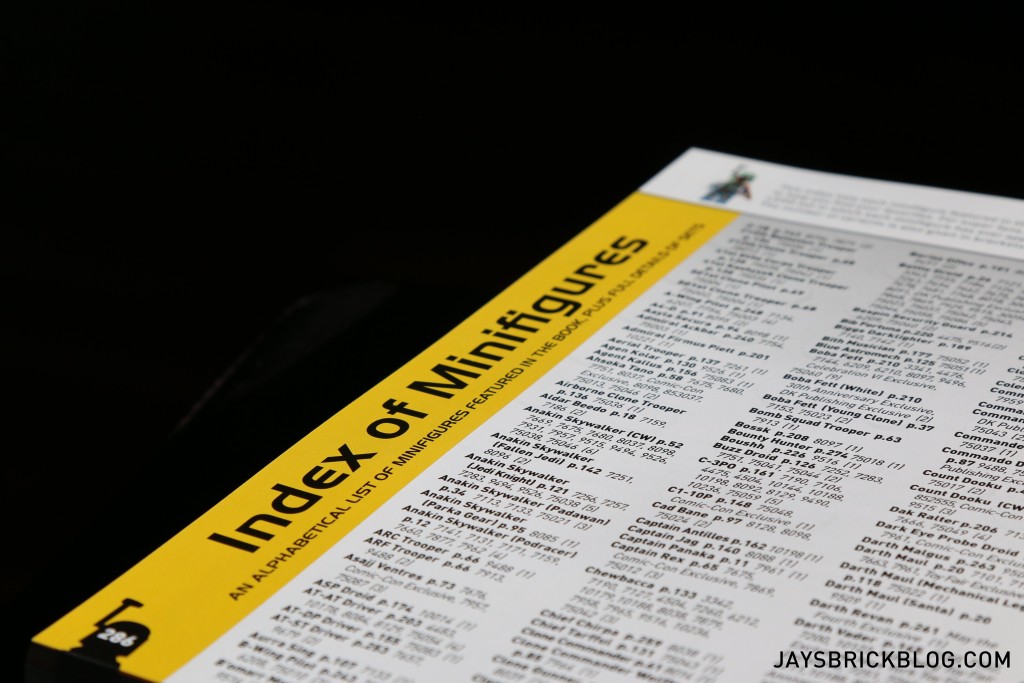 The index at the end of the book is super useful for looking up characters featured in the encyclopedia. 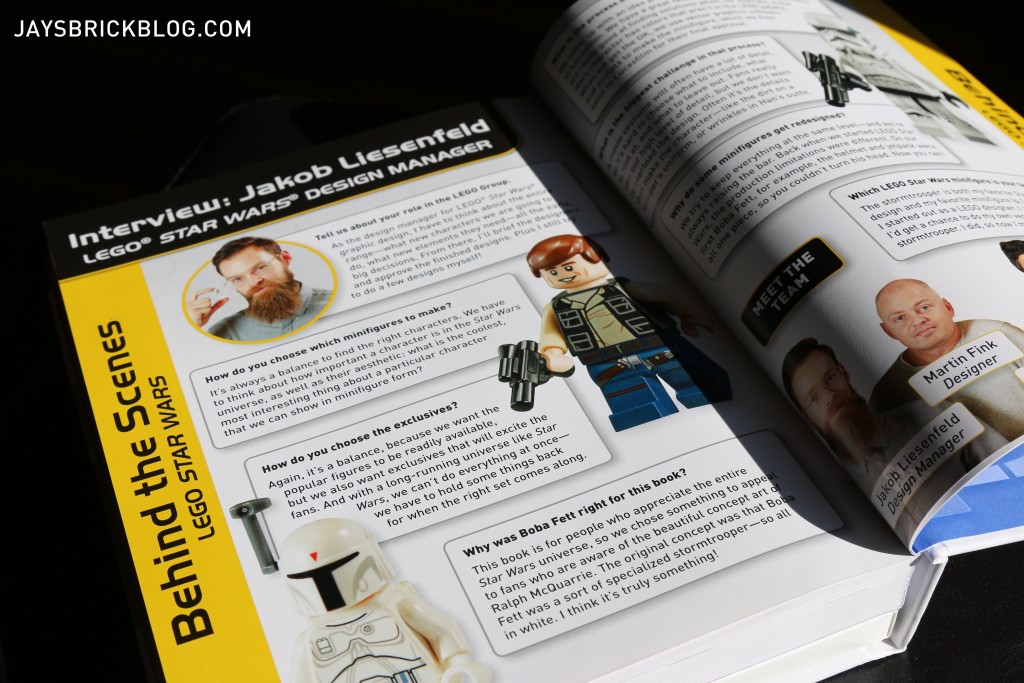 The Updated and Expanded Encyclopedia also features an interview with Jakob Liesenfeld, Design Manager for LEGO Star Wars. It gives fans some interesting insight into the typically secretive world of LEGO designers and is a great albeit short read. 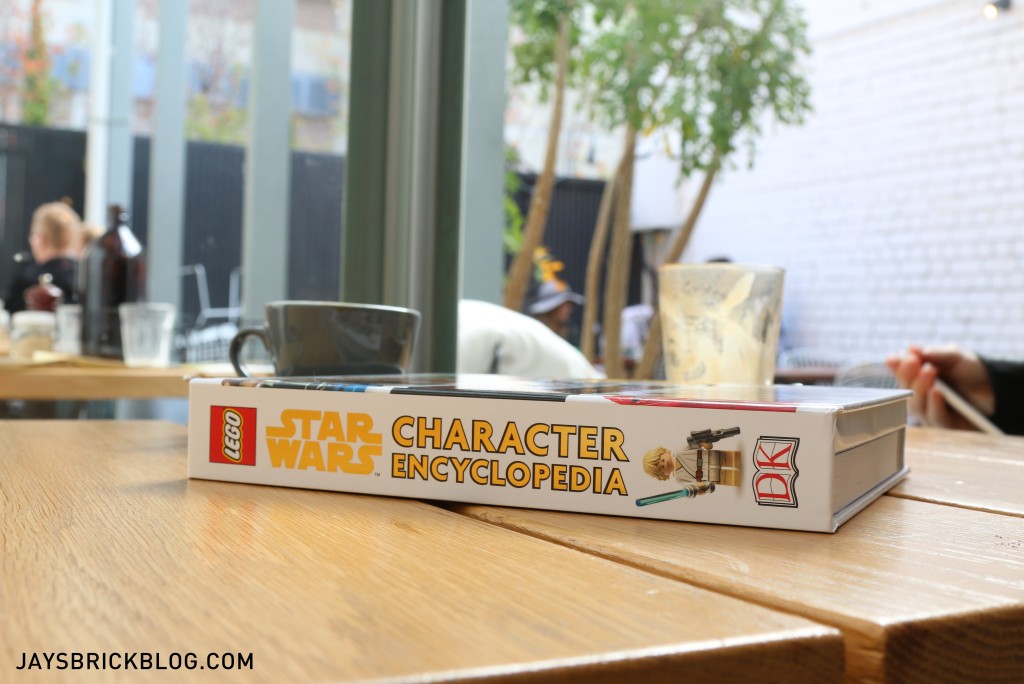 Final thoughts: This is my first Star Wars character encyclopedia and I really enjoyed the entire book, despite not being the biggest fan. There’s a lot to love with the book, and could make the perfect gift for your LEGO-obsessed friends. The book is designed really well and contains really cool bits of trivia about the unfathomably huge world of Star Wars minifigs and characters.

The LEGO Star Wars Character Encyclopedia: Updated and Expanded retails for $29.99 in most bookstores, although you can usually find it on offer for about $20 depending on when and where you shop.

Thanks for reading my review! Share your thoughts on the White Boba Fett with me in the comments. Would love to hear if you prefer the newer version over the more classic minifig.

Once again, special thanks to DK Australia for providing me with a review copy. For the latest updates and news on upcoming LEGO book releases, you can follow them on Twitter or Facebook.