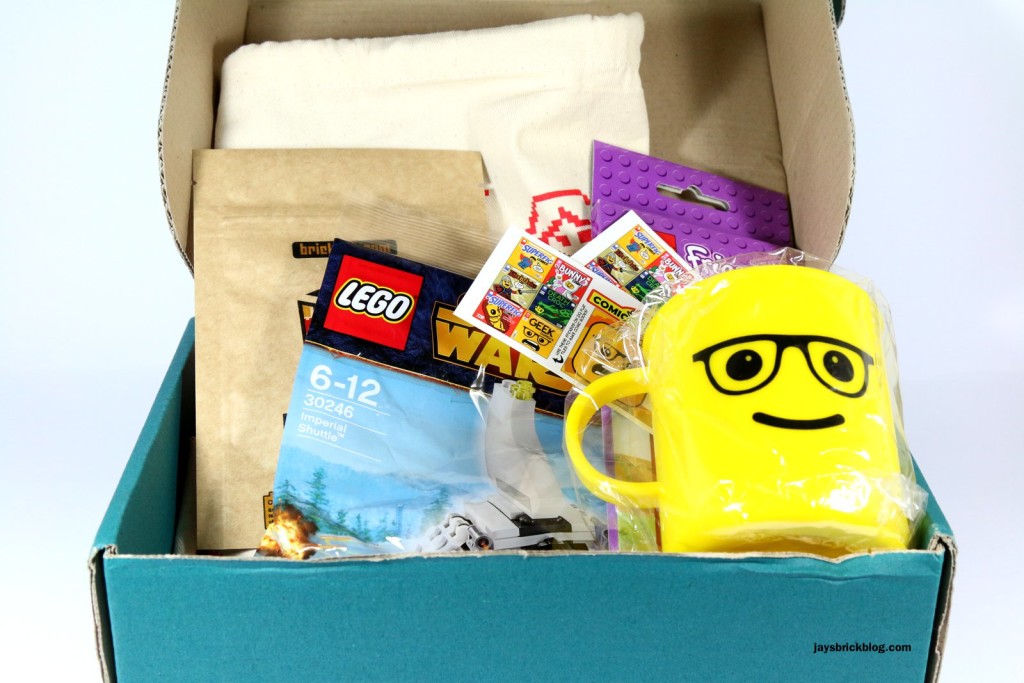 A couple of days ago, I received my May Brickpak and after opening it, was kind of glad that I had recently cancelled my Brickpak subscription. I was away in Japan in April, so I didn’t have a chance to review it, but I was pretty let down by the contents when I opened it.

I reviewed the very first Brickpak in March but left feeling a little underwhelmed. Despite that, I kind of liked the whole idea of mystery LEGO crates, so I decided to give them a go and see if subsequent Brickpaks would be more interesting. 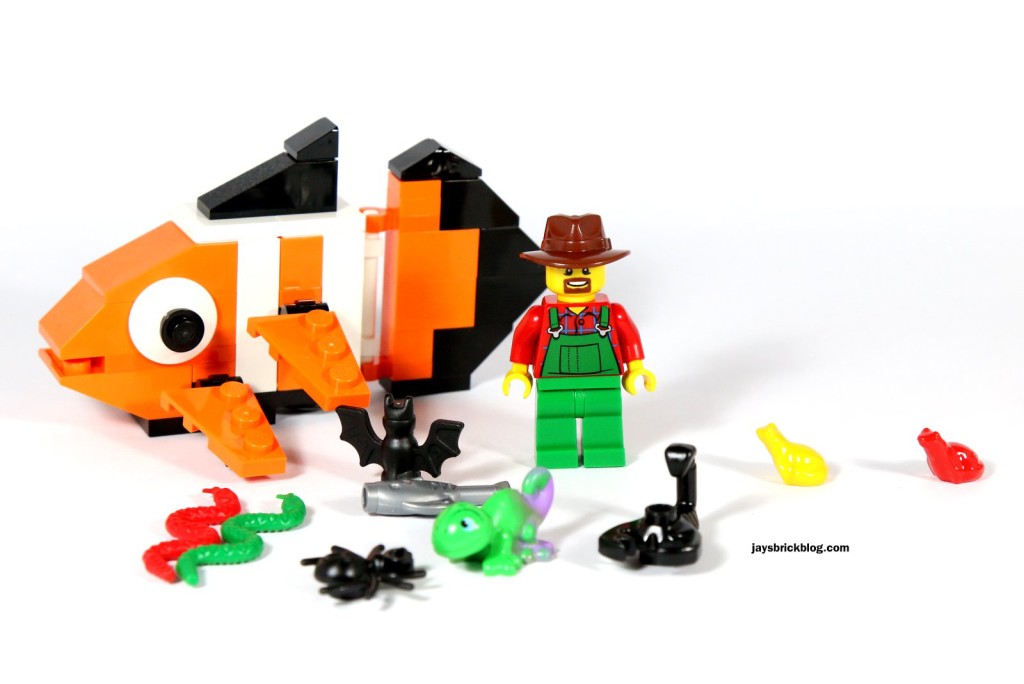 These were the only items that I liked in April’s Brickpak. It was Animal-themed, and the farmer and various little critters didn’t excite me all too much. The Clownfish polybag was nice, but it just didn’t feel enough to justify the total pricetag. 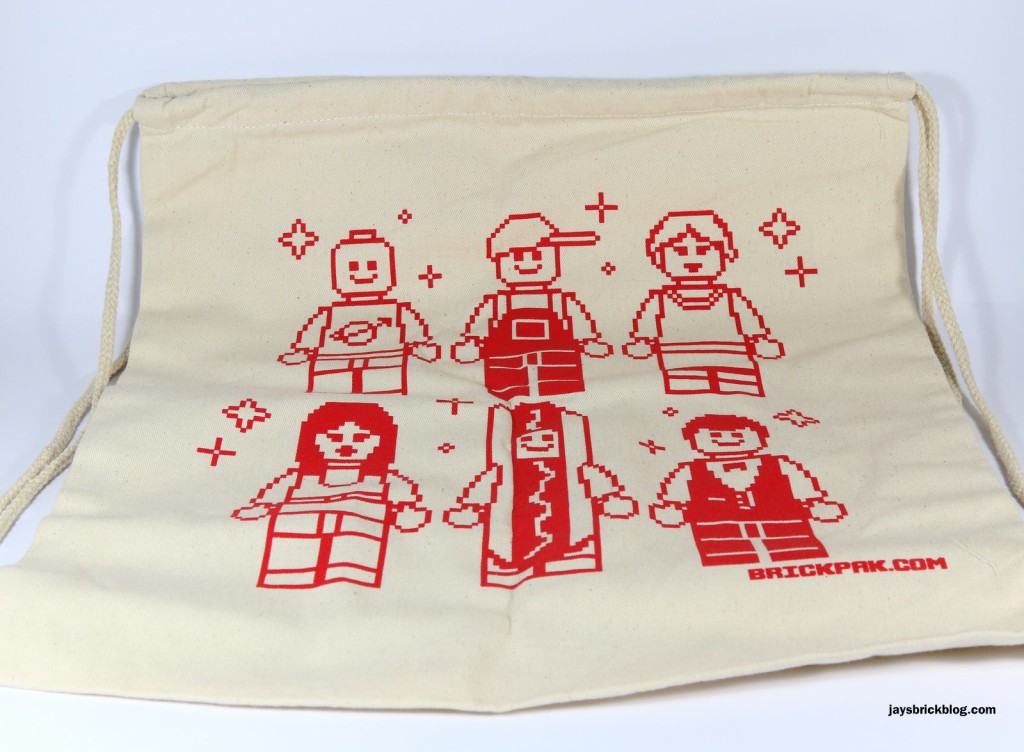 May’s Brickpak theme is Nerds and Geeks, and the first thing that popped out was a linen drawstring bag with 8-bit LEGO minifigs printed on it. Featuring popular characters like Hot Dog Man and a dude with a Classic Space torso, the bag is okay. I’m in my mid-twenties and it’s not something that I will ever use or wear outside the house. 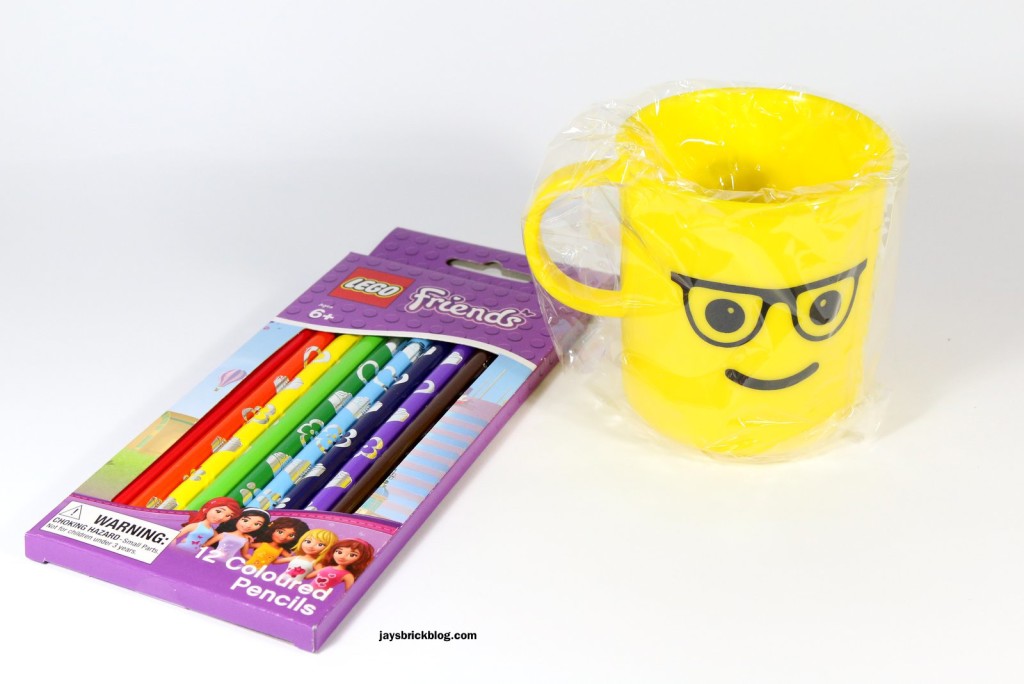 Next was a yellow cup with a LEGO minifig’s face printing and LEGO Friends colour pencils. Again, not my cup of tea. 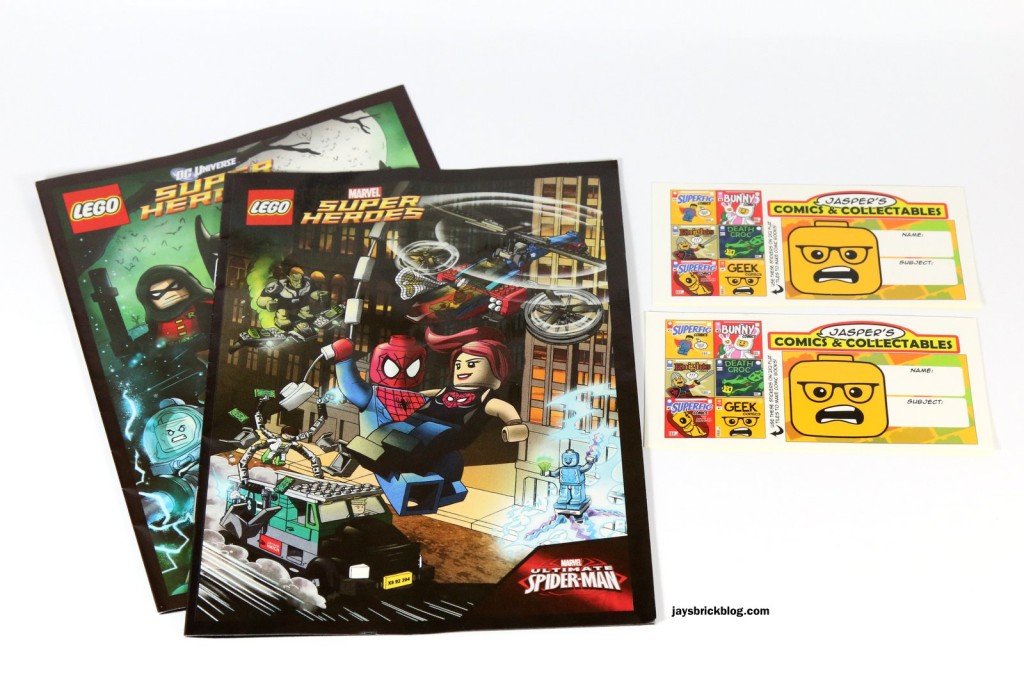 More geeky-themed items like 2 LEGO Super Heroes comic books that you get from DC (2013) and Marvel (2014) Super Heroes sets. If you’ve ever bought a medium to large-sized Super Heroes sets in recent years, you’ll probably already have them, if not multiples. 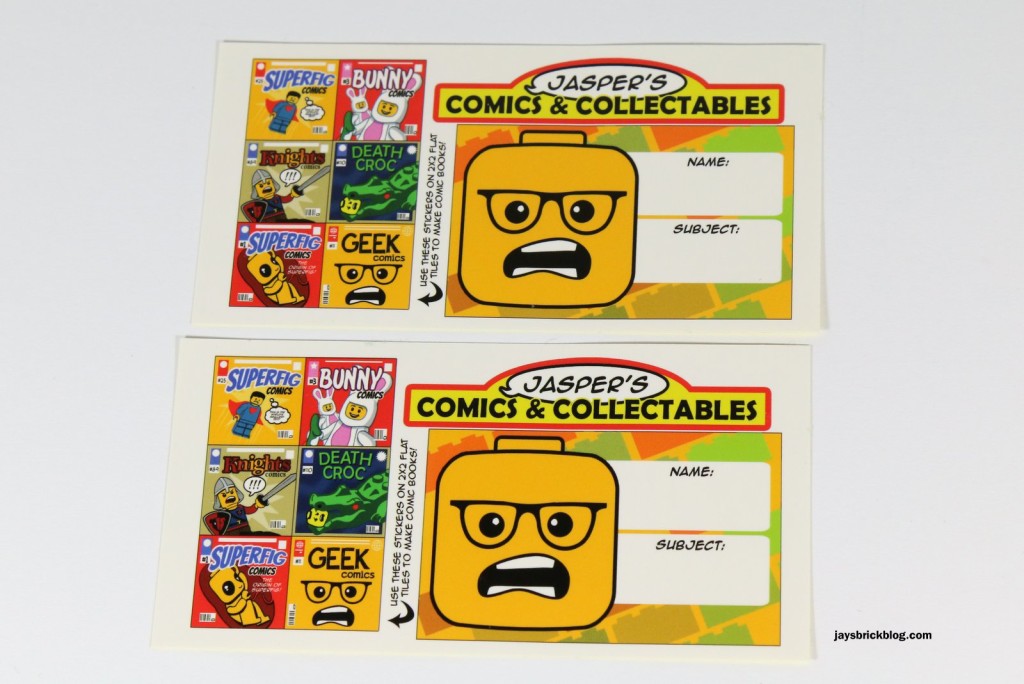 The stickers were decent – they’re meant to be stuck on tiles to create comic book accessories, which is pretty cool. 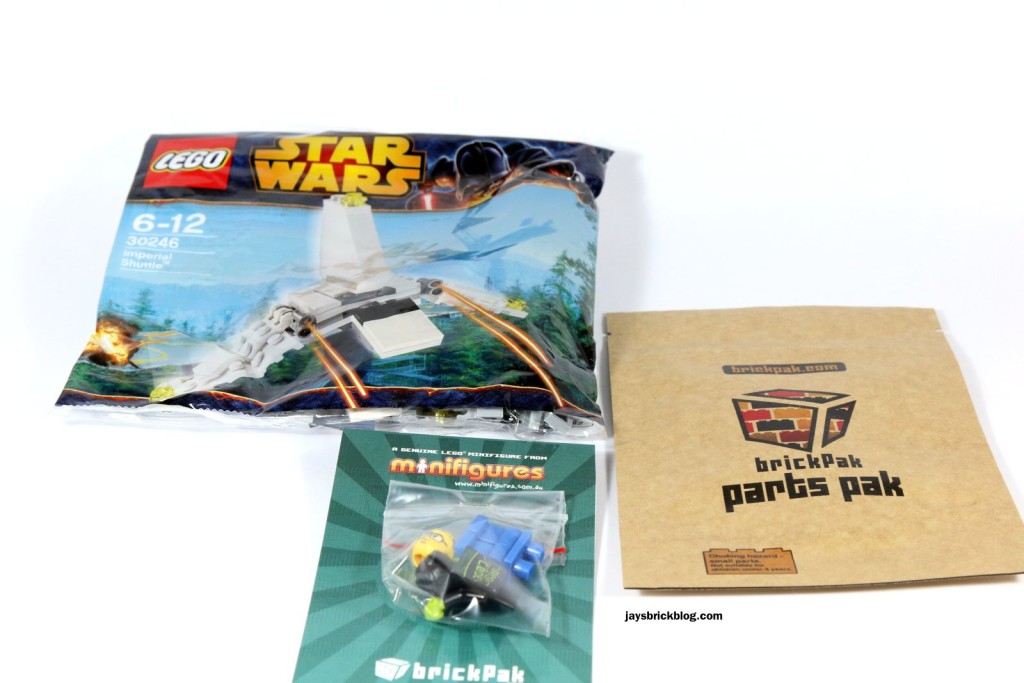 And here’s the deal-breaker, the actual LEGO contents. As usual, there’s a minifigure, a parts pack and a polybag – which is the Star Wars Imperial Shuttle. The polybag is pretty decent, but isn’t all that rare of expensive. Bricklink’s 6-month average sale price is about $5.26 so it’s not too hard to get. 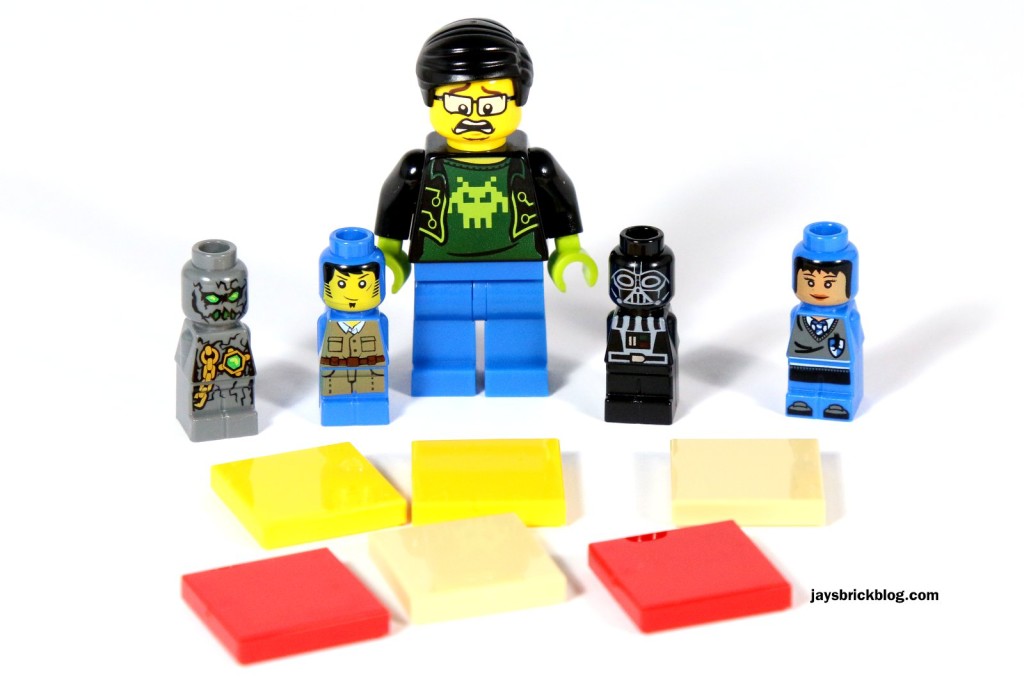 The parts pack and the minifigure were pretty meh. You get 4 Microfigs and 6 tiles (for the comic book stickers). The Darth Vader and Johnny Thunder microfig are my favourites, but it’s not something that sends my pulse racing.

The minifigure is decent-ish – his torso is from Terabyte that comes with 70165 Ultra Agents HQ, so it’s rare-ish in a sense.

Honestly, for $30, it just felt like a whole load of nothing. For that price, I felt that I would’ve been way happier buying parts I actually would use on Bricklink or even buying any $30 and under set.

I used to think that Brickpak would be more suited for younger kids who would enjoy the random surprises and LEGO trinkets, but after pondering over it for a while, I think you’re still better off buying actual LEGO or random LEGO merchandise/stationery from the likes of K-Mart and Big W. 30+ bucks a month (inclusive of shipping) adds up in the long run, and there’s only so many LEGO-themed caps, shirts or bags you can own.

As an Adult fan of LEGO (AFOL), there’s even less value in these mystery boxes. With so many great sets out on the market now, I just figured my LEGO budget would be best spent elsewhere.