These sets will be released to support the upcoming third Thor movie, Thor: Ragnarok which will be in cinemas in late October/early November and is actually my most anticipated Marvel movie of the year.

If you haven’t watched the incredible trailer for Thor Ragnarok, you totally should. I have full confidence that Taika Waititi is going to do an amazing job with the movie.

There are no official pricing details yet, but I’m going to make a few educated guesses on the pricing based of the current pricing of Marvel Super Heroes sets. I’ll update this when the official pricing gets released.

The release date for the Thor: Ragnarok sets should be in August 2017, as per news out of the Toy Fairs earlier this year.

Here are my brief thoughts on the sets. 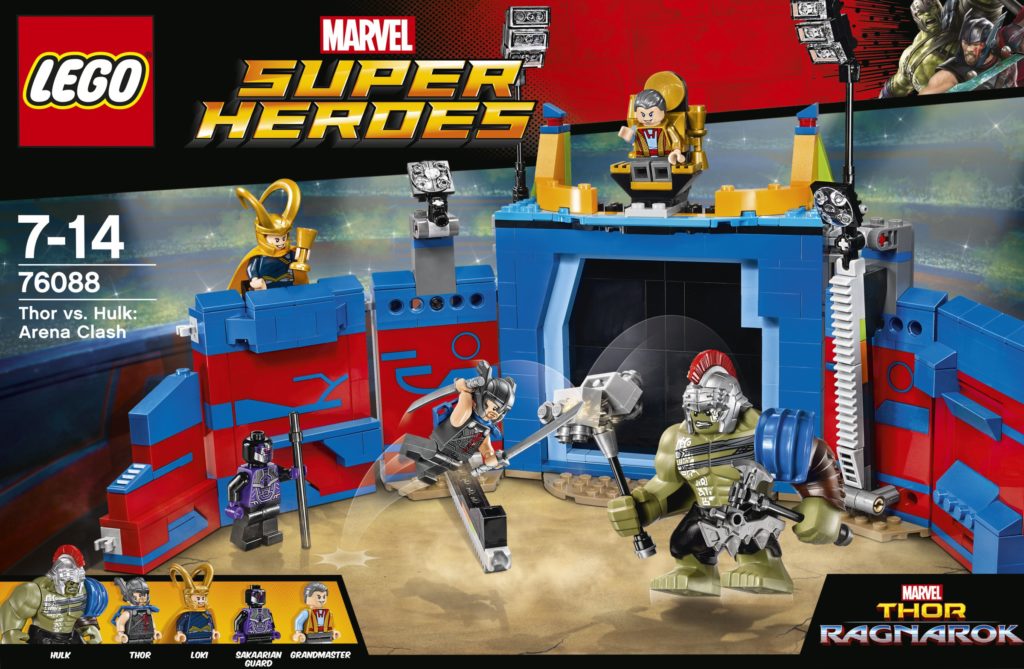 This is bound to be the set to pickup as it contains The Hulk in Sakaarian Gladiator armour. The shoulder pauldrons and moulded helmet should make him a really great addition to your Hulk collection. Battling The Hulk is Thor who is also in gladiator gear, which includes that sweet new winged helmet.

Rounding up the group of minifigures is Thor’s primary adversary and step-brother, Loki, the Grandmaster, a mysterious character that’s related to The Collector who is also played by Jeff Goldblum, as well as a Sakaarian Guard.

The set itself looks pretty bare with a very small, but very colourful wall sections with some viewing platforms. The colour scheme matches the vibrant new palettes shown off in the trailer… but it looks very Juniorised to me.

I do like Loki in his new Golden State Warriors-inspired outfit! 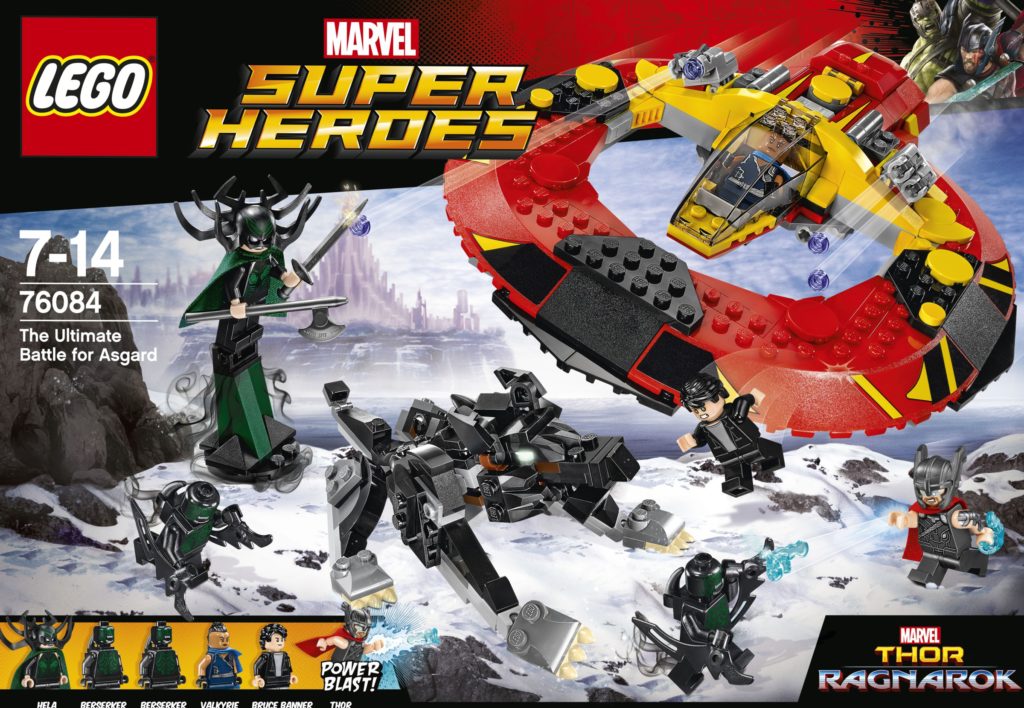 76084 The Ultimate Battle for Asgard

The Ultimate Battle for Asgard sees an epic battle scene unfolding between Hela, played by Cate Blanchett, the primary antagonist of the movie and Valkyrie, a human version of Bruce Banner and Thor who is without his hammer Mjolnir but is instead firing out bolts of energy from his arms.

Valkyrie who makes her debut in this movie is piloting a really bizarre looking doughnut shaped red and yellow spaceship… which also looks pretty kiddy and juvenile.

This set is pretty much a glorified minifigure pack, but since it contains a ton of major characters AND the first Bruce Banner minifigure, this should do quite well. I just hope it’s not too expensive.

So that’s it for the reveal of the two Thor: Ragnarok LEGO sets! What do you think of the designs and minifigures?

Overall, the minifigures look sensational, but I am dreading the actual sets.