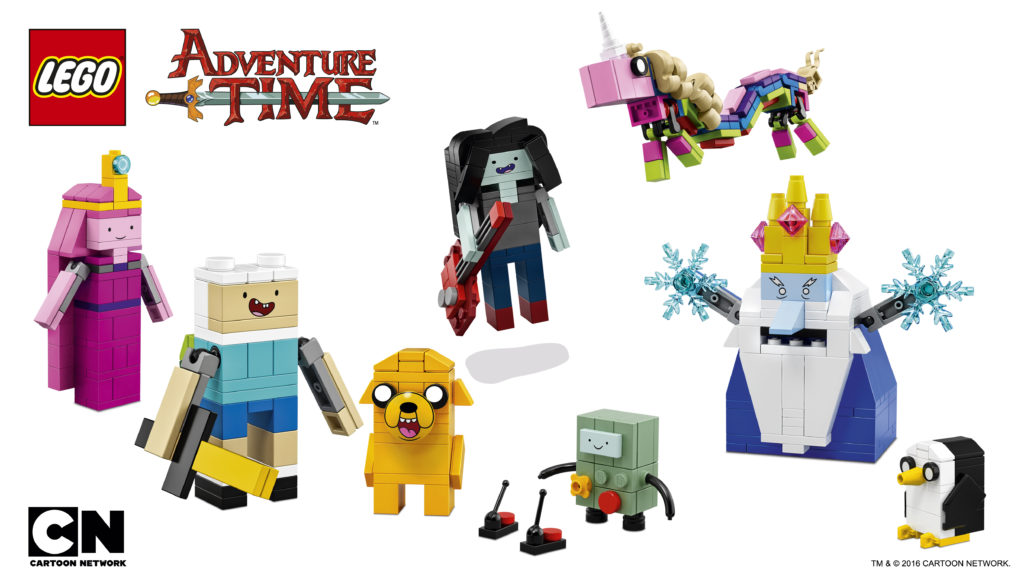 The LEGO Ideas blog have given us our first official look at the upcoming LEGO Ideas set – 21308 Adventure Time and it looks pretty damn awesome!

We’re still quite far off from the official launch date of the set, which has been earmarked as 1 January 2017 but it’s great that we get an early look at the set. 21308 Adventure Time will cost US$49.99 in the United States, so I would expect it to cost AU$69.99 in Australia.

I really like that we seem to be getting a whole load of printed elements which is very, very nice of LEGO. I had initially been quite fearful that we’d only get stickers, but now that the official photos have been released, it definitely looks like they’re all printed elements.

The set weighs in at 458 bricks, so it should provide a decent amount of fun.

I love the entire look – they’ve nailed most of the character designs quite well except for maybe Jake which looks kinda weird and rigid. As a whole, 21308 Adventure Time looks like it’s shaping up to be a great display set with some playable elements built into it.

Definitely can’t wait for this one, and it has shot all the way up on my Most Wanted List.

What do you think of 21308 Adventure Time now that you’ve seen the official photos? Love it, hate it? Let me know in the comments section!