Earlier this week, I managed to clear some time from my impossibly busy schedule (which is why I haven’t been writing much!) to pay a visit to an exciting new LEGO Exhibition – The Brickman Experience by Ryan McNaught.

If you’re a LEGO fan that calls Australian home, Ryan McNaught should be a household name. For the uninitiated, Ryan McNaught or The Brickman as he is fondly known is Australia’s only LEGO Certified Professional . That means he builds LEGO for a living. If you’ve seen LEGO sculptures at toy stores, exhibitions or in the middle of Sydney’s Pitt St, it’s most probably constructed by Ryan. 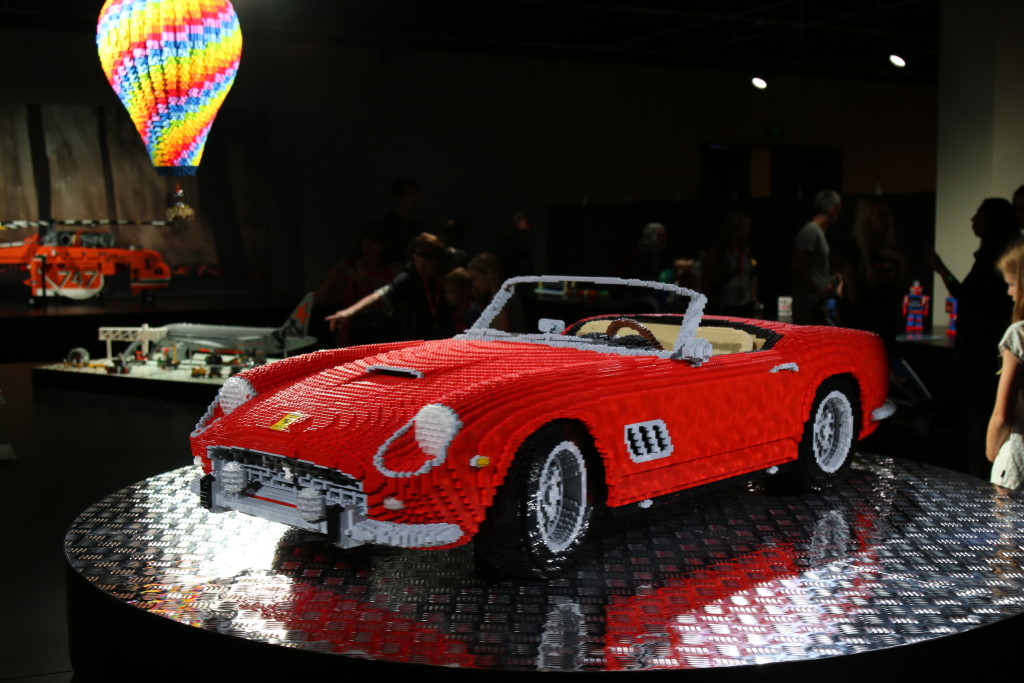 The BrickMan Experience is Ryan’s very first solo exhibition in Australia. It’s very much a collection of some of Ryan’s most iconic masterpieces which show off the incredible works of art that can be achieved by locking thousands of LEGO bricks together. 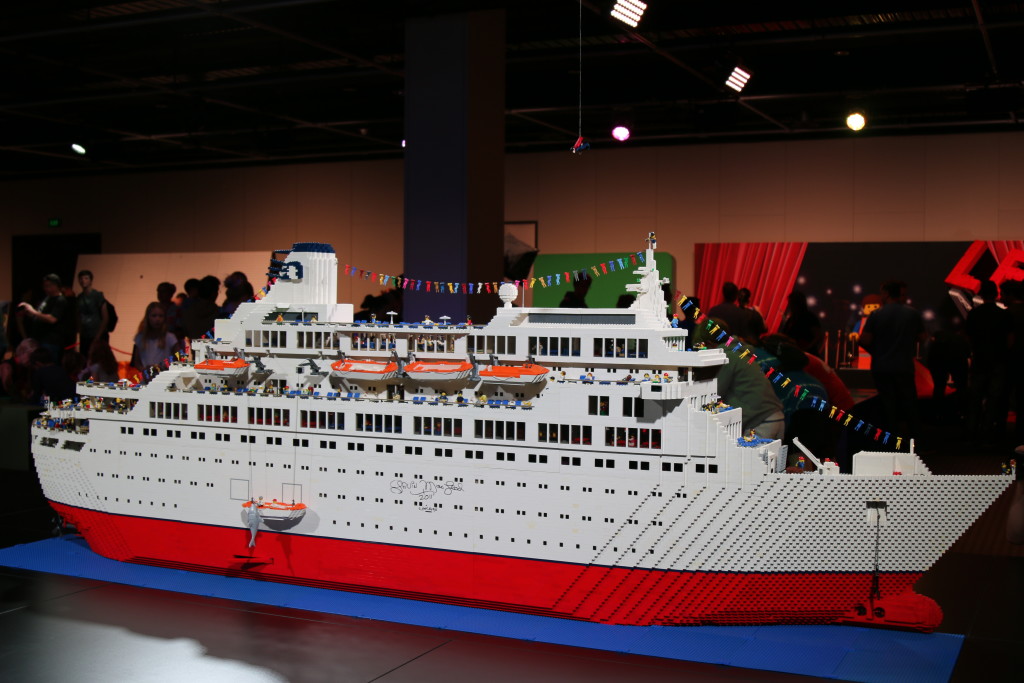 Here’s what to expect. A large exhibition spread throughout two large conference rooms (and some corridors) which contain beautiful and intricate LEGO creations by Australia’s favourite LEGO builder. If you’ve attended LEGO events like Brickvention, you should be in familiar territory but Ryan’s builds are on a whole other level. 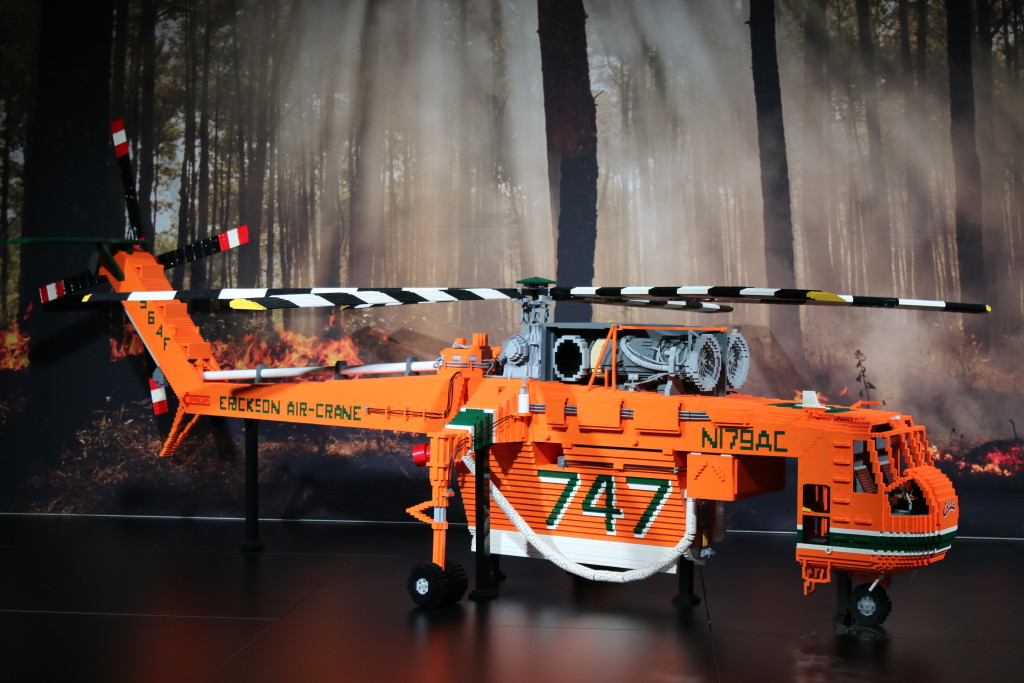 Ryan shows off his incredible talent at creating massive LEGO models like the Elvis Erickson Air Crane above, which received worldwide news coverage when it was destroyed by vandals while on display in Cairns, to mind-boggling minifig-scale dioramas that contain a whole hive of activity, packed with tiny secrets to discover. 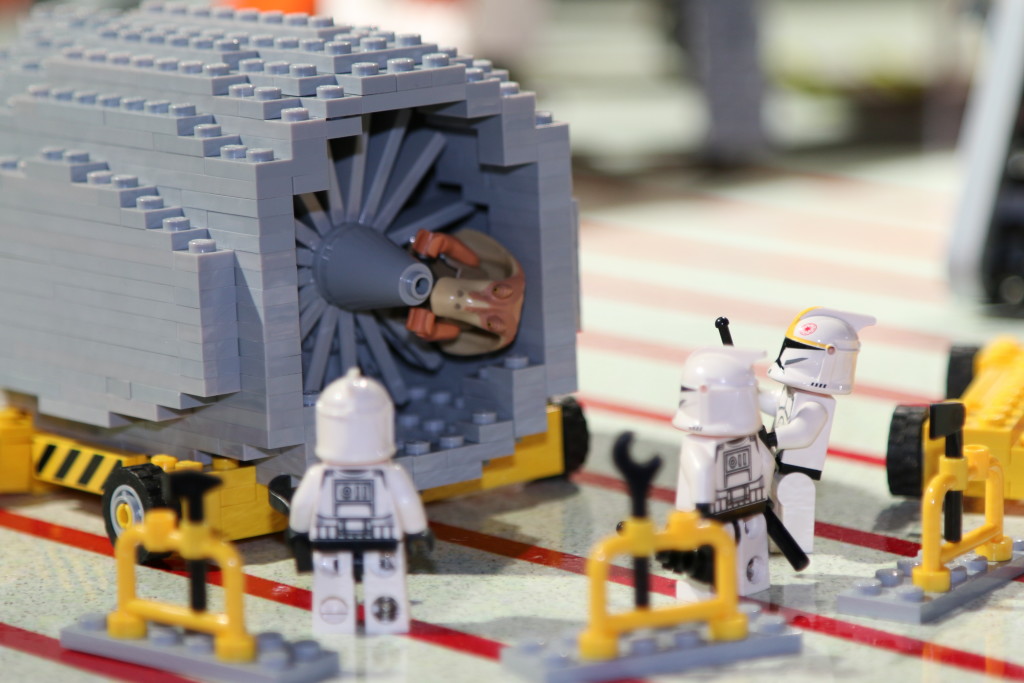 My personal favourite thing about Ryan’s creations are all the little details that he manages to squeeze in to his scenes. Like any LEGO exhibition, the pictures I took really don’t do all the models justice. You really have to be there to experience The Brickman’s creations in full and take your time to browse through all the little Easter Eggs that Ryan loves hiding in his builds.

I really recommend visiting The Brickman Experience as you really get to enjoy all of the LEGO models there to get the full experience. Kids and adults will be able to enjoy all the LEGO onsite and marvel at all the cool models. It’s the school holidays in Melbourne, so do expect quite a lot of kids and families, especially if you’re going for the early sessions. 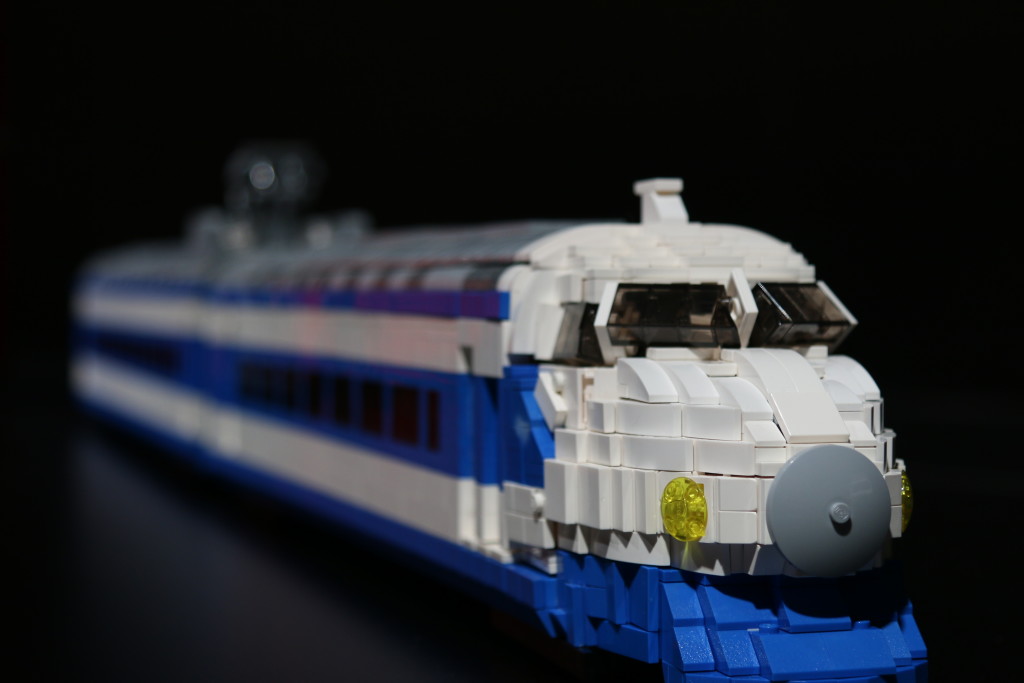 In addition to Ryan’s original creations, the Brickman Experience also showcases models from other LEGO Certified Professionals and Master Builders, which I think was a really cool part of the exhibition as there were models on display that were a little different from Ryan’s signature style. 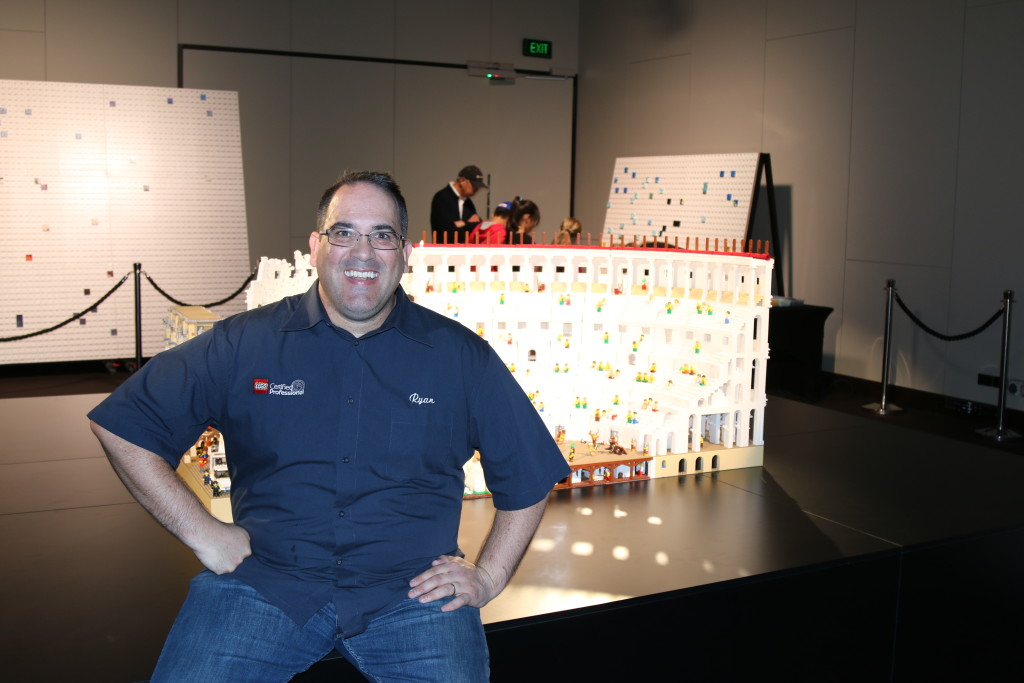 Ryan McNaught at The Brickman Experience

I visited the very first public session on the 31st of March and Ryan was fully on hand to chat to visitors, explain his builds and was an incredibly cheerful and energetic presence in the room. He was super approachable so if you’re at the session and you see him, don’t be afraid of saying hello. He’s one of the most amazing and positive personalities in the Australian LEGO community and is a blast to converse with.

Is this your first exhibition that you put together?

Yes it is. I’ve always had models scattered around at various shows and bits and pieces but for my very own exhibition, this is my first! I really hope you enjoyed it here!

What was it like putting on your own full-blown exhibition?

When I was first setting up two days ago, it was mental. With a few models like this (the Colosseum) which I haven’t seen in a few years, it felt a lot like a reunion where you see your old friends again. 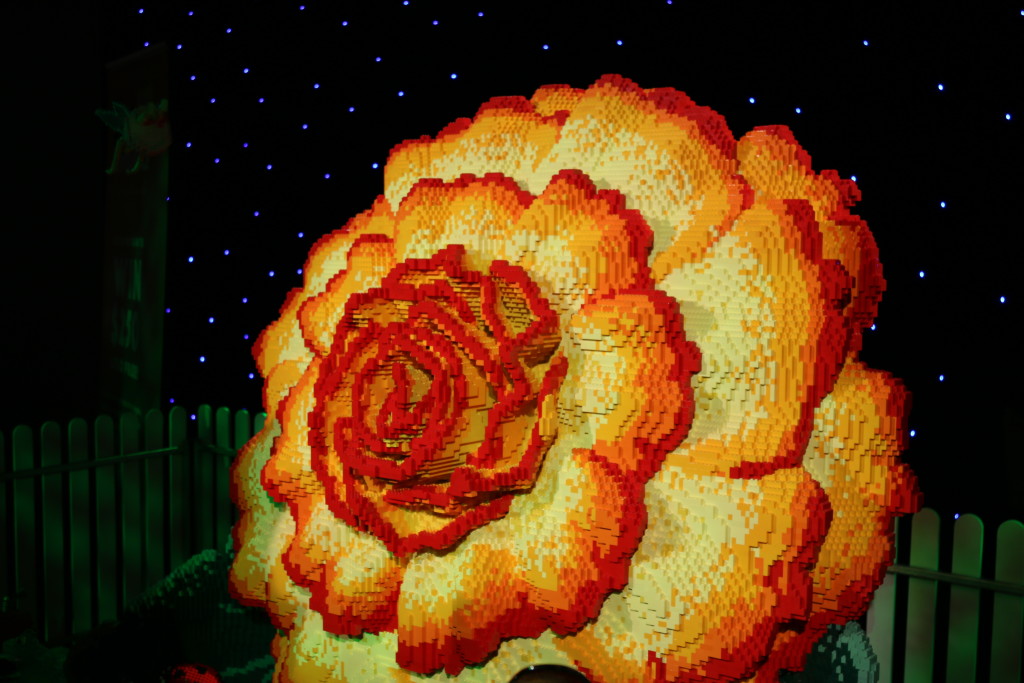 Did you rebuild most of the models here?

Most of the models here are glued, so no. A few of them here like Elvis and the Love Boat do take a good half a day to set up. Some of them are a little simple like the Colosseum here which I just pulled right out of the box. 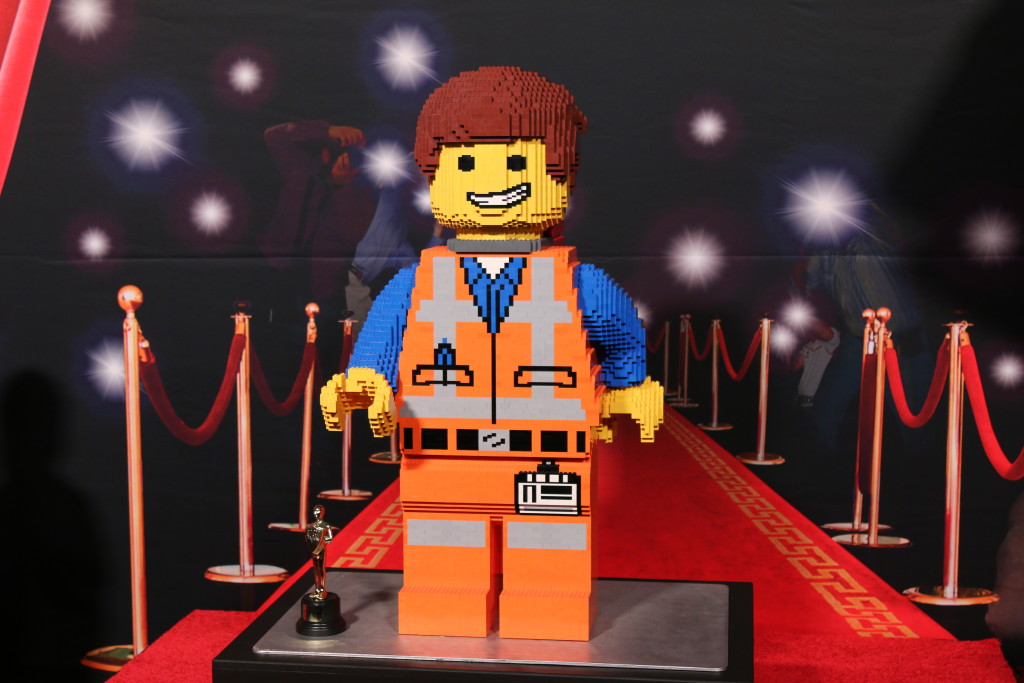 Emmet on the red carpet

What is your favourite model here and tell us more about it.

Well, that’s a tough one. Elvis is very close to my heart but I’ll have to go with the Colosseum. I built it back in 2011 for a museum in Sydney , the Nicholson Museum,. They actually have Australia’s largest collection of Roman antiquities. They actually had real items and artifacts from Rome and the Colosseum itself.

They needed something to get kids to come into the museum so I said “why don’t I make a LEGO one?” The way we decided to do it was to make half as it was in 100 AD when it was in its prime with gladiators and all that to incorporate a bit of history to it and half as it was now.

It went mental. The museum broke all records for attendance. Subsequently, we did the Acropolis and recently Pompei which was awesome. The Colosseum actually belongs to the museum and as part of this touring exhibition, they loaned it back to me. 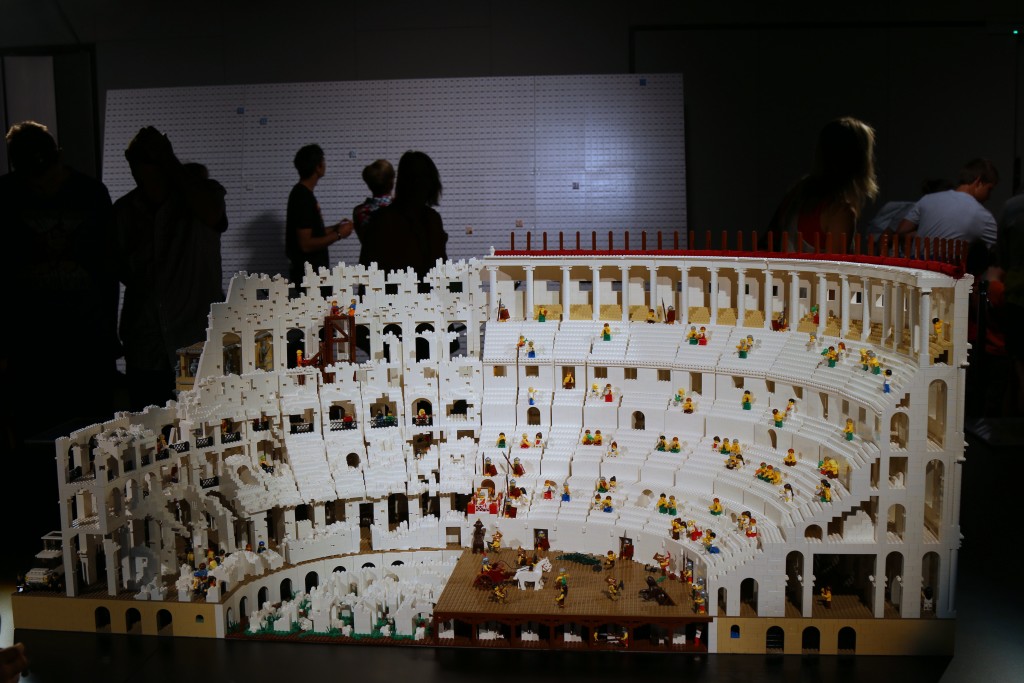 Your signature building technique is hiding a lot of things in your models. Anything fans should look out for?

Definitely! For the last two and a half years, I’ve had the same minifig – it’s not me, it’s a friend of ours hidden in every minifig-scale models. He’s on just about every model.

Here’s  a clue, he’s always got a bottle in his hand!

I usually have a few fun and actiony bits and pieces – especially in places where you don’t expect it. 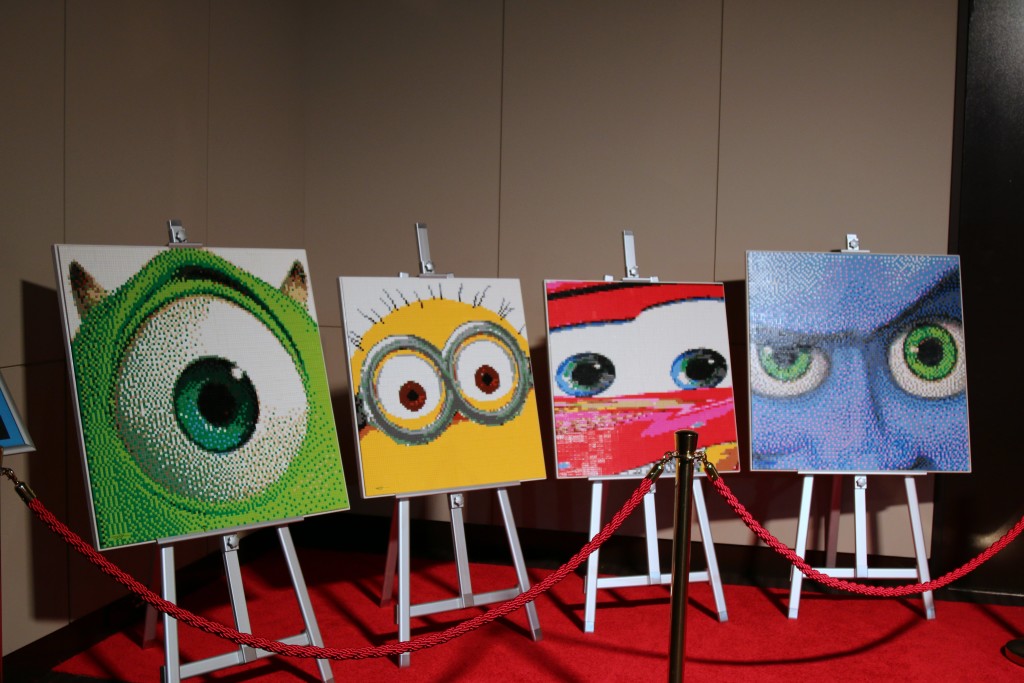 What’s next and do Sydney fans have anything to look forward to?

We’re heading to Sydney next so that should be a lot of fun. I’m currently working on an A380 for Qantas. I’ve build one years ago but this one should be bigger and better.

It’s going to do some work for Qantas first but it should make its public debut in Sydney. I’m really excited about seeing the fans reactions to it.

I had a blast at the Brickman Experience and highly recommend going for a session if you’re able to. What better way to experience outstanding LEGO models and support one of Australia’s most passionate LEGO ambassadors!

I’ll share more pictures on my Facebook page when I get access to a proper internet connection. I’m actually typing this from an airport now! Please excuse any weird formatting errors, I typed most of this post on an iPad which isn’t ideal!

Have you gone to the Brickman Experience? Let me know what you thought about it and what your favourite exhibits were in the comments!