Apologies if this is a super shabby post! I’m actually away on a mini getaway and have no access to a computer so I’m posting from a phone!

I just wanted to share some important details with you about the Brickober 2015 sets so you get in while you can!

The new Brickober 2015 sets were revealed some time ago, featuring a sequel to last year’s range of mini modulars. 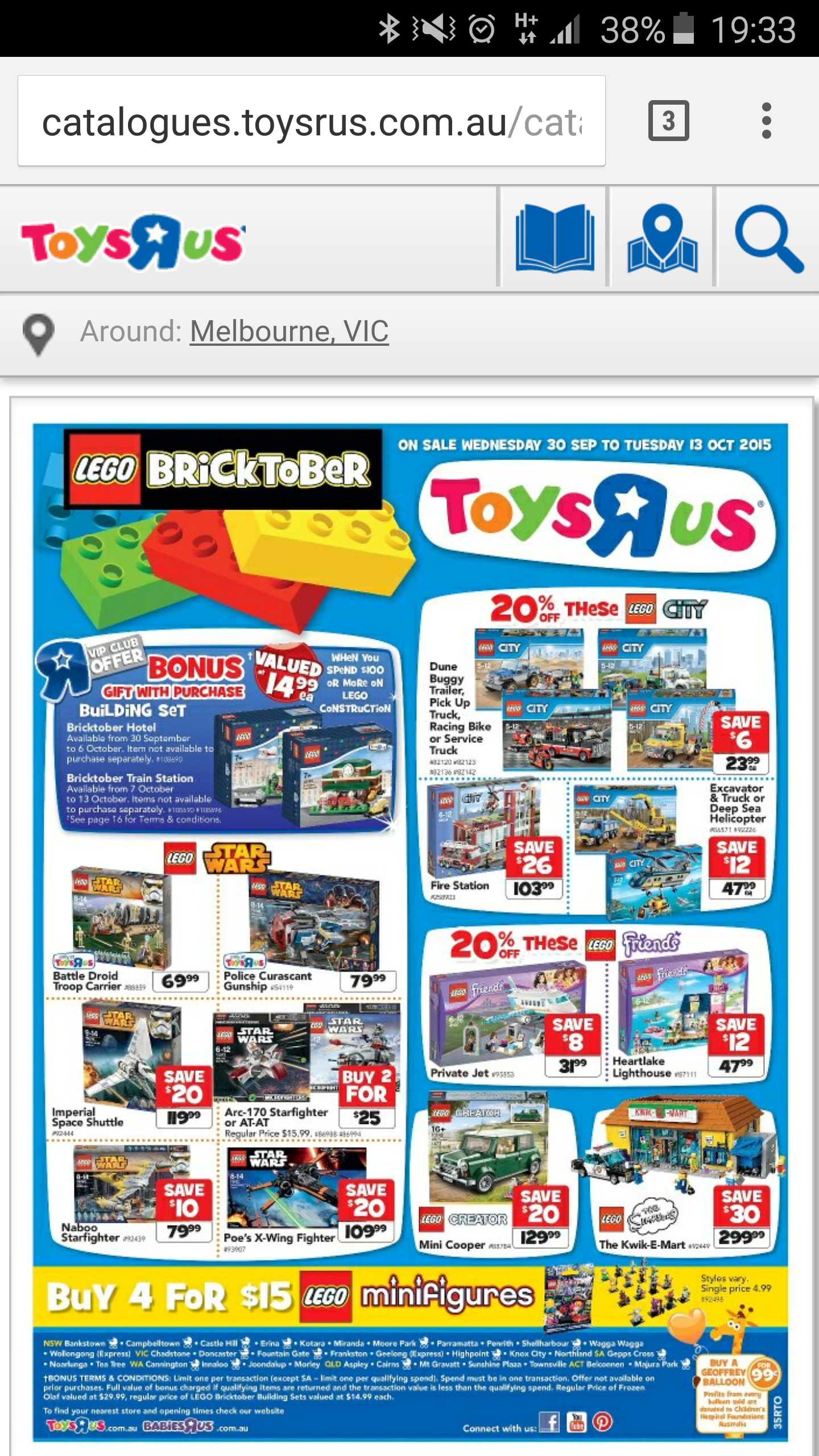 The new Toys R Us catalogue has gone up with details on the Australian promotion. Good news is that we’re getting the sets. Bad news is that according to the catalogue, you’ll need to spend $100 on LEGO to get them.

This year, Toys R Us Australia is splitting up each mini modular so that you can only get it within a specified time window. A bit of a pain… But! 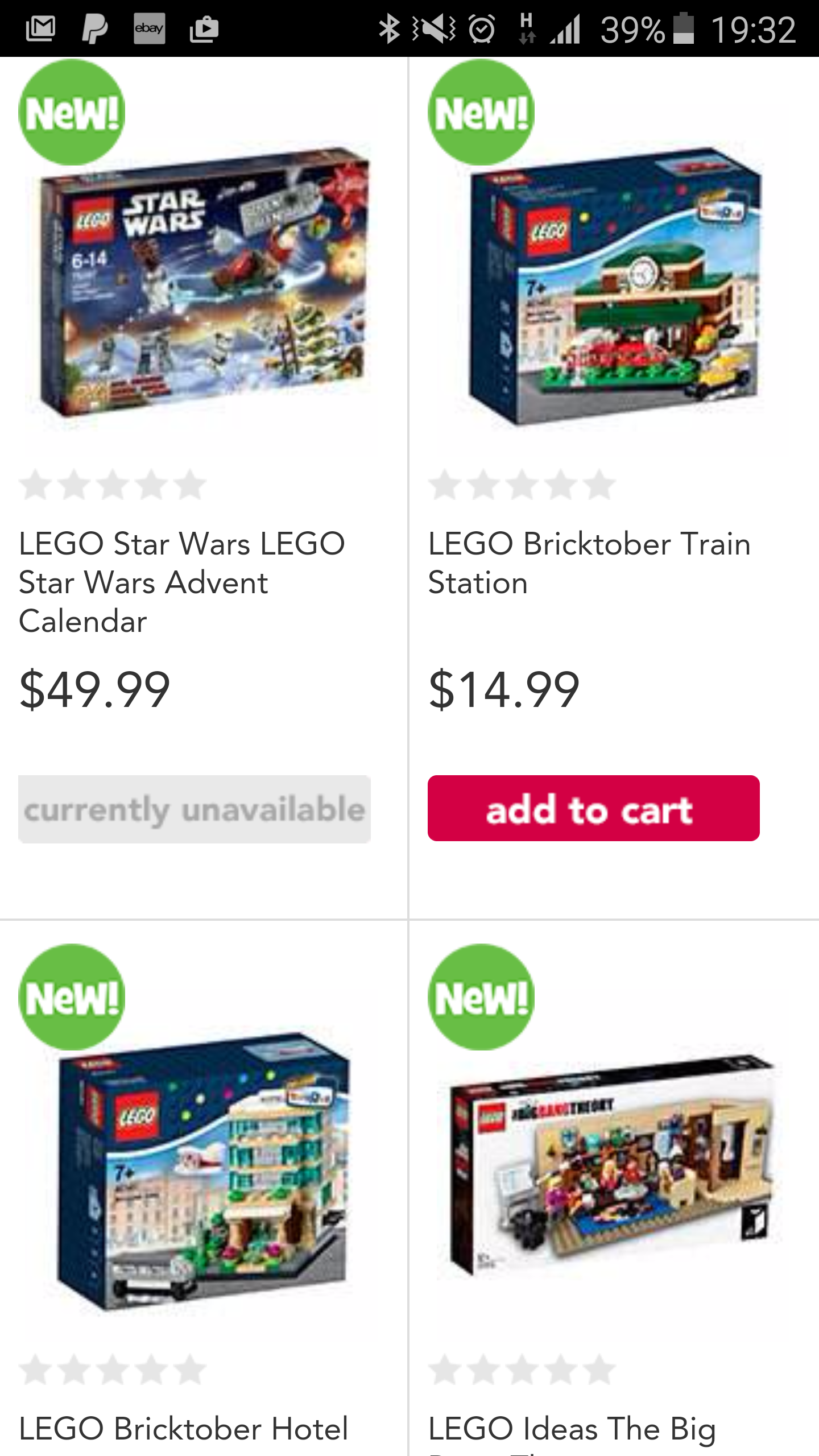 The first two sets have gone up online just like last year! You can purchase them individually and it seems that there are no purchase limits at the moment.

Even if there’s no purchase limits, I urge you to not go crazy and just get what you need and leave some for your fellow LEGO fans 🙂

I really recommend that you buy them immediately before they get taken down or sold out.

Here are the individual links:

If that doesn’t work try this link

Rein it in, deer.

I like surprises, and I was surprised at how well