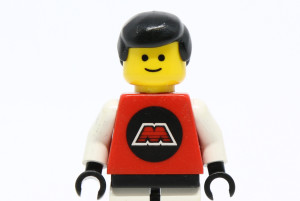 Hello and welcome to Jay’s Brick Blog! My name is Jay and this blog serves as a creative outlet where I can gush about everything I love about LEGO.

Jay’s Brick Blog is a LEGO blog with a distinctive Aussie flavour that primarily focuses on high quality editorial content and perspectives from an average guy with an above average love of LEGO.

I’m here to help you make better purchasing decisions when it comes to LEGO, regularly writing LEGO set reviews to help you decide how to best spend your hard-earned dollars, and make the most of your LEGO fan experience.

This blog is all about celebrating the love of LEGO, sharing exciting news and being a hub for LEGO fans to connect with one another. Jay’s Brick Blog is a Recognised LEGO Fan Media (new designation for recognised LEGO User Group).

I mostly enjoy writing independent and comprehensive LEGO set reviews, updates on LEGO news and sales and sharing my perspectives and thoughts on the latest LEGO news.

I have an extensive collection of LEGO Set Reviews that’s curated in the Review Hub.

Whether you’re a brand new LEGO fan, someone rediscovering your love for LEGO or a seasoned collector/builder, I hope to write LEGO content that everyone can enjoy.

If you have any questions or would just like to geek out with a fellow LEGO enthusiast, you can email me at: jaysbrickblog [at] gmail.com.

I’m in my early 30s, and live in the wonderful city of Melbourne, Australia.

I returned to LEGO in 2010 after a hiatus (Dark Ages) of over a decade and began writing this blog in late 2010 to document my return to this hobby.

I have an eclectic taste in LEGO, focusing on collecting themes such as Super Heroes to Friends to LEGO Minifigures. My favourite themes of all time include M-Tron, Blacktron 1, Ice Planet, Divers, Lord of the Rings and DC Super Heroes.

When I’m not writing about LEGO or building, I work in the Marketing Communications industry and enjoy cafe-hopping in Melbourne. I have a crippling addiction to coffee (long blacks only) that almost rivals my addiction to the plastic brick.

If I’ve received an item for review I will always disclose it in my review. As an RLFM (Recognised LEGO Fan Media), I have a direct relationship with The LEGO Group, and sometimes receive sets to review or feature.

I do buy my own sets for review, but am often very lucky to be offered early review sets directly from LEGO. There is no monetary exchange involved in this arrangement, and any sponsored features/reviews will always be disclosed.

This blog uses affiliate links to supplement the cost of hosting and buying LEGO sets! If you click on a link to a LEGO product and purchase it (or anything else) on the site, I receive a small commission!

It’s a tiny amount (less than the cost of a coffee) but it goes a long way in supplementing the costs of running this site!

Thank you for stopping by and I hope you enjoy my blog!

LEGO is a trademark of the LEGO Group, which does not sponsor, authorize or endorse Jay’s Brick Blog. All sets reviewed and featured are purchased on my own unless otherwise stated.