August has been a quiet month in Australia which is understandable since June and July were pretty full on with the Australian Toy Sale. With the new City Arctic, Guardians of the Galaxy, Friends and Star Wars sets starting to show up in toy sections across the country, a good LEGO sale would be very nice. Toys R Us have snuck some LEGO deals into their latest catalogue but it’s nothing great. 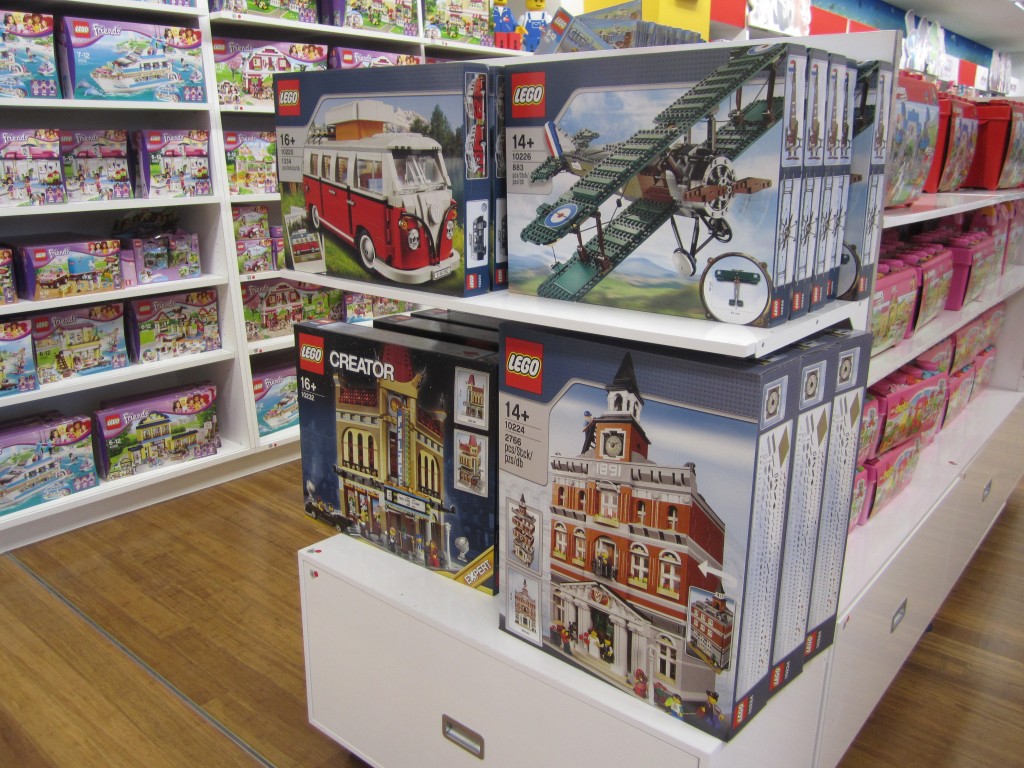 This is not a sale but I thought I’d share this. I was at the Emporium Melbourne’s Mykids (Myer’s fancy toy section) and noted that they had Creator Modular Buildings, namely the Palace Cinema and Town Hall. This is notable because Modular Buildings (except the Parisian Restaurant) were previously only available at David Jones and independent toy stores like ToyWorld. Additionally, they also had tons of City Town Squares, Sopwith Camels and Volkswagen T1 Camper Vans.

This is fantastic news because Myer discounts their LEGO a lot more frequently than David Jones. Would be interesting to see if other retailers like Target, Big W and Kmart eventually get modulars as well. 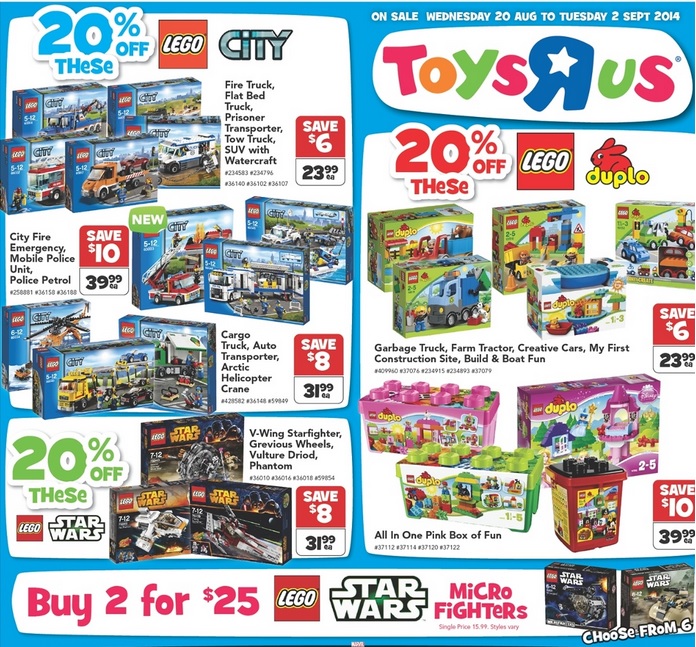 Tucked away at the back of a Babies R Us catalogue is a small selection of LEGO sets discounted by 20%. It’s a mix of old and new Star Wars and City sets.

And that’s pretty much it in terms of new sets on sale. The other sets are pretty uninteresting, having been on sale so many times previously.

You also get 2 LEGO Star Wars Microfighters for $25, which is nothing to shout about.

That’s it for August. Hopefully there’ll be more sales to come. Watch this space for more news and deals!

« Review: LEGO 76020 Guardians of the Galaxy: Knowhere Escape Mission
What is the LEGO City Arctic theme? »