Good news if you’re an Australian Fan of Lego as most of the new 2014 sets are now available across all your favourite retail stores in Australia. The only notable (and irritating) exception is that we haven’t got The LEGO Movie sets yet unlike the rest of the world since the movie only premieres in early April here.

So if you’re itching to get some shopping done and get your hands on the newer Star Wars, Friends, DC Super Heroes, City, Juniors or even Ninjago sets, now’s a pretty good time for some good ole Bricktail therapy(ugh, bad pun, sorry).

I’ll update this page if any new deals or sales pop up! 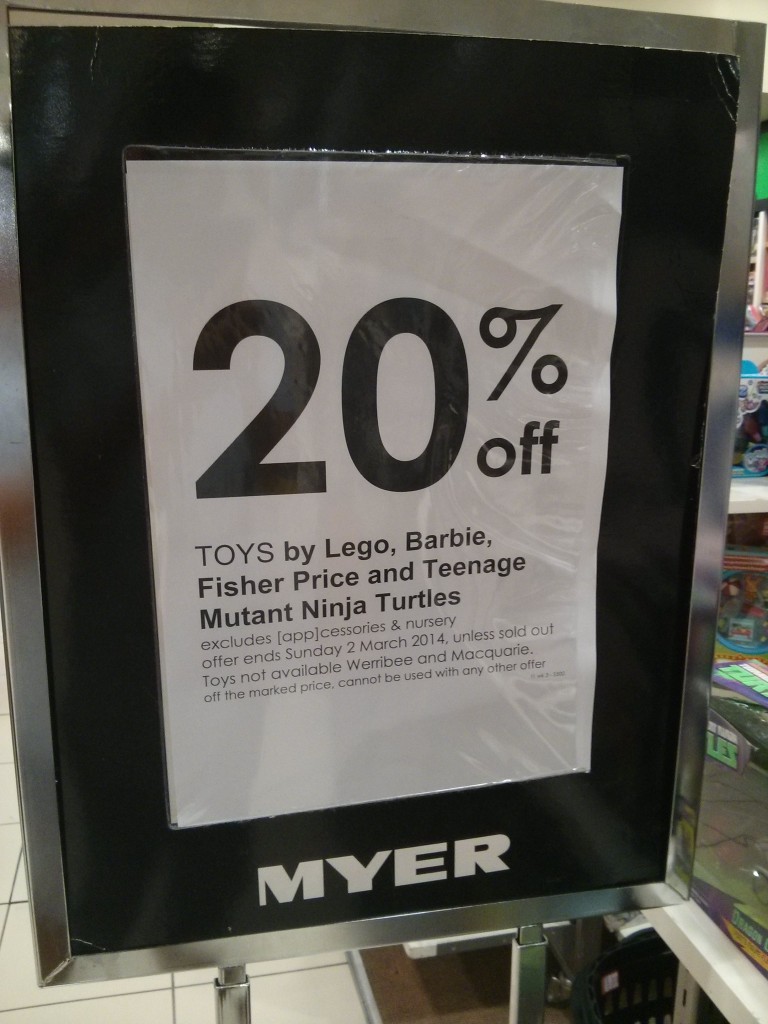 Myer wins hands down this time, with a 2-week 20% off all LEGO promotion till Sunday, 2 March 2014. If you want to pick up the new City, Friends, Star Wars or DC Super Heroes sets and can’t be bothered waiting for a better discount, Myer’s your best bet.

These prices are mad and I don’t think they’re going to last long as more bargain hunters find out about the sales. I strongly recommend picking these sets up immediately because most of the other sets that were previously on clearance are now sold out. Myer has free shipping above orders of $100 as well.

Here are some of the links to the items on the Myer website for your convenience:

Unfortunately, these offers are online only for now, but you could try getting the Myer (or even David Jones) sales staff to price match these if you prefer buying these in person although your mileage may vary based on how accommodating the sales staff may be.

Hopefully Myer continues to discount some of their other sets. I’ve been eyeing a Galactic Titan and the Lord of the Rings Battle at the Black Gate set for awhile and hope to snag them at a really good price. 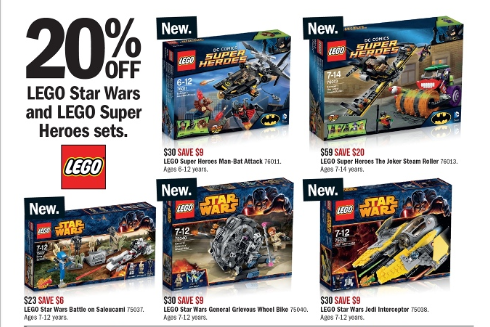 Target have a pretty ordinary 20% off any LEGO Star Wars and Super Hero sets till the 19th of February 2014. It’s almost on par with Myer except that it’s restricted to these two themes. I’ve been to some Targets (Mid Valley Morwell, for example) that still have some R2-D2s and Batman Arkham Asylum Breakouts which should qualify for the 20% discount, which make them pretty decent buys, but for the most part, just go to Myer instead. 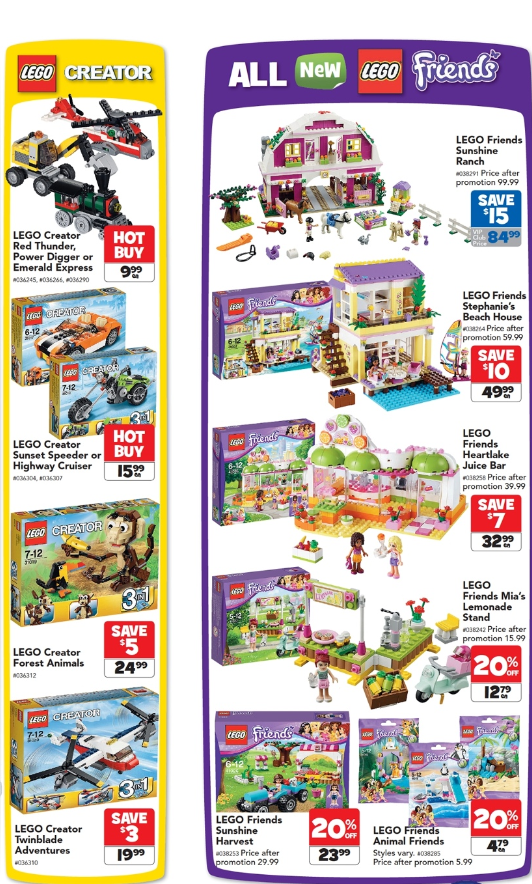 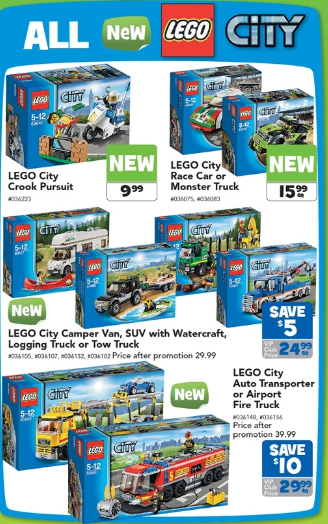 Toys R Us also has a new catalogue which runs til the 4th of March. They have some LEGO on sale but nothing to shout about since they’re pretty much outclassed by Myer’s 20% of sale except some of the smaller Friends sets which have a matching 2o% discount.

I wouldn’t bother if I were you this time.

That’s all for now. Will keep this post updated if anything new pop up. In the meantime, happy shopping! If you bought any new LEGO sets, let me know what you think of them in the comments!