We’re halfway through the month of May and we’re starting to see some new LEGO sales pop up in Australian stores – just in time now that Toys R Us’ LEGO sale has just ended.

It’s pretty much a bad time to buy LEGO since we’re in this awkward period before the Australian Toy Sale (should start next month) and the release of the Summer wave of LEGO sets. That said, it’s awfully nice of Target to chip in with a 20% sale, which should help if you’ve got a retail itch you have to scratch and you can’t bother waiting for the good stuff or the new sets.

Watch this space as I’ll keep it updated with any new sales that I stumble upon. 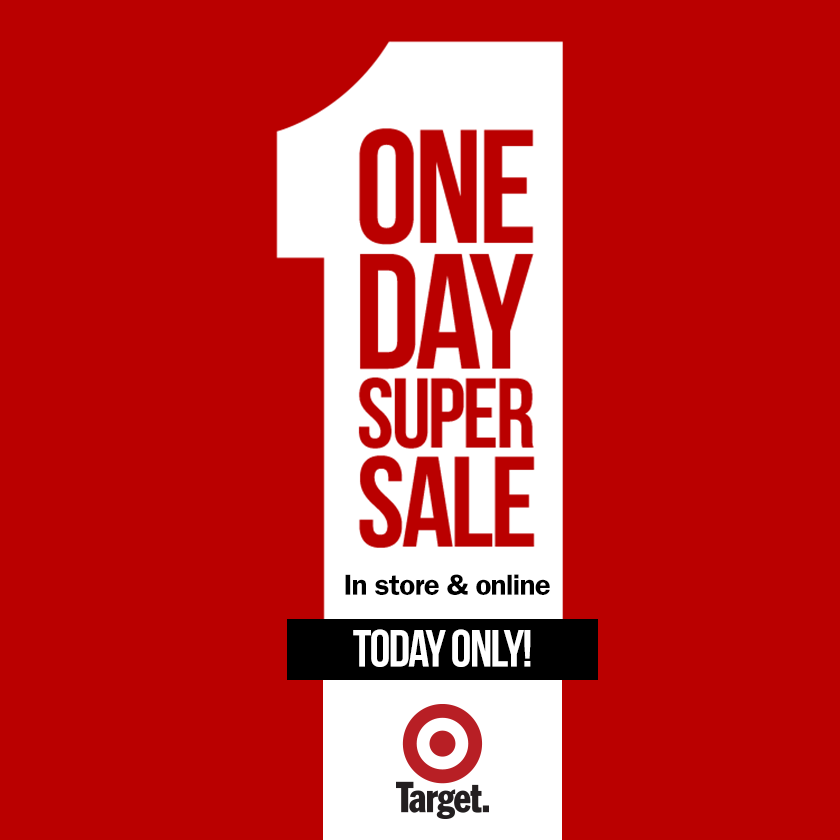 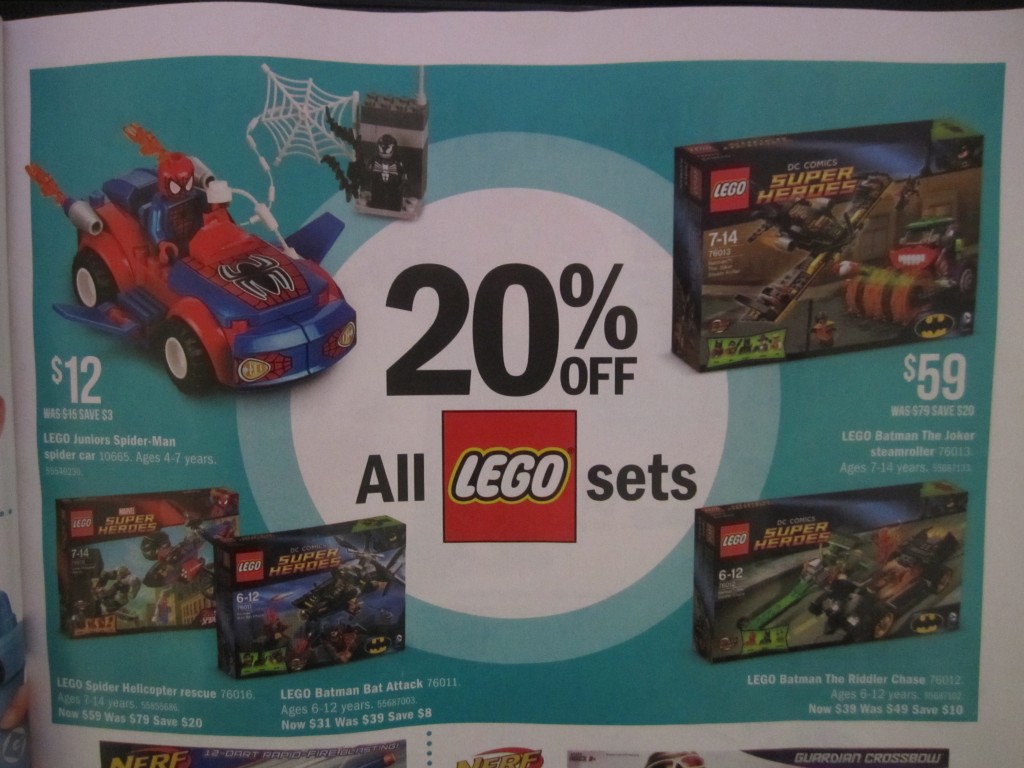 As mentioned, Target have a flat 20% off LEGO sale, and it looks like they’re banking on the recent buzz generated by movies like The Amazing Spider-Man 2 and X-Men to get you to buy some LEGO. A flat 20% sale is nice cause you’re able to just waltz in, buy any set off the shelf and enjoy decent value provided they have what you want in stock. 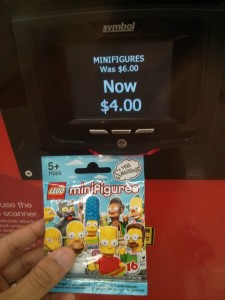 UPDATE: Well, it seems like Target Australia have finally come to their senses and dropped the Simpsons minifigures back to its original price of $5. They are currently $4 due to the 20% sale, so it’s a good time to get your Simpsons minifigs from Target if you’re looking for a decent deal. 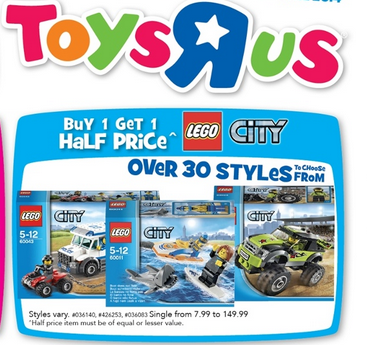 Toys R Us have a neat buy 1 get 1 half price deal for LEGO Cit sets till 3 June 2014. Not a lot of great city sets out at the moment so this may not be the best of sales, but if you’re a fan of LEGO city, this is a great sale since you’re effectively getting 25% off.

Myer has a one(ish) day sale where you can get 20% off LEGO in-store on Saturday, 17 May 2014. The sale starts early on Myer’s website if you can’t be stuffed going outside. A 20% sale is decent but is hampered by it only lasting for a day. That said, Myer have some nice exclusives that you can’t get in Target like the Star Wars Red 5 X-Wing and Architecture line. If you’re lucky, you might even find some CUUSOO sets like Minecraft, Back to the Future Delorean or the Mars Curiosity Rover but it’s more than likely that scalpers have already cleaned up the shelves – I haven’t seen any Deloreans or Rovers in my last few visits to Myer.

« Review: LEGO Simpsons Collectible Minifigures Part 2
“She may not look like much, but she’s got it where it counts, kid.” »