We’re currently neck-deep in every Australian Lego fan’s favourite time of the year, the much-awaited Australian Toy Sale. Which Lego deals are the best? Which retailers are deserving of your hard earned cash?

Going to do a quick write-up of the deals that caught my eye this year.

Kmart this year has been pretty disappointing as they’ve seemingly done away with the deep discounting that we’re used to and have opted instead for a “low prices everyday” strategy. Notably, they’ve done away with their Christmas layby, which is a bummer, but they’ve pledged to maintain they’re low prices all the way till Christmas. 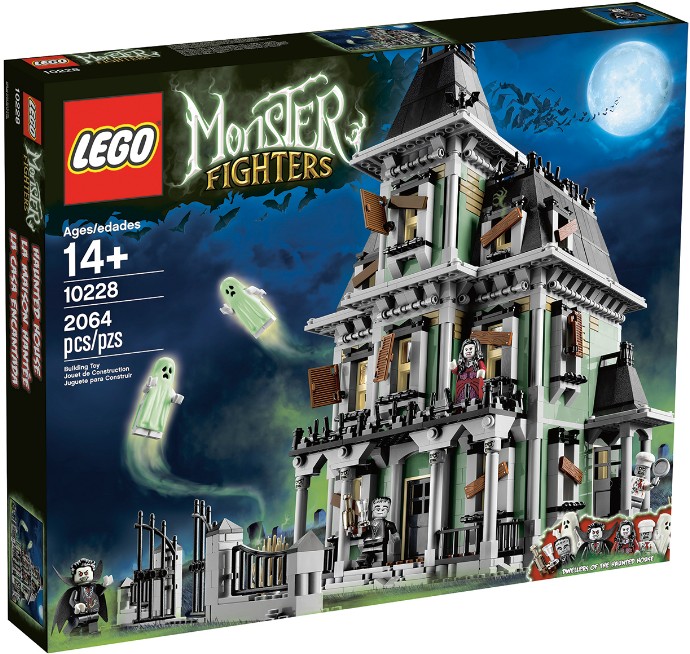 Kmart’s exclusive is the very impressive Haunted House for $249. RRP for the Haunted House, based on Lego.com’s prices is $269.99, so you save about 20 bucks. There are some great sets on clearance in most* Kmarts I’ve visited across Melbourne’s South Eastern suburbs are the following sets:

Like Kmart, Big W doesn’t have a blanket sale but has some pretty decent deals for some newer sets. For exclusives, Big W have got 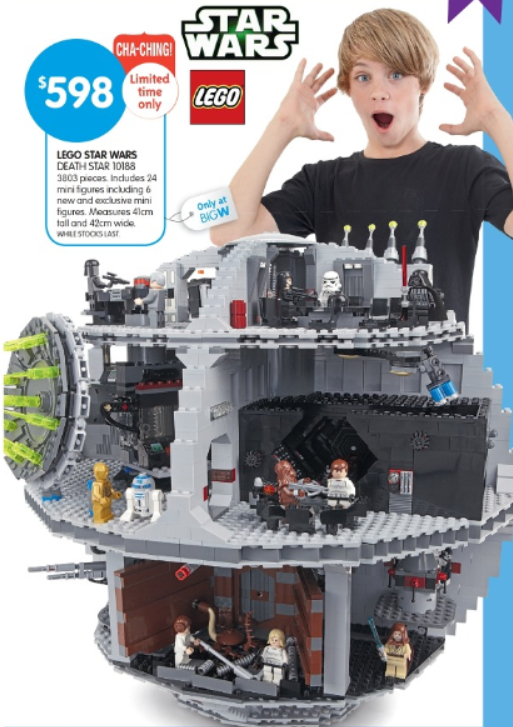 Quite possibly the greatest Star Wars set ever produced, the Death Star is going for $598 (RRP $699). Lego are going to discontinue this set soon, so this may be the last chance for you to get this set on sale. 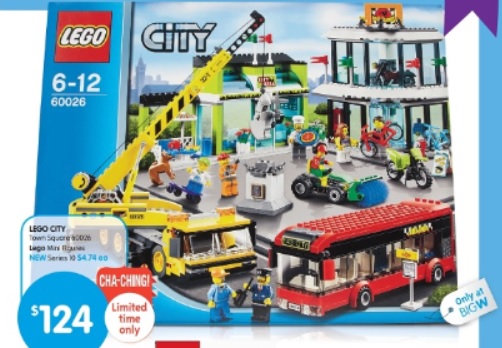 The other big ticket exclusive is the Town Square which will cost you a neat $124. No deep discount for the Town Square as it retails for $129, but Big W is currently the only place to get this set outside of Lego.com.

Some other highlights from the Big W toy sale catalogue include:

Target have a delicious 20% off all Lego, which propels them right to the top of the Australian Toy Sale standings. They also shine when it comes to their exclusives: 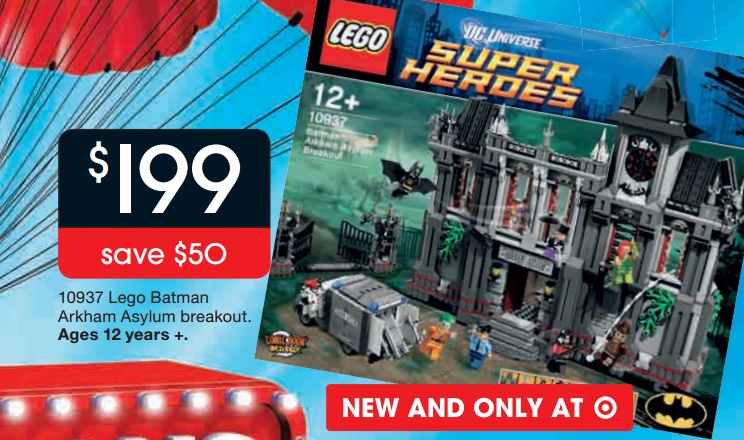 At $199 saving a whopping $50 off RRP, Arkham Asylum is perhaps one of the sweetest deals available this toy sale if you’re into DC Super Heroes. For a 1619 piece set which features Batman, the Penguin, Poison Ivy, Joker in his orange jumpsuit, Harley Quinn and Scarecrow, this set just screams value. 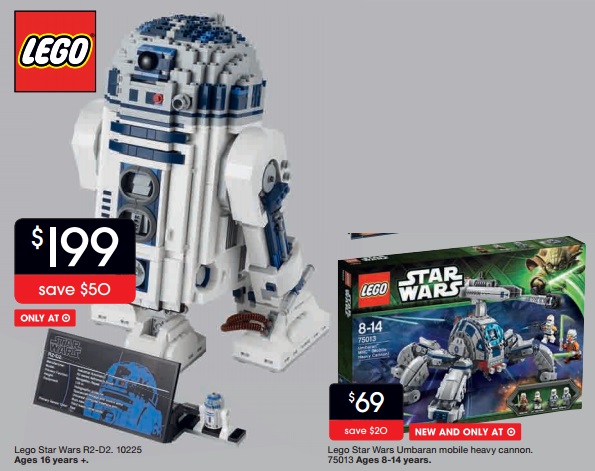 Their other big exclusive is the fantastic R2-D2 which is also at $199. It’s a fantastic set, both to build and display and at 20% off is pretty much a steal. Some other highlights in their catalogue include:

Myer kicked off their Lego sale pretty early this year on the 20th of June. With a blanket 20% off Lego similar to Target as well as a nice slew of exclusives, Myer scores a lot of points this Toy Sale.

Featured on the front page of their Toy Sale catalog, the Horizon Express train set is exclusive to Myer for $124 (RRP $159). It’s a very impressive train set and should highly appeal to train aficionados. 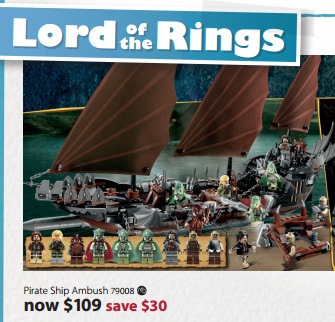 Myer has the cheapest Pirate Ship Ambush in Australia this Toy Sale at $109, down from $139. I’ve bought this set and can’t wait to build it when I have the time. With a whopping 9 minifigs, this is a must-buy if you’re a Lord of the Rings geek like I am.

On to their other exclusives, the much beloved Volkswagen T-1 Camper Van makes a return at $134 (RRP 169). I’m still tossing up on whether I can afford this as this has been on my most wanted list for the longest time. The Sopwith Camel is $99, down from $129 if you’re into World War 1 planes. Mini Modulars are only $79 (RRP $99) and the Kingdoms Joust set is $139 (RRP $179). All in all, very sweet exclusives at very sweet prices.

Toyworld has been pretty quiet this year, without any massive fanfare unlike other toy retailers. For one thing, their catalogue is incredibly hard to get a hold off, but I managed to so you can browse above. They also don’t seem to have a specific window for their sale, so I’m going to assume their deals are good till Christmas. They’re touting their Christmas layby which has no fees and will only requite a 10% deposit and regular payments. 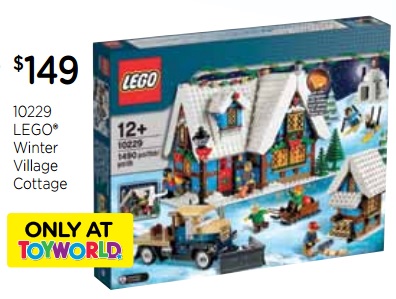 The only set that really stood out in their catalogue was their Winter Village Cottage. I’m a huge fan of the Winter Village series so this will definitely enter my collection at some point. Strangely, the catalogue advertised the Winter Village Cottage at $149 but my local Toyworld (Warragul) has them for $142.50. I’m unsure if it varies from store to store. I would’ve liked it if they had discounted it a little more. Nevertheless, I think this’ll be a popular set as Christmas approaches.

The only other highlight in Toyworld’s catalogue is the Chima set 70003 Eris’ Eagle Interceptor for $34.99 (RRP $44.99), which is the cheapest in Australia right now.

That concludes my roundup of the Australia Toy Sale 2013! If you’re not hunting down exclusive sets or looking to save every dollar, your best bet this toy sale season would be Myer or Target, simply because of their 20% off Lego. Good luck and happy toy hunting!