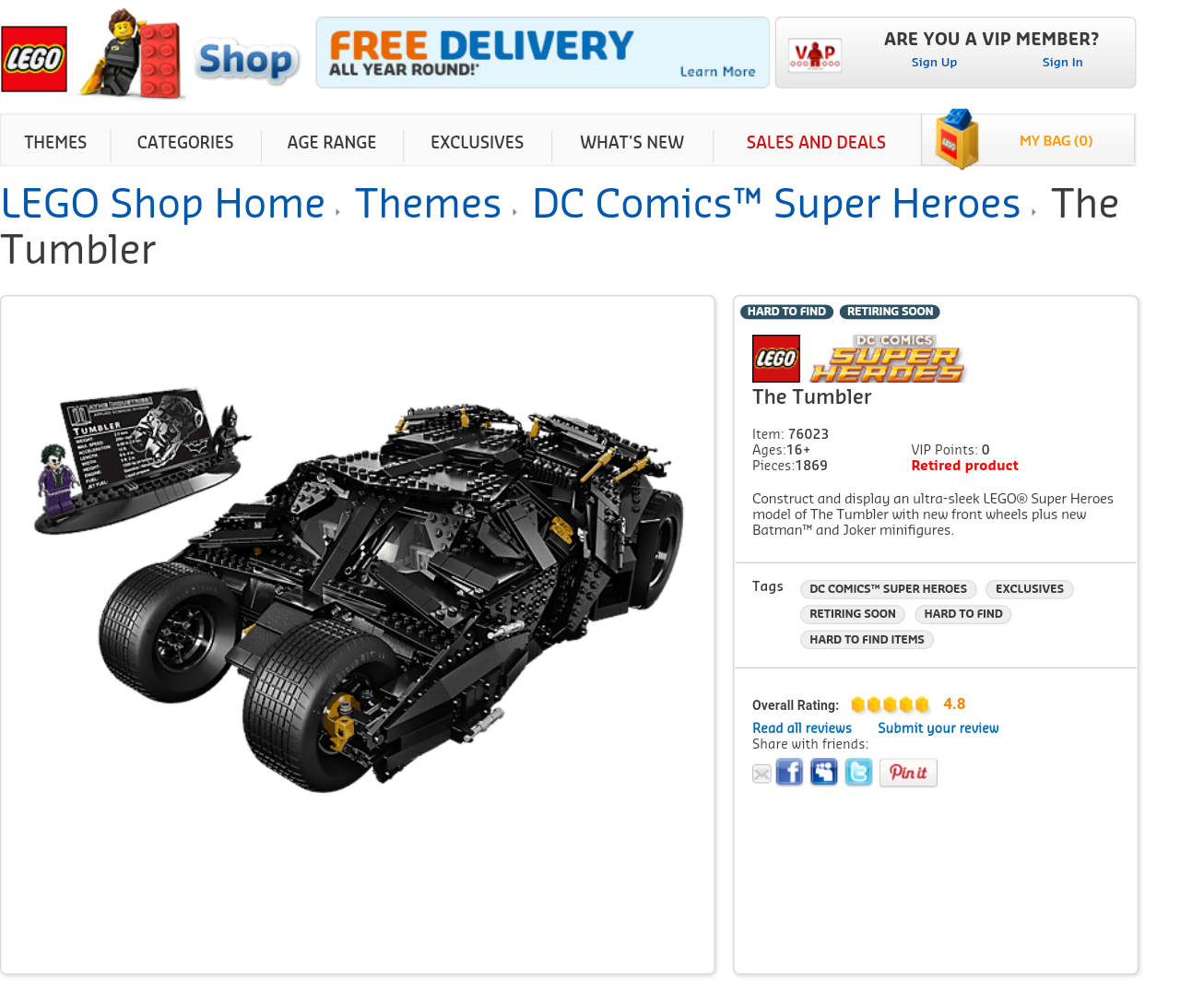 It finally happened – one of the flagship LEGO DC Super Heroes sets, 76023 The Tumbler has been officially retired on LEGO.com’s Australian, UK and European stores.

The Tumbler is still available on the American LEGO online store, so those in the US still have time to pick it up. I expect it to properly retire in the US when the new 2016 sets become available on LEGO.com.

The 1869 piece behemoth based on the iconic vehicle from Christopher Nolan’s critically acclaimed trilogy of Batman movies barely lasted 2 years before being hit with an early retirement.

For Australians, the set only made it to retail at Target as an exclusive in 2015 during the mid-year toy sale so the sudden retirement doesn’t bode well for collectors.

If you missed out on The Tumbler, I highly recommend getting the set online before the price inevitably skyrockets. I fully expect this set to hit the AU$700 price point by June next year on the secondary market.

UPDATE: Looks like the Tumbler has sold out at Barnes and Noble. Hope you managed to snag one!

Do note that because the set comes from the US, there is a slight risk that the box might get damaged en route. If you’re particular about having a pristine box, I’d recommend paying extra for Express Shipping.

Hope this helps! Let me know in the comments if you were lucky enough to get The Tumbler before it retired!