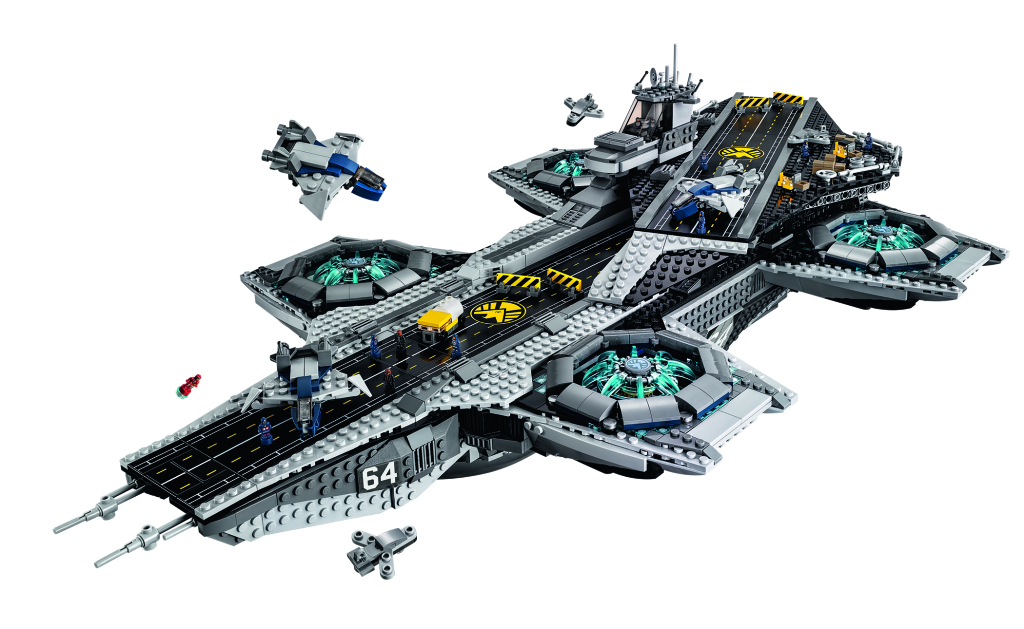 UPDATE: The UCS SHIELD Helicarrier’s Australian price is… $499.99! WHAT A GREAT PRICE POINT! The Australian release date for this set is 19 February 2015 and it will be exclusive to LEGO.com for the time being.

The LEGO Group has officially announced  the first UCS (Ultimate Collector Series) Marvel Super Heroes Set – the S.H.I.E.L.D. Helicarrier. It was great waking up to the news and gorging my eyes on the beautiful official photos of this gargantuan set.

Constructed out of 2996 pieces, this set represents the most ambitious Marvel Super Heroes set yet and should tie in well with the upcoming Avengers 2. When a grainy tiny picture of this set leaked yesterday, I was initially quite apprehensive as I thought it looked quite small. Upon seeing the official images, it’s safe to say that I want it. 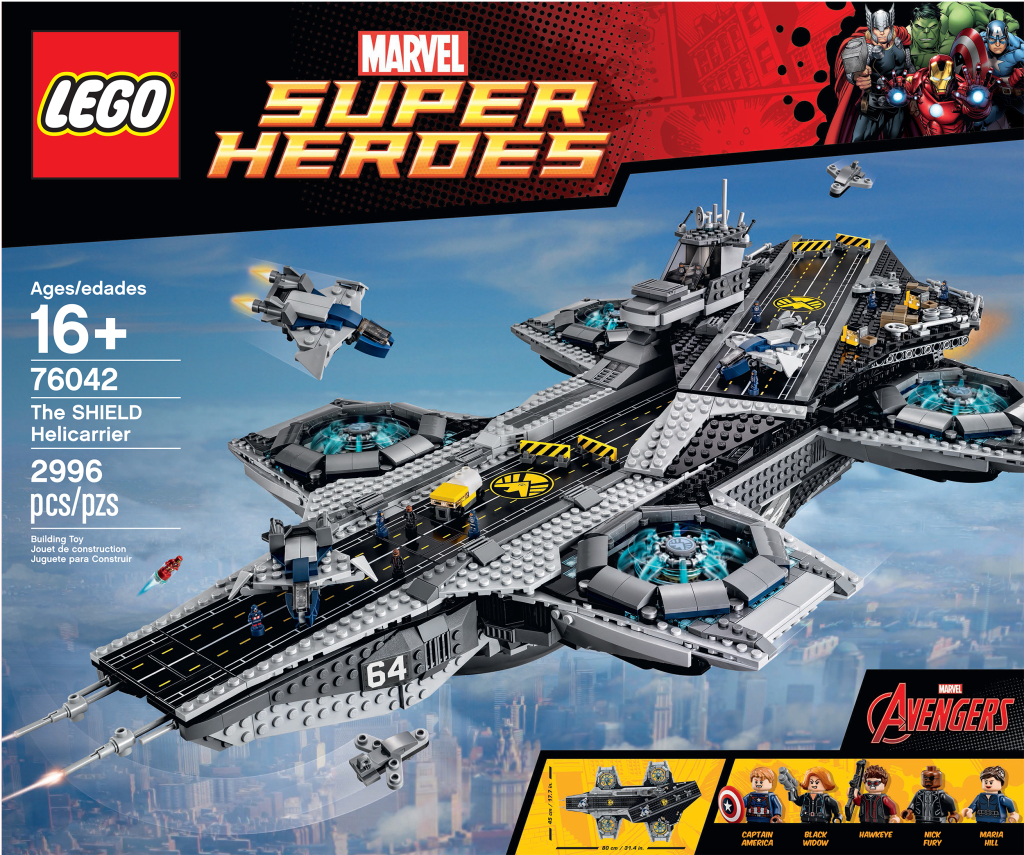 If the rumours are right, we’re looking at a mid-February release for VIP Members, and the general release date will be in March. That should also be around the same time the new Avengers sets go on sale as well. The Australian price for the UCS Helicarrier is still unknown but it will cost $350 in the United States.

I would be pleasantly surprised if this set is priced below $500 here.

As with all major LEGO releases, we also get an informative video by designer Marcos Bessa who shares some additional insight into the set. It looks like there’s going to be a lot of Technic influences in the set, which isn’t usually my cup of tea. 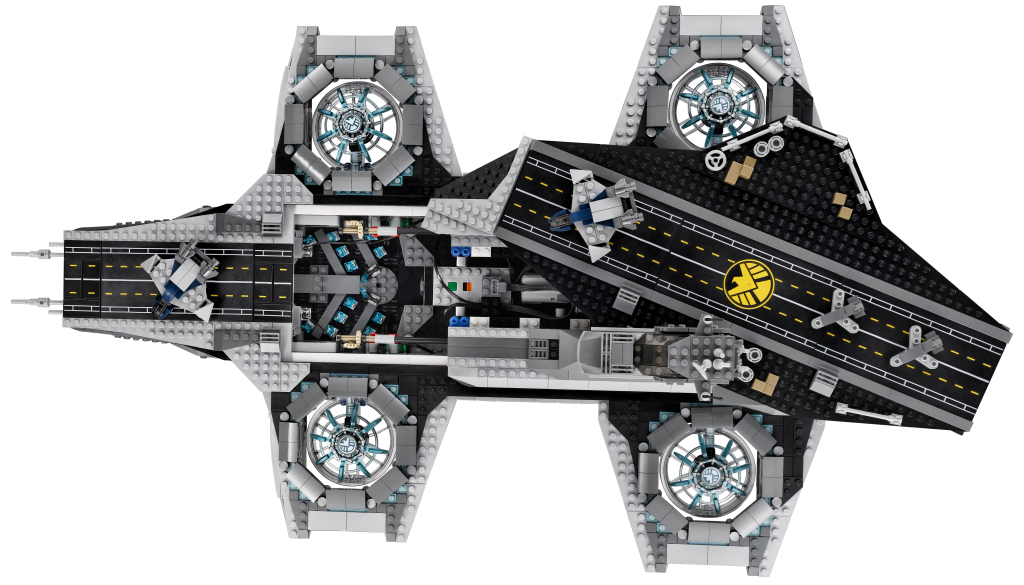 That said, the set looks impressively awesome and should be a must-buy for any LEGO Super Heroes fan. The Helicarrier is a huge part of the Avengers and Captain America movies, so it’ll be great to have this behemoth on display. Speaking of display, I have no idea how I’m going to afford or display this in my home, but I will find a way. 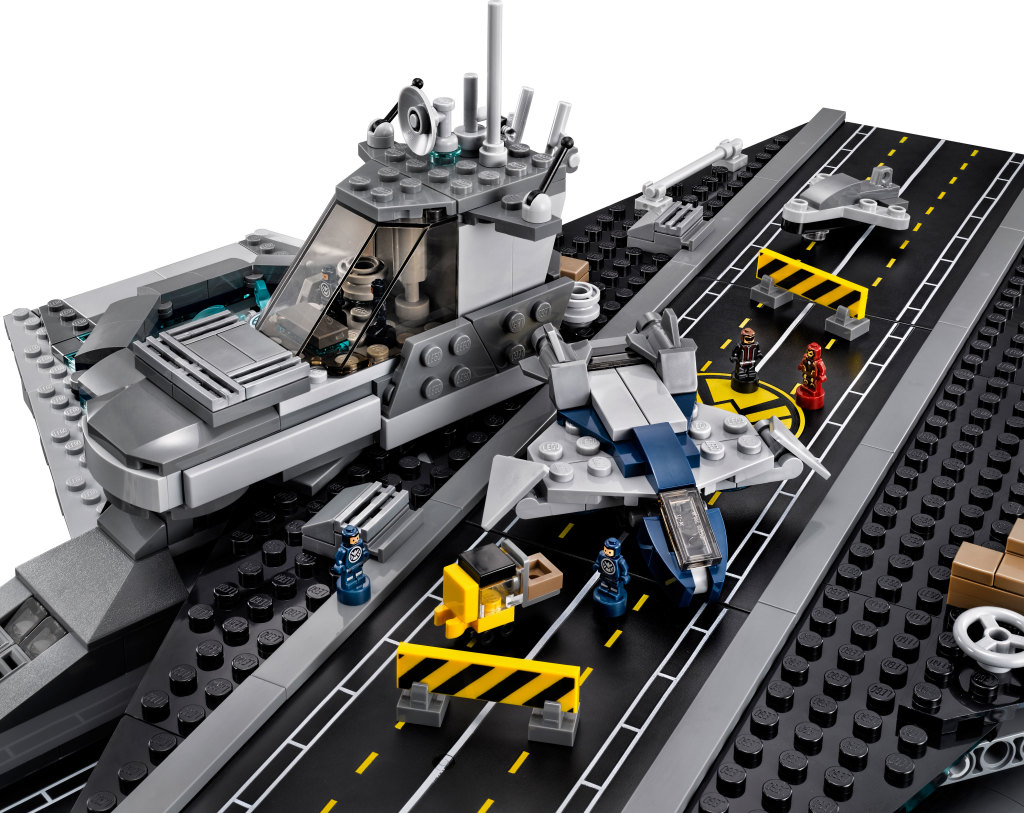 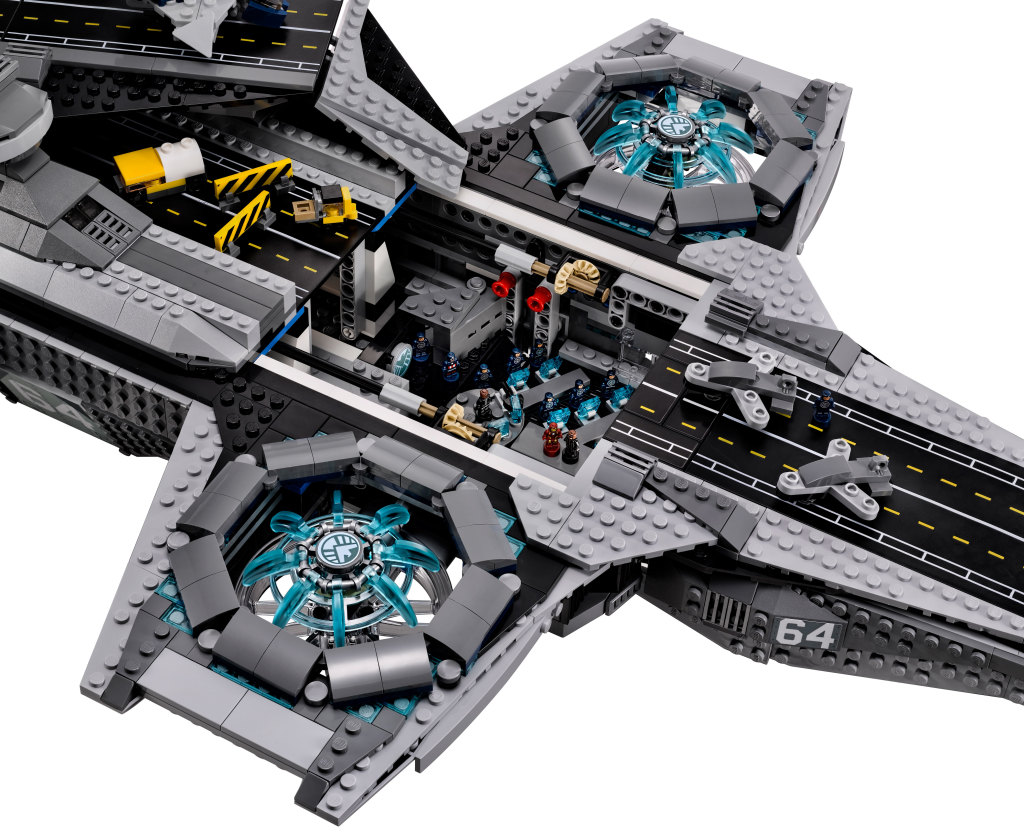 I quite like that they made this a micro-scale model, which I feel adds a lot of fun and playability to the set. Having all the little Quinjets and microfigures around really helps make the size and scale of the UCS Helicarrier become apparent – which IMHO, is the right move. 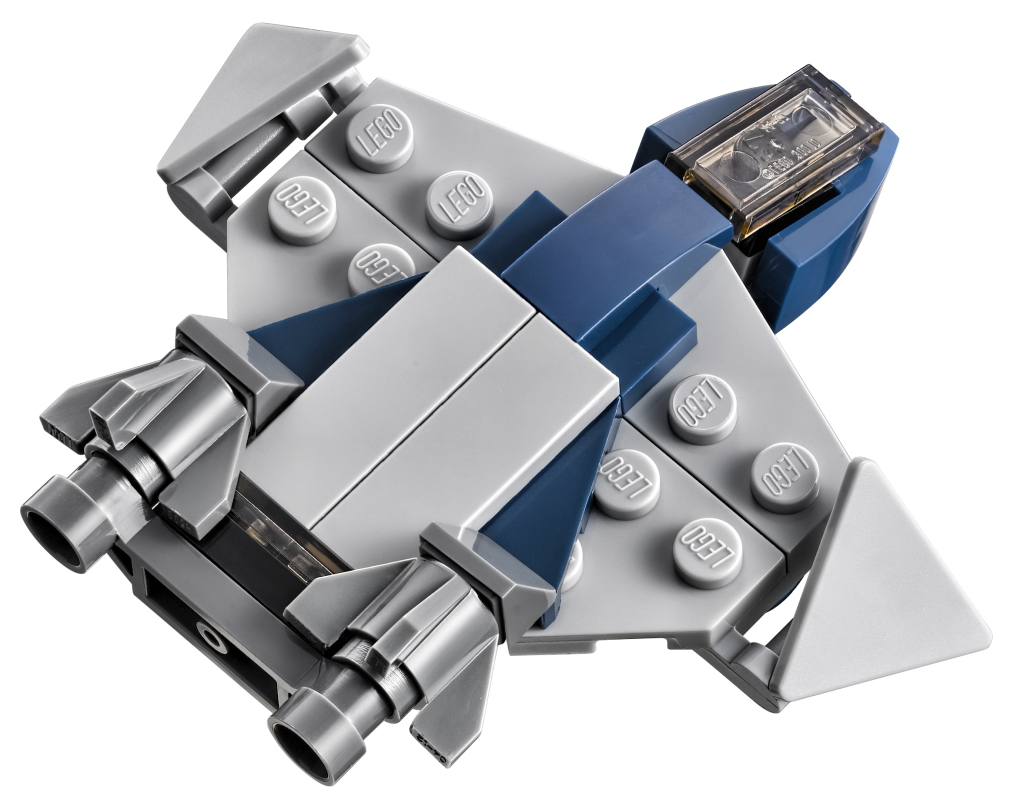 Some LEGO fans may have been disappointed as they were probably expecting a Super Star Destroyer-sized Helicarrier, but I think for all intents and purposes, the size is just right. Can’t wait to actually get play with this in real life.

Another interesting thing to note in both the video and the official press release is that they’re using the term Microfigures to describe these characters you see above. I thought that  was a little odd, as Microfigures were previously used to name the small characters that you got in the LEGO Games. The ones above were previously Trophy Pieces but it looks like LEGO are going to expand the utility of these Microfigures. 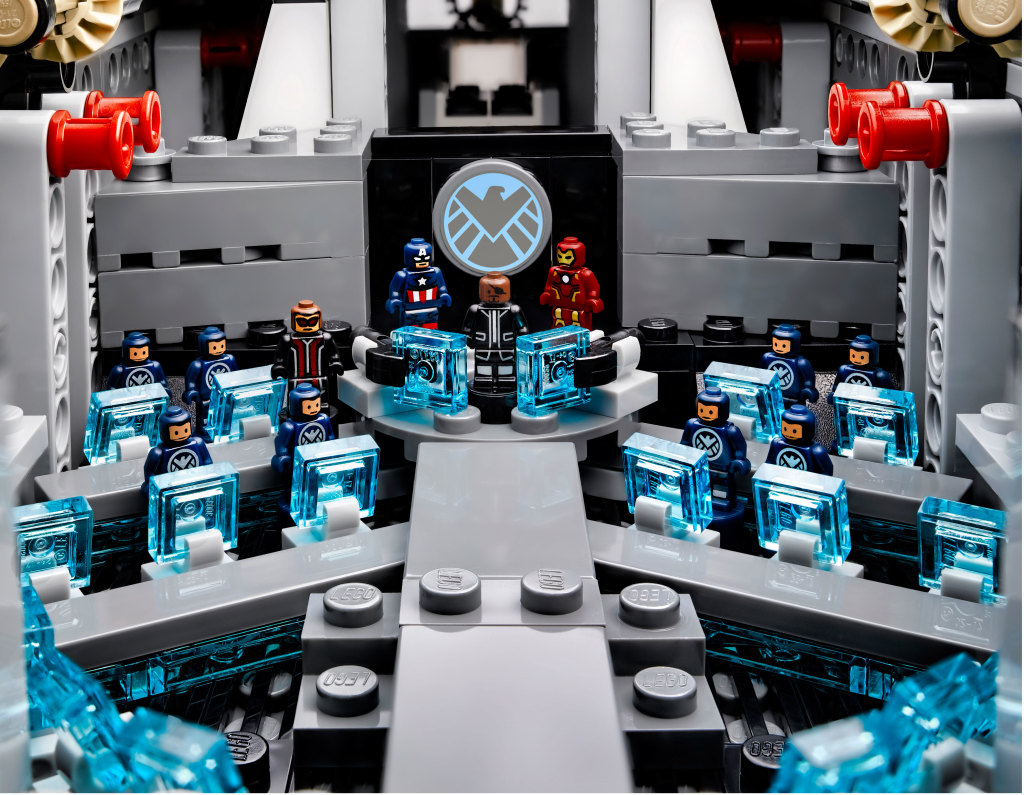 Anyway, the Microfigures included are great, they’ve all got neat little details and we get miniature versions of Iron Man, Captain America, Hawkeye, Nick Fury as well as a whole legion of SHIELD Agents that you can place around the Helicarrier. They particularly look great in the bridge section of the Helicarrier!

I have to say that the minifigure selection of the LEGO UCS Helicarrier is by far its weakest part of the set. I love that we get a MCU (Marvel Cinematic Universe) version of Nick Fury as well as Maria Hill (yay), but Captain America, Black Widow and Hawkeye leave much to be desired. In fact, I think that Captain America and Hawkeye are the same versions included in the upcoming wave of Avengers sets. Black Widow seems to have a slightly different outfit, which is a nice little consolation.

I am very disappointed that LEGO didn’t include a Phil Coulson minifigure in this set. It’s a huge oversight in my opinion as Coulson is quite an essential character in the MCU. For crying out loud, he is currently Director of SHIELD!

Another glaring omission that I can think of is a Bruce Banner minifig since he doesn’t show up in the new wave of sets as well, but that’s a minor thing and not as grave as a Phil Coulson minifigure-sized hole.

So, what do you think of the UCS Helicarrier now that you’ve seen official photos? Let me know in the comments!