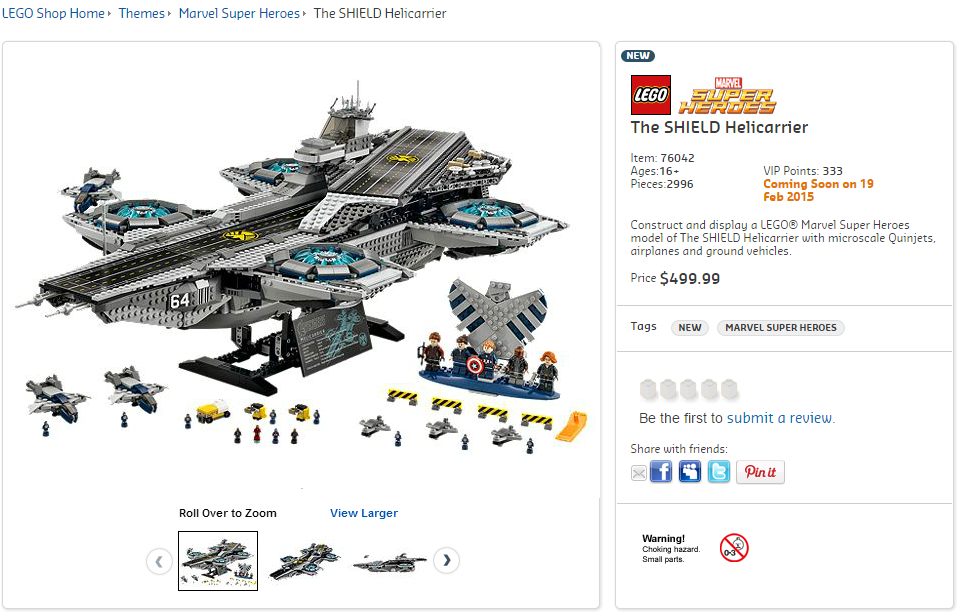 What amazing news to wake up to. LEGO.com has the listing for the upcoming UCS SHIELD Helicarrier and with it the confirmed Australian price and release date – $500! It will be released on 19 February 2015 for VIP Members ahead of its general release date of March 2015.

I have to say that I was fearing the worst about the Helicarrier’s price ever since it was announced that it would cost $350 in the United States. With how weak the Aussie dollar has been against the USD, AU$500 is a fantastic price – we’re pretty much getting this at US RRP, give or take 50 bucks. Maybe this will get people to quit whining about how Australia keeps getting screwed over

This has pushed me over the line, and I will most likely be picking this up at release.

Adding on to the Helicarrier hype, Chris McVeigh aka PowerPig has produced a great chart which shows off the relative size of the UCS Helicarrier compared with some of the recent Big-Boys-LEGO releases. What do you think of the UCS Helicarrier’s price?