Update: Happy April Fools’ Day if you couldn’t tell already! Hope you enjoyed the gags (don’t forget to check out the LEGO James Bond gag too)!

For other LEGO April Fools’ jokes across the web, be sure to check out:

The Billund-based multinational intends to use a blockchain-based cryptocurrency to further expand its offering of popular building building blocks, and appeal to a new generation of kids who are accustomed to digital play experiences.

Recently installed CEO of The LEGO Group Niels B. Christiansen announced Brickcoin at a special media event at The LEGO House as one of its initiatives to commemorate 60 years of the brick.

“With 60 years of experience in building blocks, expanding into blockchain technology was inevitable for LEGO. We see tremendous amounts of synergy from this initiative and it was a perfect way to repurpose all the extra LEGO we made that didn’t sell“, said Mr Christiansen.

LEGO claims that its foray into cryptocurrency was a strategic business move to address declining revenue. “Everybody is making money from crypto these days, so it would be silly if we didn’t take advantage of this low-risk investment opportunity” added Mr Christiansen. 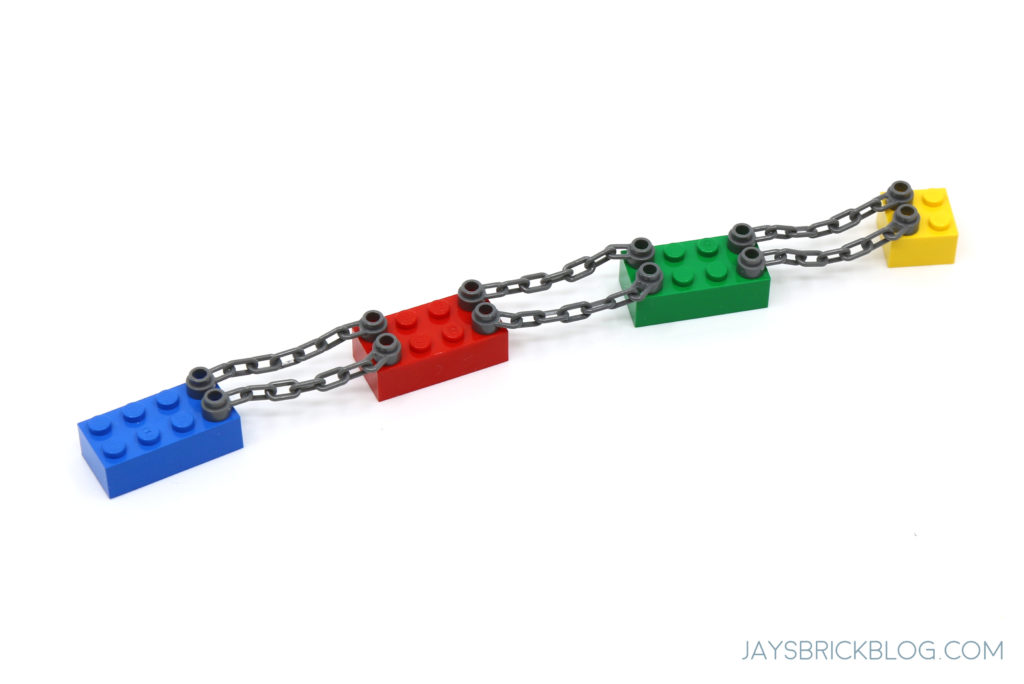 Traditional cryptocurrencies like Bitcoin, Ethereum and Bitconnect are often perceived as complicated technological and financial instruments that require a Ph.D in Software Engineering to fully comprehend.

Brickcoin is designed with simplicity in mind, to cater to LEGO’s core demographic of kids aged 6 – 10.

At the event, LEGO’s CEO performed a live demonstration of the deceptively simple technology that underpins its new cryptocurrency. 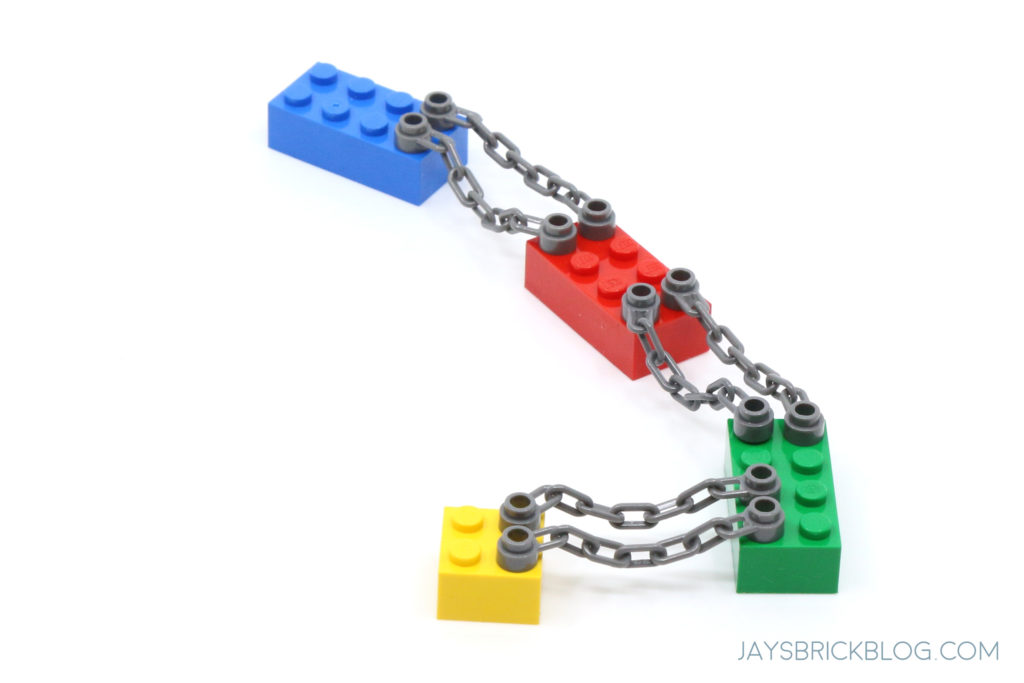 You take any LEGO brick, attach two chains to it at any stud, and connect it to an adjacent brick. Do this multiple times and you have a blockchain!

Unlike traditional cryptocurrencies which require tremendous amounts of computing power and electricity to mine digital tokens, the mining process for Brickcoin will be tied into upcoming LEGO sets.

This is going to be THE most accessible cryptocurrency ever. You won’t need an entire array of GTX 1080s to mine Brickcoin.

Children are encouraged to build LEGO sets and mine specially printed 1 x 1 round tiles which act as physical Brickcoins, which can then be redeemed through your individual LEGO VIP account which acts as a crypto wallet. 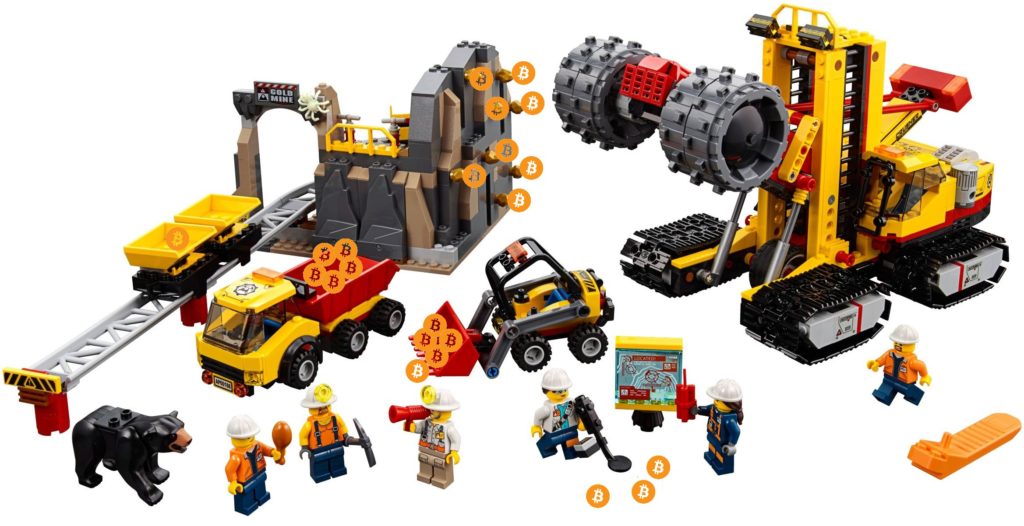 LEGO are tight-lipped over the upcoming sets and themes that will feature Brickcoin mining as a play feature, only releasing a promotional image above as a teaser.

The LEGO Group CEO Niels B. Christiansen is also optimistic that Brickcoin will appeal to AFOLs (adult fans of LEGO), which is becoming an increasingly important target demographic for LEGO.

Everybody knows that LEGO is a better investment than gold or shares, but with Brickcoin, we intend to further cement the public’s perception of LEGO as a premier financial investment.

With AFOLs now moving away from hoarding chase minifigures, modulars and Star Wars UCS sets as they run out of storage space in their homes, Brickcoin was conceived as a space-efficient way of investing in LEGO. 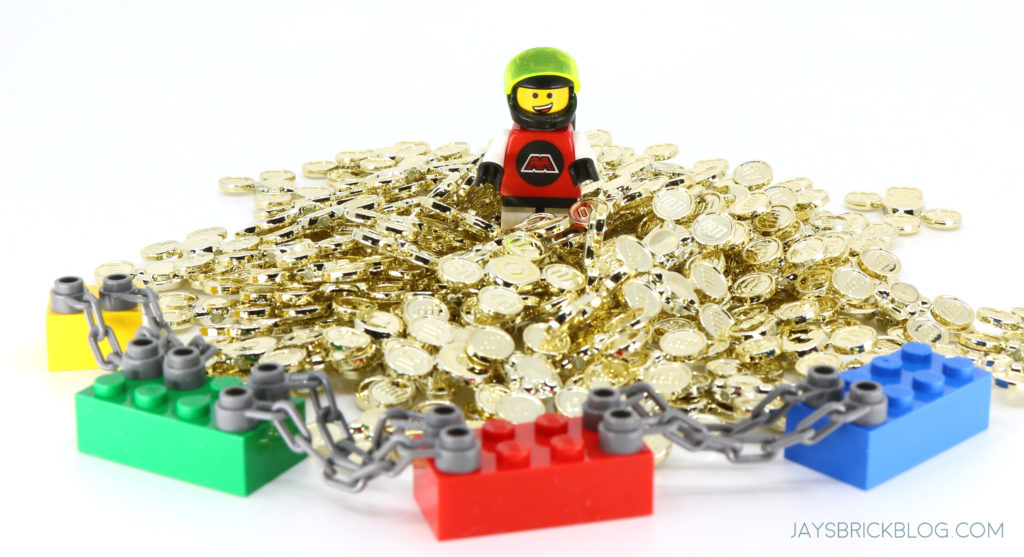 LEGO investor or crypto mogul? Why not both?

“No one has ever lost money investing in LEGO or Crypto, so this truly is the best of both worlds”, said Mr Christiansen.

We’re further appealing to AFOLs by only releasing a limited number of Brickcoins each year, however fans can earn additional digital tokens by purchasing specially marked Creator Expert or Star Wars UCS sets.

“Sure, this means that they’ll have to open and build LEGO sets that they’ve traditionally kept BNIB and in pristine condition to mine the Brickcoins, but we see this initiative as essential to help AFOLs discover the true meaning of play.” said Mr Christiansen.

“Plus, the value of cryptocurrency only ever goes up, so in the long run even if AFOLs lose the premiums they’d get from selling sealed retired sets, they will more than make it up in their crypto portfolio gains”, he also added.

Brickcoin will be officially released in the third quarter of 2018, just in time for the Christmas gift-buying frenzy. LEGO has high hopes that kids and adults will still have cryptocurrency as their number 1 gift choice at Christmas, banking on the fact that “there’s nothing more fun or exhilarating than playing with made-up money”.

Be sure to express your interest in Brickcoin by opting in on your LEGO VIP account. It’s free for anyone to register, so get in quick if you’d like to make a quick buck!

Personally, I’m pretty excited about this development. I think it’s the most innovative thing that LEGO have done since they allowed Hot Dog Guy to be used as legal tender at LEGO Brand Retail Stores.

Let me know in the comments what you think of this announcement!